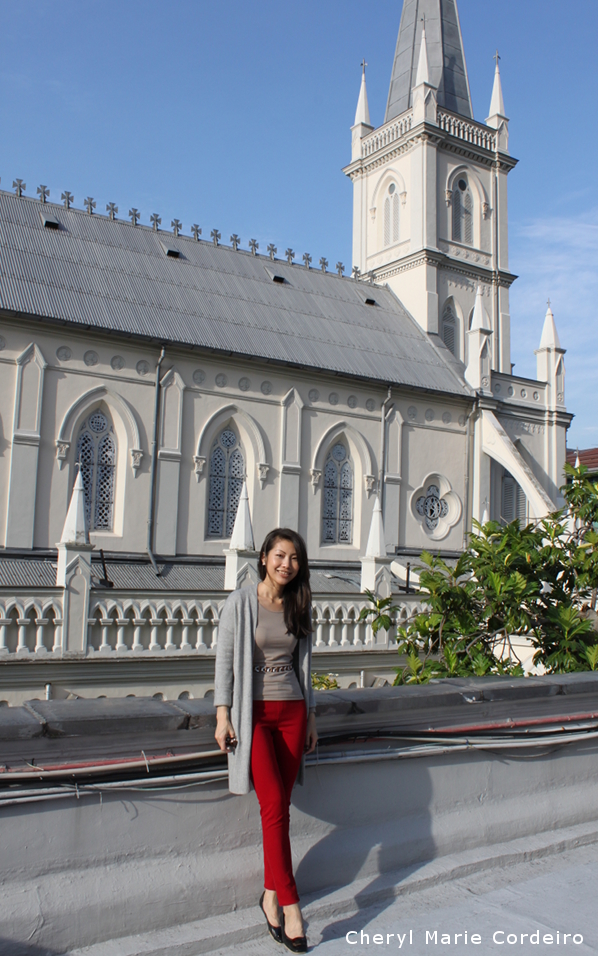 The CHIJMES cluster of buildings along Victoria Street is what to me remains as one of the more beautiful architectural features in the changing landscape of modern Singapore.

Having grown up in another Convent of the Holy Infant Jesus (CHIJ), I feel right at home strolling the grounds of this one in the heart of the city. From the rooftop, you’ll get a good overview of the courtyard and the corridors of adjacent buildings that lead to once classrooms, today turned into office spaces.

The Chapel’s gothic architecture is breathtaking when basked in the morning light, in the quiet hours just prior to the rush of the city’s daily traffic. 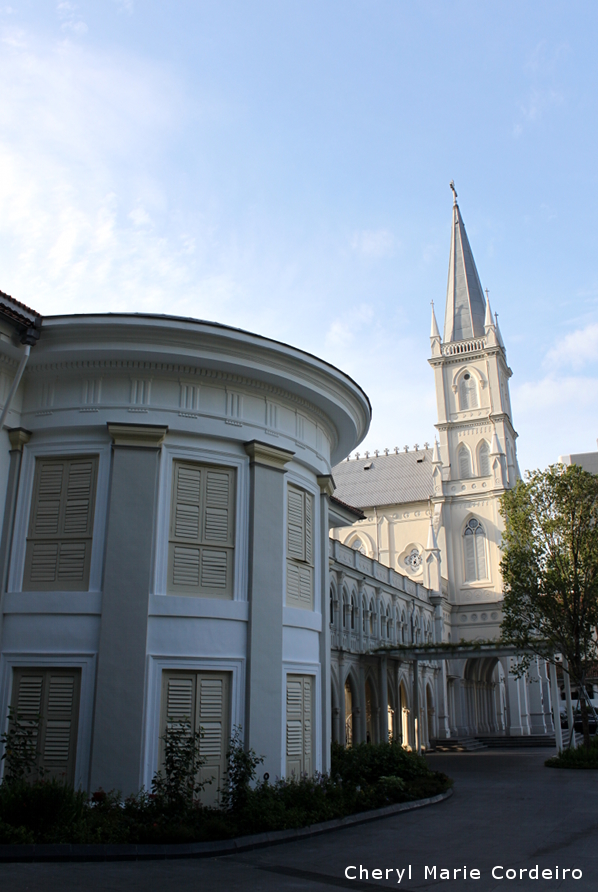 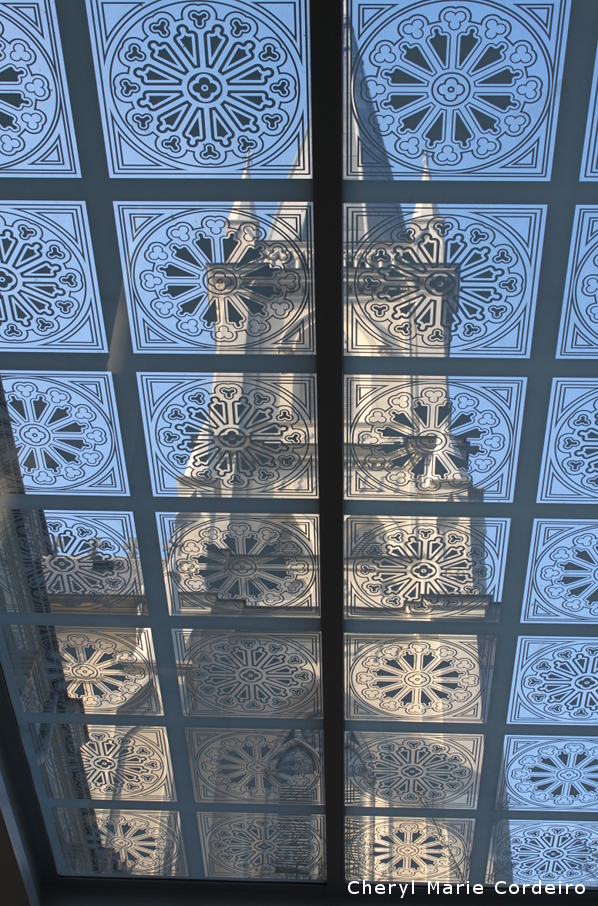 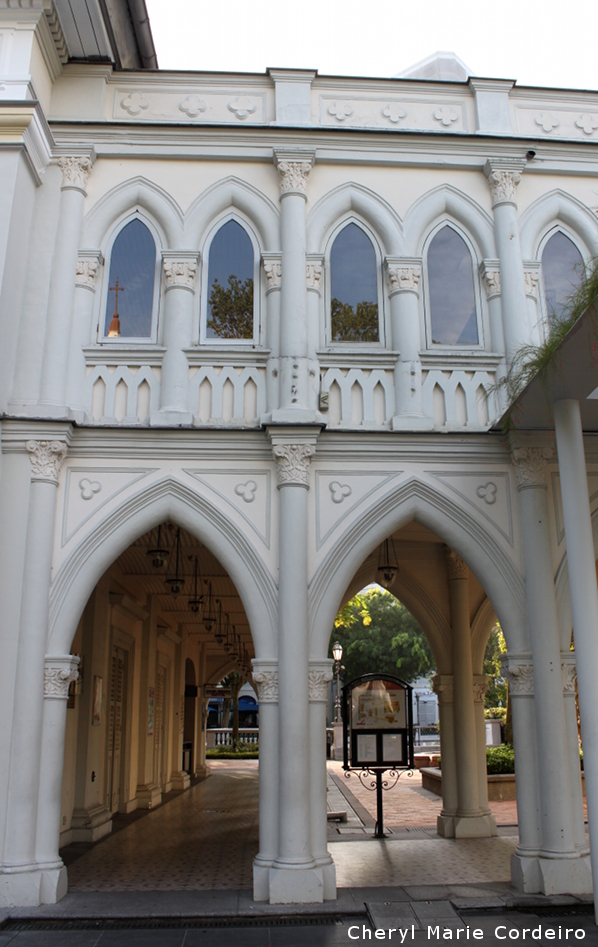 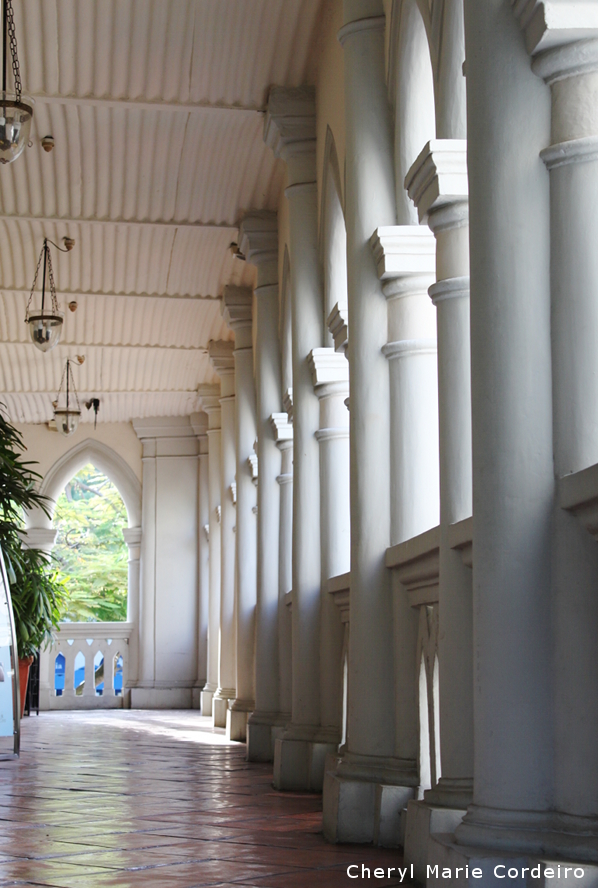 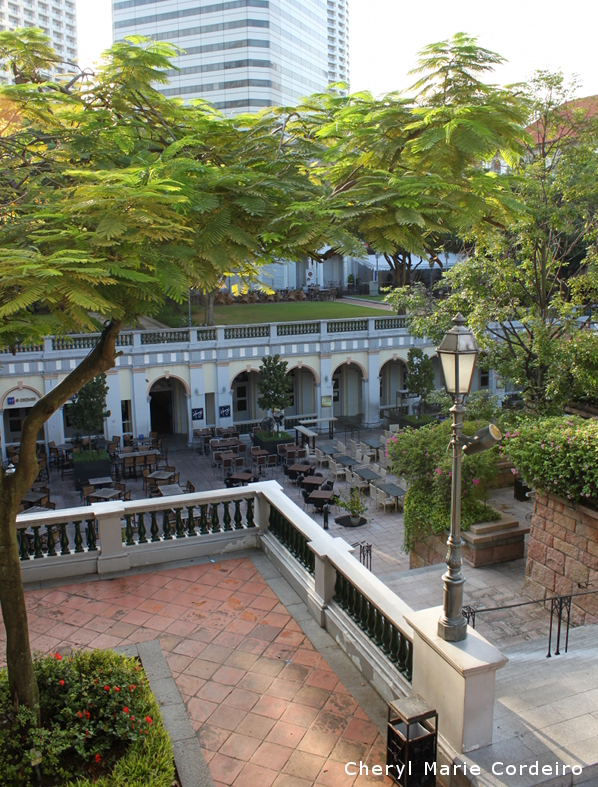 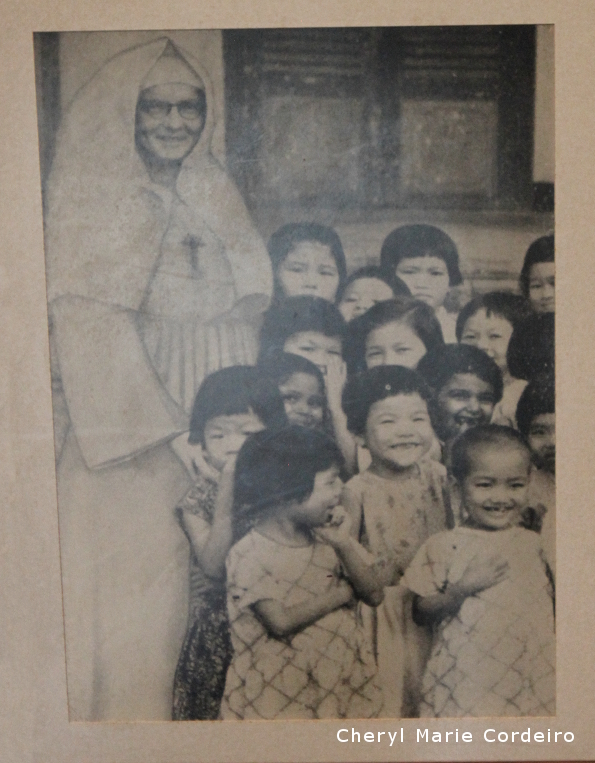 The Convent of the Holy Infant Jesus (CHIJ) Sisters has had a history of facilitating education for young girls during the most trying of socio-economic times. Founded in France in 1661 by French Minim Friar and Catholic Priest Nicolas Barre, who often spoke of the values of “instruction and education” that would respect each child’s uniqueness to be developed, the missionary had some of its original education venues along rue des Carmelites in France. The missionary was established in Singapore in 1854. 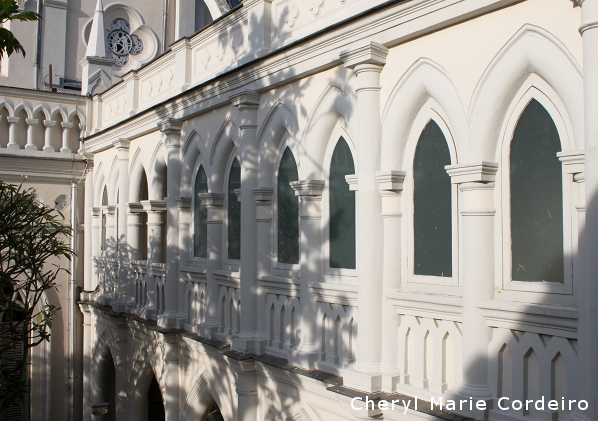 Singapore Management University (SMU) Administration Building, as seen from the rooftop of CHIJMES.