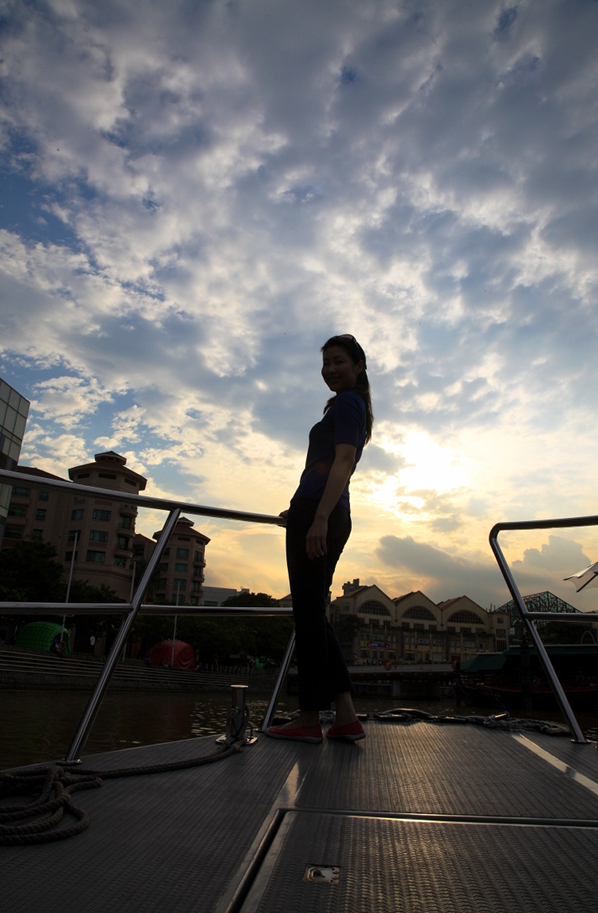 For anyone coming to Singapore for the first time, or the occasional visitor who wants to check what’s up in the city, the Singapore River with its numerous landmark bridges and quays is the natural place to start.

Since the founding of Singapore in 1819, the Singapore River has been the center for much of the island’s trade and economic activities.

Boat Quay
The area around the mouth of the Singapore River was known as the Old Harbour. This was the busiest part of the port, with most trade taking place along the south bank of the river, at Boat Quay.

As early as 1822 this area was designated to be developed as a Chinese settlement, after which the Chinese, mostly traders and labourers, settled here in large numbers. Conditions were squalid but Boat Quay flourished, rapidly exceeding in volume the trade on the north bank, where the Europeans had their offices, houses and government buildings. 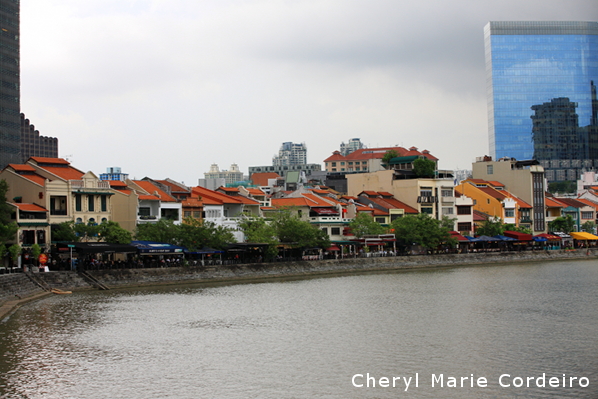 Mid-19th century and onwards
From the opening of the Suez Canal in 1869 the new steamships started calling at the port of Singapore. Hundreds of bumboats would fight for limited berthing space. Incoming cargo were laboriously carried from the ships anchored outside of the river mouth. Sacks of goods streamed into the road on the shoulders of coolies. Here was a brisk trade of raw material such as rubber, tin, and steel to food and manufactured goods.

Only in the 1960’s did the commercial importance of Boat Quay start to decline as the ships grew and the role of the bumboats in the shipping industry was superseded by mechanized container handling. 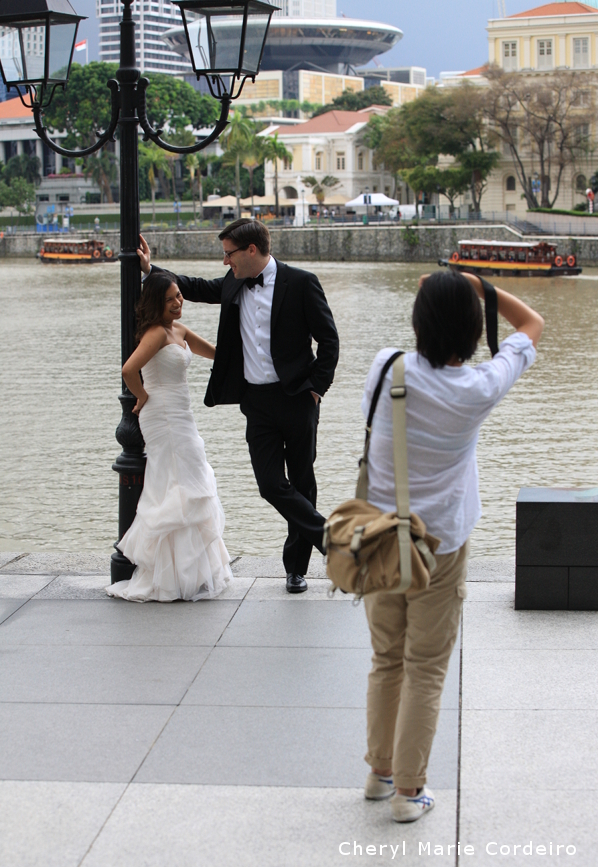 The romantic aura of the Singapore river makes it a popular place for wedding photographers. In the background, the Asian Civilization’s Museum on the opposite side of Boat Quay. Nearby is the landing point of Sir Stamford Raffles.

The shophouses have been carefully conserved and are now home to various bars, pubs and restaurants. In the backdrop are buildings to Singapore’s modern financial center, Asian headquarters to many international banks. 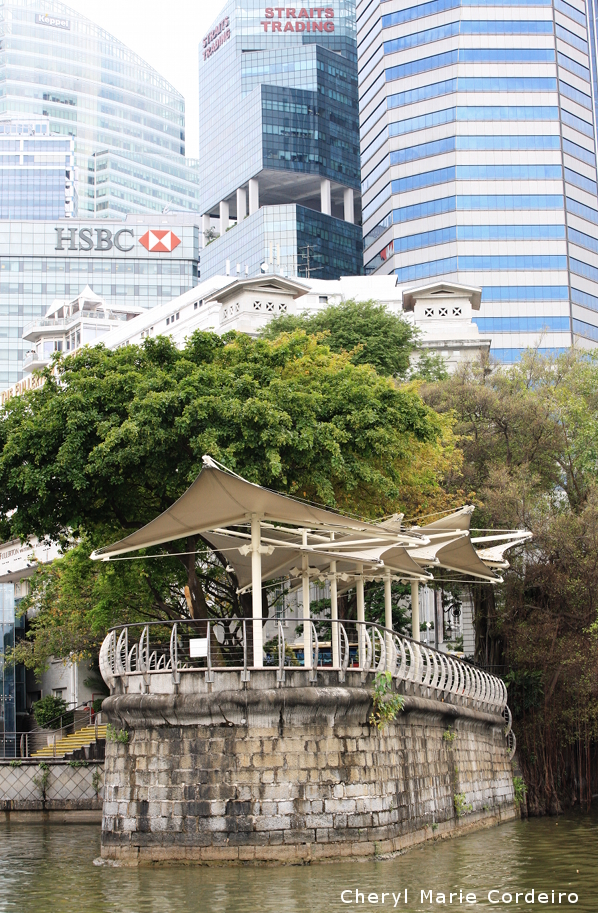 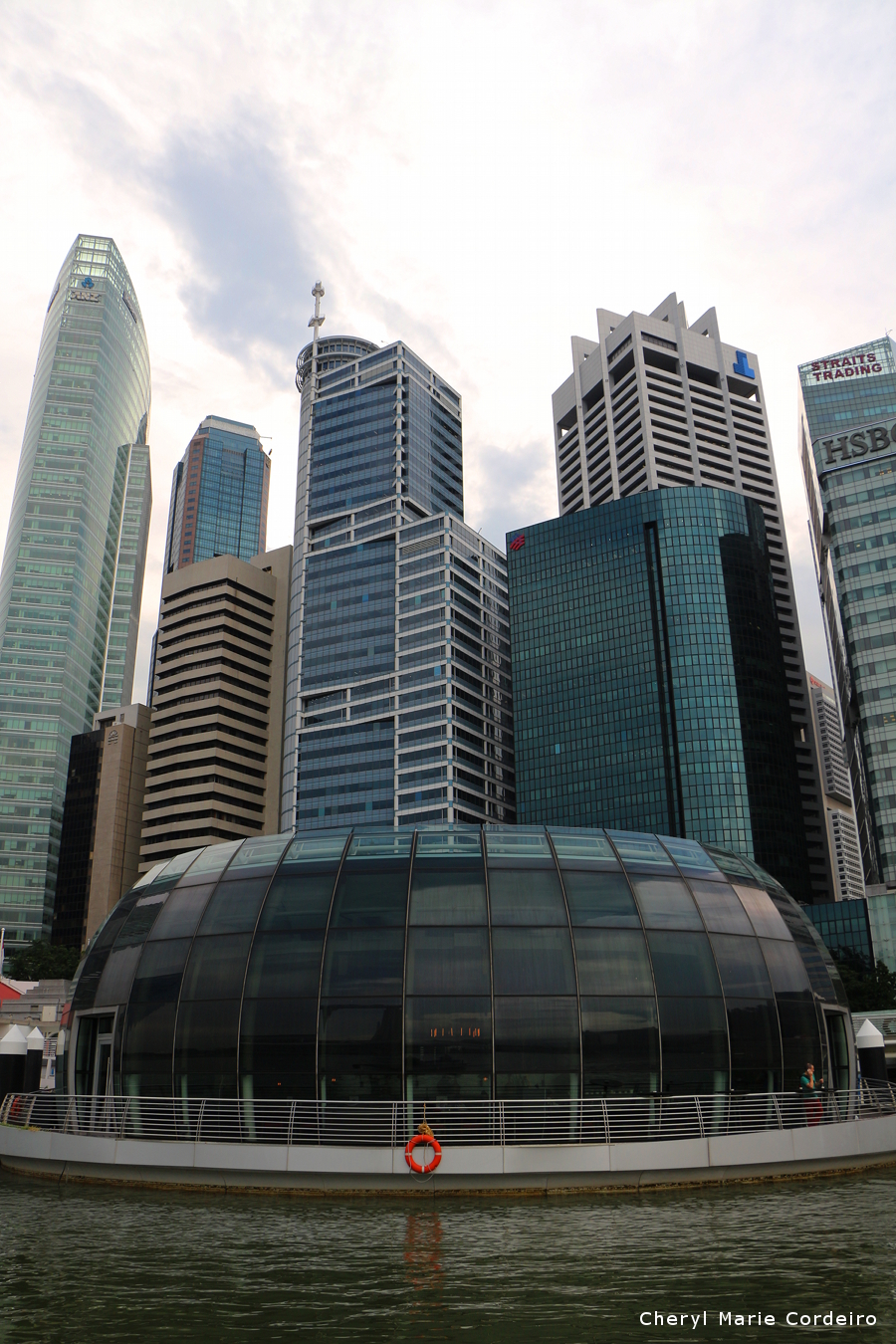 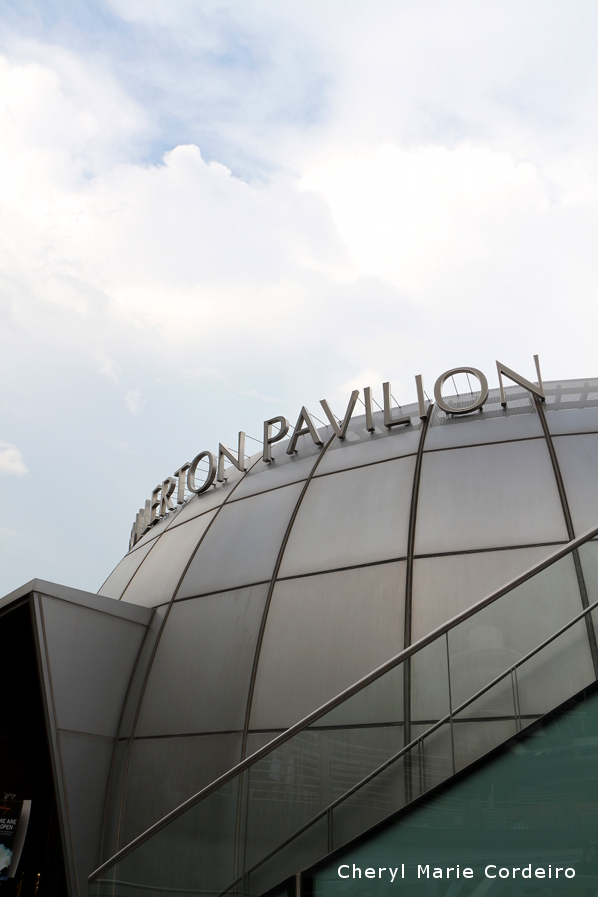 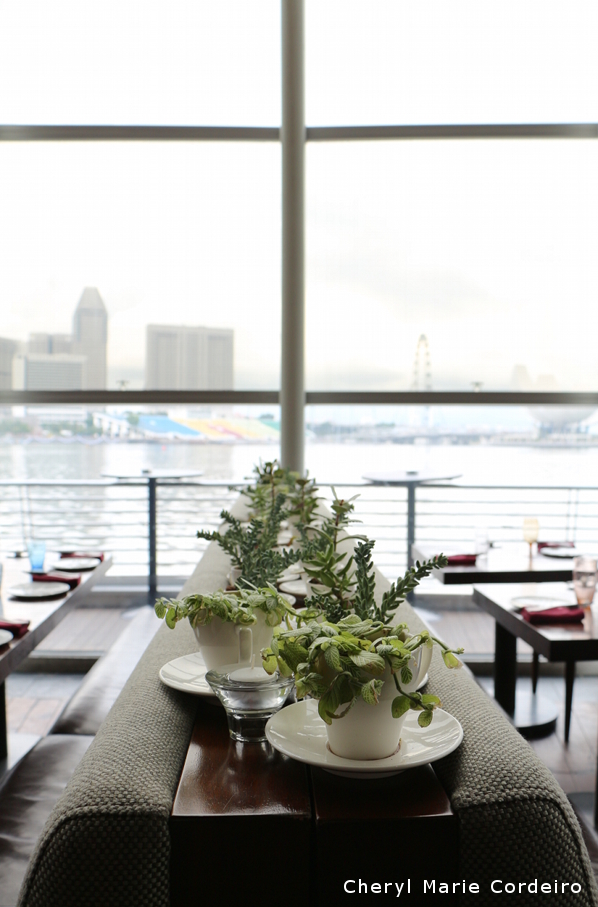 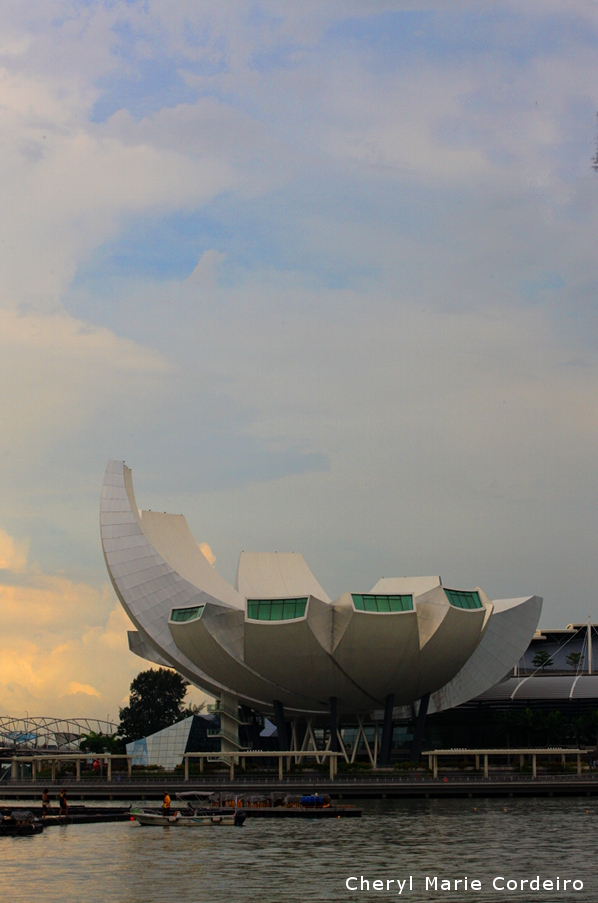 The world’s first ArtScience Museum at Marina Bay Sands is the Museum of Creativity. The museum does not have any collection by itself but is planned to work as a venue for international touring exhibitions.

The best way to visit the Marina Bay and the Singapore River is still by boat. Either taking a cruise with the old Bum Boat tours, or using the new Water Taxi that would take you around Marina Bay and along Singapore River with as many as 24 boat landing points to choose from, with fares from an affordable S$3 and onwards. 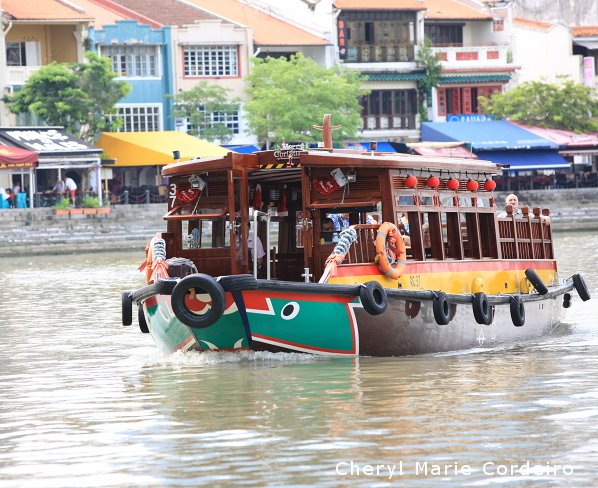 These days, more residential areas have been built upriver from Clarke Quay towards Clemenceau. Though probably catering just as much to residents of the area, the river taxi is just as apt for a quick sightseeing tour. It easily covers the Singapore River upstream from Clemenceau, down to Clifford Pier and the Esplanade. You’re certainly invited to hop off to visit any of the attractive pubs and eateries along the way, especially around Boat Quay, else you could also continue all the way up to the newer pubs and eateries in the currently developing area north of Clark Quay. 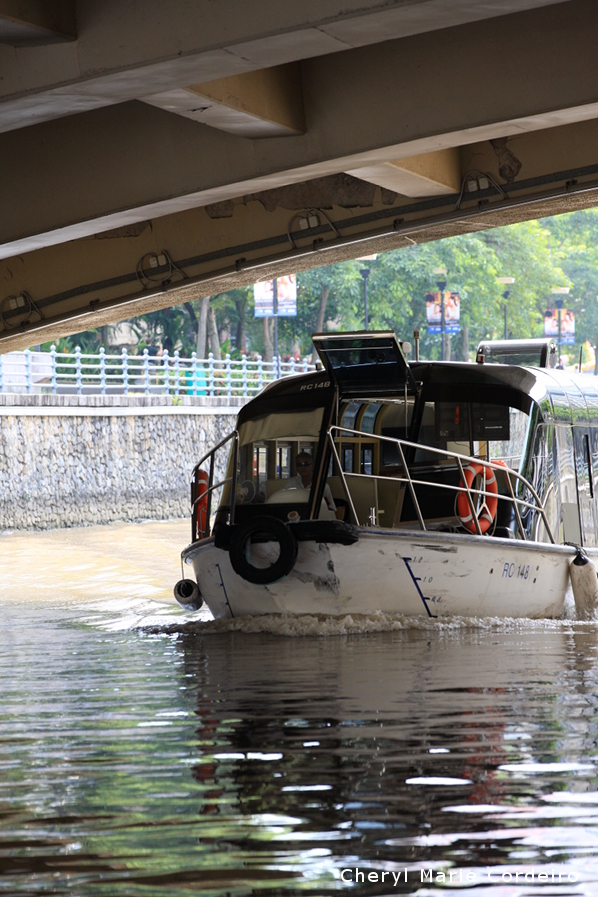 The River Taxi offers a speedy means of communication
and it’s a pleasant alternative for a quick tour along the river. 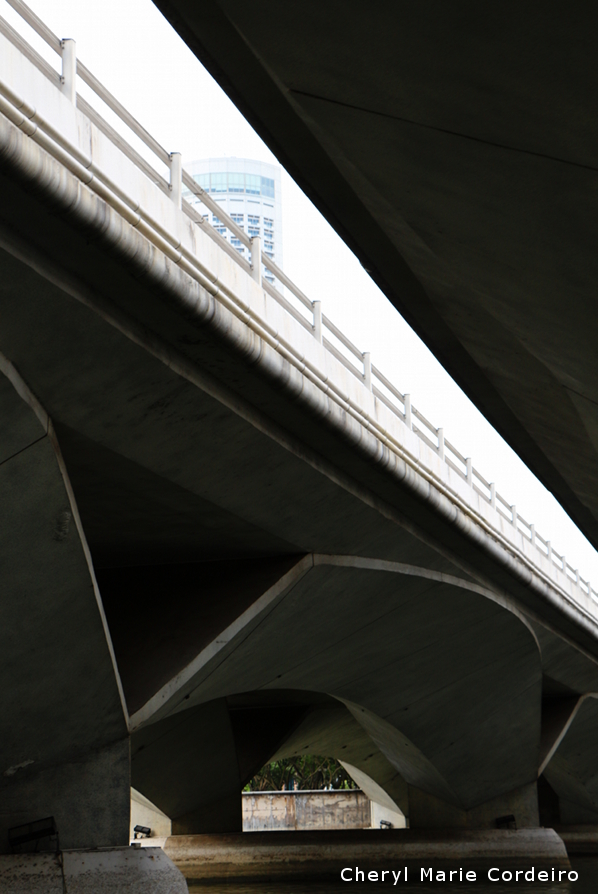 Except from during occasional tropical rainstorms, you can sit outdoors on deck on these river boats, look at the view and just enjoy the ride.

It beats the MRT or driving and there will still be a lot to cover by foot, should you feel like shopping or seeking out which of the hundreds of small interesting looking restaurants suits just right for this day’s lunch. 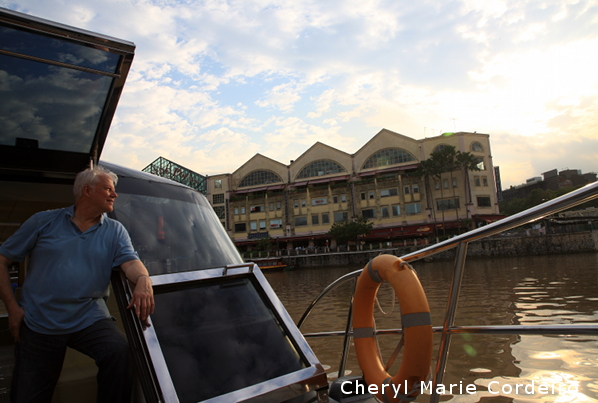