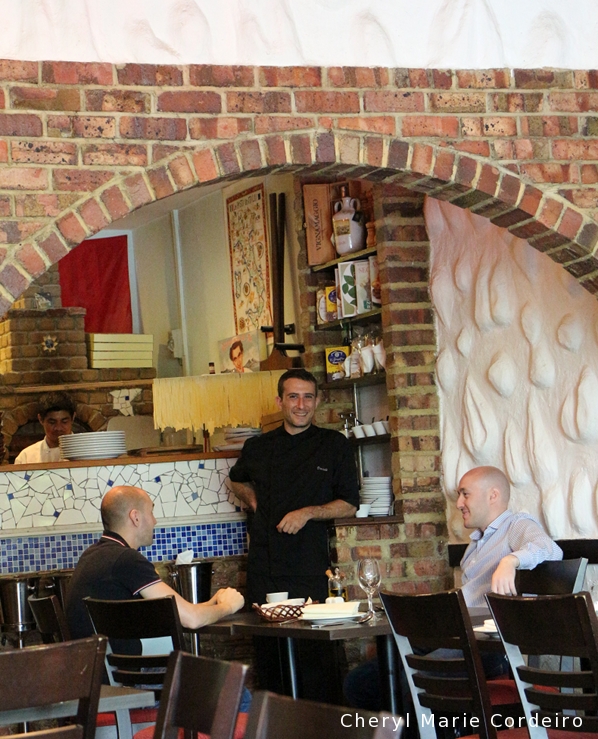 It’s been just about two years since my last visit to Trattoria and Pizzeria Capri in Singapore. In the ever changing landscape of Singapore, it’s a relief to step into Capri again, to find friendly and familiar faces and to pick up the conversation where it was left off, with hardly a glitch. 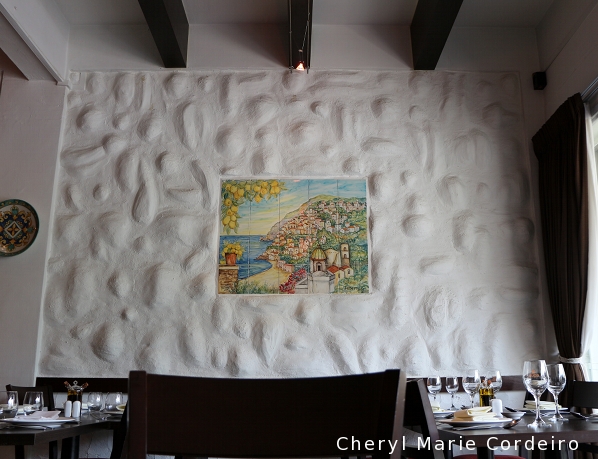 Interior of Capri with tiles of the Amalfi Coast, home of the Iannone family.

Much of our conversation revolved as usual around the different types of Italian food by region. 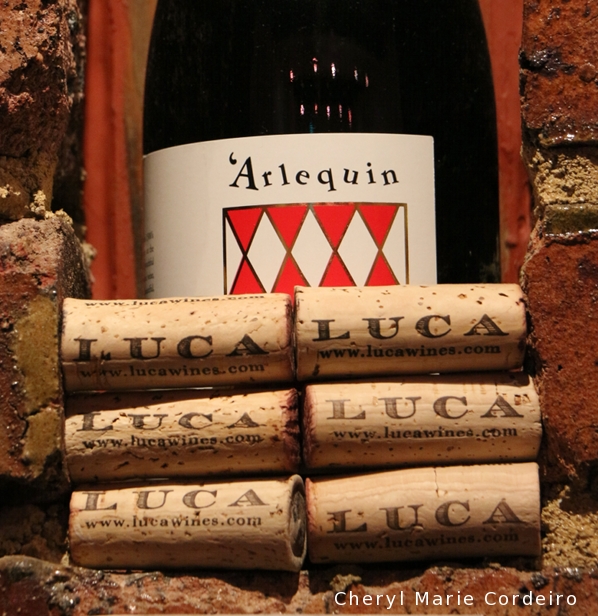 If I ever thought the mapping of Singapore cuisine was intricate, the mapping of Italy’s 20 regions resembles a mosaic collage of varieties, some ferociously regional and local. Even the making of pasta for example, will render different varieties depending on humidity of the air in the region. Singaporeans might be surprised to find too that not all Italian dishes they are familiar with, are found throughout the country and that their favourite Italian dishes, are much due to the very chef present at the restaurant at that point in time, the chef being that individual who brings their own local know-how and flavours to the table in Singapore.

As a case in point Chef Daniele Devillanova presented an interesting sequence of dishes, beginning with examples from Italy’s north, working his way to dishes from the south of Italy. 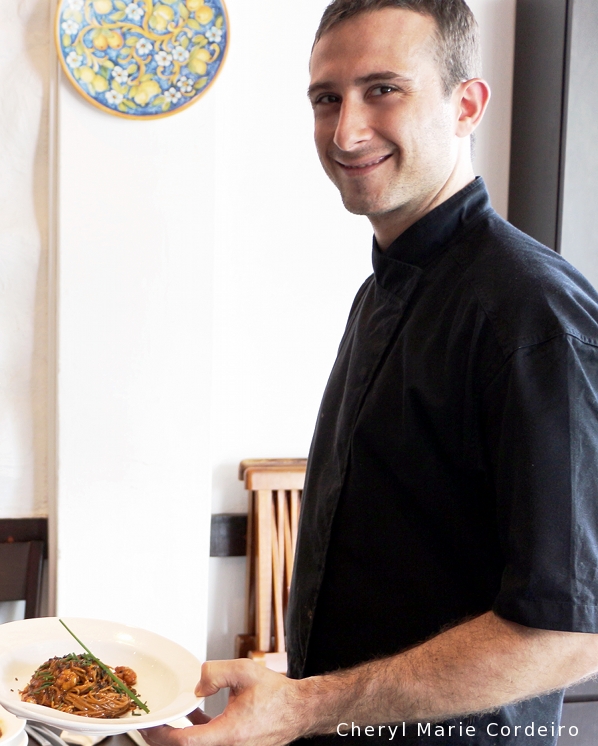 Chef Daniele Devillanova, formerly of Procacci and No Menu, Singapore.

One of my favourite dishes served, blended the perfectly southern Italian ‘nduja from Calabria with pasta to render what I thought was a Italian-Asian fusion. ‘Nduja can be described as a spicy spreadable salami that usually goes well on bread together with ripened cheese. Here, it rendered the pasta both flavourful and fiery. 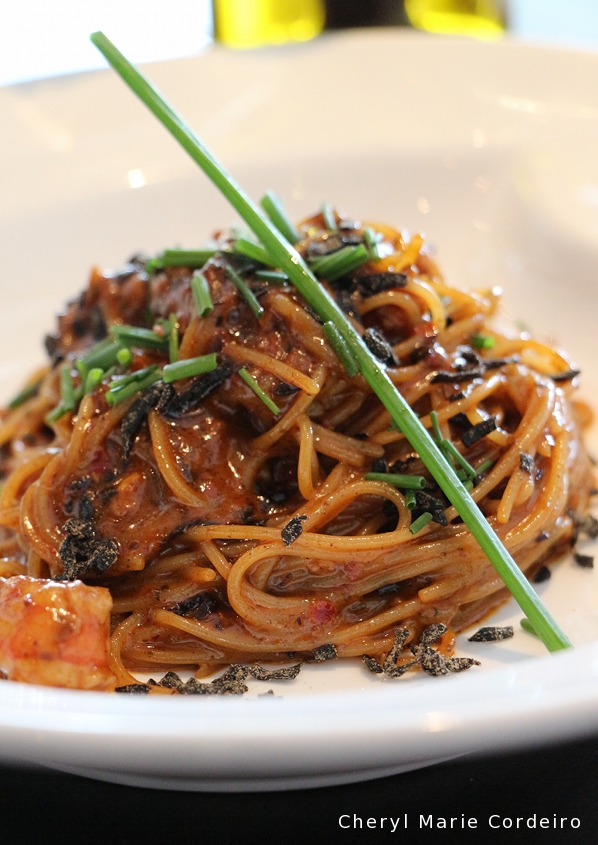 Whilst northern Italians love their rich buttered diary-based cream sauces, polenta and stuffed meats infused with abundant use of rosemary and sage with likewise heavy accompanying sauces, southern Italians prefer the lighter Mediterranean touch of fragrant olive oils, tangy tomato sauces and even steamed seafoods accented with basil and oregano. Citrus, raisins and almonds together with more exotic spices broadly cover the southern cuisine, with a touch of Spain – most notably in their use of saffron. 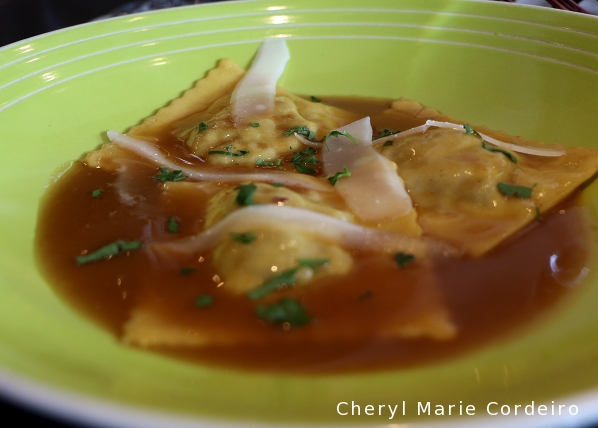 Daniele’s ravioli came as four generous square pieces of pasta, with a soft filling of what I would call a beef paté. A lot of time had gone into the making of the thick accompanying stock, shiny and well rounded in flavour from the brewing of bone broth.

Ravioli as a dish, has a long history. It is first mentioned in the personal writings of a Tuscan merchant in the 14th century. The most common variety of filling is one with spinach, ricotta and parmesan, known as ‘di magro’ in Italian, labelled such by Catholics indicating that it was without meat and thus could be consumed on Fridays in Lent. Traditionally made at home, ravioli filling varies according to the area in which they are prepared and the beef ravioli Daniele presented, was of a kind particular to northern Italian cuisine, heavier in salt and broth. 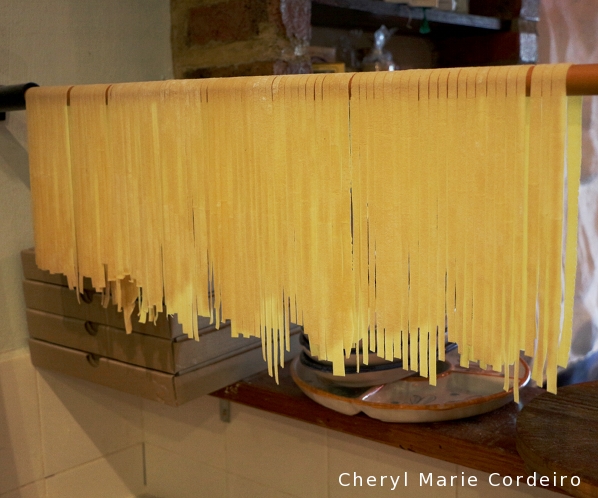 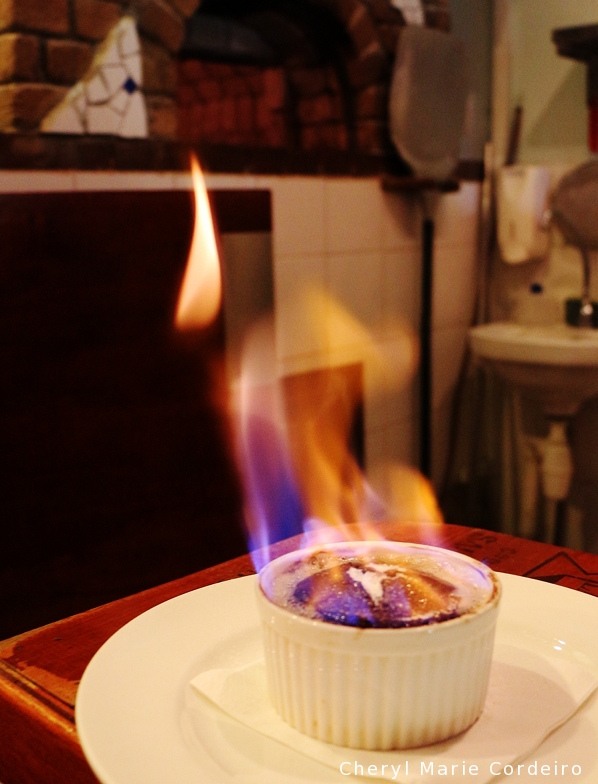 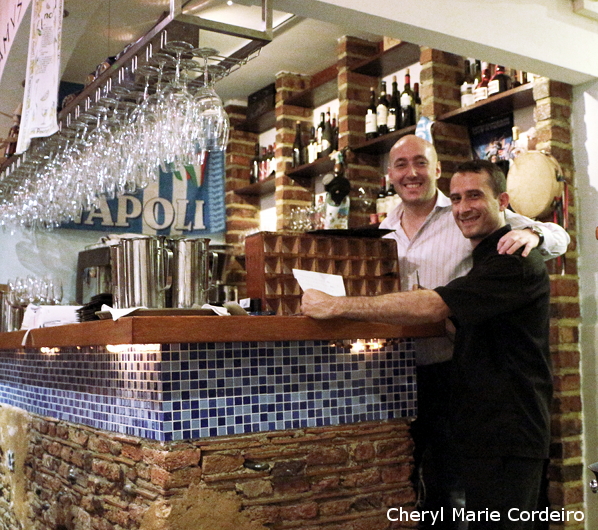 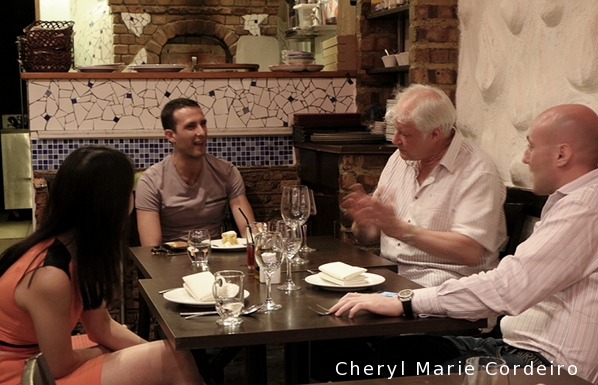 The afternoon’s gastronomic adventure in Capri revealed that the variety and difference in flavours as you move culinarily from Italy’s north to the south, is tremendous.

So in this there is a truth to the saying that there is not one Italy. It is a collection of vastly different regions, only united by their independence.