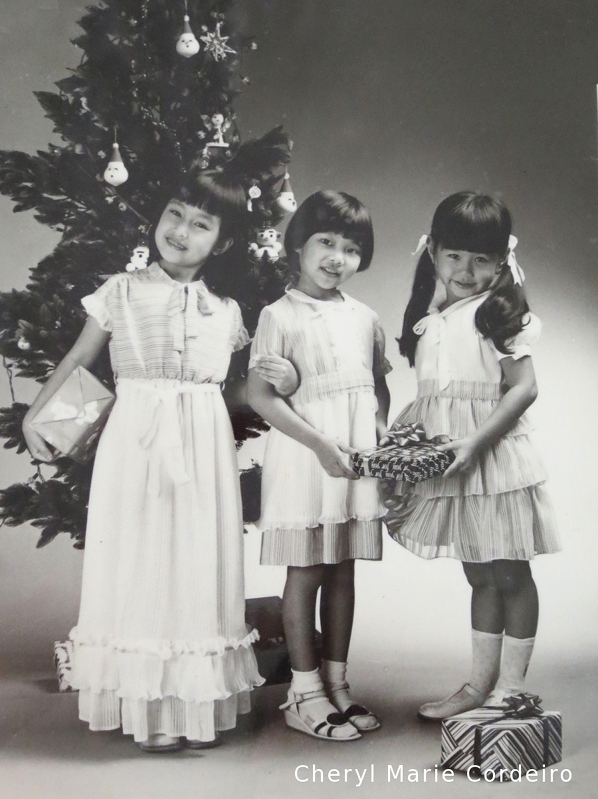 When I was young my mother worked in the advertising industry. Between the ages of five till about twelve and then again at around sixteen I got to model in several Singapore print adverts that included Metro, McDonald’s and Nintendo.

In one photoshoot, several girls were lined up neatly in a row, the purpose of which was to get us to take a hop forward and land on one foot, looking excited and into the camera. Out of twenty odd takes I looked up only once, much to the exasperation of the photographer, “Why can’t you look forward? There’s nothing on the ground! Look forward! Look forward!”

Even at the age of six, I found myself curious as to why it was that I just could not look up when I jumped. I simply had to see (and thus know) where I was going! I concluded that it was due to the rules of hop-scotch, a game that I played almost everyday when growing up at the Convent that I could only look down whilst hopping. You always watched where you hopped because stepping on a line would get your turn forfeited in the game, plus, that you had to re-draw the rubbed off area of the squares in the sand once you had stepped on the lines and recess time was only that brief. 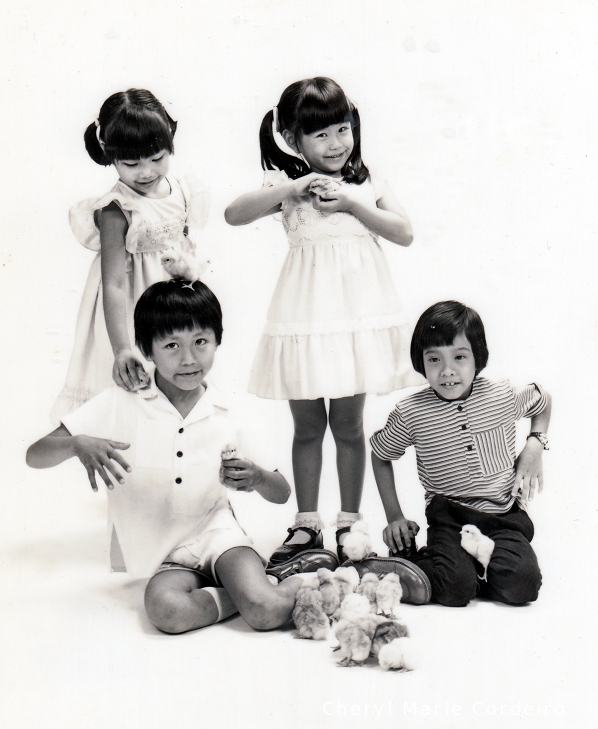 For one photo shoot a large number of fluffy small yellow chickens was brought in.
Featured in the picture above is just about a third of the feathered little things. My mother brought home two little darlings from this shoot, one each for my brother and I to care for. 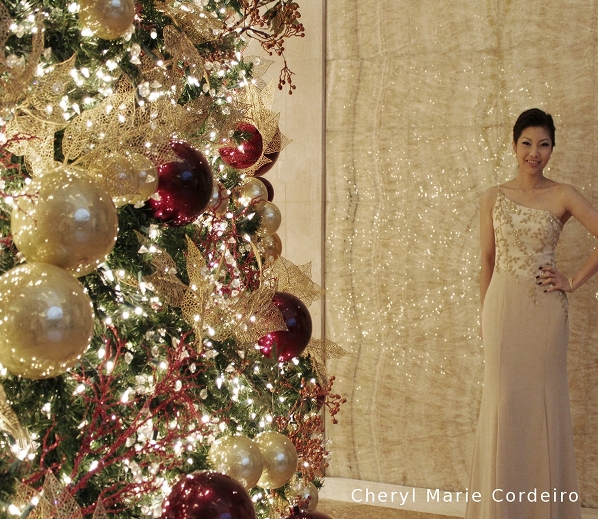 The prettiest Christmas tree.
From 2010 at the Ritz Carlton Singapore.
This night was also when the Swedish Business Association of Singapore (SBAS) celebrated St. Lucia.

I’m putting my thoughts in line with Gravesian theories on the development of the human mind and of human psychology that in turn reflects upon the material world created. In particular, Graves’ article that was published in “The Futurist” written in 1974.

I figure as the years pass, that it is not until you lose all your points of references, where you no longer know if there was a left from right, forwards from backwards, up from down, and when you realize that you really need not look forward because you can’t, due to that there is literally no reference point from which a ‘forward’ can arise, that you can then return to drawing, reconstructing even, those very hop-scotch squares that once kept you looking out for where you stepped.

And this time, you draw those squares again, making sure that you can do that hop without looking down because it is you, and not someone else, who has put them there. And this drawing, this creation of yours that as much as it is your sanctuary is also your Dante’s Inferno. But it is yours nonetheless to call, that idyllic corner of the world – your world.