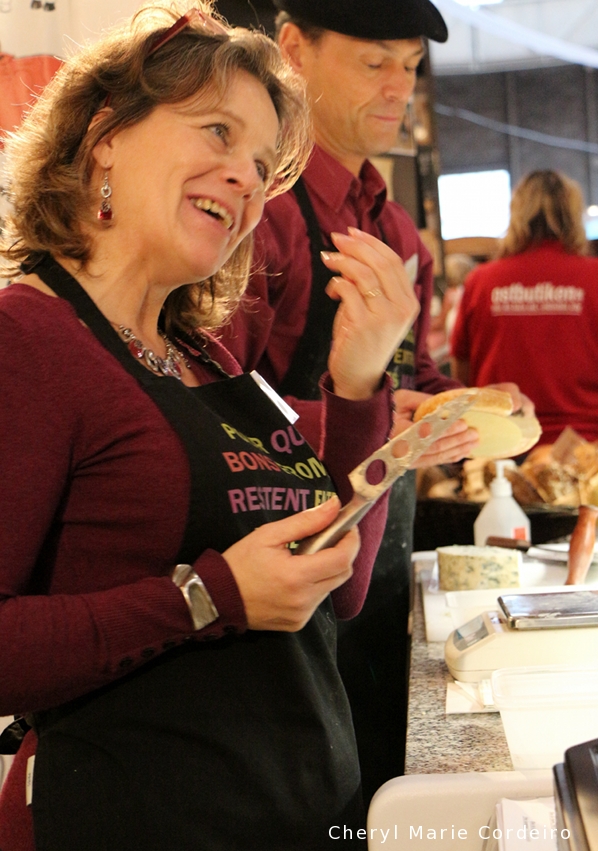 Some things in life, are unexplainably uncanny. Like my first time landing at the airport in Shanghai. As I stepped into the arrival hall, I saw two formally dressed individuals, one of whom held a name card that read, “Cheryl CAMPBELL”. Without pause, I found myself walking right up to them:

“Are you looking for me?” I asked curiously, careful not to mention my last name.

I hesitated a heartbeat, then answered, “Yes, that’s me, Cheryl, from Gothenburg.”

Then there were my days in Barcelona in 2011, where depending on which route I took to the IESE Business School, I would find myself every morning, walking past two different monasteries, one was a Carmelite Order, an order devoted to silence, contemplation and reflection, and the other with a heritage in the Order of Saint Clare / the Second Order of St. Francis of Assisi.

At the most superficial of coincidences of my days in Barcelona, my parents had wanted me to become a nun of the Carmelite Order. I also grew up in a convent founded by a Minim Friar, St. Francis of Paola (1416-1507), named in honour after St. Francis of Assisi (1181-1226).

During these days, was that visit to Santa Maria de Montserrat, a Benedictine abbey located on the mountain of Montserrat, about forty-eight kilometres from Barcelona, where I found the most delightful of cheeses crafted by the monks themselves.

So I couldn’t help but muse when for several years in a row at Passion för Mat, whenever I meet with Jacques and Maria Six of France Fromage who specialise in fine cheeses, they seem to place in front of me, specific types of cheeses related to my life’s travels somehow. This year, when Jacques pulled us aside to relate the story of Reblochon, fromage de dévotion, I almost stared at him in disbelief. 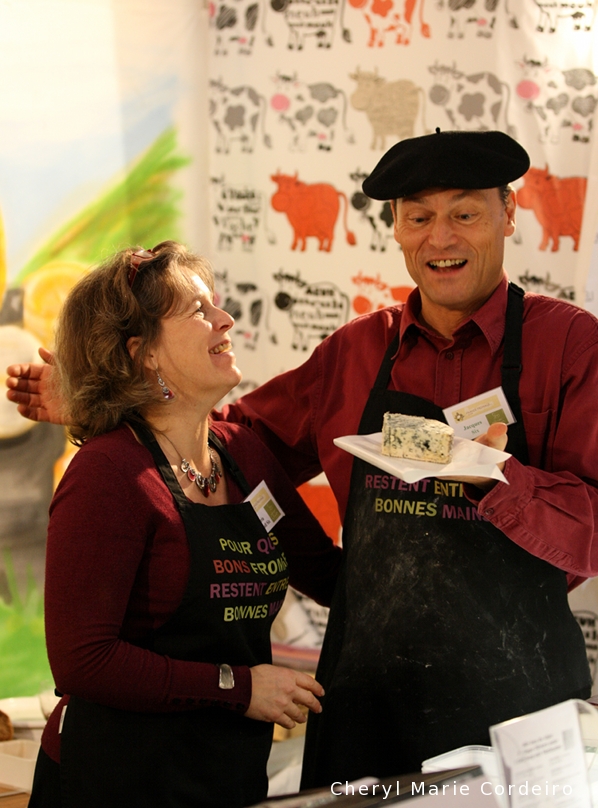 Jacques and Maria Six, the golden couple of France Fromage. 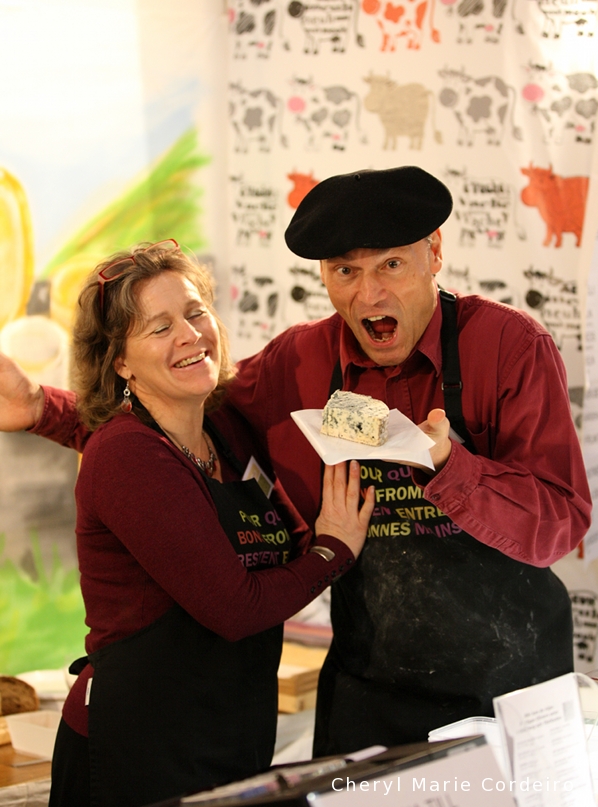 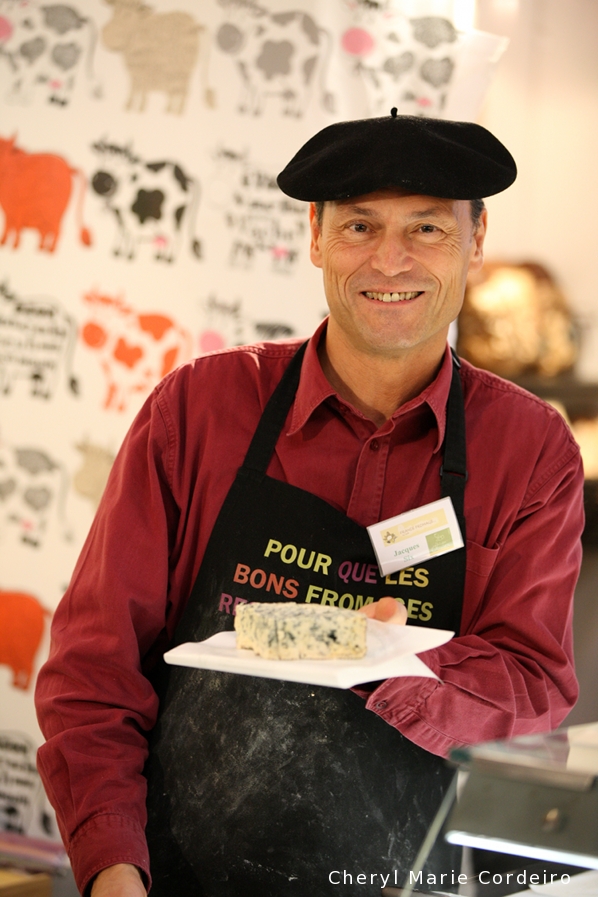 The etymology of Reblochon is ‘re-blocher’ which means ‘to milk, one more time’. It refers to the discovery that it was possible not to empty the cows’ udders while milking, and to keep some for themsleves which could be taken at a second milking. All this came about due to a fourteenth century landowners fees on farmers, in accordance to the amount of milk they produced. To save, the farmers figured out that they could stave off fully milking their cows and then milk again for themselves. The milk from this second round was then found to be extremely rich and could be used for making an excellent cheese, now named after this practice as – Reblochon.

From the sixteenth century on, the cheese came to be known as ‘fromage de dévotion’ due to it being offered to the stat crux dum volvitur orbis Carthusians.

I thought ‘devotional cheese’ to be an apt name for Reblochon too, since some varieties of cheese need an acquiring of taste to which, this cheese with its soft creamy texture and strong nutty herbal after taste that easily turns bitter when overripe, will need quite a palate towards its appreciation.

I brought home whatever Jacques and Maria had at their counter, of Reblochon. 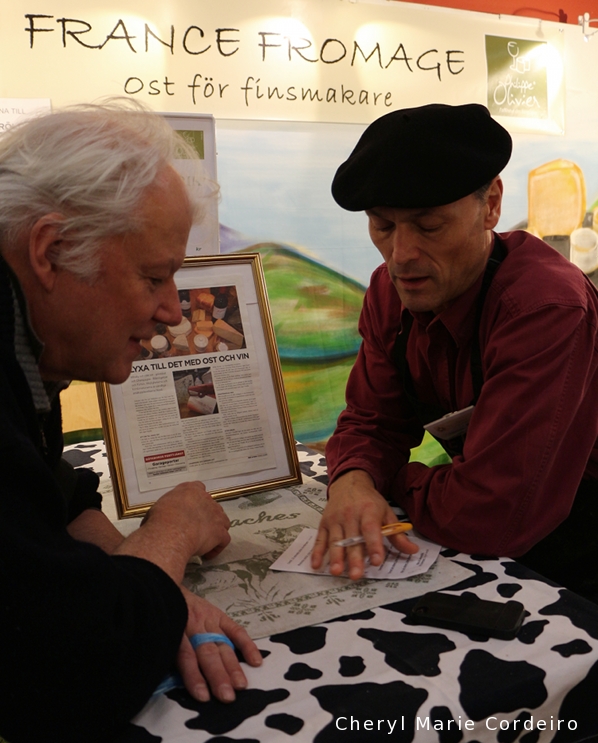 Jacques, narrating the story of Reblochon.

I could go on with more stories about peculiarities of life events when it comes to monasteries, cheeses and monks. But I think I could wait for another year, to see what more adventure Jacques and Maria Six might wish to share, when next we meet.