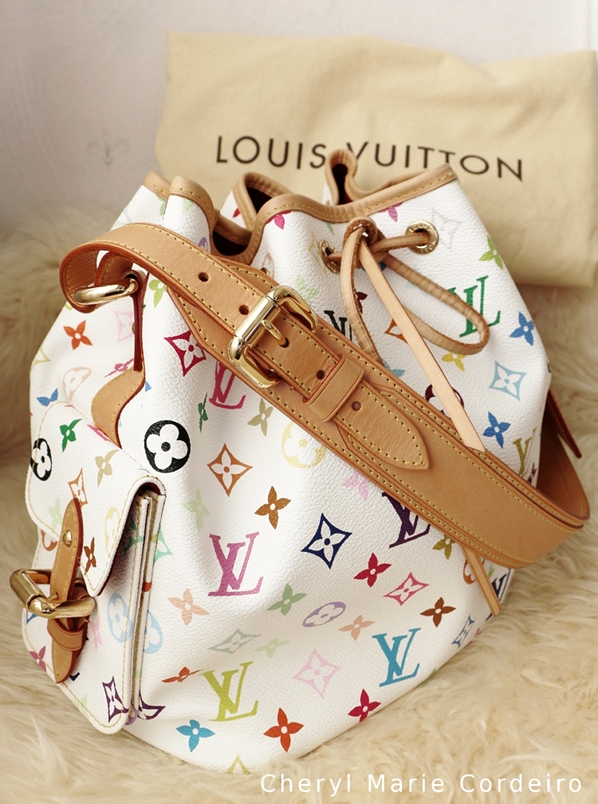 Of all collaborations Marc Jacobs had done in the past decade till 2013 for Louis Vuitton with Stephen Sprouse, Takashi Murakami , Richard Prince and Yayoi Kusama, the Murakami range remains one of my favourites in terms of the execution of precision chaos in art if there ever was such a thing.

Not particularly attracted by poparstic works per se, what draws me to the Murakami Vuitton range is the result of the unusual synergies between traditional handcrafted work grounded in rich European travel history with all its roundness of sensory experience, and the contrasting surreal ‘flatness’ of animations of a completely different era in pop culture, from Japan. If these two worlds can come together in any sense of classical physics and philosophy, then almost anything else can come to be of other areas of unlikely synergies. And the results are a certain finesse of execution in design that is not symbolically regressive Mad Max grunge that comes across in Sprouse-Vuitton collaborations or Gaudí organic progressive reminiscent that comes across in Kusama. 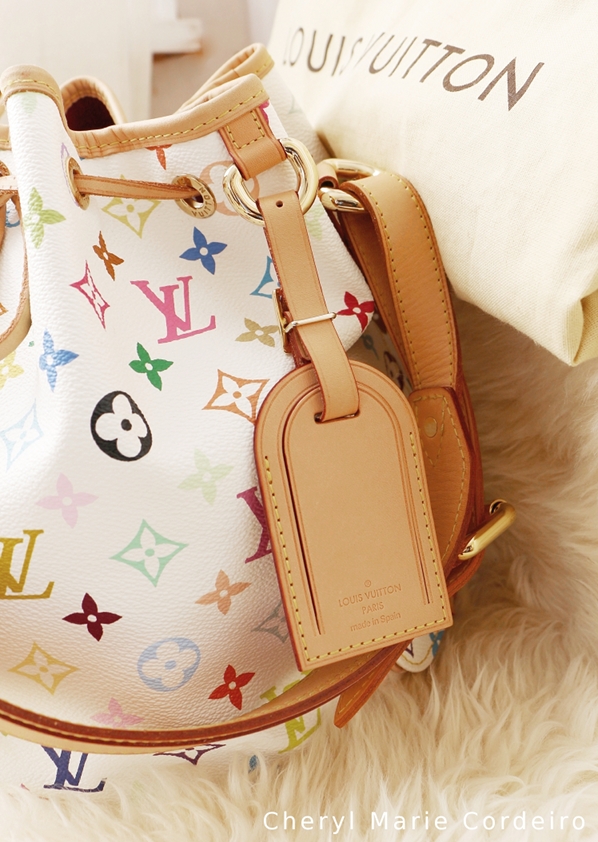 One item born of the Murakami-Vuitton collaboration was the Murakami Multicolore Petit Noé in blanc. A drawstring bag with adjustable shoulder straps and two side pockets that is all very modern practical, the design of the bag renders again the odd symbiosis of haute champagne and school-time anime. With a thirty-three print colours canvas, the juxtaposition of ideas is a happy intrigue. You could as with any art work, sit and ponder for hours, the philosophy behind the bag.

Brooklyn Museum Director Arnold L. Lehman (2008) lends similar insight into the interweaving of these two different worlds that has created a ‘new paradigm’,

“We are delighted that Louis Vuitton will participate in the exhibition. The groundbreaking inclusion of its store within the context of the retrospective has created a new paradigm in its exemplification of Takashi Murakami’s artistic process that includes low-cost unlimited- edition consumer products, as well as luxury goods designed for Louis Vuitton.” 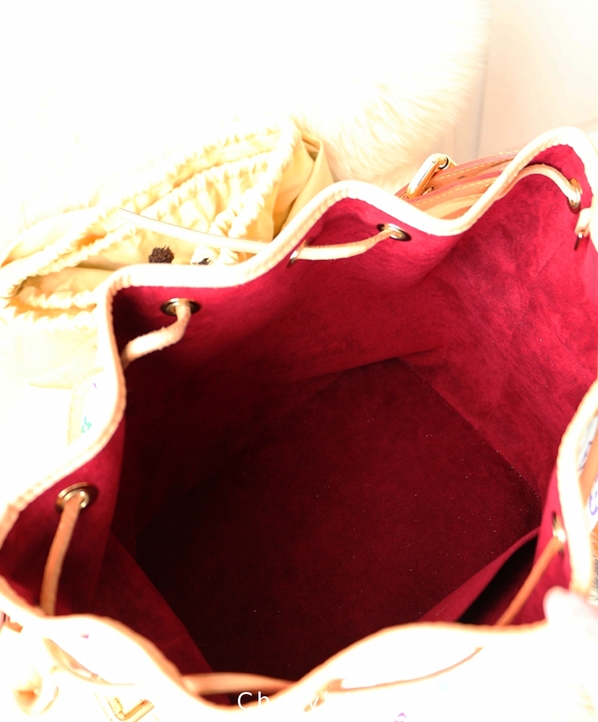 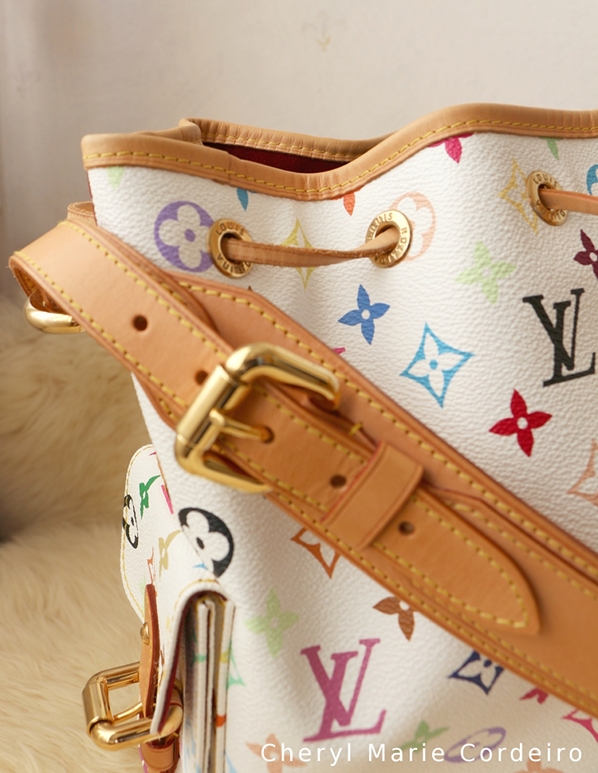 The Vuitton noé range of bags were designed initially to hold champagne bottles. And yes, it works well for that too these days, even with a few others items thrown into the bag.

In a world of global competition in a niche market, the brand Louis Vuitton has over its 150 years in operation, necessarily brought with it transformation and innovation to the luxury segment, defining the edges of what is and what will be. To a large extent, this was done via increasingly cross-disciplinary collaborations.

As Yves Carcelle (2008), Chairman and CEO of Louis Vuitton from 1990 to 2012, currently Vice-President of the Fondation d’Entreprise Louis Vuitton pour la Création has it, it is the “innovation to tradition” that inspires and the “full respect for creation in all its forms” that sustains.