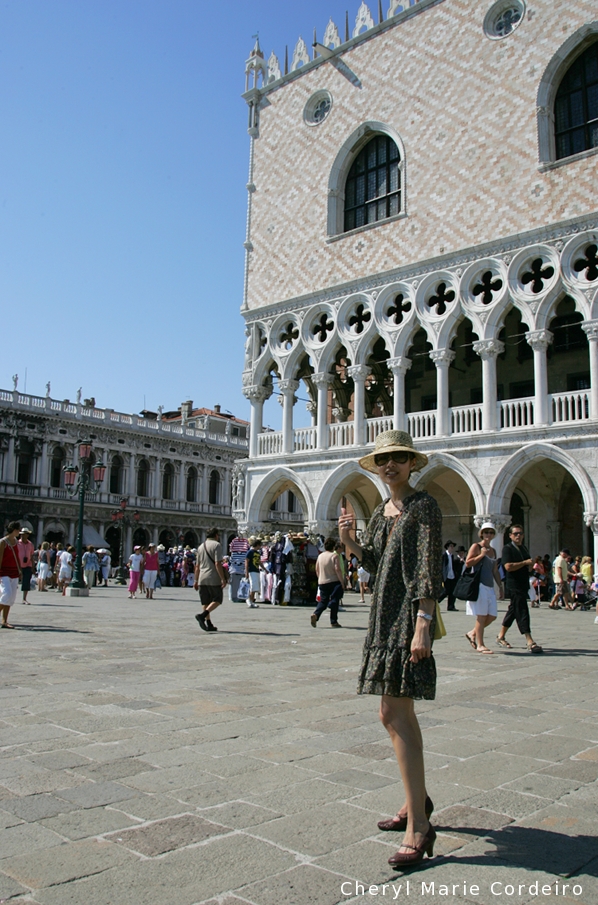 It is difficult to navigate the streets of Venice at peak season which is the summer months, and I can more than understand the disdain and even hostility of the Venetians towards visitors who leave more than their fair share of markings on the ground as visitors. More than a million individuals walked the grounds of the Palazzo Ducale alone at about the time of this visit in 2008. 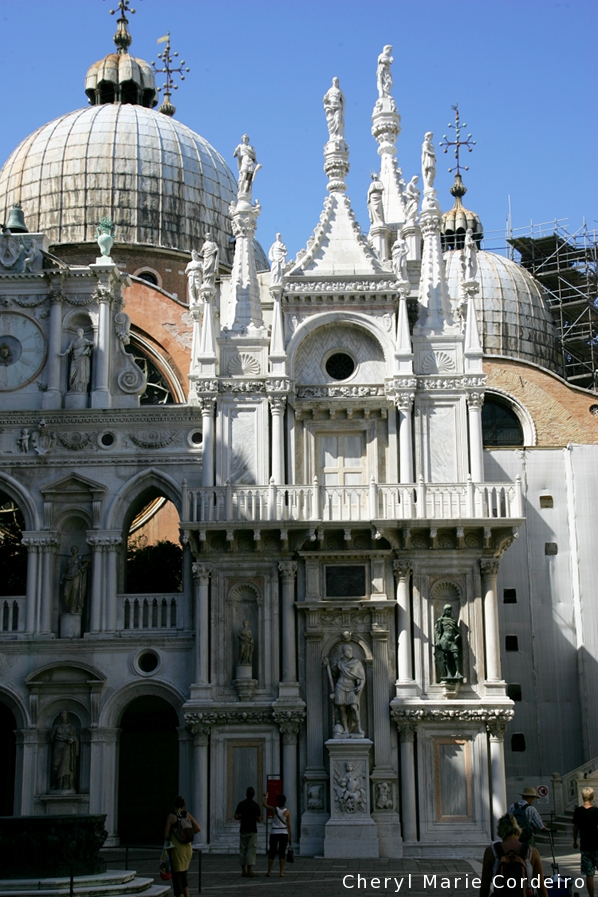 But while there was a perpetual crowd in Piazza San Marco, in this instance they seemed to have disappeared by the entrance of the Palazzo Ducale. The building of this place began in the 1300s and continued through to the 1400s with modifications and wing extensions. 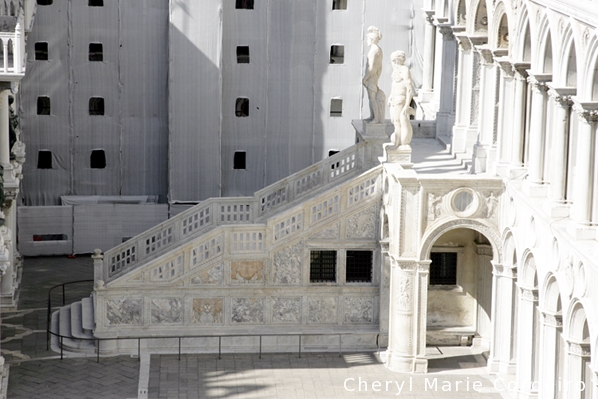 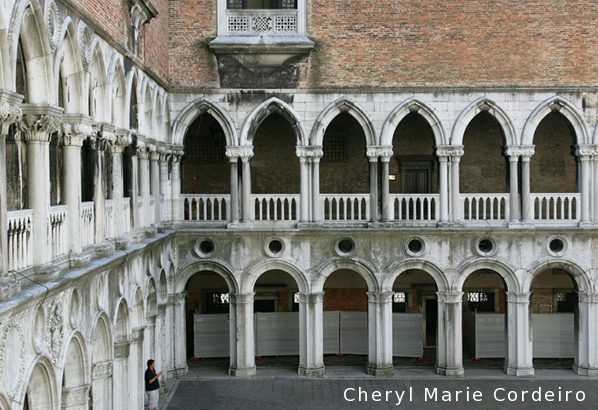 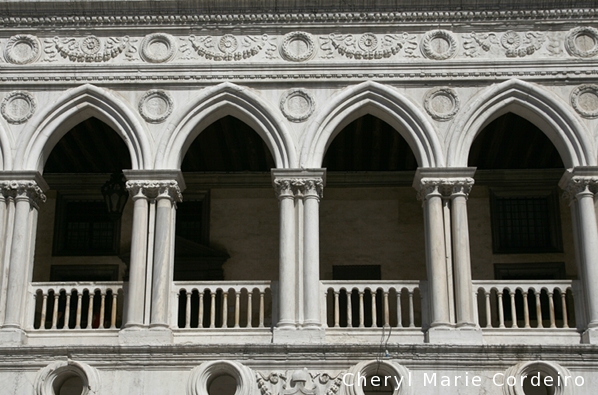 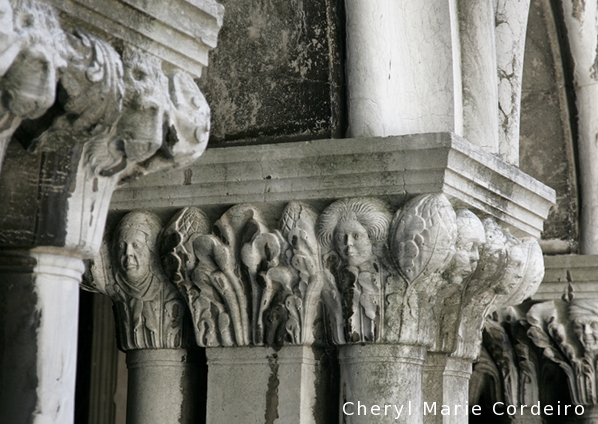 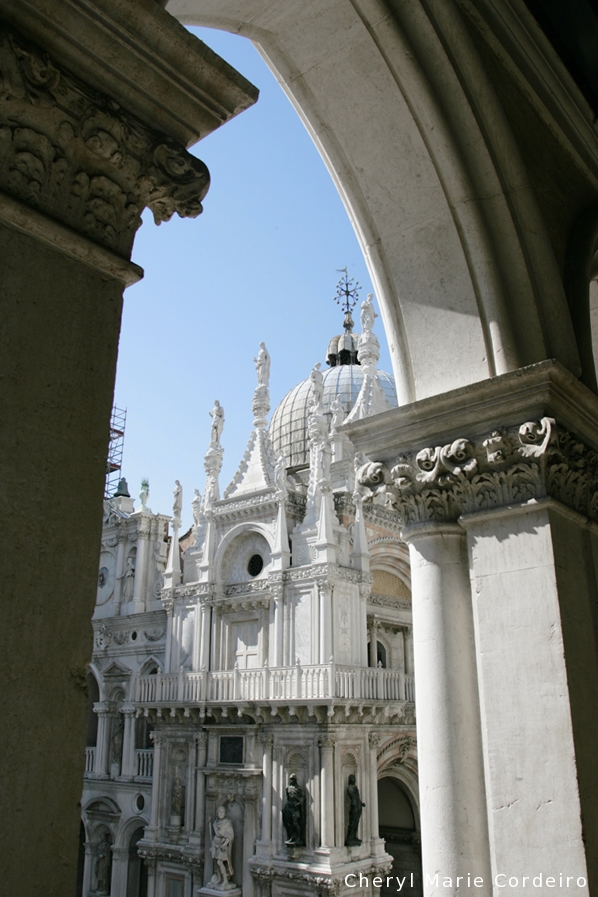 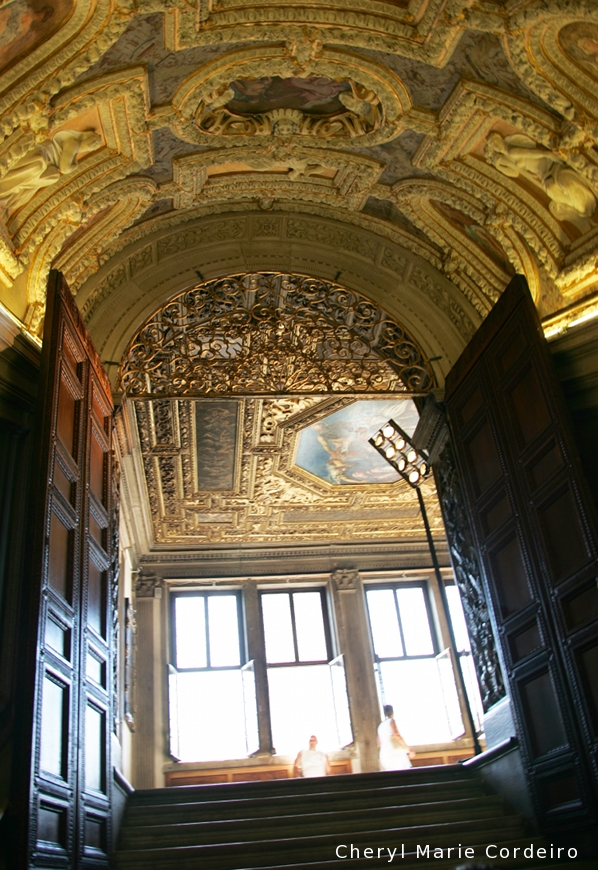 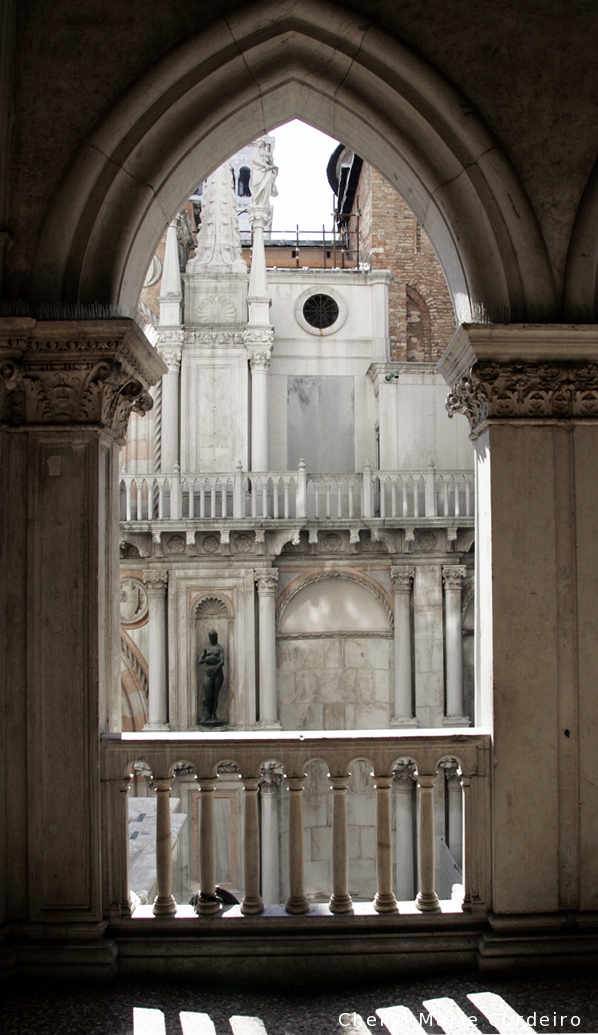 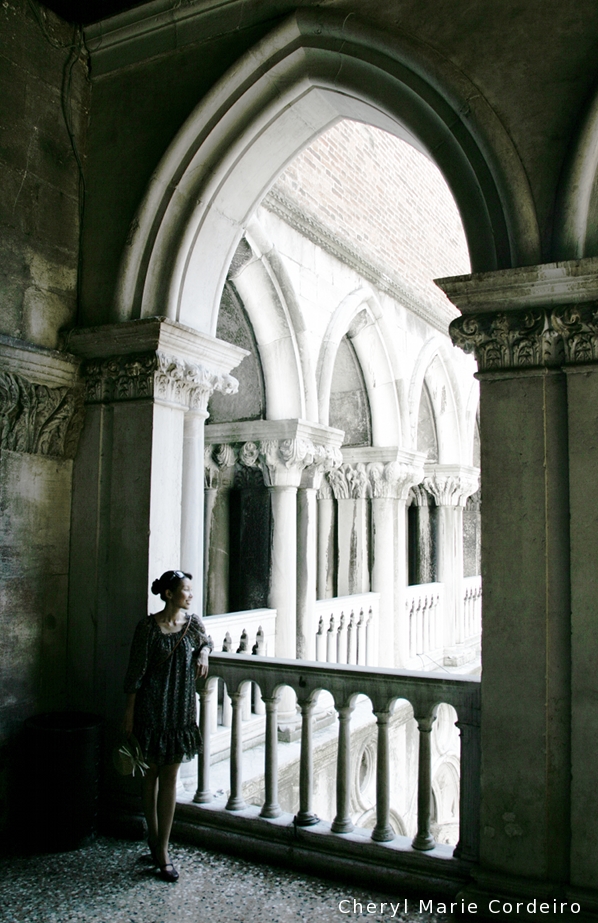 There was something about this Venetian landmark that reverberated in the core of me as I walked its grounds.

I cannot say if it was the sunlight that streamed past the tall slender columns that made patterns of arches on the ground, or if it was the texture of the walls and floors that formed an impression in the play of light and shadow of the mid-day sun. But the white facade, the arched corridors were all reminiscent of an ethereal past. It was certain familiarity that kept me looking over my shoulder to see if there was something there, as I took the various corners and stairs on the grounds of this palace.