No overcast sky would discourage the long queue for this warm lunch
served at the most popular stall at this food market.
Text & Photo © CM Cordeiro 2014

I love marketing. And what better way to market than to chance upon these tented food stalls at Järntorget in Gothenburg during lunch hour?

Despite the overcast sky that threatened a tropical rainstorm, it was a decision to head towards Järntorget for lunch that landed this serendipitous find of a food market, courtesy of Tentazioni of London. 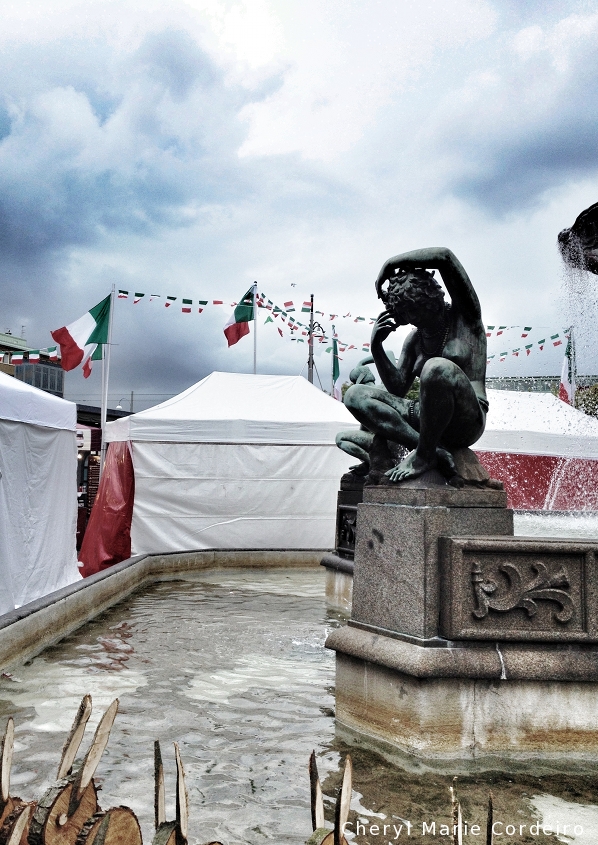 The town of Castelvetrano is also known for its furniture woodwork.
At the market, timber rabbits. 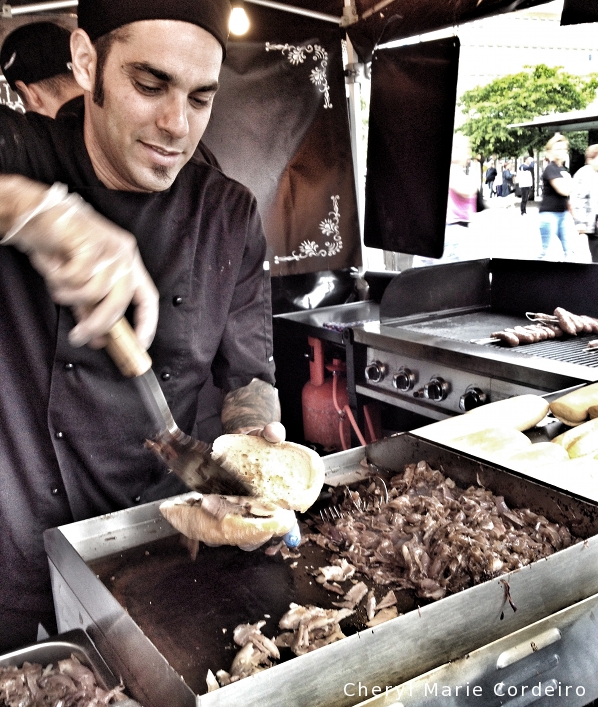 Explaining the differences in the various olive antipasti.

The town, Castelvetrano, after which the olives are named, has mostly farming as its economic activity, focusing on vines and olive trees.

There were several extra virgin olive oils for sale and when asked which was the best, it was recommended that I take home the first pressed unfiltered olive oil of the Castelvetranos. I stood there looking for a while longer when he came around the counter, literally pulling me to the end of the stall. He reached over, made a grab with two fingers, turned back towards me, and offered a plump, livid green olive.

I looked at him, “I know it’s pickled, but it doesn’t look ripe.”

He smiled and nodded.

Castelvetranos are precisely that vivid hue of green because they are harvested young. This results in a distinct but mildly flavoured olive oil that is fruity, and in the comparative range of olive oils, fantastically sweet. 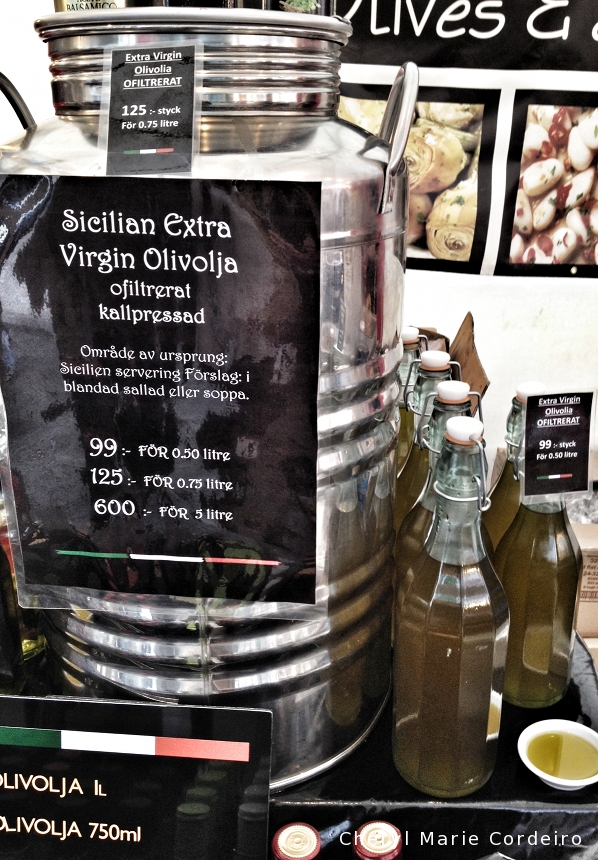 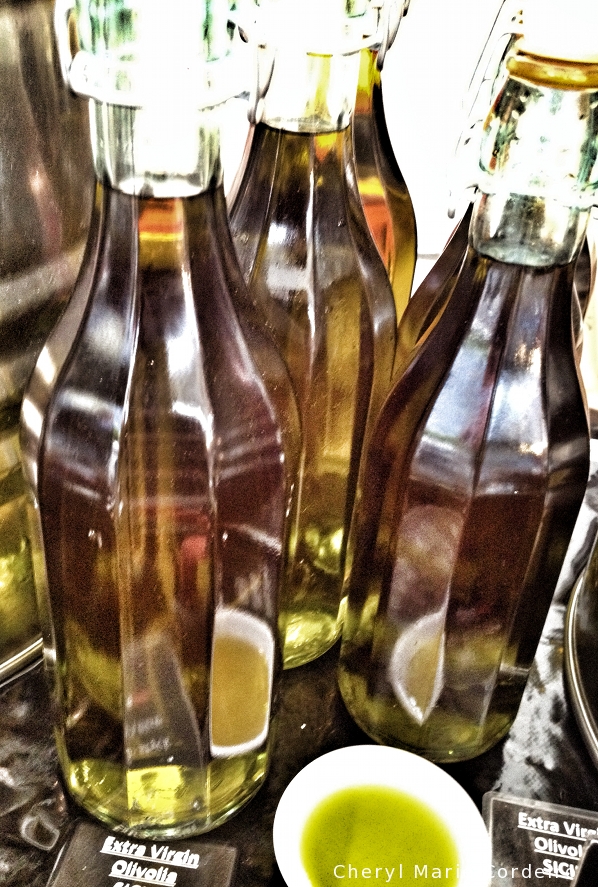 Cannoli, some filled with sweet Sicilian cheese, others with Nutella.
These were made on location, at the food market. A feast for the eyes, these chocolate blocks. As I made my way around the market, I learnt that they were a travelling market concept, “We are like gypsies”, he said, with a broad smile.

Well, gypsy was not a word that came first to mind when encountering this highly focused team of talent, based in the UK. Food marketing had often encompassed long travels between villages in the past, but the improvements of communication and transportation technologies enabled an increase in global mobility. Today, this team of food specialists can travel to many more places in shorter time spans, promoting unique regional Italian food. The products they offered were those that remained unmarketed that bordered on the exotic, even if Italian food is well-known in Sweden. The team got together perhaps twice a year to plan their international fairs. Depending on the schedule and costs of setting up the fair, they stayed between two to five days at each location.

I asked where to, after Gothenburg? It would be south of Sweden. And all I thought was, what a way to spend the summer months – travelling Scandinavia!