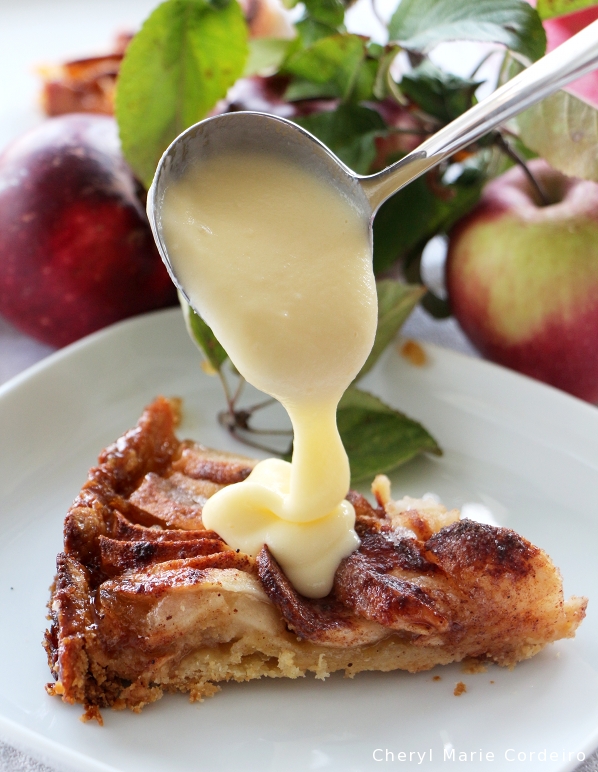 Thanks to generous neighbours, we once again had an abundance of apples to enjoy. Of the many recipes to choose from, cinnamon flavoured apple sauce to last throughout the winter, is a given.

Then thinking about the meal just enjoyed during my recent visit to Singapore, in the hands of the Valtulina family of Ristorante Da Valentino, where Perla Valtulina of Perla’s Pastry Boutique served up a most delicious apple tart as dolci, I decided to try my own hands at making an apple cake. Not that I can ever dream of matching hers, but lacking the possibility of having her gorgeous desserts in Singapore, this will have to do when back in Sweden. 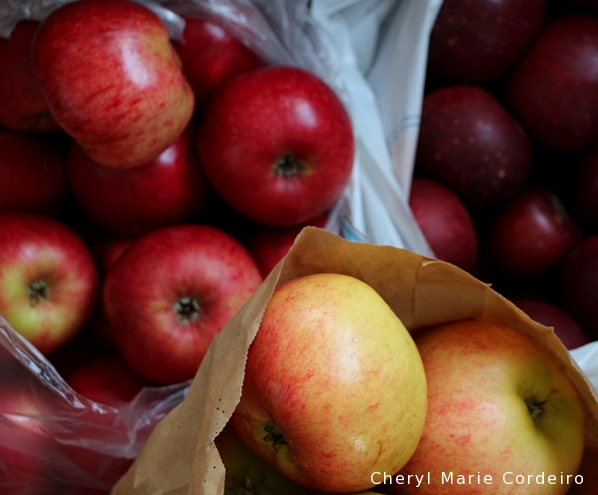 Thanks to generous neighbours, we once again had an abundance of apples to enjoy.

Leafing through some old Swedish cookbooks on apple pies and tarts, I could almost hear the voices of the various authors arguing between themselves about their favourite recipies. Realizing there would be no useful help from them, I squeezed the books shut, with their voices in echo of encouraging the use of more butter here, and more bread crumbs there.

Instead, I made it simple.

I began with a pastry crust of one part flour, one part butter and one egg. This, I put in a pie form to bake for fifteen minutes in 175 centigrades, placed apple slices in a circular pattern on top of the pre-baked pie crust, dashed the apple slices with cinnamon and sugar, topped with some butter and baked the cake for about an hour, switching to top heat only during the last fifteen minutes. 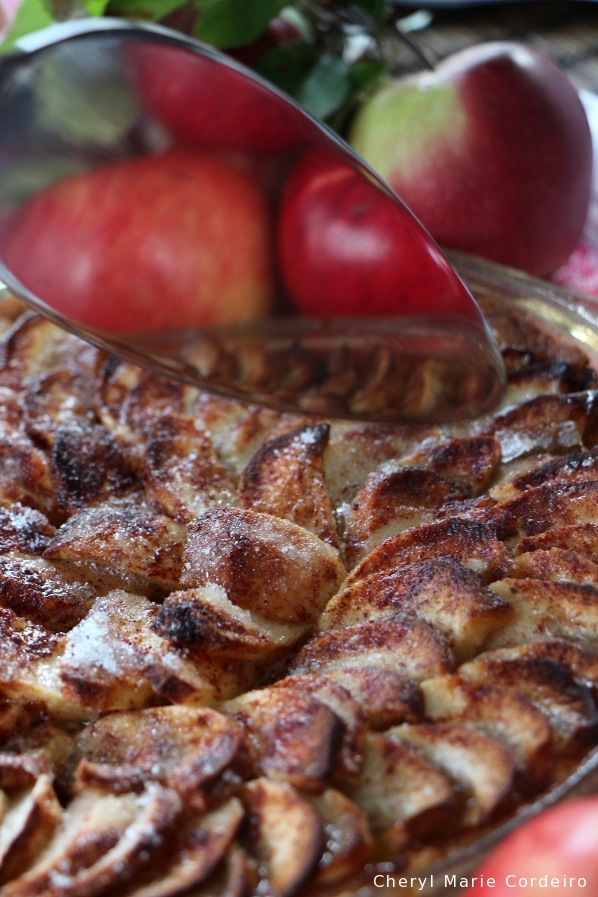 Having been generous with butter and a sugar dusting, I could watch the outer edges of the pie sizzle while the sugar caramelized to a crust. 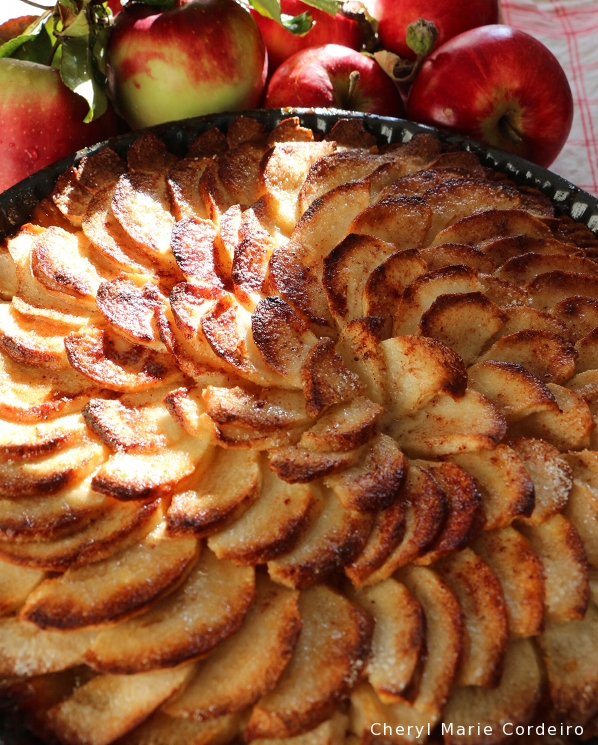 Apple slices, laid out in the pattern of chrysanthemum petals.

As a gift from the efforts and the oven itself, the golden hues and darkened tips of the apple slices, turned out to resemble the petals of a chrysanthemum flower, in perfect fitting for an autumn cake.

As one of the Four Flowers of the Season in Chinese art, the chrysanthemum is a symbol of autumn. Sometime during the fourth century BC, a distinguished Chinese poet, rather than working for an unjust government retired to tend chrysanthemums in his garden and having wine with his friends. Since then, the flower has become symbolic of the pleasure of doing something for yourself that you enjoy.

In the process of making this cake, some words caught my eyes in Joseph Vedlich’s 1979 book about art from The Ten Bamboo Studio [1].

After a morning of apple peeling, slicing and baking, finding the Chinese poetry / Gravesian theory correlation is a reward as well as any, made even more gratifying with a slice of warm apple cake to go with it.