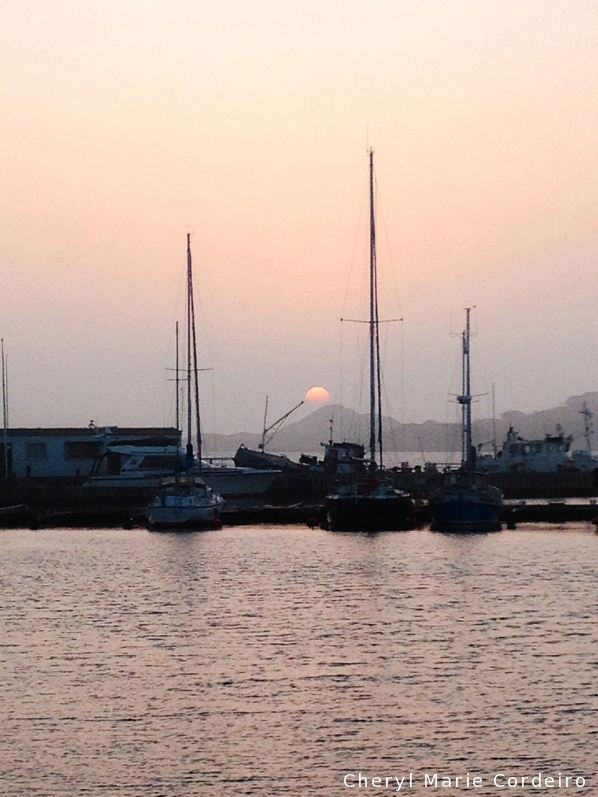 In conversation, a Master Yogi (MY) and his Student (S)

§START
S: Master, I have come to you today in query of an Enlightenment Pathology.
MY: You are troubled, Student? Perhaps it is that you cannot cessate your Mind?
S: I have to admit, I have no control whatsoever over my Mind. Do I attribute that you my Teacher?
MY: The Students who come to me as Sheep. Do I ever enquire after the Great Zen why it is that my Students are all Sheep and what unfortunate luck I have? What is your pathology query?
S: It has been said, that with the First Path of Enlightenment, the Mind experiences Supreme Silence, a form of Fruition of Mind. But there are other Paths to continue from the experiencing of Supreme Silence.
MY: Yes. It is a journey that in that sense, does not end. You have the Second, Third and Fourth Paths to practice towards, by choice.
S: In the Fourth Path of Enlightenment, it has been said that that is when mountains that were mountains, and rivers that were rivers that once were, and then disappeared, now reappear. At this stage, the Enlightened One is said to manifest awareness on different levels. The Enlightened One will be able to perceive the mundane level, of solid and enduring forms in the external world as well as habitual mind-states such as emotions and attitudes. The Enlightened One is also at the same time, able to perceive on the absolute level, these external forms and mental states as non-solid and non-durable, that everything is relative.
MY: Yes. But what then is your pathology query?
S: I have come to report that my mountains and rivers have not reappeared. No matter how focused I am on thinking Nothing, in order to bring them back by Will, and alternatively, by No Will. They do not appear. I perceive at the mundane level, that people are generally idiots, who are worse than the Sheep of Students you speak of as your own. Their emotions, attitudes, I cannot identify with. Their words, I see only in absolute terms. Their mundane words become to me, irrelevant and nonsensical. I have, it seems, no more mountains and no more rivers! I have heard that across all cultures, people of Meditation, such as ourselves or the Friars and Nuns of various mountains and caves make good wine, and cheese. Do our fellow Yogis do the same? Because I would like to have some wine right now. It might help bring back my mountains and rivers.
MY: We have fermented beancurds buried up in the mountains under a meter of snow that is a half day’s journey. The fermented beancurd is our specialty. You can dig them out of the snow, with your bare hands. Grandmaster Yogi is the only one who remembers the coordinates of where the beancurds have been buried, but he is now in deep contemplation and he is not to be disturbed. I would encourage you to take that journey to recover our beancurds nonetheless. It will strengthen your Mind, and it may eventually show you that Mountains are indeed, Mountains. You will coincidentally, also be searching for Rivers. Our last lama scrotum sack water bottle is now broken and Student Vishnu, will only be back with a new pair of live lamas early next week.
S: Master, I almost already see my rivers reappear. I am not a fan of fermented beancurd. My self-preserving system tells me that to dig them up from the ground with my bare hands after a half day’s journey without a water bottle with me, is not wise. This orange robe is also too flimsy to withstand such weather conditions, I do not even believe a premium Moncler jacket will help. The Snow Wolf will spot me as its meal immediately and –
MY: You are too scrawny to make a good meal for the Snow Wolf. Even the Snow Wolf knows a non-delicacy when it sees one. You will be safe from it, do not worry. I am now sending you on this task of fermented beancurd recovery. This journey will teach you, a contextualist mode of perception. The energy you receive from the cold outdoors will look like a combination of caterpillar-butterfly in motion. You will know that life is multidimensional in all forms and multi-determined in manifestation. You will return with a deeper acceptance of human life and death. This journey will make you feel as if being at home with nature, its movement, set in the context of an unfolding universe. In the mundane sense, I mean, beware too, the powdery snow on the slopes that might catch you in a bundling snowball downhill. It is not a pretty sight. But if you survive, I can assure you, your Enlightenment Pathology will be cured.
S: Master, would it be too late now for me to enquire after enrollment for a place in tertiary education? “Contextualist mode of perception” sounds very much like the teachings of Critical Thinking.
MY: Life is but a series of decisions of your choice. But first, go on this journey for those fermented beancurds.
§END