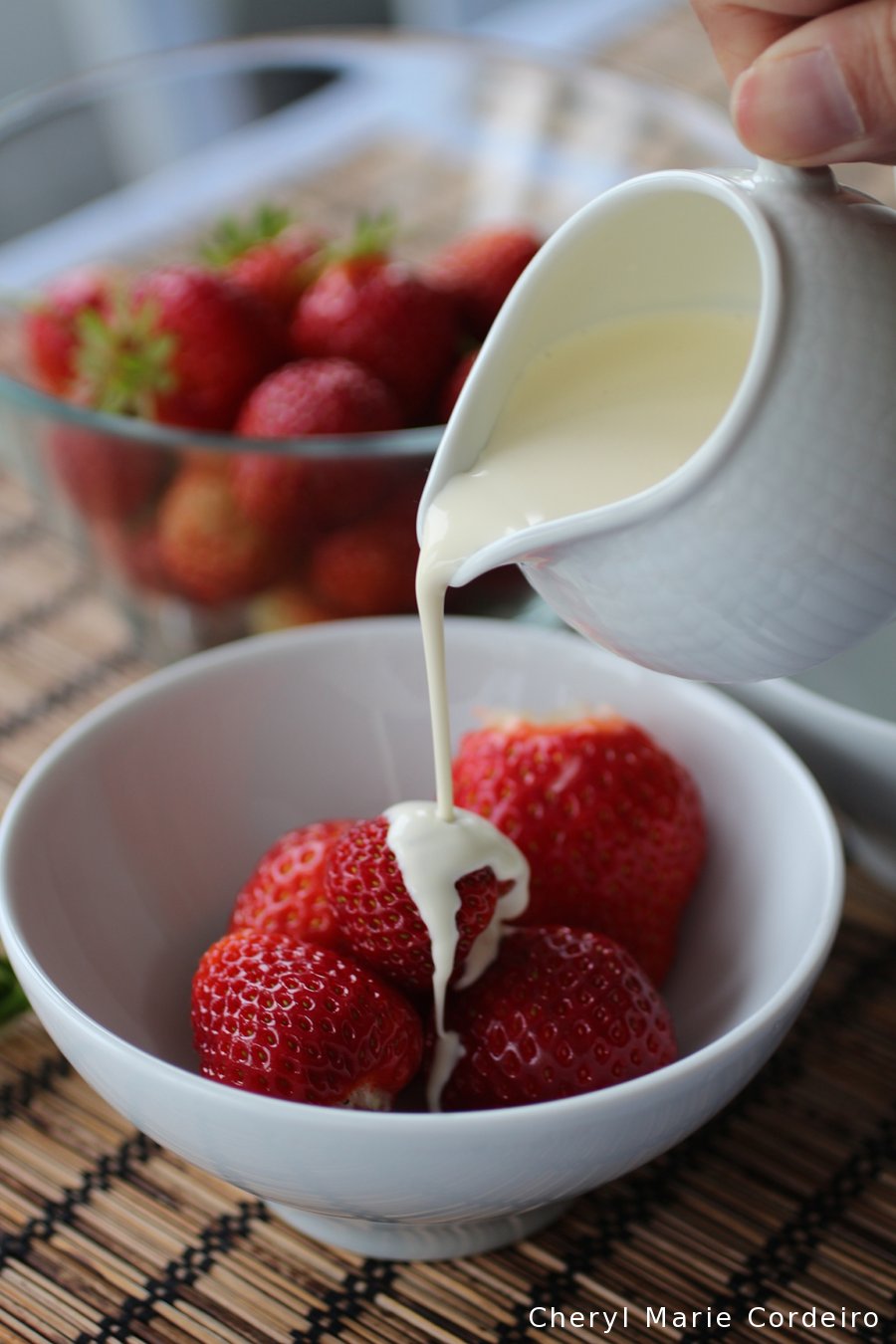 This year, Sweden saw one of its coldest and rainiest Junes in twenty years. Between 1920 and 1991, it has happened only once that temperatures in the month of June had not gone upwards of 25 centigrade, until now. The Västerås cucumbers know this, so they’ve refused to grow, insisting on a bedding temperature of at least 14 centigrade before showing themselves. It was a pleasant surprise however, to have found that the strawberries thought it was alright to unfold their leaves, flower and produce fruits that are now ripening heavy on the soil beds.

In traditional Swedish farmlands, strawberries as with most other fruits, were summer luxuries. Their presence at all on the outdoor tables depended much upon the proper amounts of rain and sun. As soon as the strawberries were ripened and picked, it would also be customary to go into the barnyard and get some fresh cream straight from the cows.

If there was a favourite way of enjoying freshly picked strawberries, it would be that time honoured manner in having them with cream, generously dusted over with sugar.

That, and curling under the bed covers with a good book and a hot chocolate. Best summer evening doing. 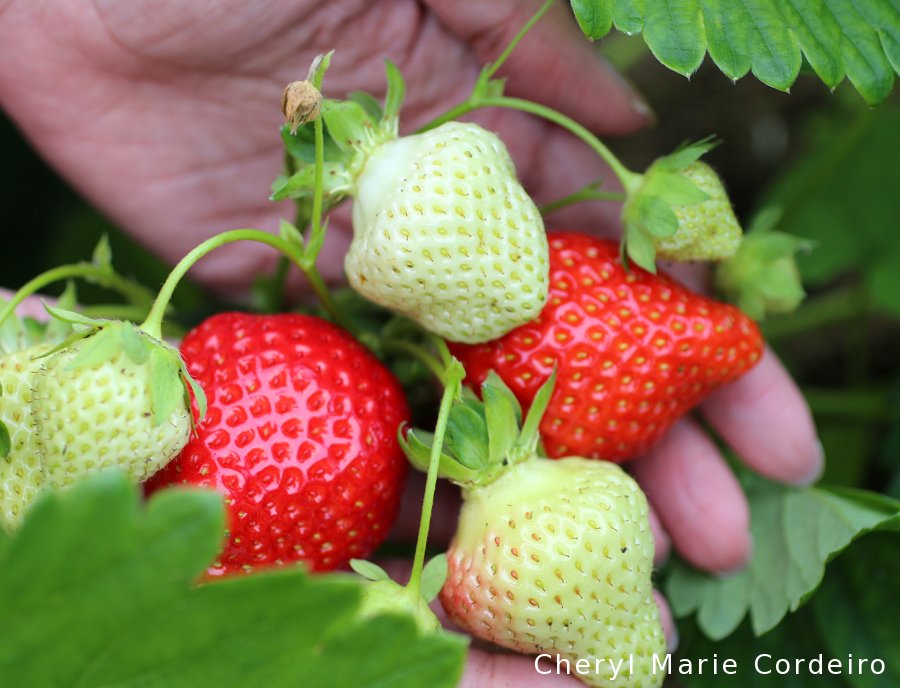 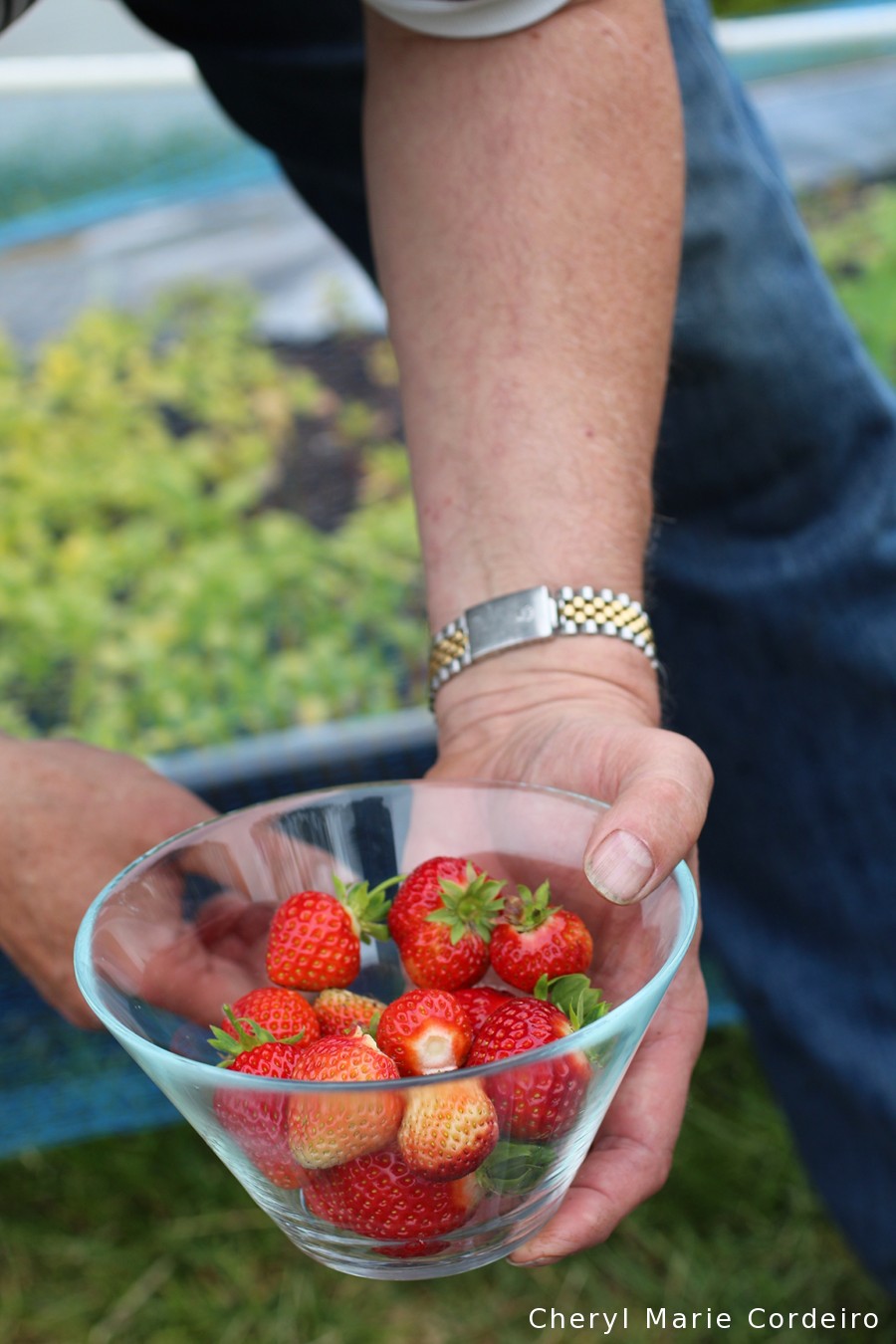 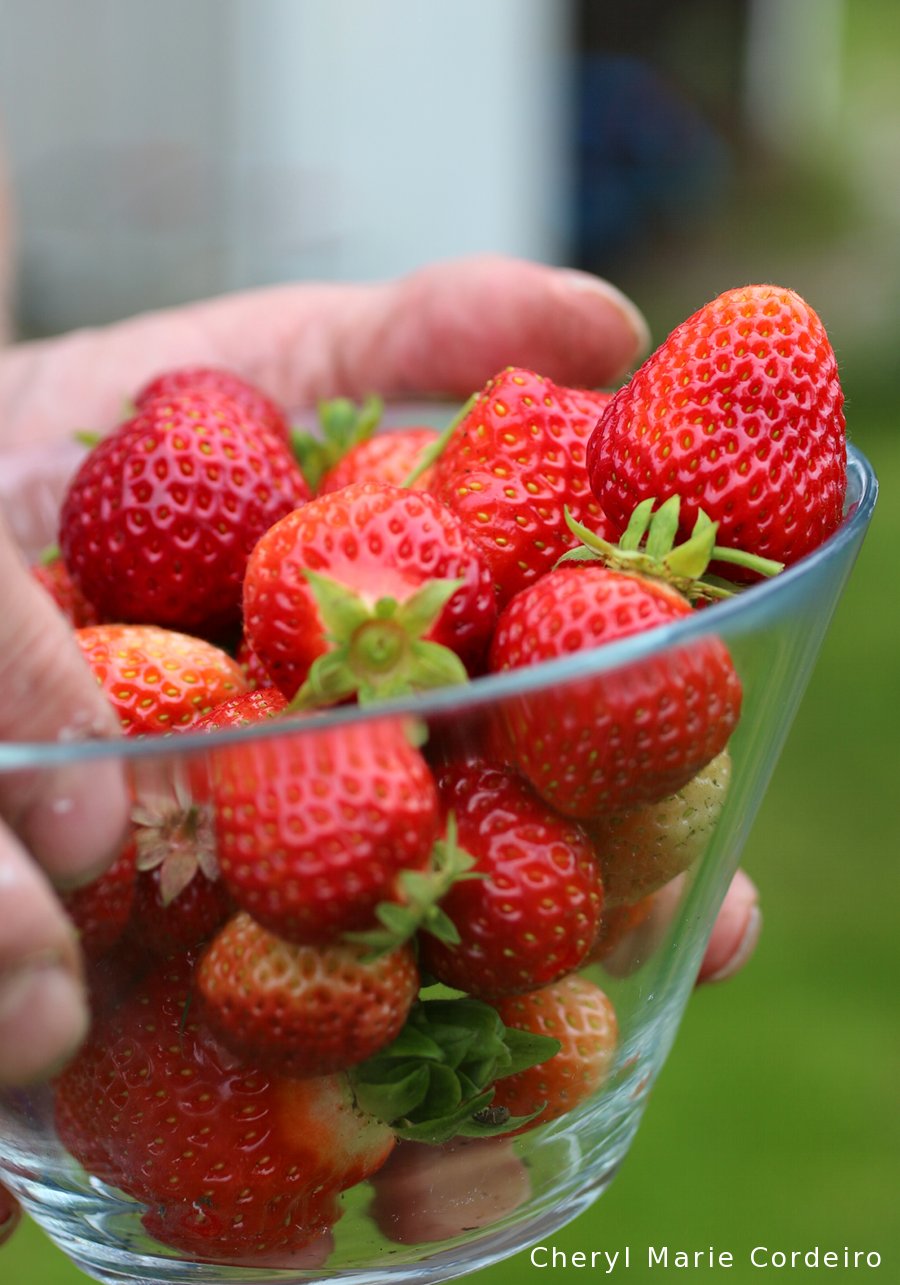 In the garden. Harvest of strawberries. 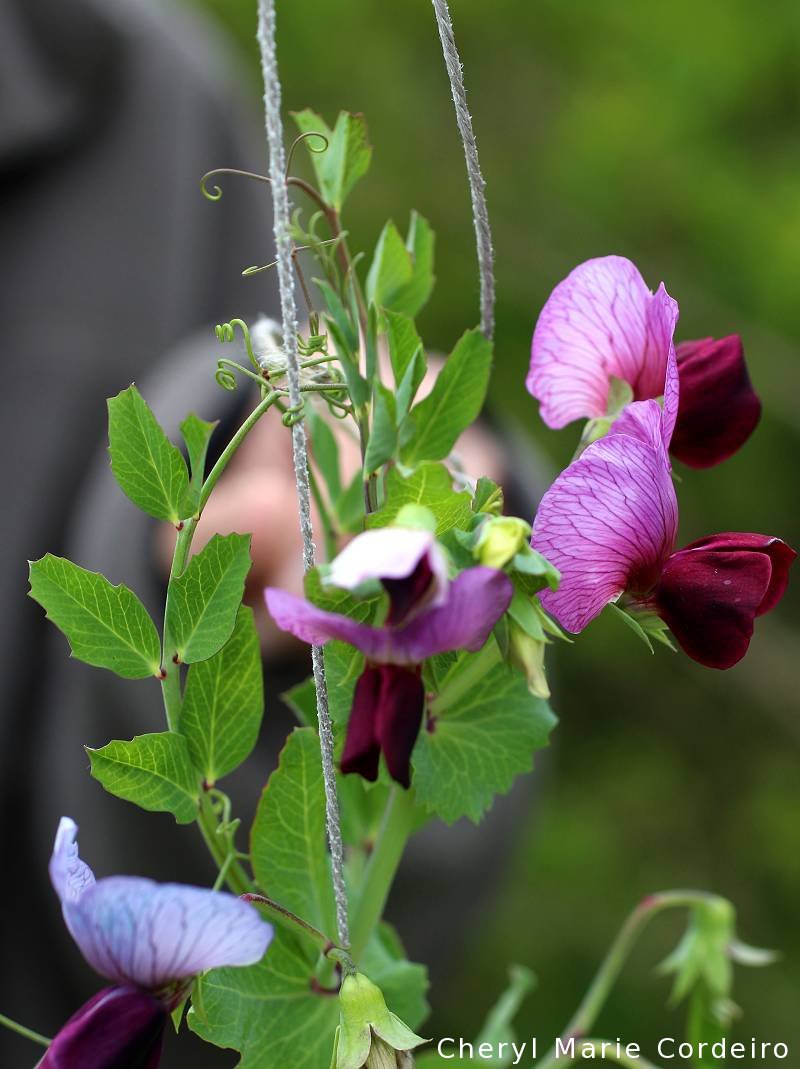 The sweet peas are coming along nice too.