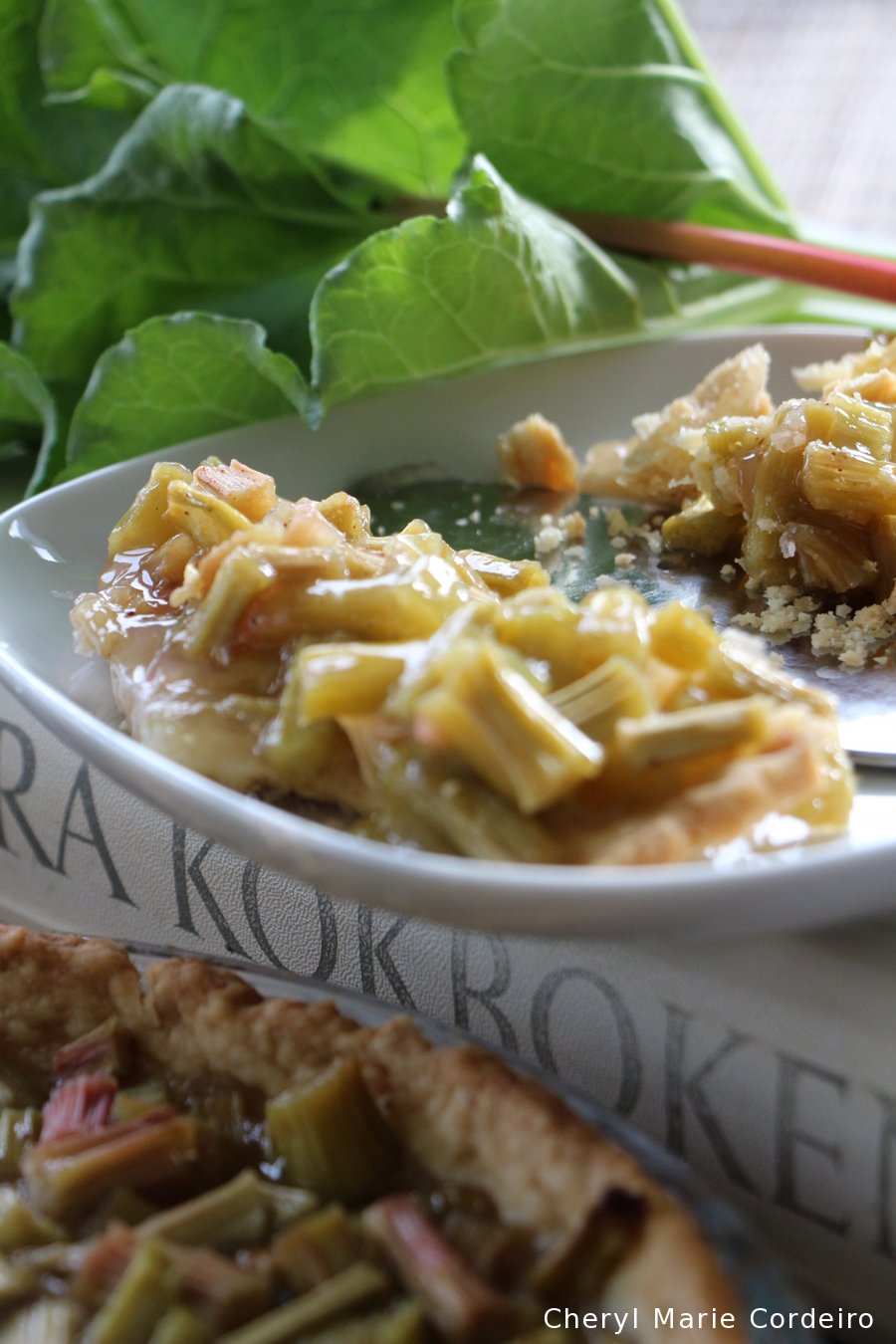 Just before spring, a neighbour called for anyone interested in taking care of some orphaned rhubarbs. So we picked up about five or six plants already dug up from her garden, and wheelbarrowed them back to our garden. Traditionally in Sweden, rhubarbs are harvested in the autumn, allowing the stems to get slightly thicker but not so thick that it becomes all fibres and impossible to make that crumble-pie.

The internet is a trusty source of information, with plenty of recipes for good rabarberpaj, even rabarberkräm which is a lovely rhubarb-porridge dessert to have with just milk over. One could go full exotic with the recipe for pie filling, adding five spice, cloves, ginger, orange zest, and bake it with a crumble of oats, crushed hazelnuts, demerara sugar etc. But I was curious about just that rhubarb pie. So I reached out for a Swedish cookbook publication I have on the shelves at home, that began its first print run in the 1930s entitled, Stora Kokboken. Page 418 of the 1963 print reads a rhubarb pie recipe from the 1940s. It is a no fuss recipe, and sounded perfect for a late night baking:

Make that pie dough and flatten it around the sides of that pie tin. Chop the rhubarb. And here at this stage of the recipe when putting together that pie filling, I’d personally fall back on that Nonya secret of you never really know if they really know, agak-agak measure. Depending on the harvest of rhubarb, you might need a good large sprinkling more of sugar. Once you have that agak-agak sugar measured, toss the sugar with the rhubarb, then add in the potato flour. Toss again, and fill the unbaked pie crust with this filling. Everything goes into the oven at the same time at 225 deg C for about a half hour or when the top turns golden brown.

It was almost too easy to put this together, so I had my doubts about whether it would taste alright when the pie began to brown at the tops and the fibres of the stem began to show more texture, looking potentially stringy. But looks on occasion deceive. This lack of garnished pie, without decorative latticing, no whipped cream, no custard at serving was – perfect – as is. 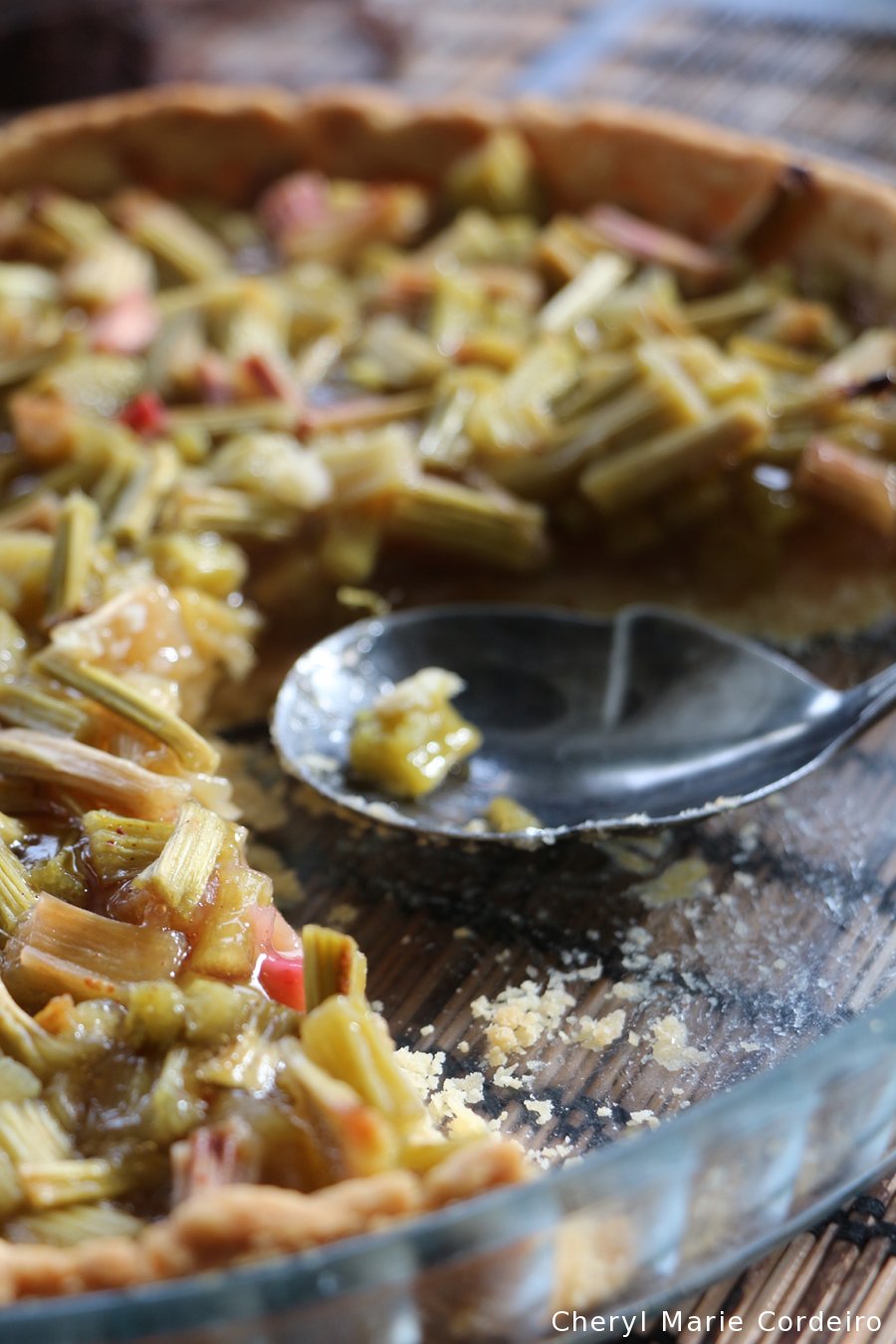 The 1940s recipe used for this rhubarb pie comes from the Swedish traditional cookbook entitled Stora Kokboken. So at just about the turn of the rockabilly era, this dessert was what could be found on the tables in Swedish homes at autumn harvests. 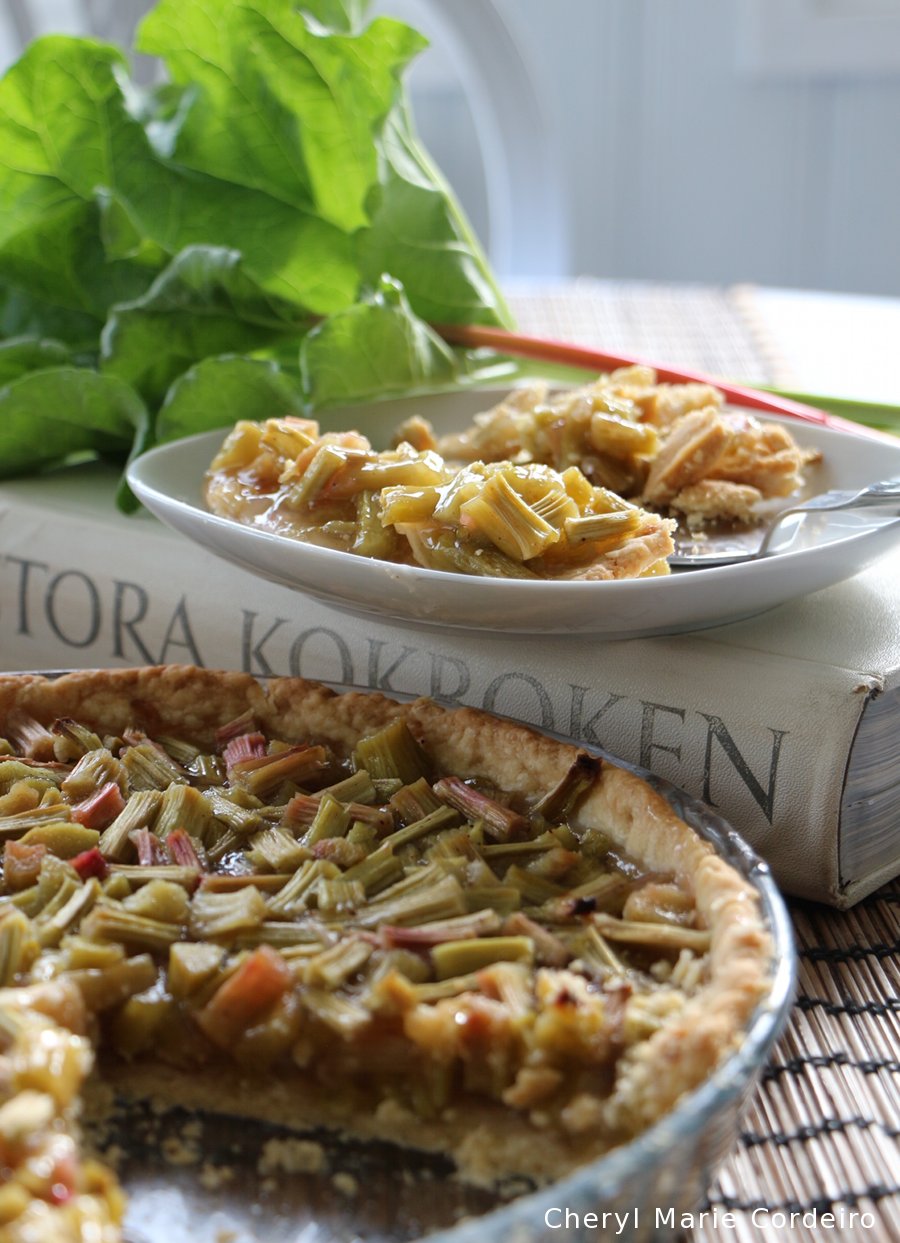 It tasted better than alright. Nothing else needed.