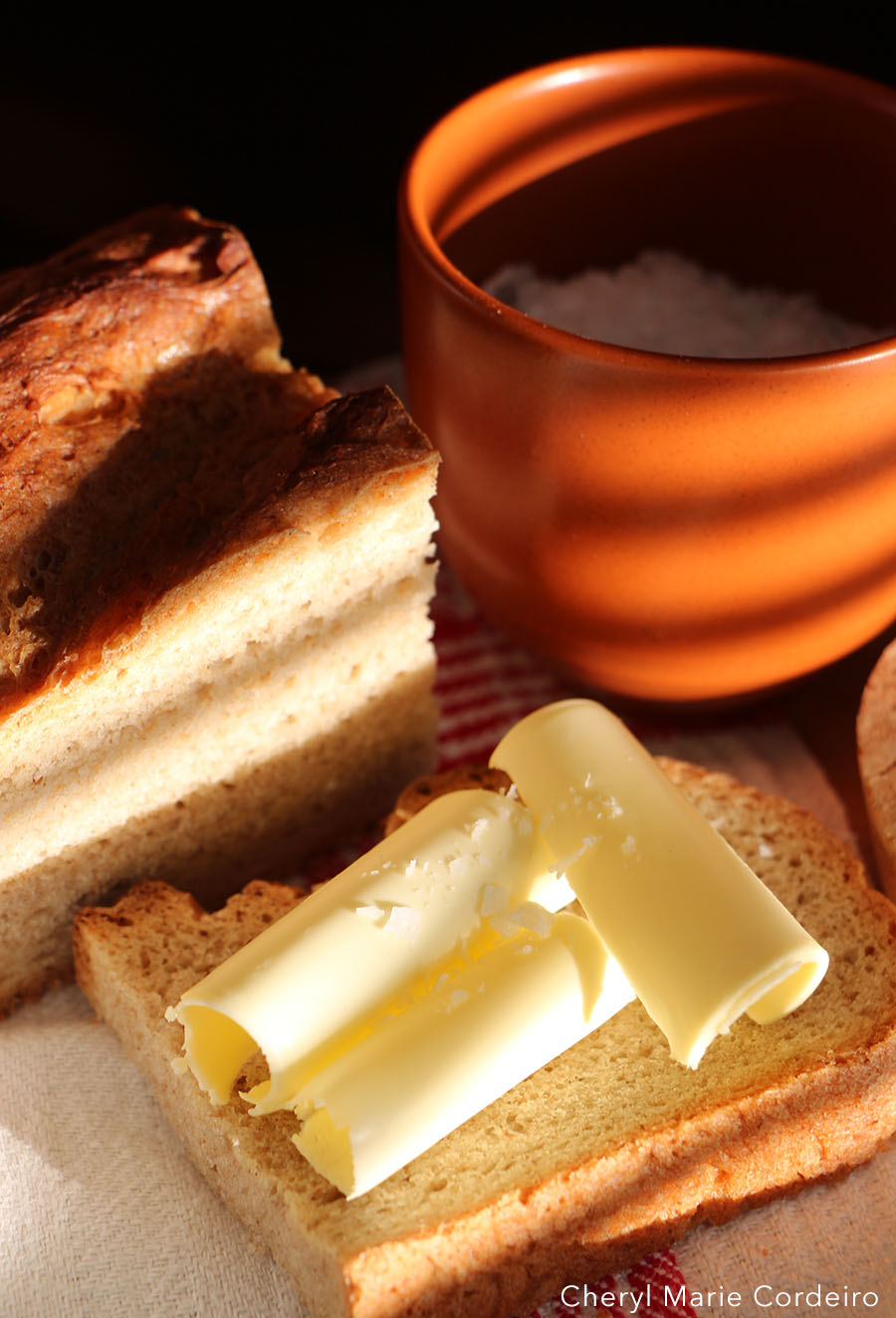 The phenomenon of no-knead bread began to grow in popularity in the mid-2000s in address to the lack of time people had to spend in home kitchens. Today there are about 1.6M hits on google for no-knead bread recipes, including one of my favourites by Mark Bittman simply entitled No Knead Bread from 2006 [1] when he worked with The New York Times (NYT) writing on food. That NYT video upload featuring Jim Lahey of Sullivan Street Bakery in Manhattan showed how breads could easily be baked without too much work, plopped into a cast iron pot, which I did for mine right here.

I had likewise as Jim Lahey from the 2006 video, used a three-ingredient bread recipe of yeast, flour and water. The difference however is that I liked kneading the dough, bringing out its gluten in the protein strands. That and, I had also used three different types of flours for this bread in a pot.

Pick up any flour package from the Swedish grocery stores and you’ll find on the side of that package, a recipe and instructions to baking a couple of loaves of bread using that flour. The recommended kneading time for a piece of dough by hand that renders about three medium sized loaves of bread is ten minutes. It would be six minutes if you used a machine to knead the dough. Per one baking session considered, not much time is kneaded at all actually.

The sight and smell of fresh baked breads is often what draws me to step into a bakery, a café or stand around the bread stall at the annual Gothenburg food fair, so I find it a wonderful feeling to be able to have bread right in the home oven, no matter the time of day.

Once the ingredients are mixed and the dough kneaded, the bread pretty much grows itself into its final product. A little bit of heat and time in the oven and voilà – a warm breakfast / supper served. 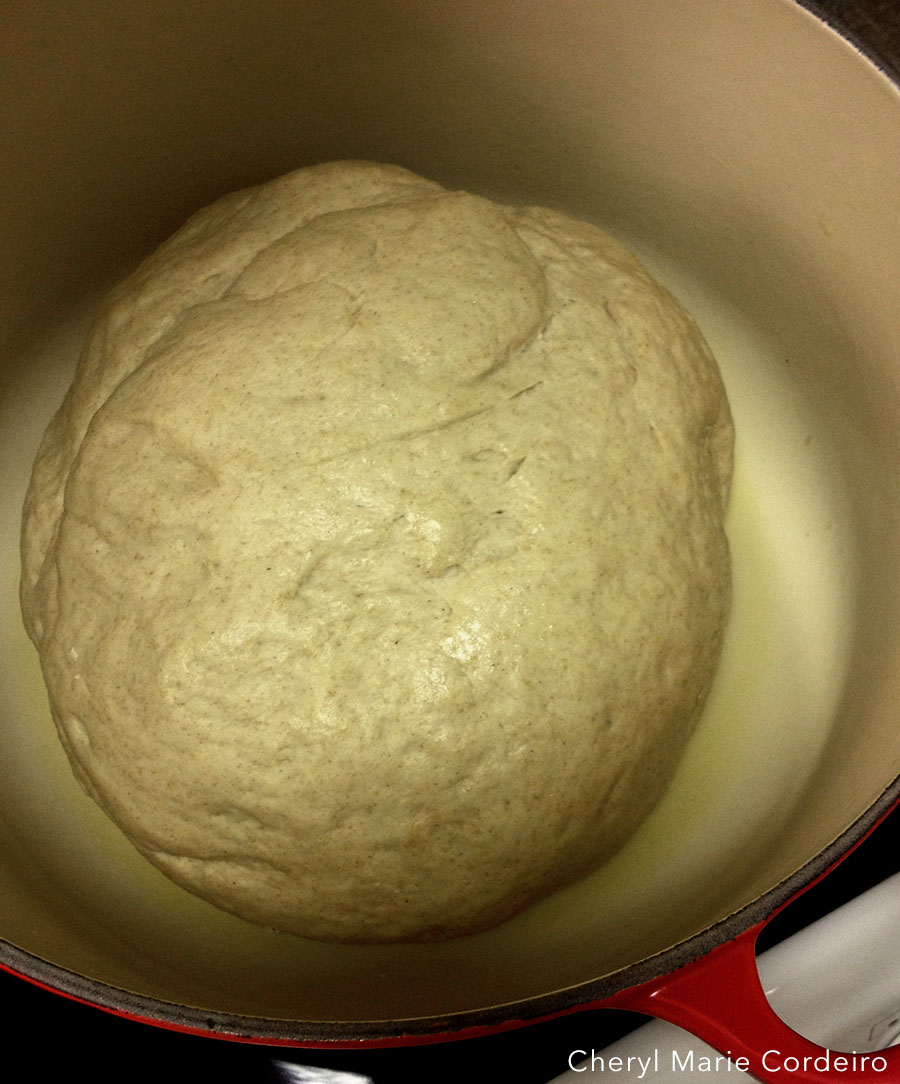 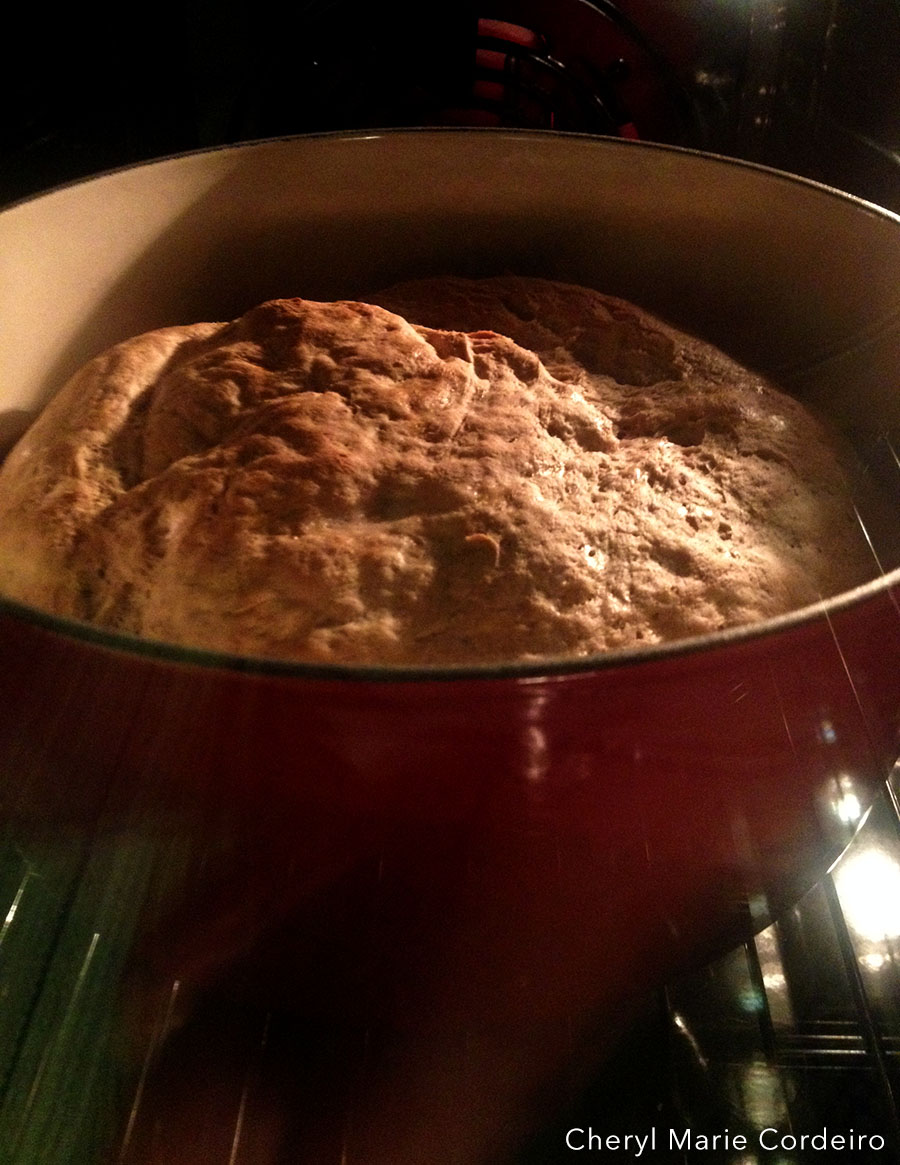 The bread in the pot sat in the oven for about forty-five minutes. It got done when the top turned a dark gold-brown, and the dough once baked will pull away from the sides of the pot. 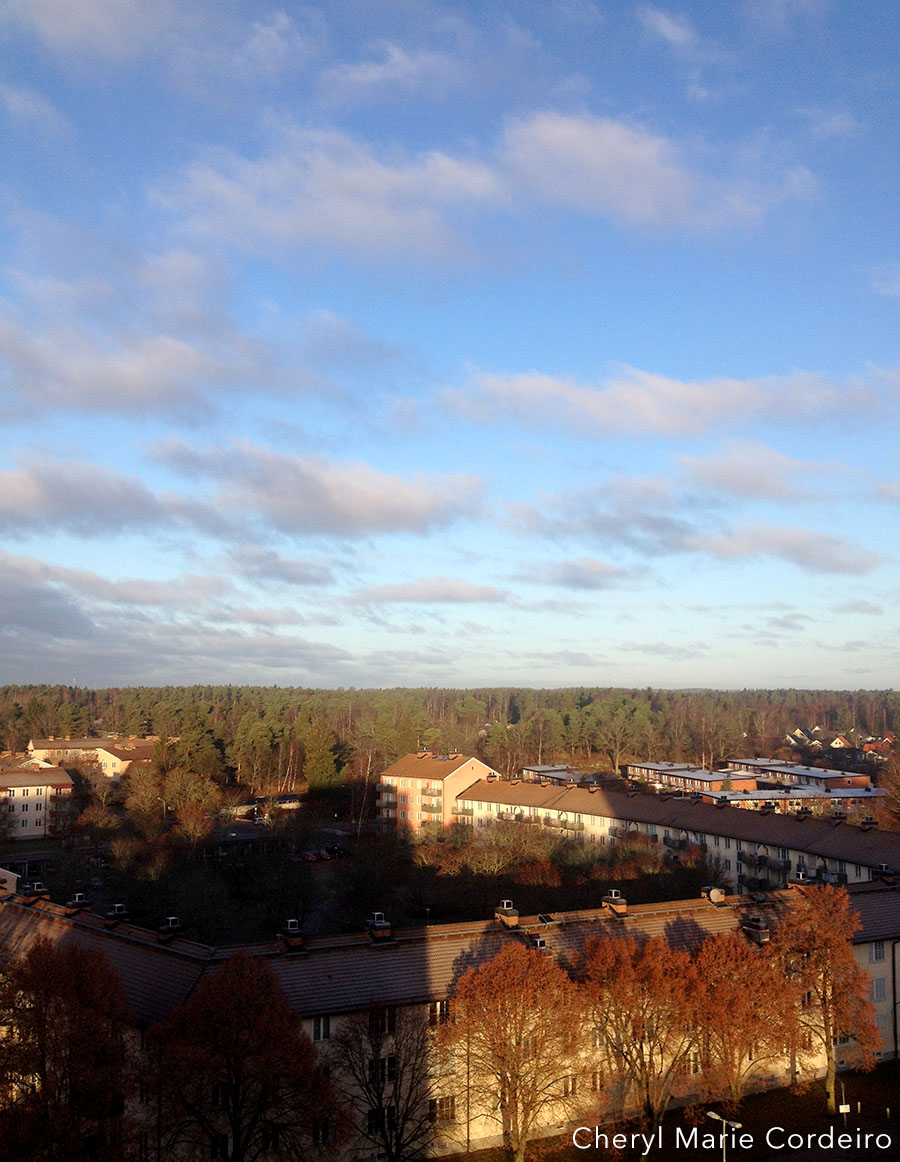 View of part of Västerås. This weekend was one of those warm coloured autumn days in mid-Sweden.