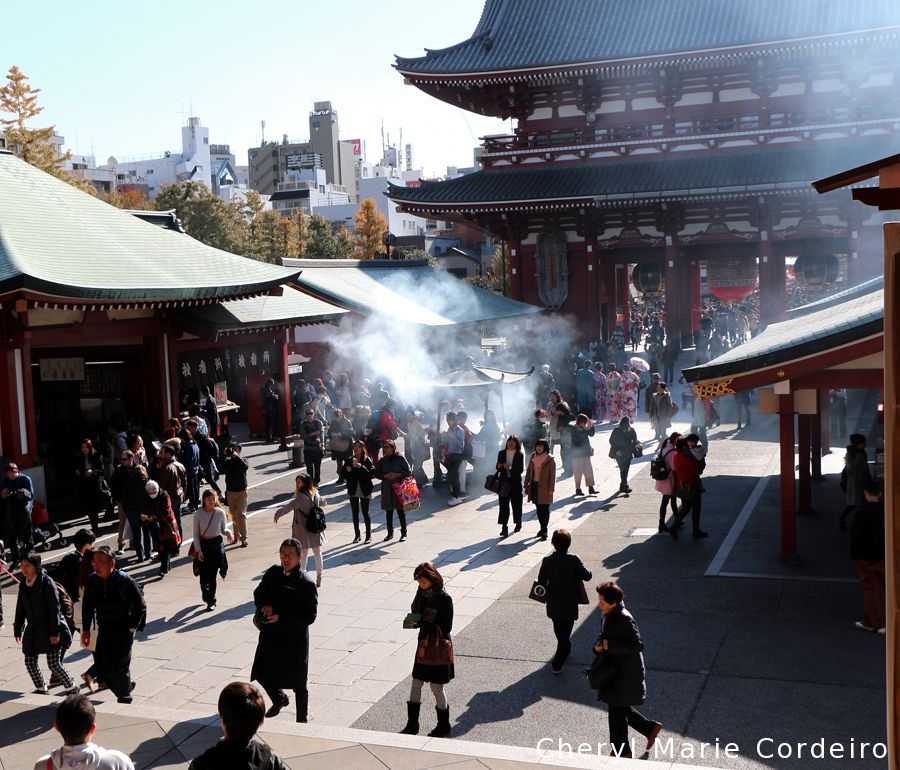 §TRANSCRIPTION START
$G: We have a very interesting story about the Sensoji Temple, origin of Sensoji Temple. One day, two grown-ups picked up a statue of Buddha from nearby Sumida River when they are fishing. And at that time they didn’t know what is that. Because the Buddhism was imported to Japan during the sixth century, so at that time, they were commoners so they didn’t know what is that. And they tried to put it back many times. But the statue always found a way to come back to them. So finally the two fisherman together with chief of village, the three people built a place to worship the statue of Bodhisattva. Bodhisattva is a kind of Buddha. And Bodhisattva is known as God of Mercy. And Bodhisattva can save all people from suffering. And the creating of the Bodhisattva became very popular, and a lot of people began to came to the temple to make a prayer. That is the history of Sensoji Temple.

So in the Sensoji Temple, except for the Buddhist Temple, there are shopping arcade. Shopping arcade. And you can enjoy the shopping there. And these shops are more than shops, they are souvenir shops selling the Japanese souvenir, like kimono. Kimono is the national Japanese costume, and the Japanese dolls and the Japanese folding fan. And on the folding fan you can see many pictures of Japan, and chopsticks and Ninja costume. On the approach road to Sensoji Temple, there are eighty small shops. Each shops are very small, but very unique and very old. The shopping arcade have more than one hundred year history. Very small shops but very unique. So if you like, you can enjoy shopping there. < looks into a bag > Sorry, today I don’t have the big map, but I have the small map so now I show you. Here, I give you the map. And on the map there have the direction. But please ignore the direction. Because today we park here, not here. Because we have the map of Sensoji Temple, I later will explain how to go in Sensoji Temple. When the bus stops, please do not get off the bus. I will need to help our driver to park, so please stay in the bus until the bus stops.”
§TRANSCRIPTION END

If one were expecting tranquil and peace of mind in Tokyo’s oldest Buddhist temple from the seventh century, then no, those were nowhere to be found at this temple grounds. Rather the fun of it all lies really in the exploration of the Nakamise shopping arcade that offered the most fantastic of Japanese desserts to-go, and the prettiest artisan chopsticks to be had for souvenir. Close to the site of kabuki theatres and a large red light district during the Edo Period (1603-1867), Asakusa remains vibrant today with food, fashion and entertainment. 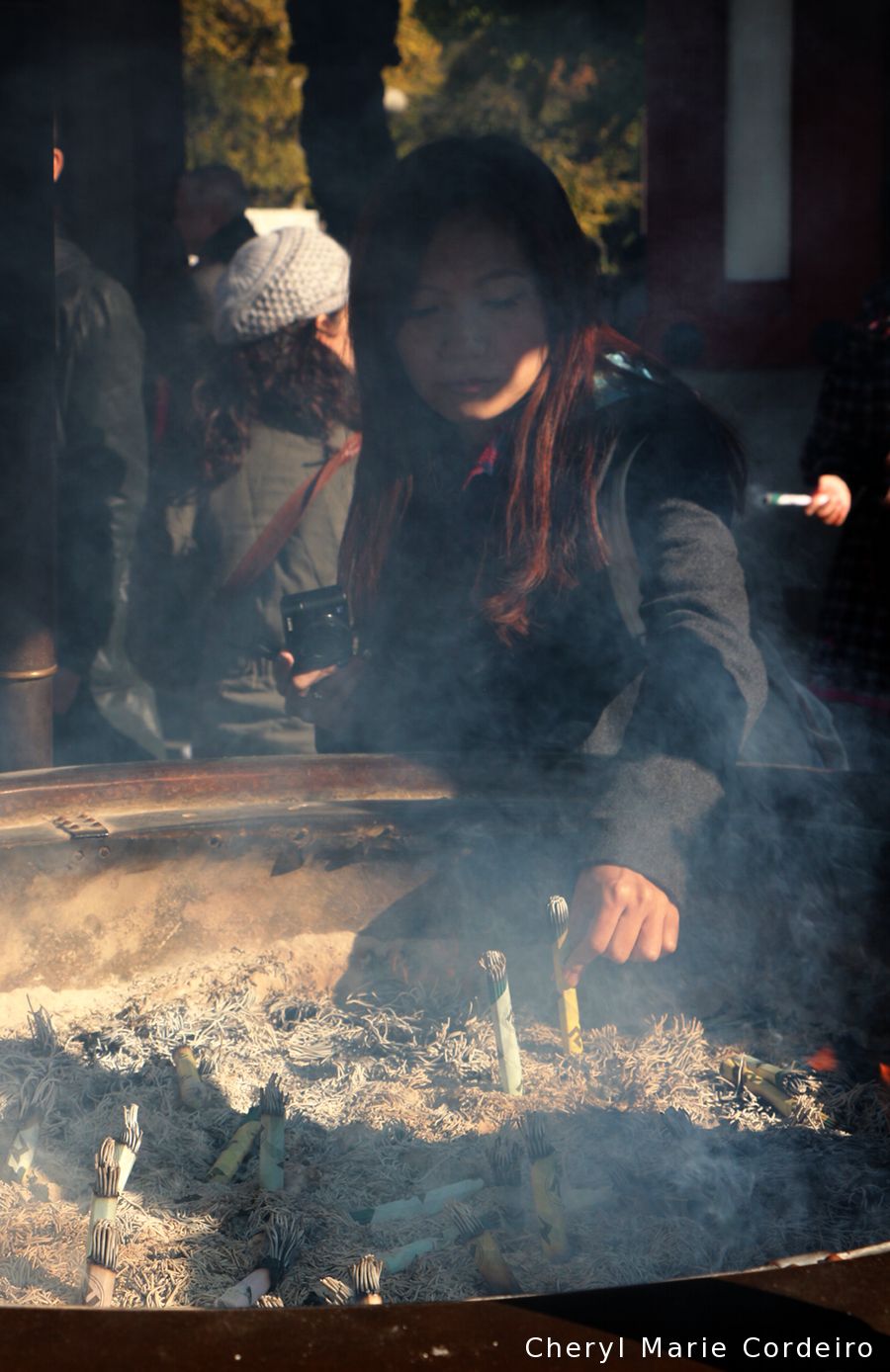 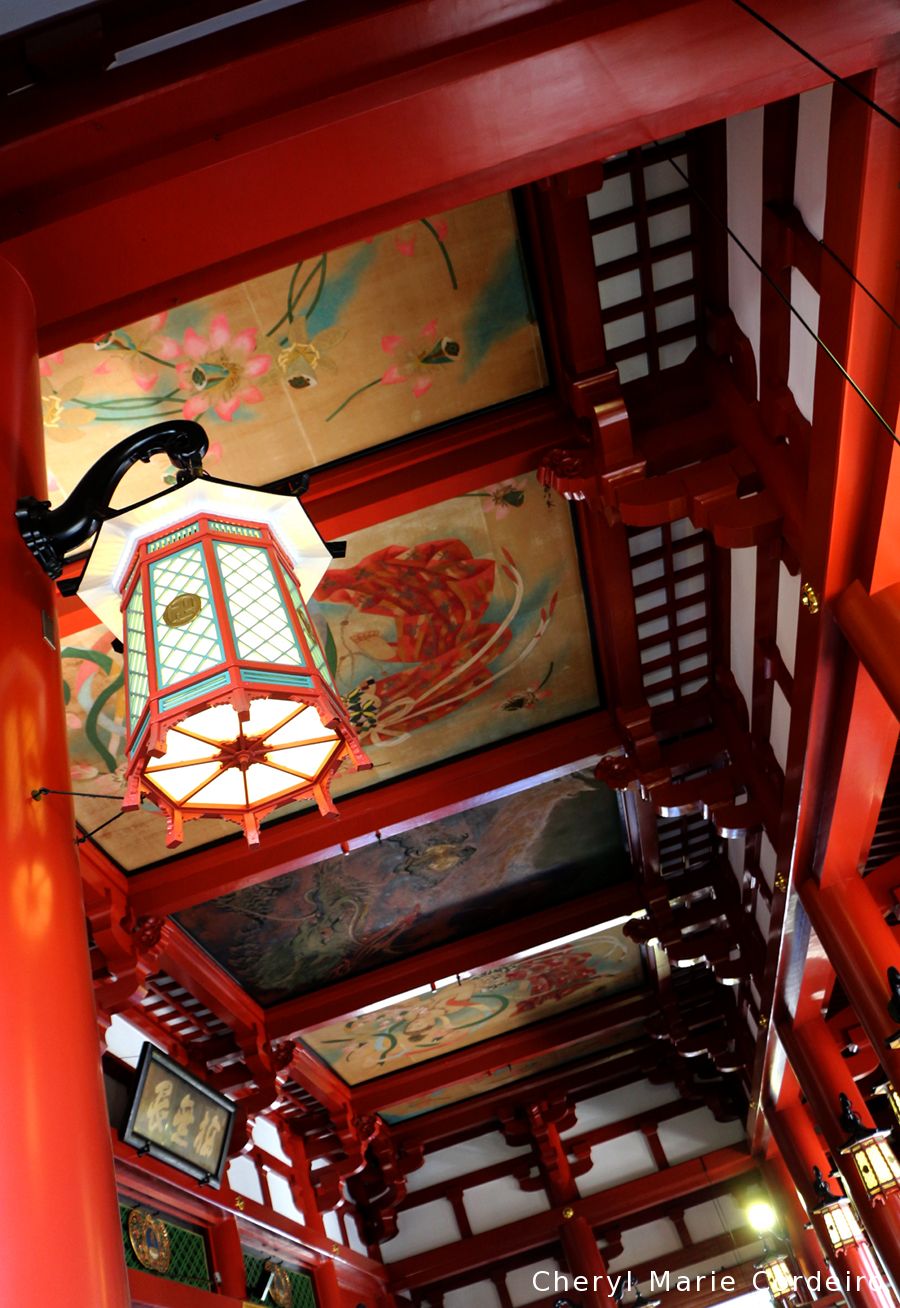 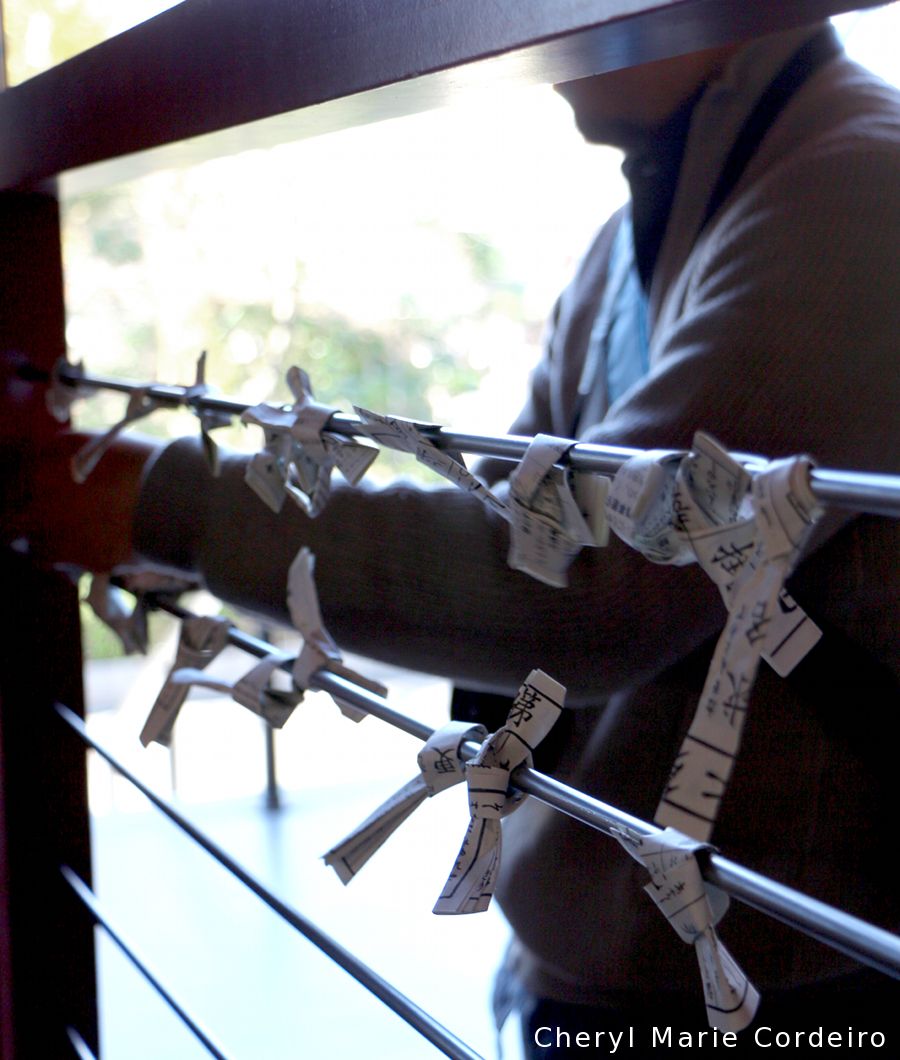 Fortunes can be read at the temple. And if a fortune picked turned out inauspicious, simply knot it to the bar to turn bad luck into good. 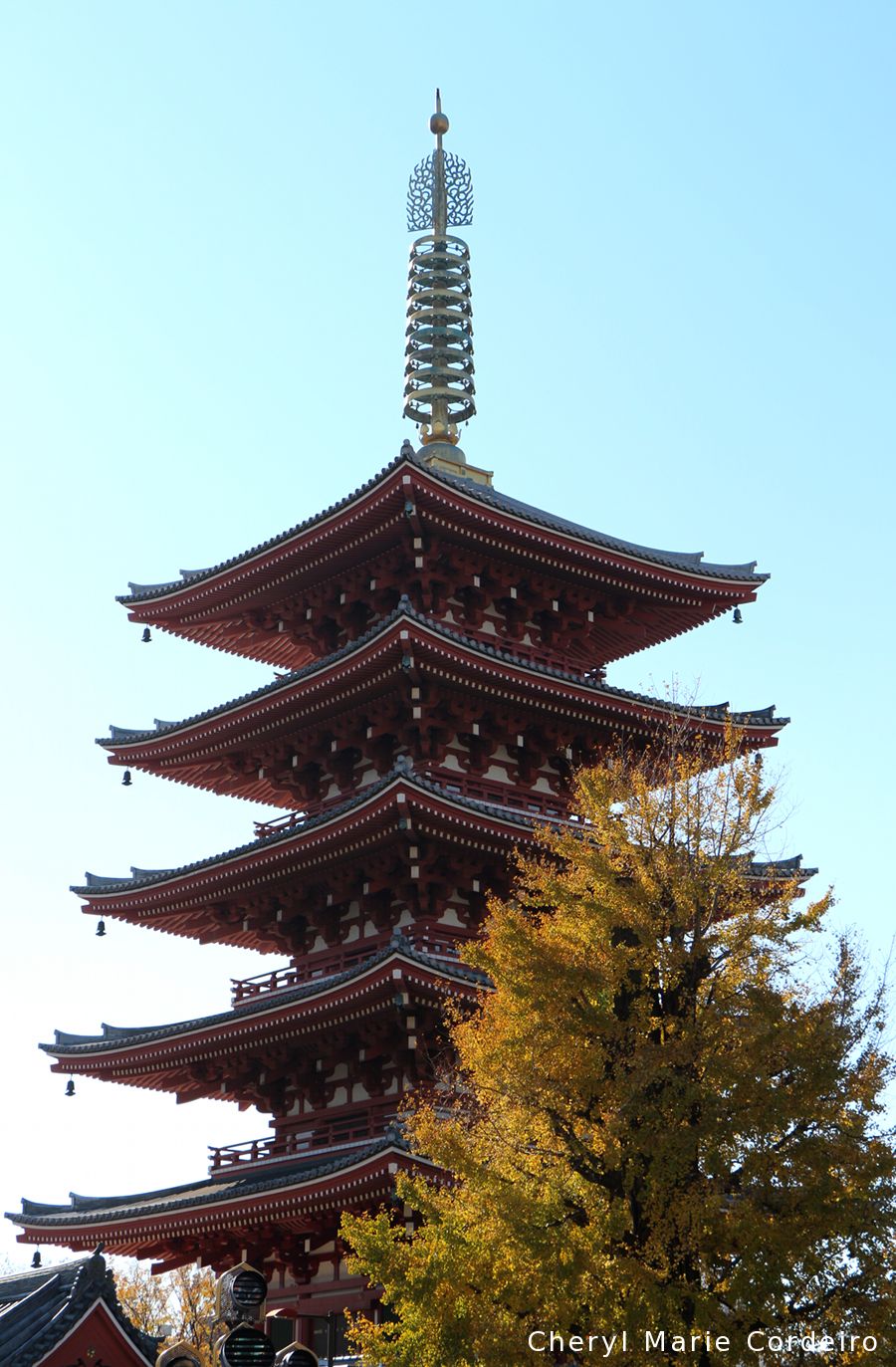 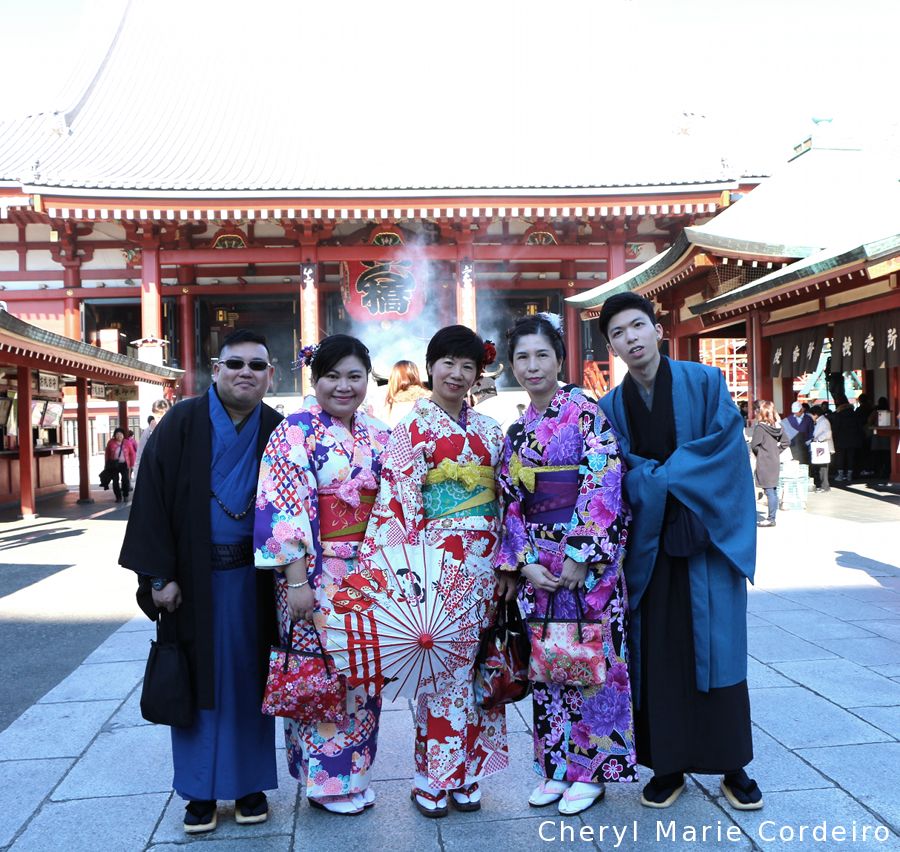 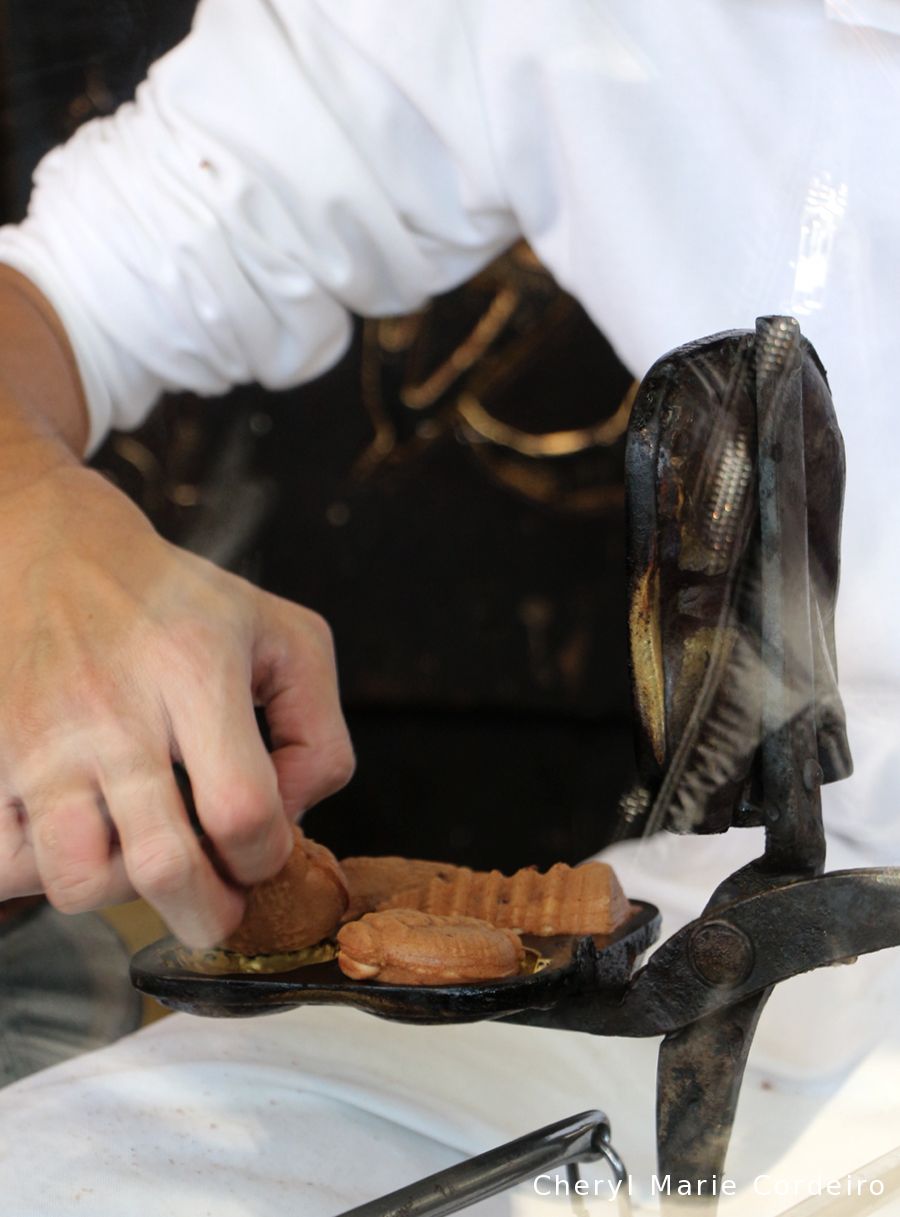 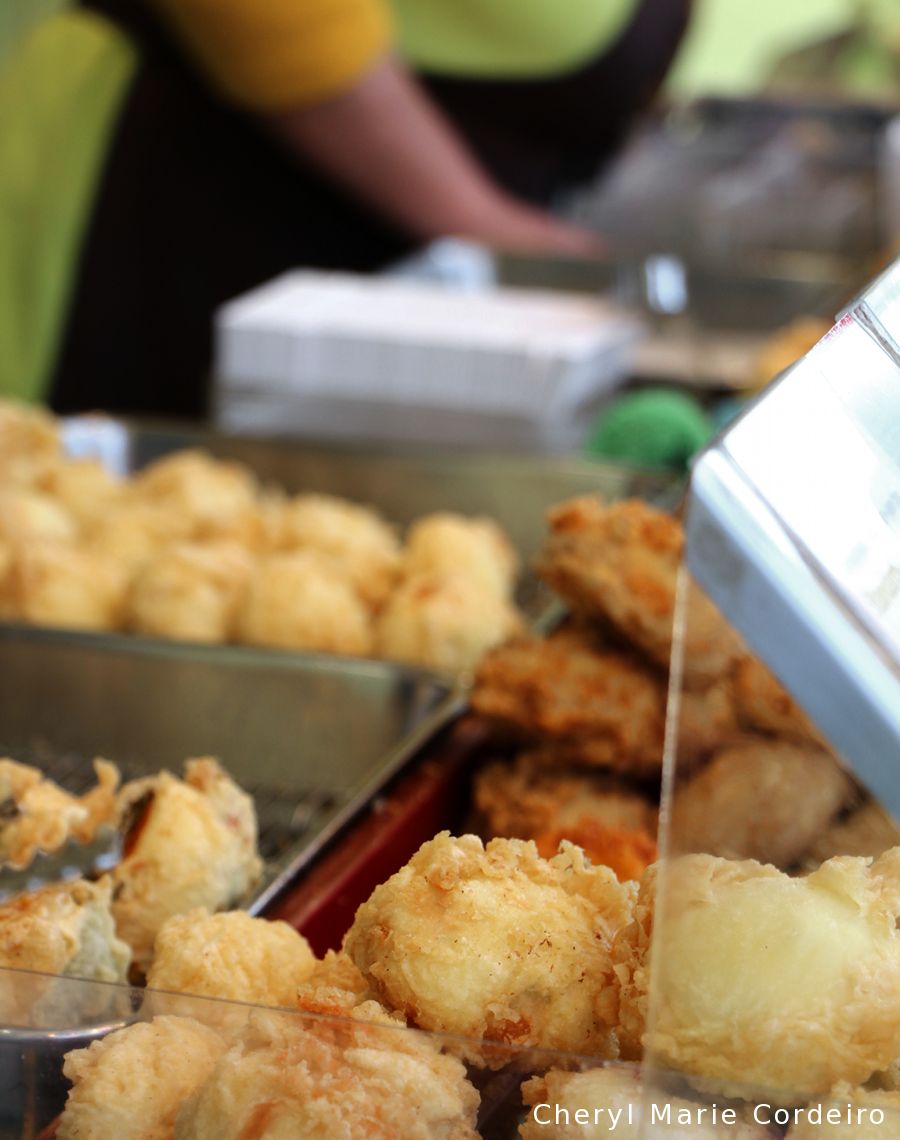 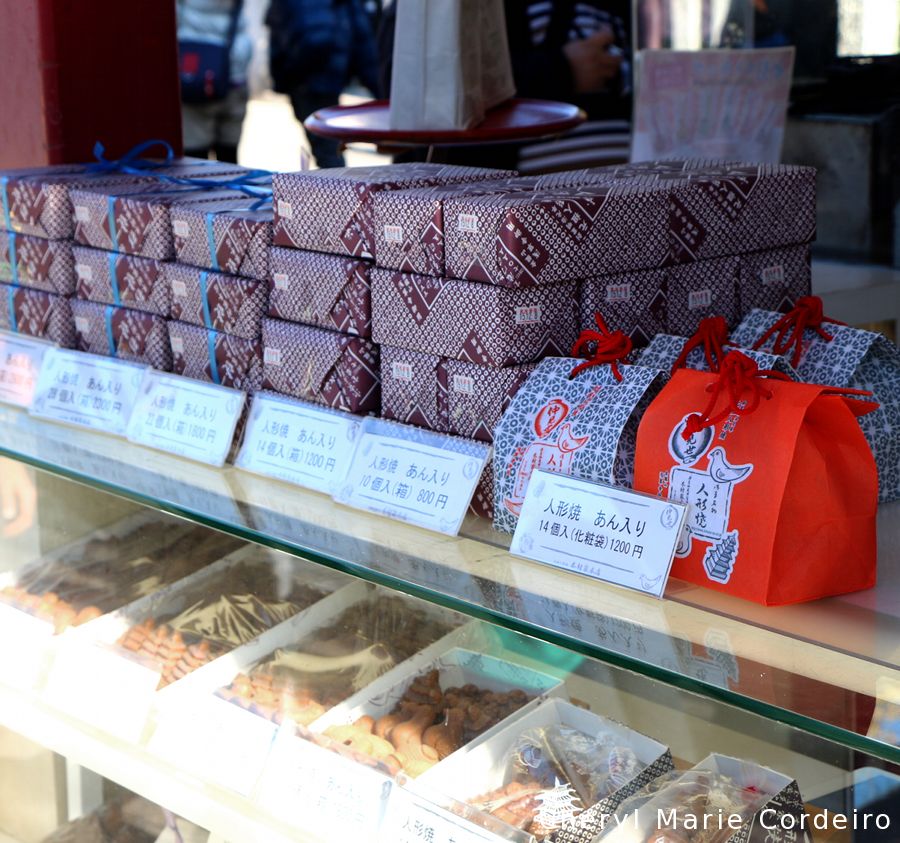 I absolutely admire the pristine quality of presentation in most all Japanese dishes. Here, this melon bun was just gorgeous to have as a mid-day bite. 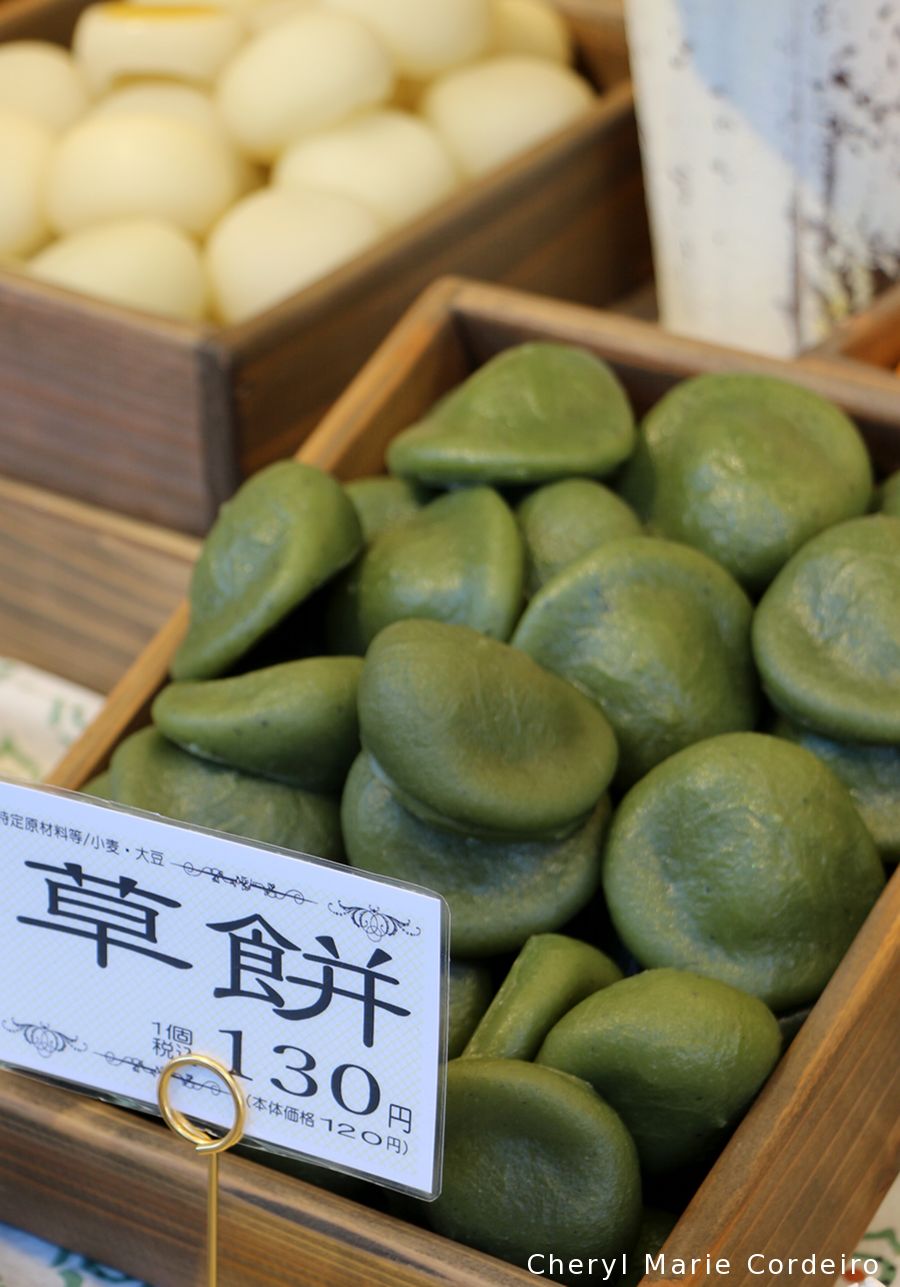