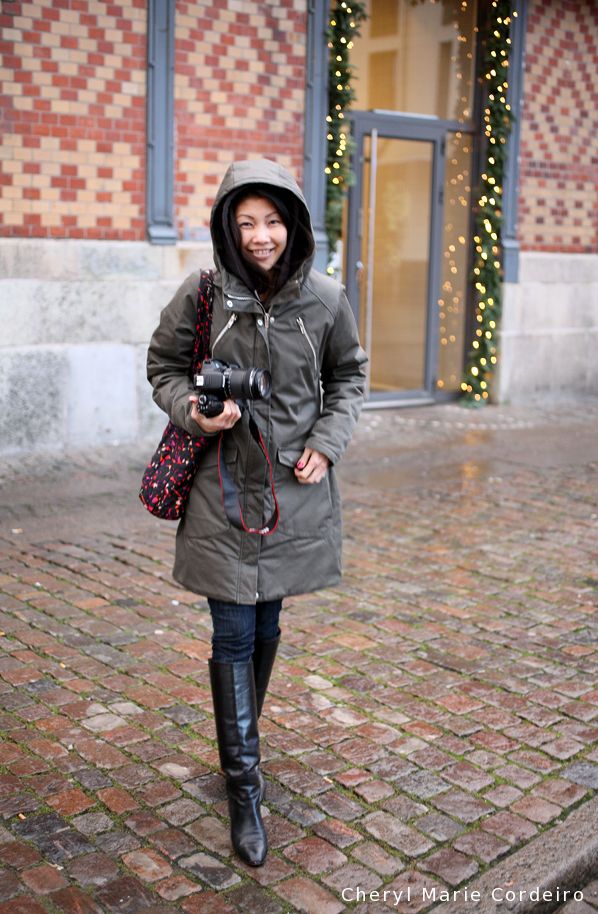 After planning for weeks to explore the festive winter markets whether in Gothenburg or Västerås, I went right ahead and missed every single one of them, in both cities.

This series of miss-events reminded me of what was told of me years ago, “For you, my dear, planning doesn’t work. You might as well give up on planning things altogether.” Perplexed at the woman’s absolute tone of voice, I had asked the woman who seemed so convinced of my stars, “What do you mean ‘planning doesn’t work’? I plan all the time!”, “Exactly what I said” she promptly replied, “And it doesn’t work for you.” I shot her a look of one raised eyebrow, expecting an elaboration on her part. But I received no further elaboration. I watched as she continued to peer with furrowed brows, into the astrological charts she had unfolded on the table in front of her. Behind where she sat were rows of books on Sanskrit literature and Vedic astronomy sorted according to the colours of the leather and cloth bound covers in a dark wood bookshelf. At the foot of one corner of that book shelf burned an incense that filled the room with the scented mix of warm sandalwood and musk. I sat back in the unvarnished matching dark wooden stool and marveled at the library behind her, wondering if such deep knowledge was ever as useful as it could be when applied in the context of a culture that believed fruits of the family Arecaceae could be used in likened fashion of digital geo-locators of objects. From the woman’s prolonged silence and deep furrows in her brows, I could only gather that she was as confused (or would that be silent concern?) as I was, and pressed the subject no further.

Having witnessed this festive season however, the unraveling of plans to visit any market in celebration of the winter solstice this year, I decided on the eve of Christmas eve, to take a different approach to winter marketing. On whim and fancy, I headed into the city in the direction of the non-Christmas markets markets in Gothenburg to see if there were any festive marketing to be had. 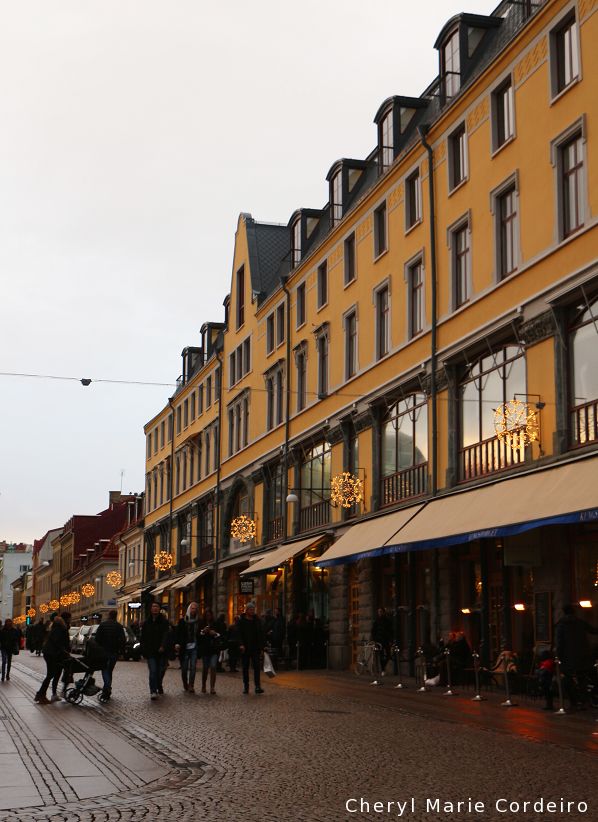 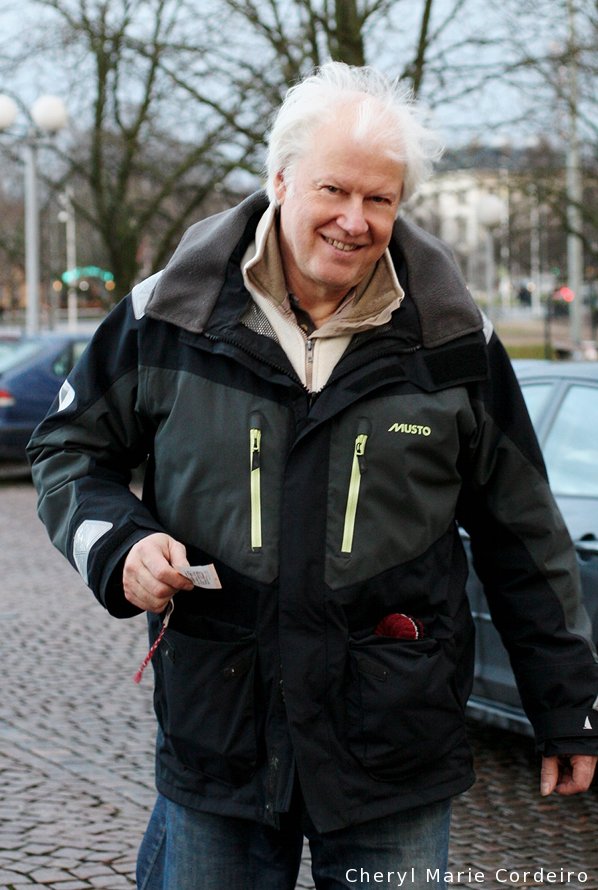 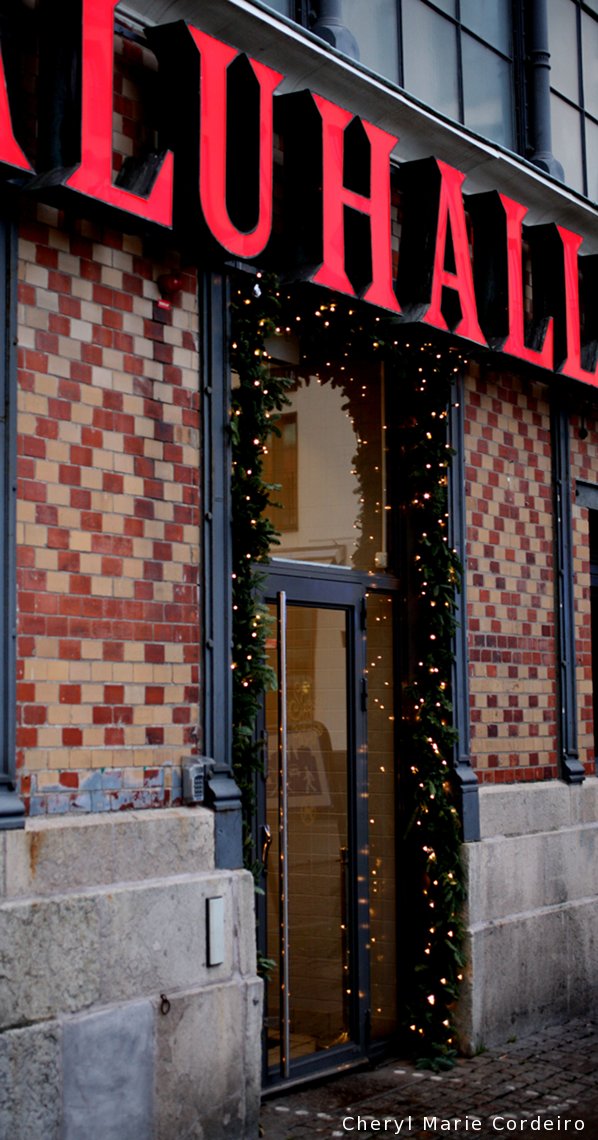 As discovered, there was plenty of festive marketing to be had. Through these doors of Stora Saluhallen, Gothenburg’s largest central market established from 1888, were snaking queues to all sorts of jultide delicacies. It looked a good idea to make around the building rather than through it, which is exactly what we did, finding our way to Bar Centro for coffee. 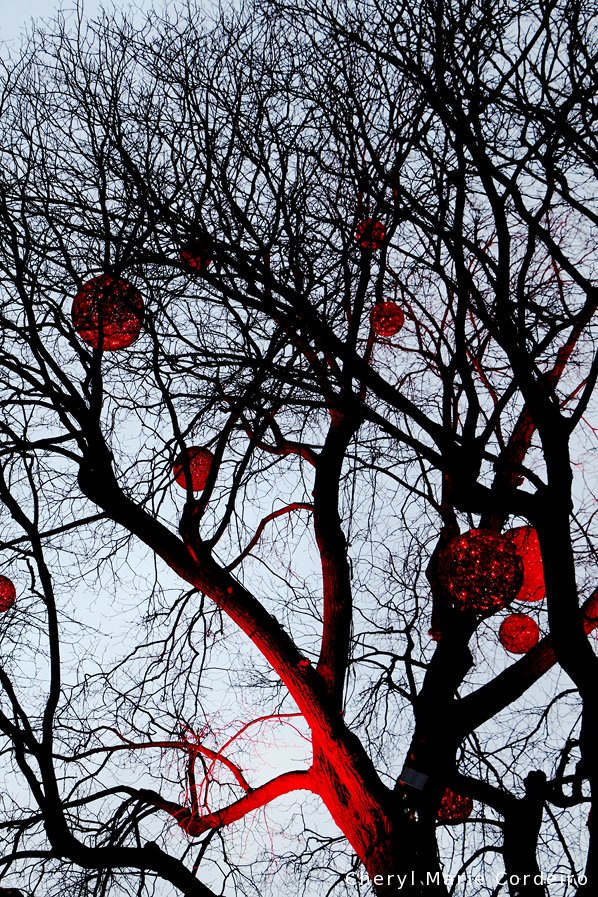 Fiery and dramatic, a decorated tree that stands in the middle of one of Gothenburg’s busiest tram crossings near the centralstation.

With preserved herring as julbord staple in many Swedish homes, a stop at Feskekôrka is mandatory if you want the best of raw produce. 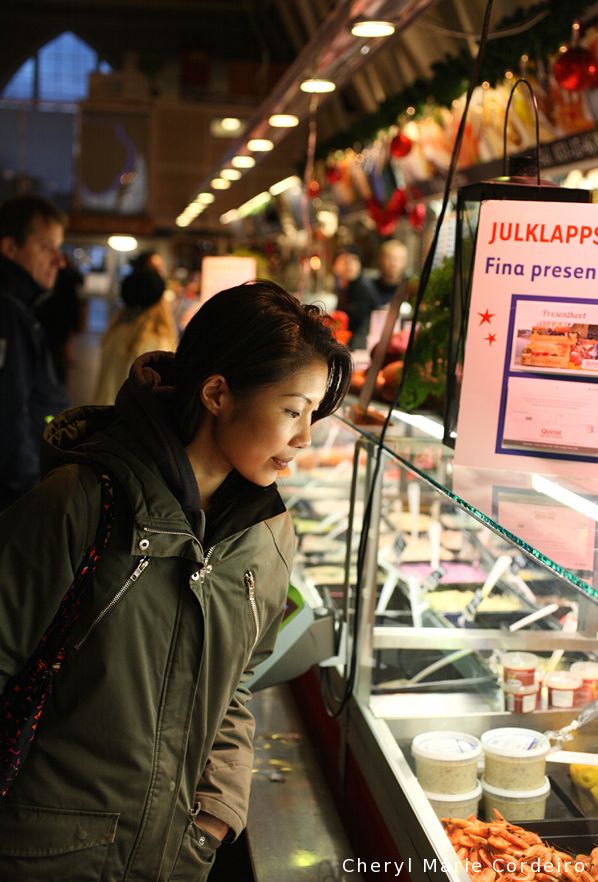 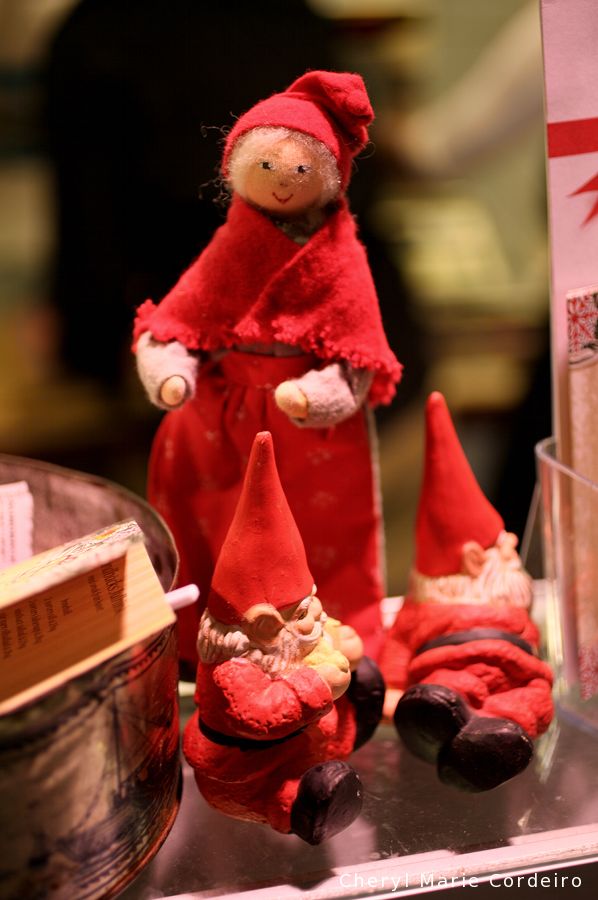 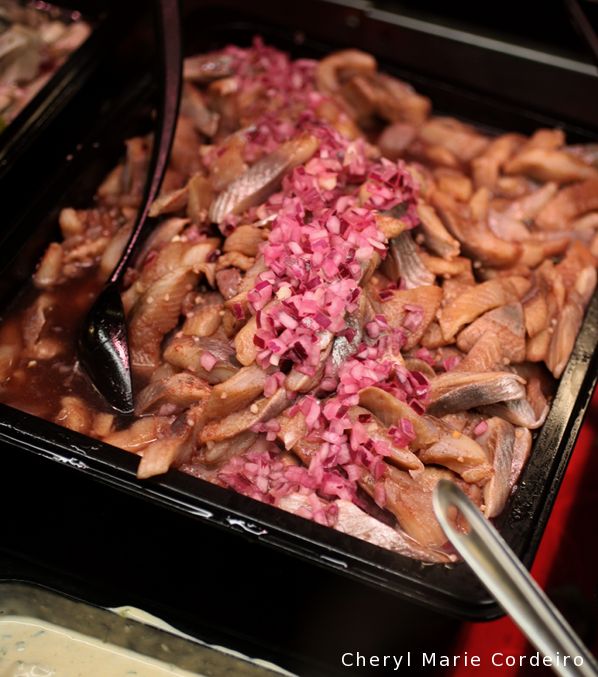 Preserved herring, a staple on Swedish tables all through the year. During the festive winter months, a greater variety of flavours are made available for the more adventurous of palates. 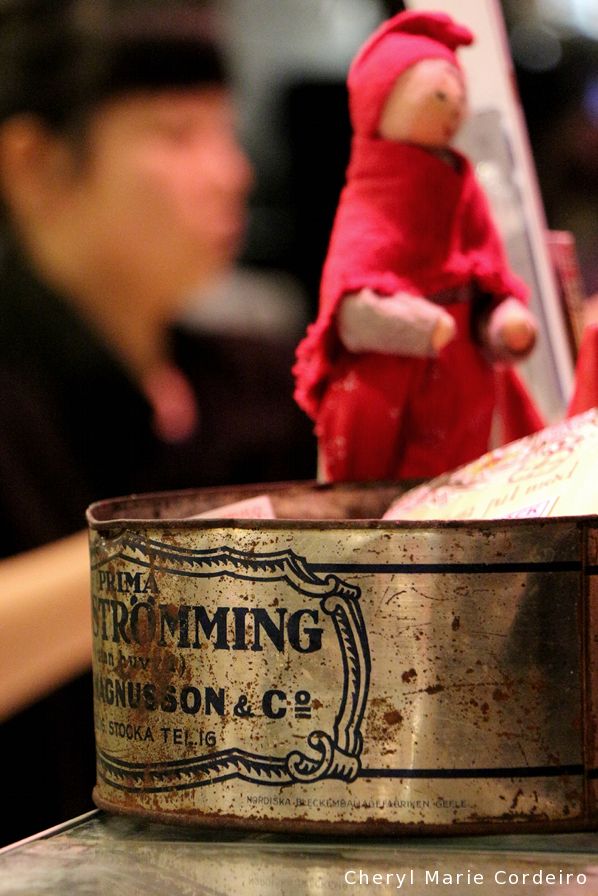 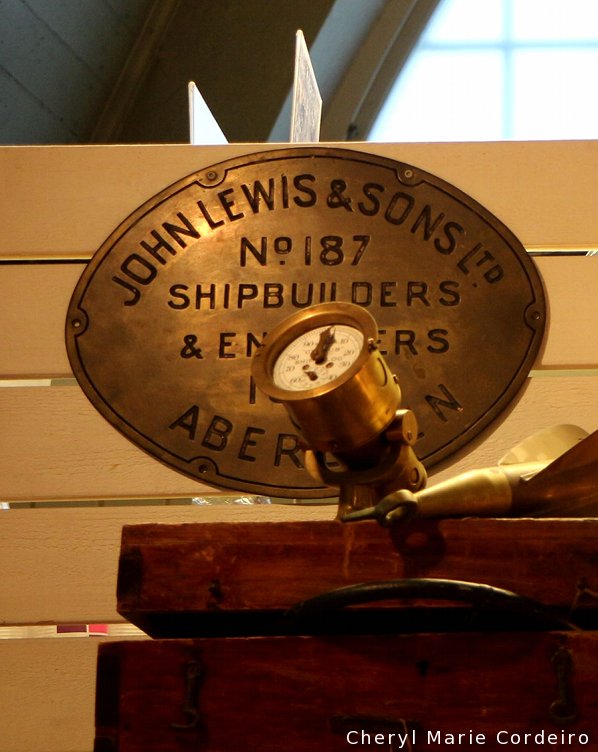 On the shelves at Feskekôrka, an invaluable ships log and distance recorder complete with spinner and attachment. 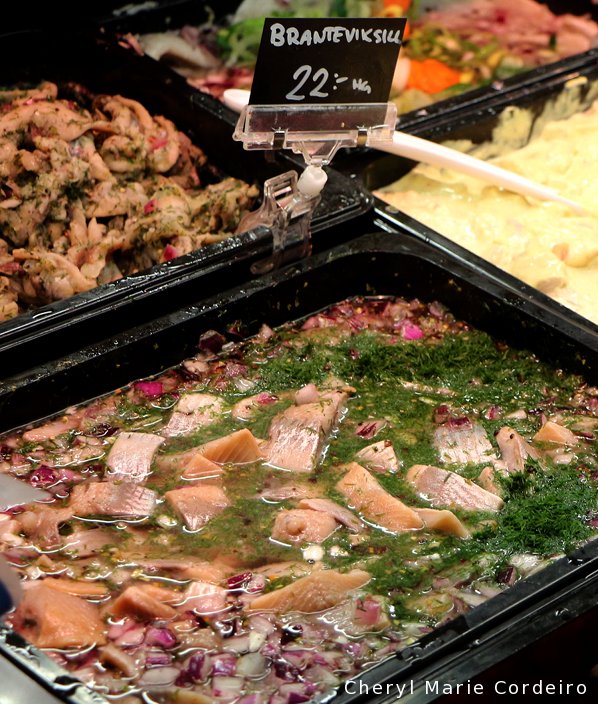 Brantevik is a south Swedish specialty, an extra sweet, lemon and pepper pickled herring with onion and extra everything. 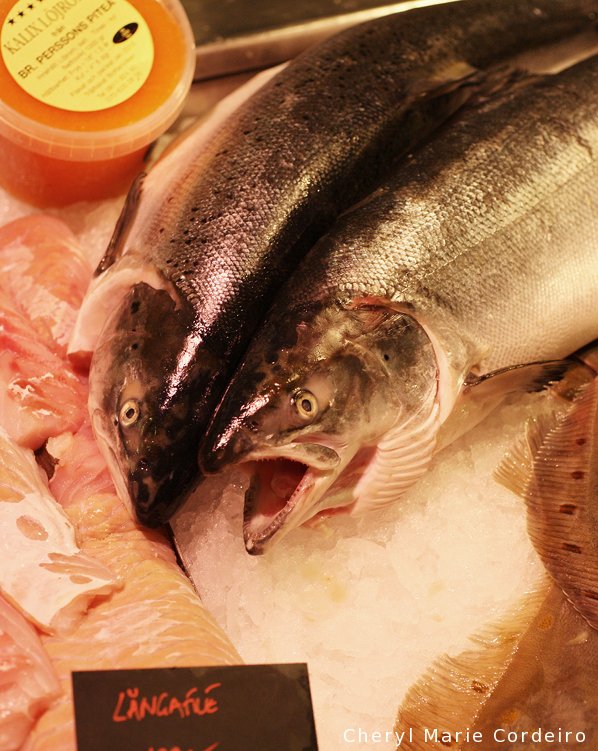 Långa or the common ling (Molva molva) is what is used for the making of Swedish lutfisk – Stockfish, traditionally dried by cold air and wind on wooden racks. Slender bodied and can grow up to 2 m in length, the ling is a member of a family of cod-like fishes and thrive in the colder Scandinavian waters around Iceland, the British Isles and the Norse coast. 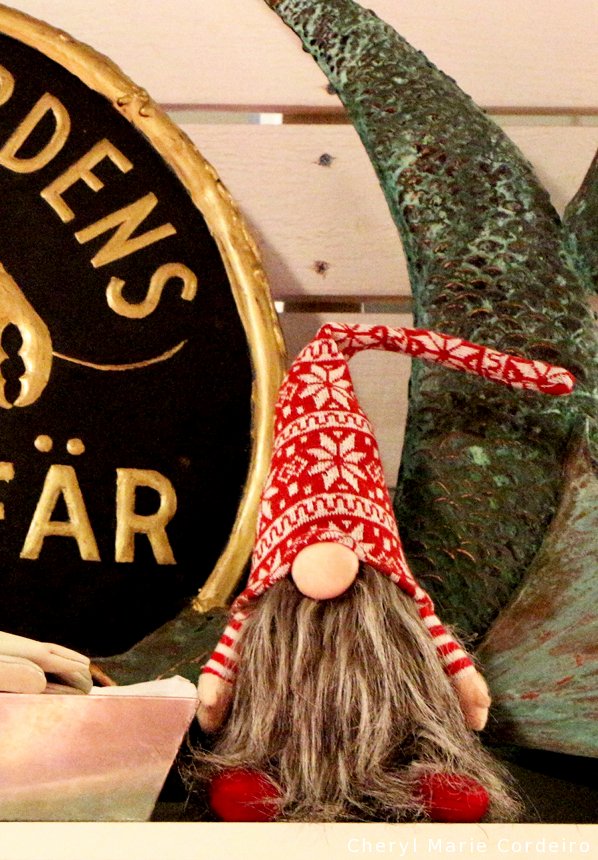 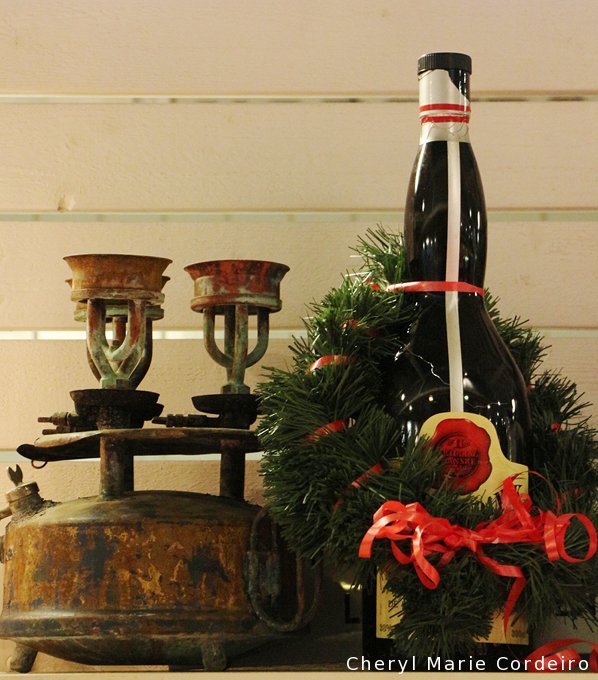 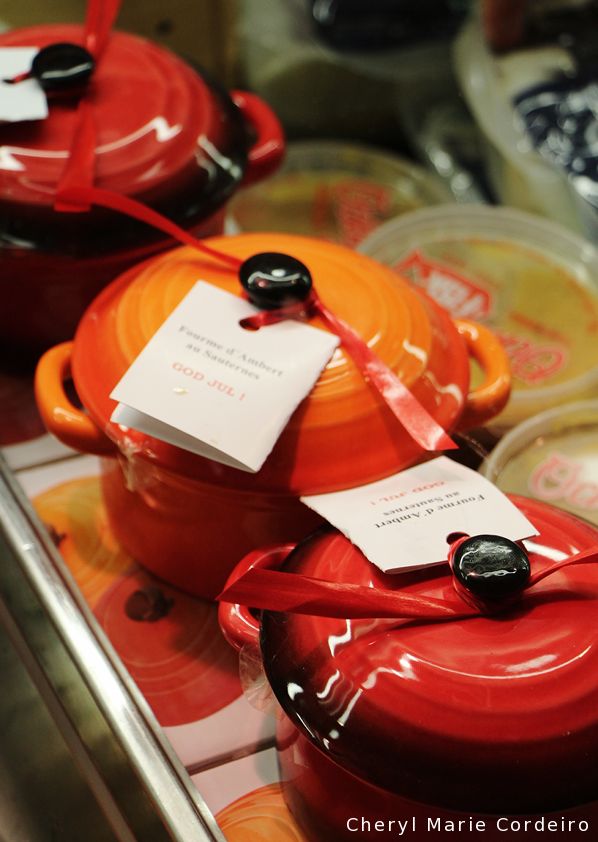 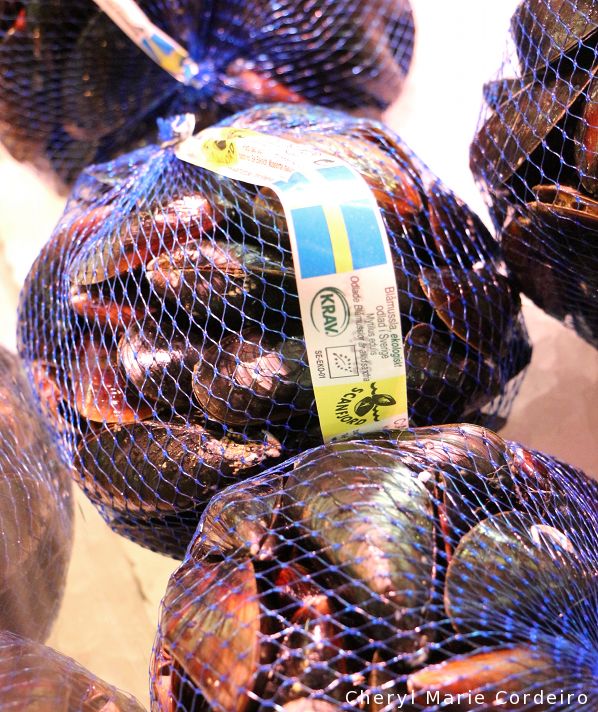 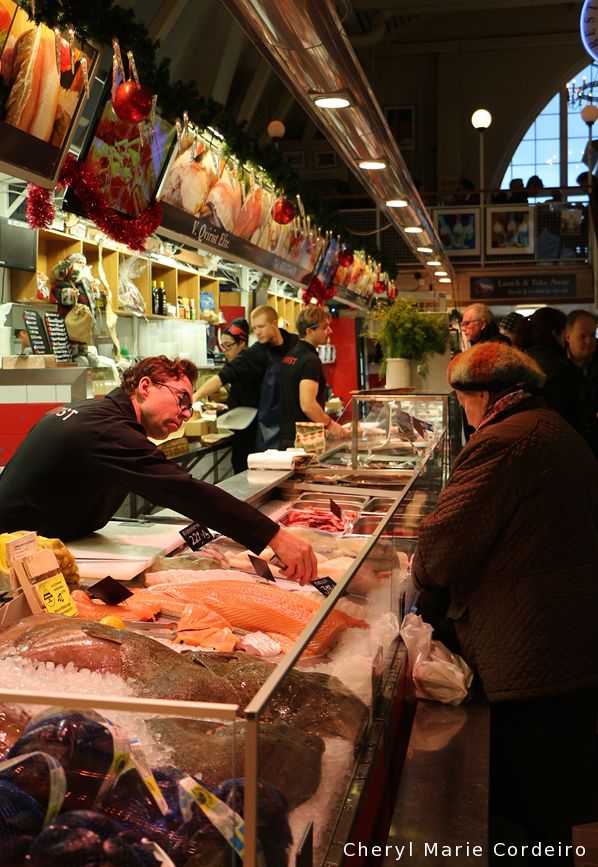 From the ‘Fish Church’ (Feskekôrka) to ‘Church Street’ (Kyrkogatan), we couldn’t resist spending some time in Gothenburg’s most noted coffee place with an eclectic influence of gastronomy heritage [1], Bar Centro at Kyrkogatan 31. If you don’t know about this place already, you will never find it if it wasn’t for the crowd standing inside and outside, come rain, snow, wind, fire and brimstone, with a small glass in hand. A more fastidious and hard to please coffee drinking crowd could never be found anywhere, and this is the only place where they can get it served just the right way. 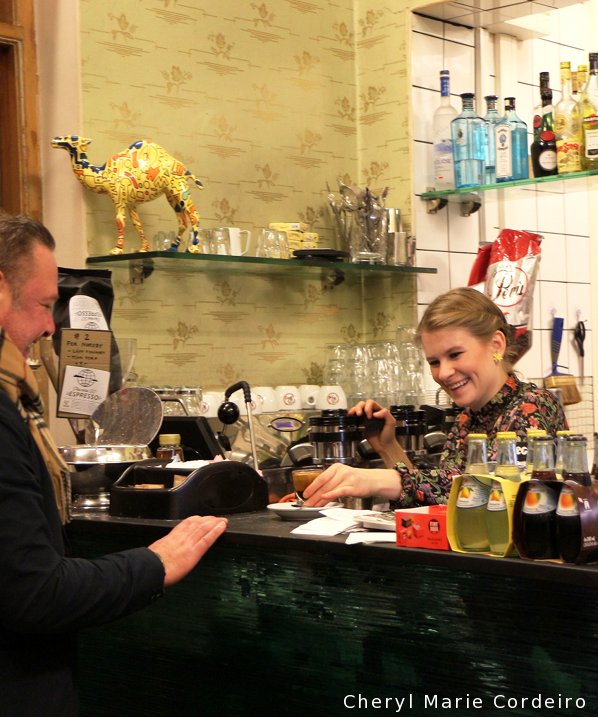 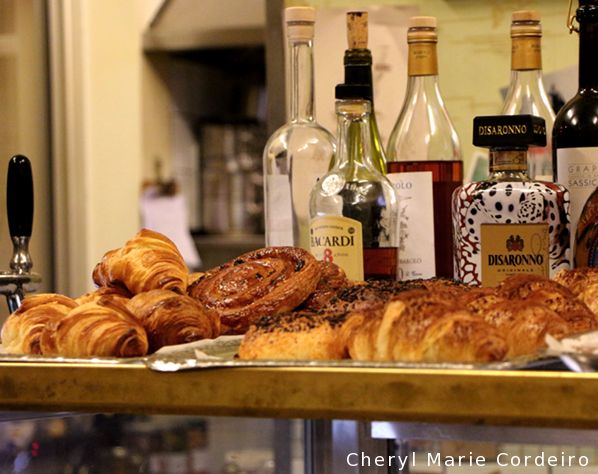 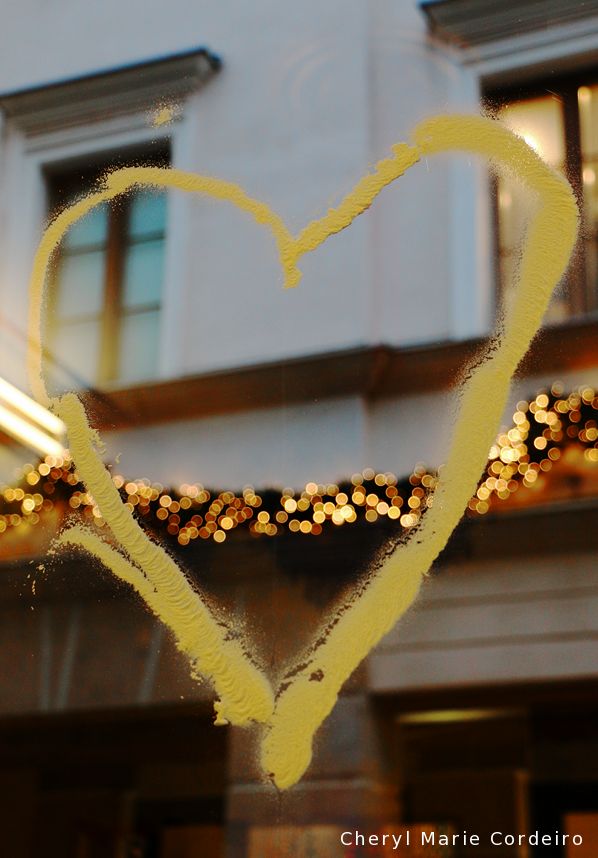 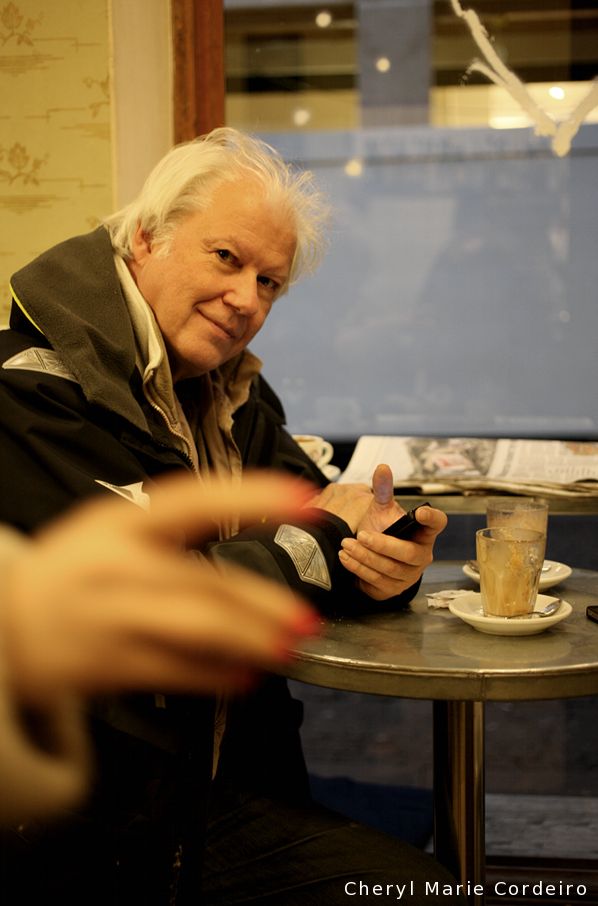 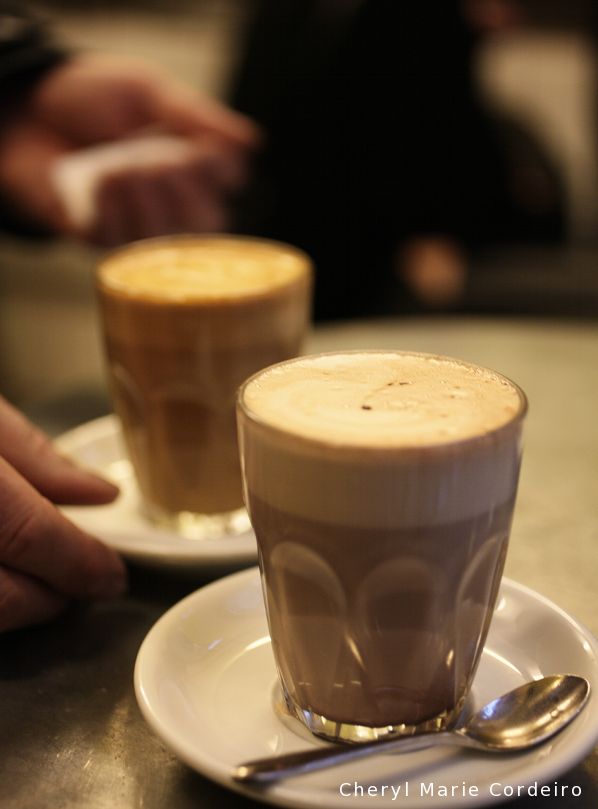 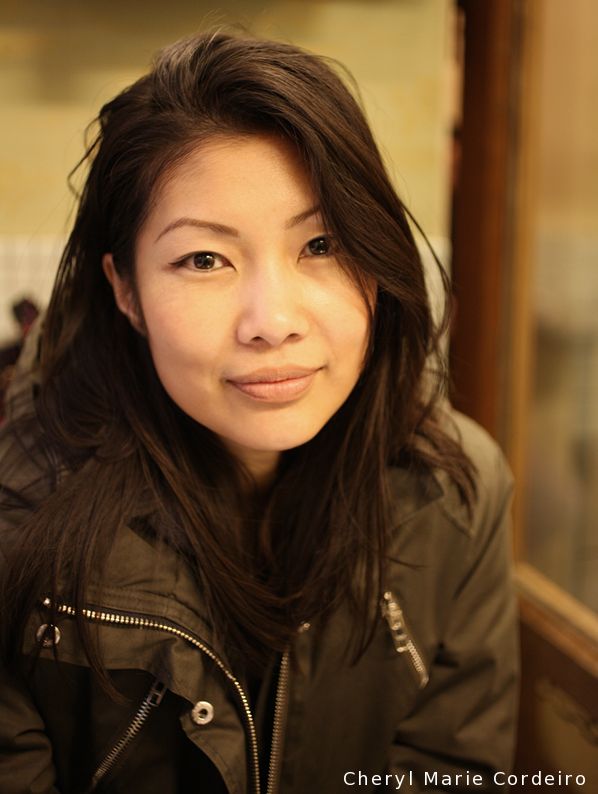 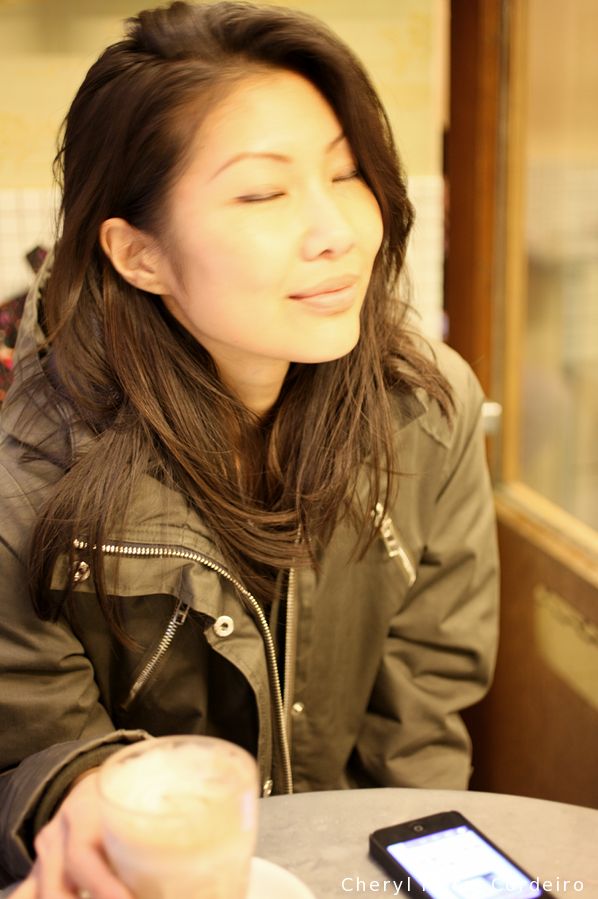 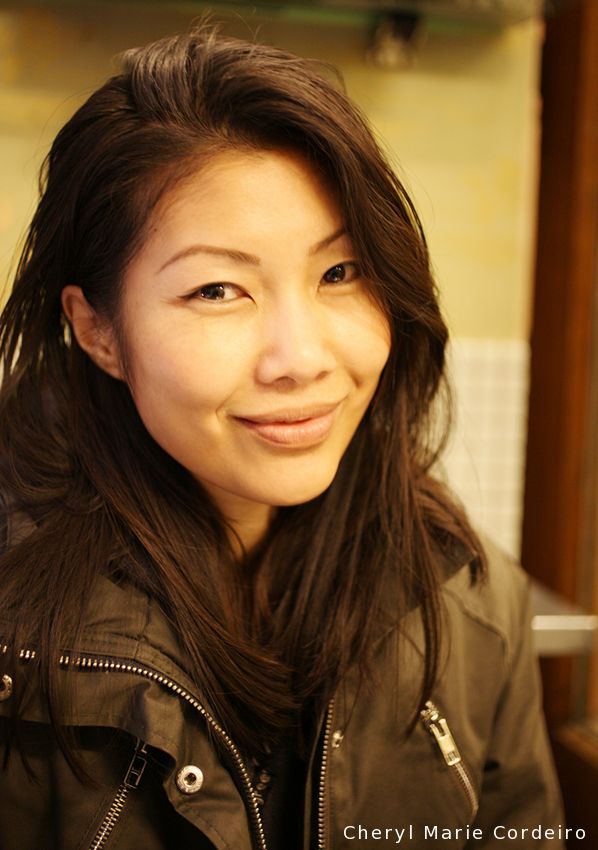