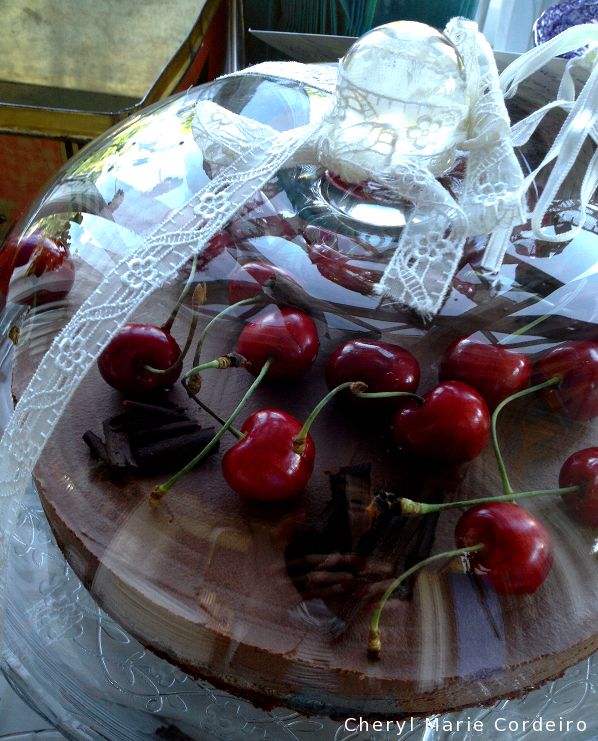 The plan for the group of girls who after the 1990 release of the movie Pretty Woman, became devoted fans of Richard Gere, was to meet at the café on the second floor of Cathay Cineleisure Orchard to watch the year’s release of Runaway Bride. It had been about a decade since they had left their pony-tailed, coconut husk fringed convent school life, but had through the years made it a point to meet with each other. Now and again, whenever their life goals schedule of career, family and time-to-self (not necessarily in that order) allowed, they would gather at Carnegies or Bar None, else at the poolside of one of their own (read also: parents’) condos for a barbecue and cocktail session. Each girl, now in their mid-twenties, had their own priorities in life. And while it seemed it was increasingly difficult to find time to meet with each other, the girls nonetheless did put in effort to stay in touch, especially when Richard Gere was involved. Besides, it was a notable change in level of comfort for when they met for milo at the convent’s nearest neighbourhood kopitiam in their school uniforms till now, being able to enjoy their favourite glass of wine – rosé preferred – in the heart of the mirrored facades of the shopping district of Singapore.

Lillian Tan had not met Sheila Almeida for what seemed like the longest time – two months – and was happy to have Sheila inform her that she would be joining the girls for a Richard Gere movie reunion. She had just stepped off the escalator to the second floor of Orchard cineplex when she spotted Sheila through the polished glass panels of the café. In typical Sheila fashion, Lillian found Sheila sitting by the window table reserved for six, with a generous slice of a triple layer chocolate mousse cake placed neatly in front of her, untouched. Sheila was impeccably dressed in a slim black pencil skirt, and harlequinned silk blouse in monochrome. Seeing that Sheila had caught her eye, Lillian gave a quick wave and nod in greeting in Sheila’s direction, quickening her footsteps as much as her new four-inched heeled Manolos allowed. As soon as Lillian had reached the table, Sheila stood and instantly hugged Lillian.

“You haven’t touched your chocolate cake? Eh, why not? Waiting for wat? Waiting for me is it?” said Lillian teasingly, and before Sheila could reply, Lillian had already drawn the ganache topped cake towards herself, away from Sheila,

“Thank you dear, that’s why you’re my best friend”, Lillian quipped in delight. Knowing Lillian, Sheila quickly intercepted gently pulling the plate back in her direction,

“Please dun touch my chocolate cake, thank you dear, but I ordered rosé for you.”

“So… how are you and Nicolaus? Last I heard, you were not speaking to him – again -?”

Lillian rolled her eyes at the latest news of Nicolaus with Sheila. The knowledge of Nicolaus, or Nico, as Sheila calls him made Lillian cringe. “Why are you hanging out with that Nico guy anyway? You don’t speak the same language – have you learnt anything of Greek language since you met him like six months ago?” Lillian said, unable to conceal the snide.

“Right, see! You don’t speak the same language, you don’t even know much about Greece. What’s he doing? He’s a banker right?”

“And that’s all you know about him, right?”

“And he’s chauvinistic, right? He’s always passing some kind of insensitive women jokes like how women can’t drive cars, or that a woman’s place is barefoot and pregnant in the home – honestly, Shelle – that guy is uneducated. I’m not with him, but listening to you about him, I get high blood pressure. I’m too young to get high blood pressure leh, I have an office party next week, menu is all high cholesterol seafood!”

Sheila smiled, and nodded in acknowledgement. Lillian had a way of putting Sheila’s life in perspective that Sheila appreciated, sometimes.

“So what happened to you and Nico now?”

“Mmm.” said Sheila, managing now to slice a forkful of chocolate mousse cake and stuffing that into her mouth.

“Well?” said Lillian. She was getting impatient now. Part of the whole thing about meeting girlfriends and catching up on all-girl movie dates is to also know everything about your girlfriend in kampong style flash news.

“Mmm, yep.” Sheila muffled, “I married the guy.” she managed, after a torturous silence for Lillian induced by chocolate mousse gluing Sheila’s tongue to palate.

“What!” was all Lillian could afford, followed by dilated then contracted pupils in Sheila’s direction. “But, when did he propose? And you’re not wearing any wedding ring? And – why? Why, why?!”

“Yes. My mother got upset because he used the tab of the coke can to propose. She said not only did the ring not have a diamond in it, but that it wasn’t even a ring, technically. He proposed at Emerald Hill. He, felt like it. And there was no ring option at past midnight. Cartier does close you know.”

“Alright.” said Lillian, her spirits lifting some at the sound of Cartier, “And you didn’t even invite me to your wedding? Did you invite anyone else in the group who’s going to be here in about ten minutes, to your wedding? Shelle, I can’t believe you did that – what dress did you choose?”

Sheila could see that she had upset Lillian, even if for a split second, though she was not sure for which reason, for the guy she spoke no common language with who was apparently not a nice person that she was now married with, or, the choice of wedding dress. Sheila decided to ease up on Lillian,

“We’ve only registered our marriage. The formal wedding ceremony, church, dress, flowers, bridesmaids and all that, will come later. We don’t know when because he travels so much.” Sheila paused, “I still don’t understand what he’s trying to tell me when he tells me his travel plans. His English isn’t very good you know, he’s… from Greece.”

“A banker from Greece. He’s got a good resume Shelle, but … I don’t know…” Lillian said thoughtfully, “Well, maybe you might end up having romantic, complicated conversations…” she trailed.

“How about you help me choose my wedding dress?” Sheila smiled in Lillian’s direction. Lillian distinctly brightened up, her cheerful grin was greeted by the assured footsteps of Evelyn Tang arriving at the table. Evelyn was the convent’s star student. In an average term at school, she was acing nine of nine subjects, plus three more distinctions for foreign languages, German, French and Bahasa Indonesia. She was also head of the convent’s prefectorial team. Evelyn beamed a bright smile towards Lillian and Sheila, plunking down her Prada executive tote on the table.

“Evelyn! You’ll never guess – Sheila married Nico! And we’re going to definitely be her bridesmaids!” Lillian burst in enthusiasm. Sheila shoved another thick forkful of chocolate mousse cake into the mouth as she noted Evelyn’s eyes widen. Of course, everyone in the clique knew who Nico was and was kept up to date on the Nico-Sheila newswire. Small kampong. With onset of the rising internet, the kampong had become, even smaller.

“You didn’t!” Evelyn said in disbelief. Evelyn had always known Sheila to be a well grounded person, somewhat feisty, but not one prone to rash decisions in life.

“We’ll do like this” Evelyn said, “We’ll all go see Runaway Bride, and then we’ll do a Mrs Montgomery’s literature class style movie review okay?”

Sheila smiled. That was very Evelyn, conscientious, dedicated, and purposeful, she had not skipped a beat when it came to career planning or family planning. Evelyn had all her ducklings in a row, and why not – she had married Steven Koh, head of the debate team of St. Joseph’s Institution. Steven now helps run his father’s import / export business in the food and beverage industry. It was a track record of success that Evelyn had that made Sheila admire her for who she was, proud to call her ‘one of the girls’.

“Sure, it’ll be fun to do a Mrs Montgomery’s literature class on Richard Gere.” Sheila replied, and then pulled back from the table where they were sitting, raising from her chair. The rest of the girls would be here any minute, and Sheila could trust Lillian to spread the latest news. Lillian eyed Sheila’s movements, and for the first time that evening, managed to spot a bright pink plastic bag at the foot of Sheila’s chair, casually bundled under the table.

“Shelle!” Lillian exclaimed, always excited at new finds, “You went shopping is it? Where?!” Lillian made a grab at the pink plastic bag to peek inside.

“What did you buy?” Lillian queried, even as she uncovered the box she just managed to get loose from the bag.

“Sneakers. Reeboks. White.” said Sheila in staccato, noting Lillian’s scrutiny on Sheila’s choice of gym shoes. Sheila smiled. Headed in the direction of the café’s wash room, Sheila turned back briefly to glance at Lillian and Evelyn, “Ladies, give me a few minutes” she said. “I’ll be back.”