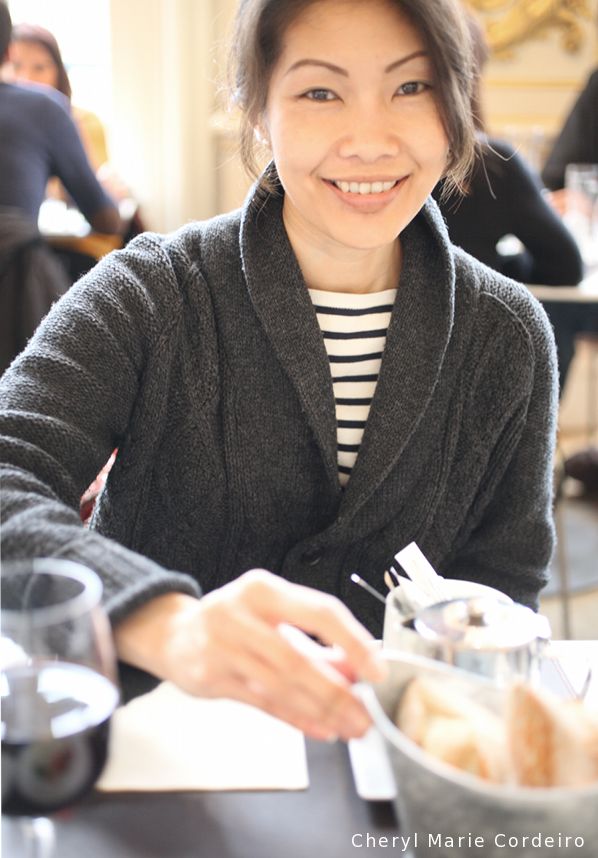 There is something about old train stations that takes me to another place, another time. Stepping into the Musée d’Orsay is like stepping into a circle of old friends, in continuance of a conversation of a different time period – which, reminds me of some lines from Woody Allen’s Midnight in Paris – from 2011:

“Man Ray: A man in love with a woman from a different era. I see a photograph!
Luis Buñuel: I see a film!
Gil: I see insurmountable problem!
Salvador Dalí: I see rhinoceros!” 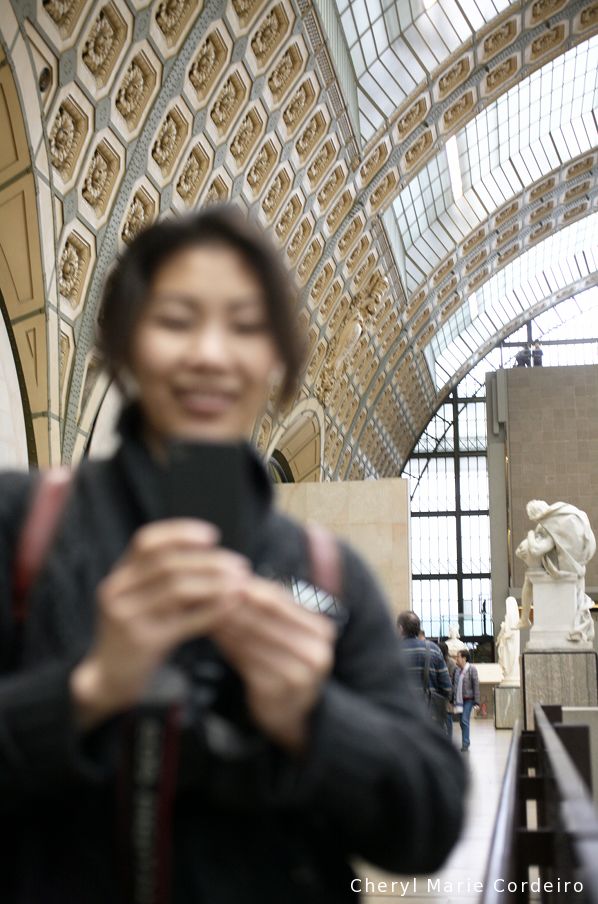 Housed in the former Gare d’Orsay, a Beaux-Arts railway station built between 1898 and 1900, the Musée d’Orsay holds mainly French art dating from 1848 to 1915. 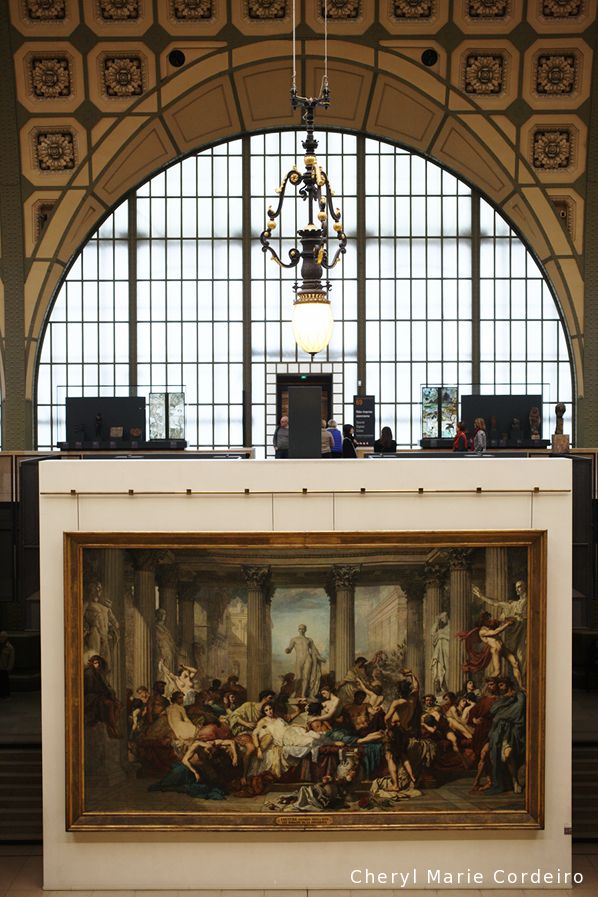 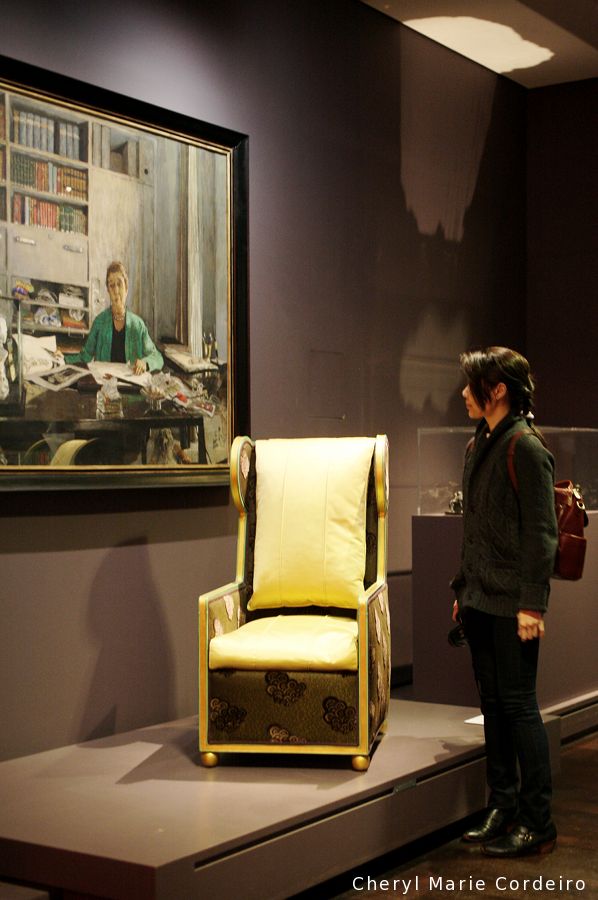 Contemplating art nouveau intérieurs: her table is way neater than mine. 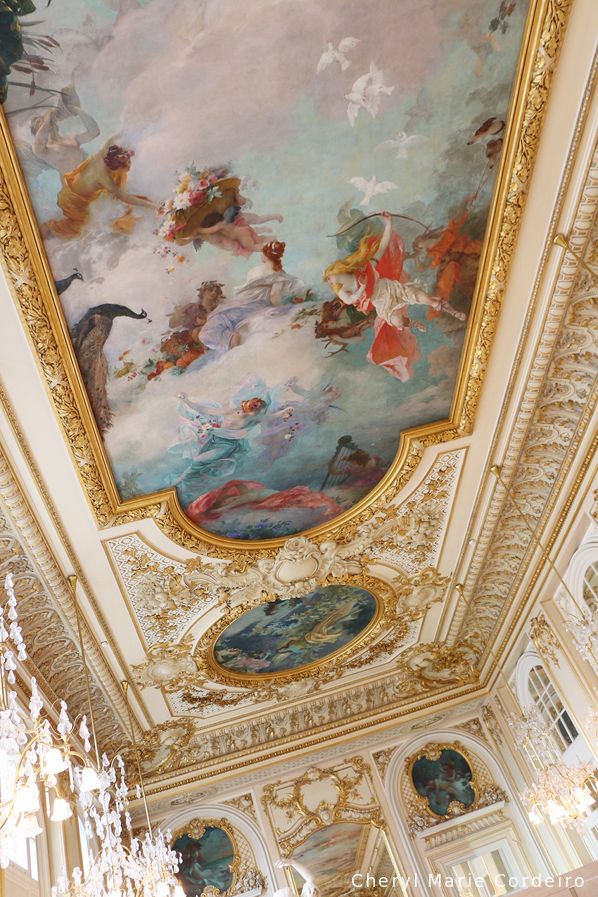 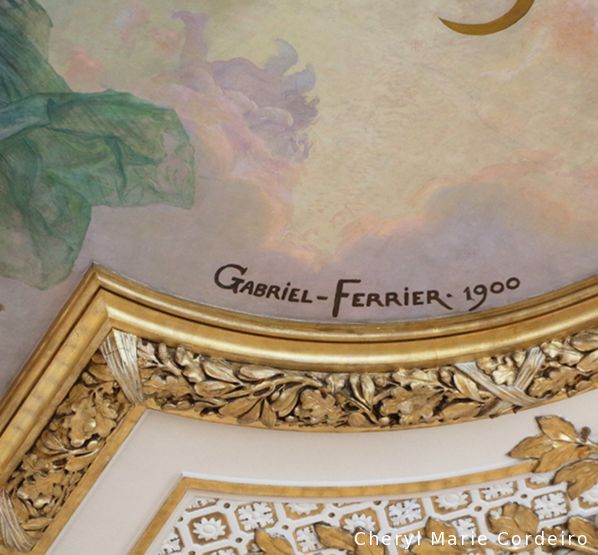 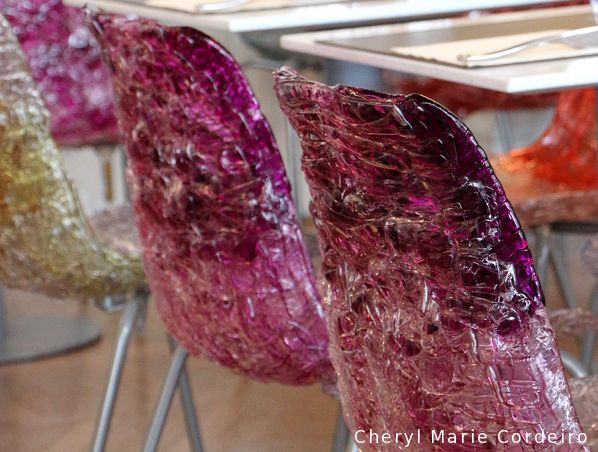 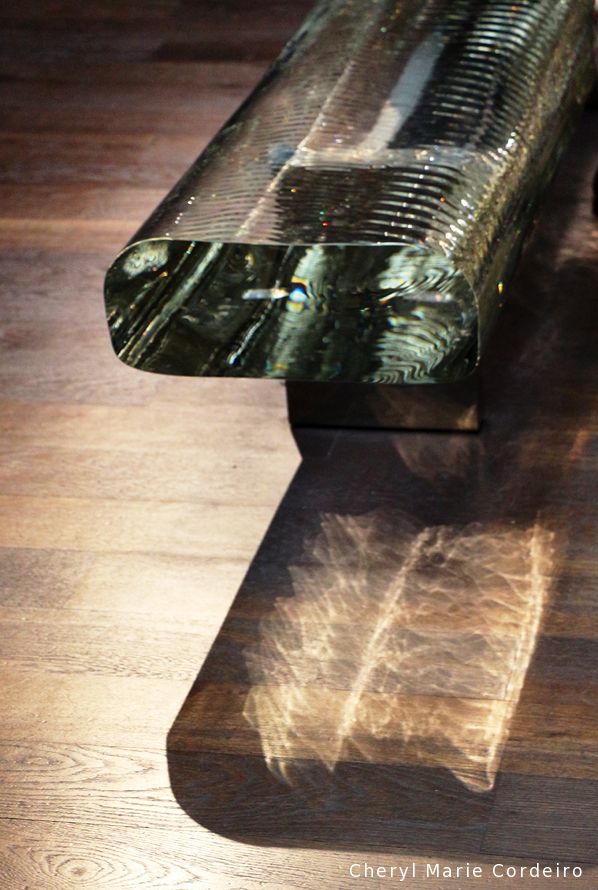 Play of spotlights through glass: glass benches at the museum. 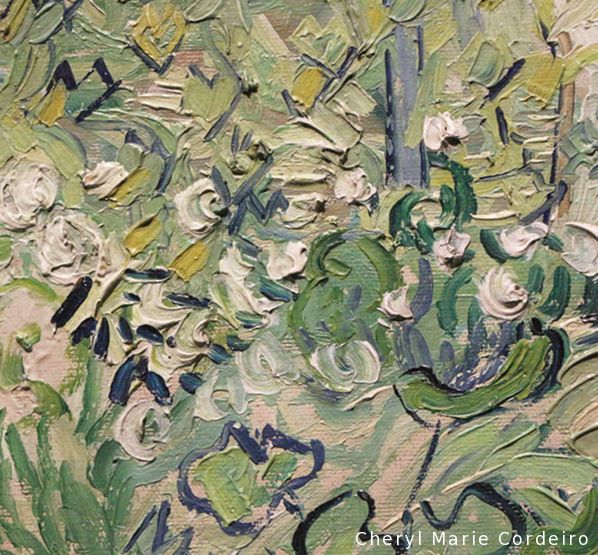 Detail, Mademoiselle Gachet in her garden at Auvers-sur-Oise 1890 by Vincent Van Gogh. 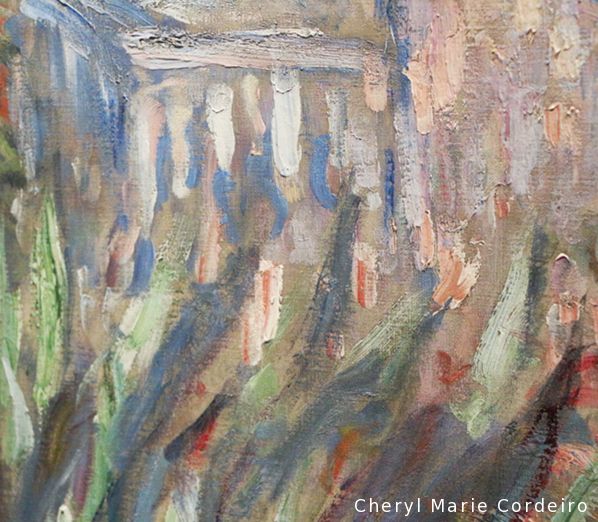 Detail, Les Villas à Bordighera, by Claude Monet in his rediscovery of the Mediterranean during his stay in Italy in 1884. 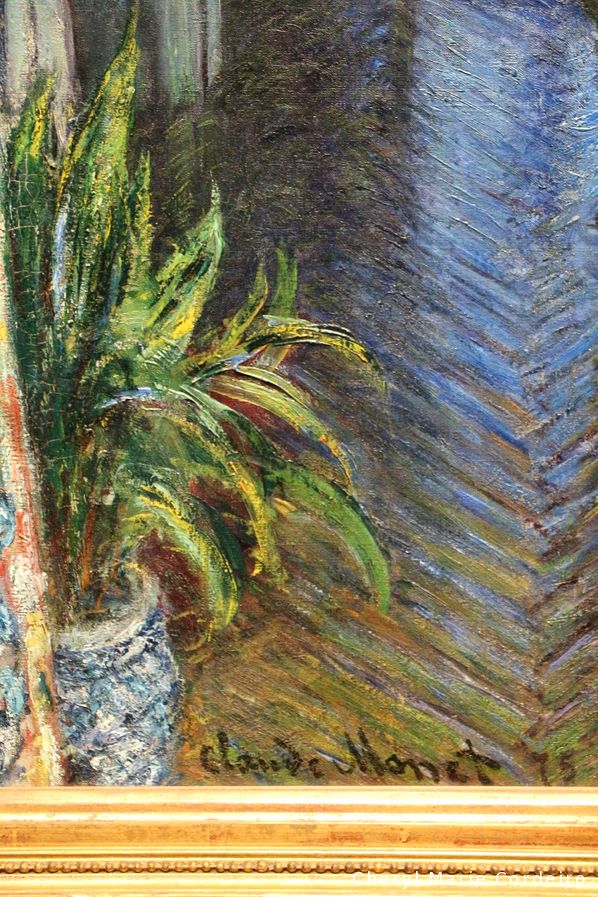 Detail of a blue-tinted space, Un coin d’appartement, by Claude Monet featuring his eldest son, Jean in the apartment where he lived from after returning from England during the years 1871 to 1878. 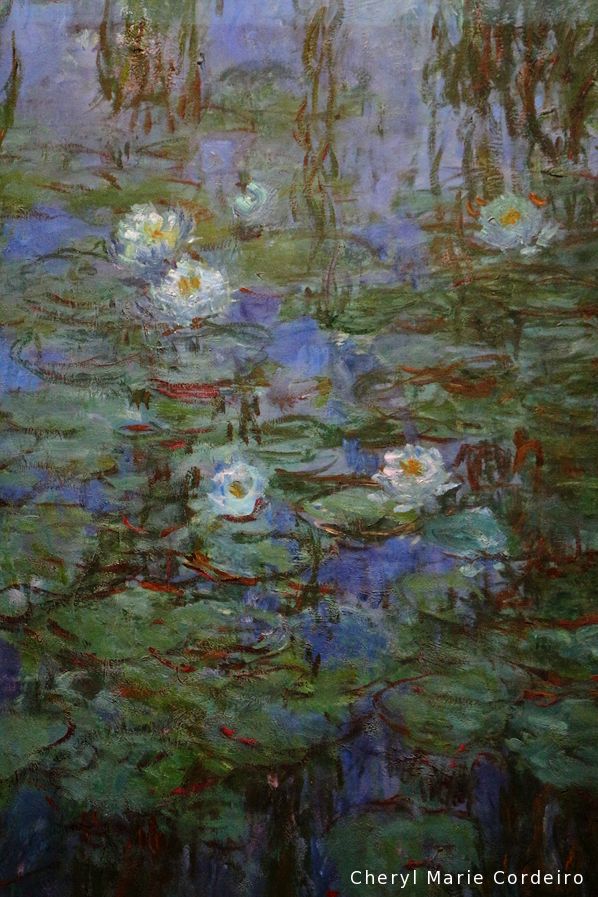 Detail, Nymphéas bleus. This painting with unfinished borders is one of my absolute favourites from Claude Monet. 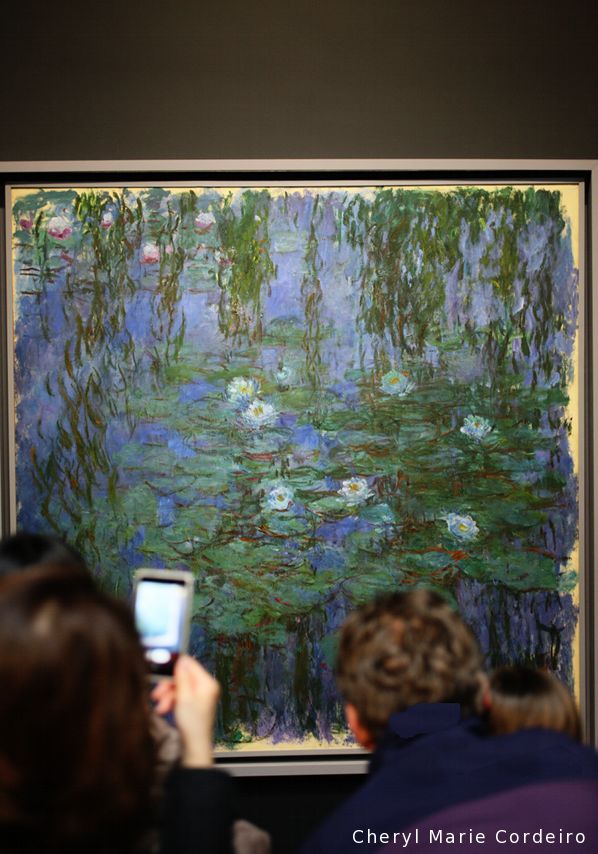 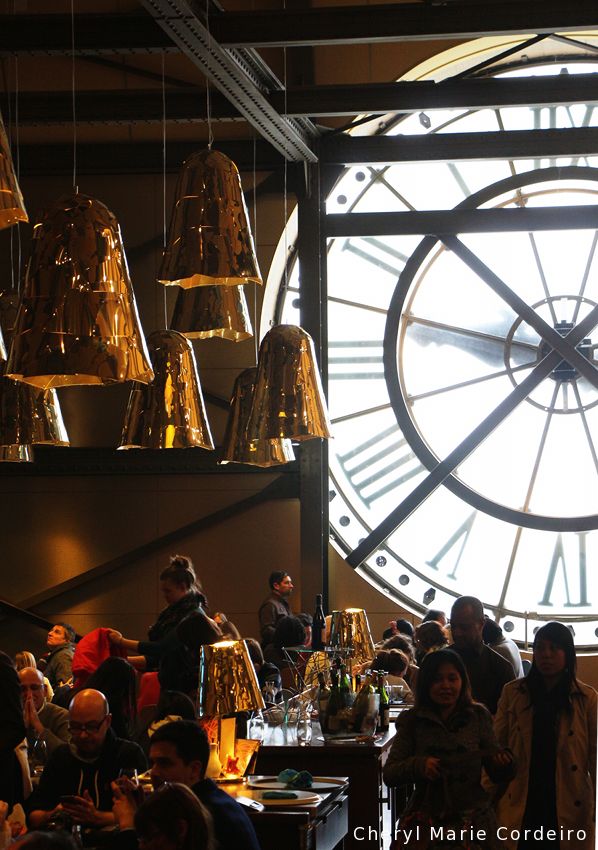 Art Nouveau, quite material, gold lampshades overhang the space of Café Campana, located right after the Impressionist Gallery. Designed by the Campana brothers from Brazil, this brasserie serves warm meals and Parisian pastries. And as much as one could get lost in Time at this museum whilst browsing its exhibits, you’ll find Time – everywhere. 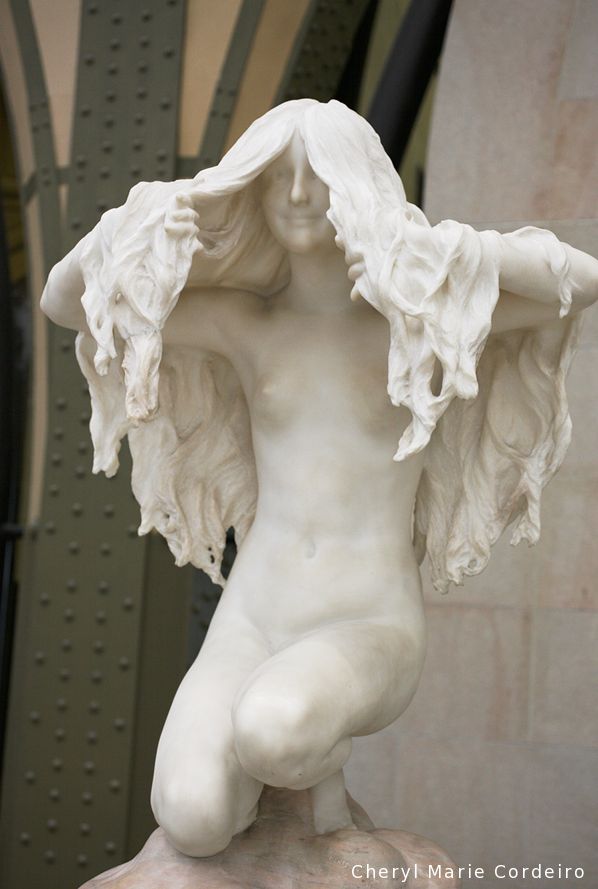 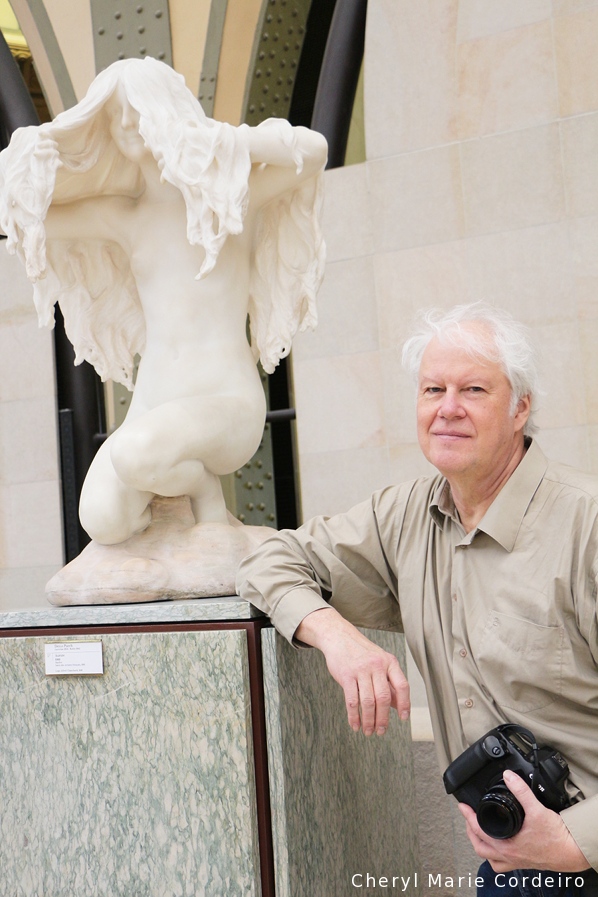