Honey, with a balloon 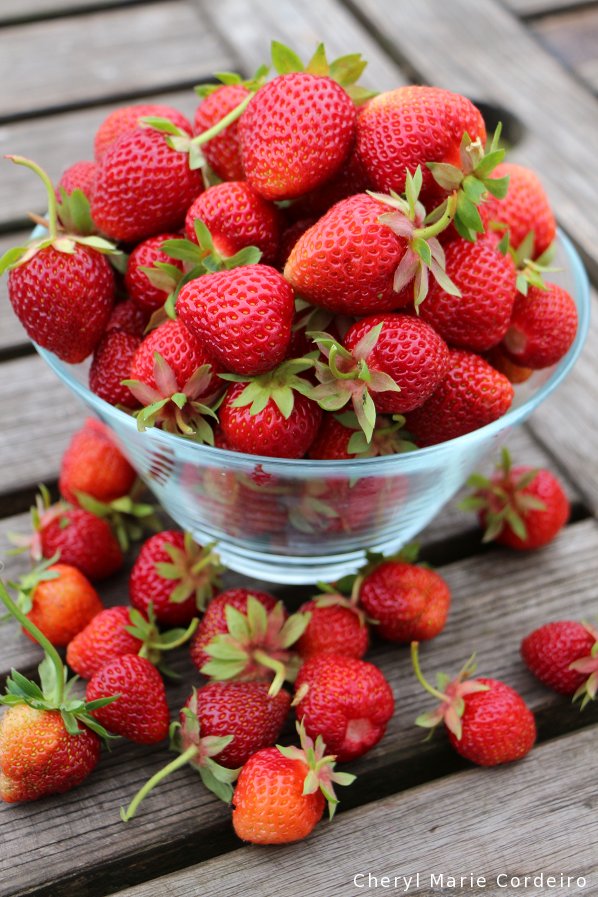 This first pickings of strawberries from the garden much reminded me of chapter one of the book by A.A. Milne, Winnie-the-Pooh (1926) in its first volume of stories when we are introduced to both Christopher Robin and Winnie-the-Pooh:

“Good morning, Christopher Robin,” he said.
“Good morning, Winnie-ther-Pooh,” said you.
“I wonder if you’ve got such a thing as a balloon about you?”
“A balloon?”
“Yes, I just said to myself coming along: ‘I wonder if Christopher Robin has such a thing as a balloon about him?’ I just said it to myself, thinking of balloons, and wondering.”
“What do you want a balloon for?” you said.
Winnie-the-Pooh looked round to see that nobody was listening, put his paw to his mouth, and said in a deep whisper: “Honey!”
“But you don’t get honey with balloons!”
“I do,” said Pooh.