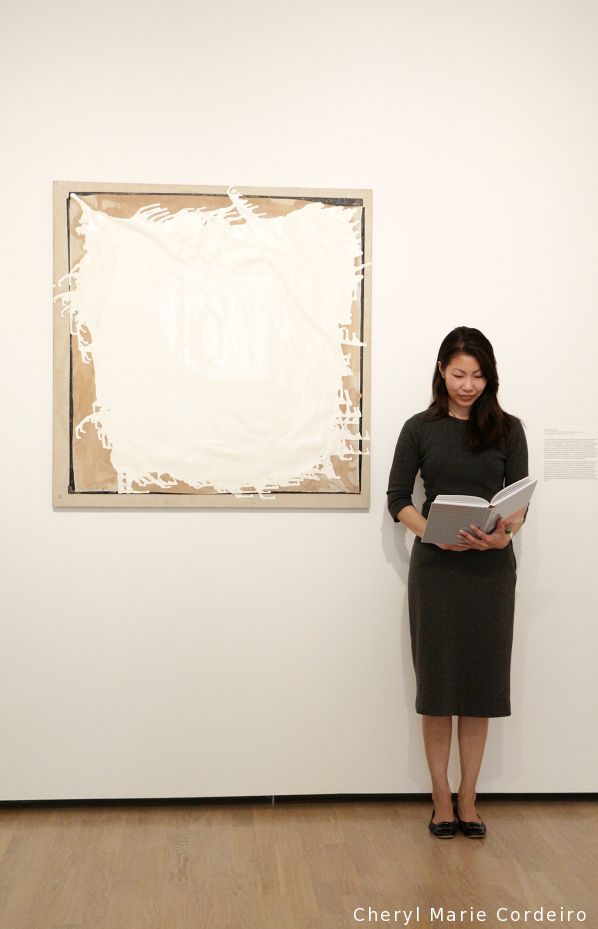 His eyes followed my form from one room to the next, one exhibit to the next. He watched me grab the by-laying catalogue from the clean white benches that invite visitors to sit and contemplate the displays. He watched me, with catalogue in hand, stride back to the painting of a framed white paint splatter. In that moment, he strode across the room covering the distance in but a few long strides between us to stand by a Rochelle Feinstein work that I was contemplating with my back to wall. He pointed to the caption on the wall regarding the framed paint. I read the caption. He smiled. I smiled right back. The photograph shown above was taken right after that encounter with him. 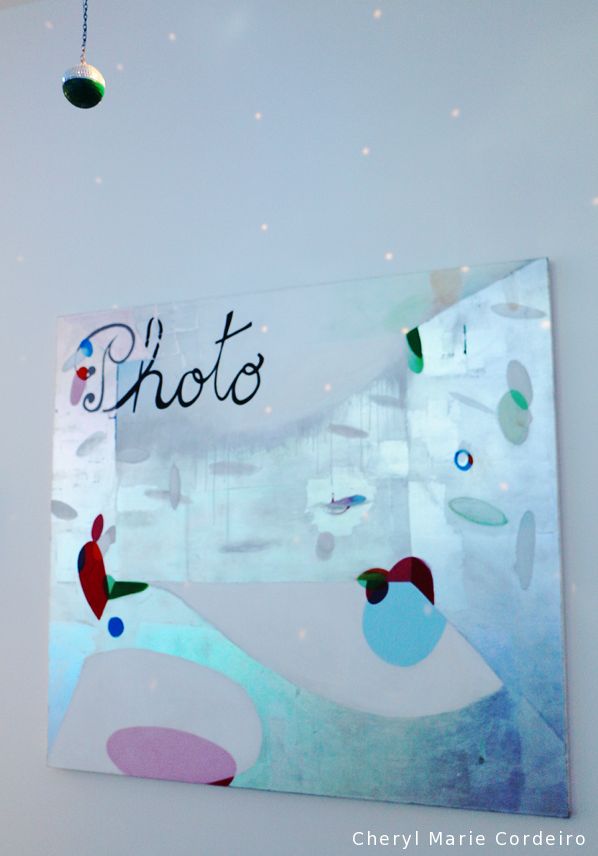 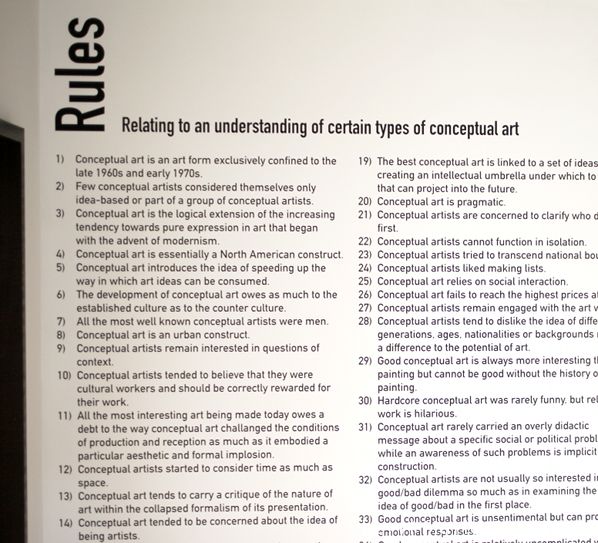 The Lenbachhaus is most famous for two immense collections. The first set of paintings is by Der Blaue Reiter (The Blue Rider) group of expressionist artists who established themselves in Munich in 1911. And the other established just about a decade later in the 1920s is the counter-expressionist group of artists on Neue Sachlichkeit (New Objectivity). 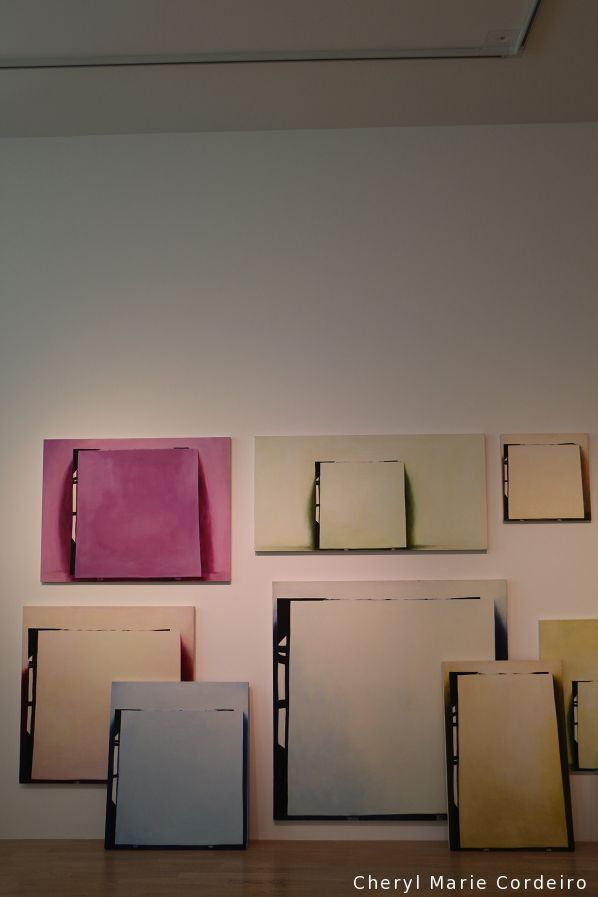 In the myriad of conversations had on the multiple floors of exhibits of different life philosophies, I found myself standing most still in observation in the midst of the contemporary art displays.

If there was any inclination, it would have been by Rochelle Feinstein entitled Before and After 1999.