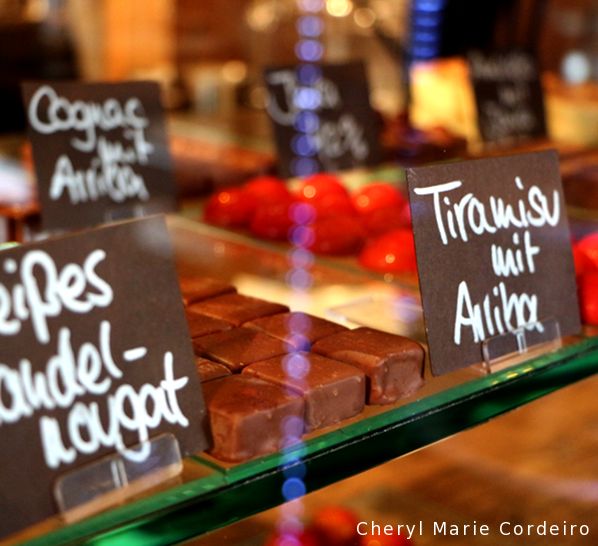 After rounding off from St. Peter’s Church, the girls, Gene, Alicia and Patrice, who were on an all-girl European tour for the summer season found the perfect chocolate hot spot to cool down, out from under the München sun.

After placing their orders, the girls settled neatly in the outdoor area overlooking the market square, watching a little bit of marketing life go by. This particular chocolaterie was renowned for its vast hot chocolate choices. Being one who doesn’t quite like sweets per se, Gene was particularly happy she could find a more than 70% cacao content for her hot chocolate. Patrice settled for a chocolate-hazelnut conconction and Alicia who ordered a modest cup of two scoops of ice-cream had already in hand part of her order.

The girls by most Southeast-Asian socio-economic standards could be deemed highly successful in their own right. Each had worked in the top Forbes listed global multinationals in the finance industry for at least two decades. To their academic accolades, they each had their condominium, their convertible in their favourite colour, time enough to spend together on this trip and most important, cash in hand. It was also comfortable that having grown up together in the same convent since they were six years old, the girls knew each other well enough to carry on conversations between themselves smoothly.

Gene surveyed the market scene in front of her, “I love this place! Don’t you think it’s so rustic? Europe is so rustic!”

“Yah I know right”, said Patrice, “It’s gorgeous! Look at those lavenders on the ledge! Can’t grow them back home you know, they just die. And my helper is no good at taking care of plants.”

“Sorry I brought you to the wrong saint just now.” Gene said apologetically, “It was the other one to the left, not the right of the church. Did you see the jewels all over the body?”

“No worries, Gene.” said Alicia, and in genuine curiosity she added, “But people can pray to either of them right?” A moment’s thought later and Alicia rolled her eyes in Gene’s direction. “Urgh, you know what. I think I need to talk to these saints. A colleague of mine just told me to my face last week that I was a middle-aged woman. And he found middle-aged women the most difficult people to dance with at dance classes. I told him, yah, I know. We get stiff in the joints.” Alicia’s indignity showed, “Can you imagine he called me a middle-aged woman? Do I look like a middle-aged woman?” Whipping out her Hello Kitty ruby compact mirror she always kept in her Louis Vuitton urban satchel, she preened her hair and checked for deepening laugher lines around her eyes.

Gene, completely missing Alicia’s concern replied, “They are for spinsters. Saints of spinsters.”

Alicia, not missing that Gene missed her concerns, turned unto her own curiosity of mind in either case and voiced out loud her thoughts, “Okay. So you go there only if you’re a spinster. And what would living single ladies ask of the dead single ladies, one of whom was beheaded by a hatchet? I mean, horror, if you wanted a different fate, would you not not talk to them?”

Alicia fell silent. Even in the shade under the München sun, Alicia was feeling the heat. Scooping as hefty a portion of mango sorbet as the tiny wooden spatula given afforded, she proceeded to lick clean the sorbet from spatula. The mango sorbet didn’t taste like chocolate at all, Alicia noted. Why on earth did this chocolaterie sell a mango sorbet that tasted no chocolate?

At that very moment, the waitress came out with their orders of hot chocolate. 70% cacao to Gene and a deliciously aromatic hazelnut concoction to Patrice. Gene looked at Alicia, “You didn’t order a hot chocolate?”

“But I did” countered Alicia.

“But it’s not here” countered Gene, “What did you order?”

“I distinctly said, one hot chocolate to the person at the cash register.”

“No you can’t say that. You need to specify which one, because they have so many right.” Gene looked at Alicia for some kind of recognition, “Didn’t you see the choices available? Which one was your choice?” she queried in a tone of voice of a vexed individual familiar in the Southeast-Asian context.

“There are choices?” Alicia’s eyebrows raised and her eyes wide. “Wait. Can we go back to the church to the dead ladies?” 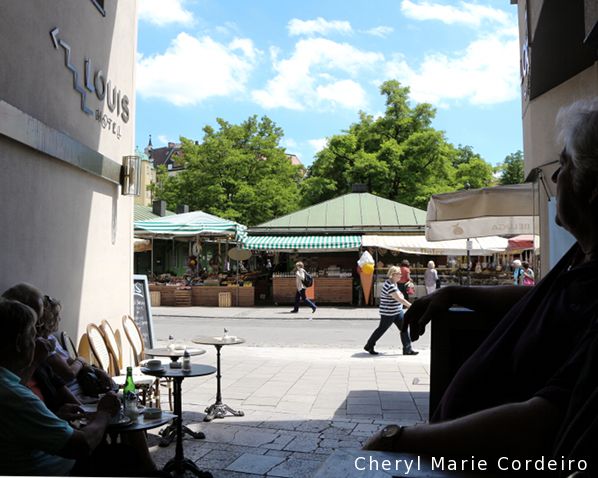 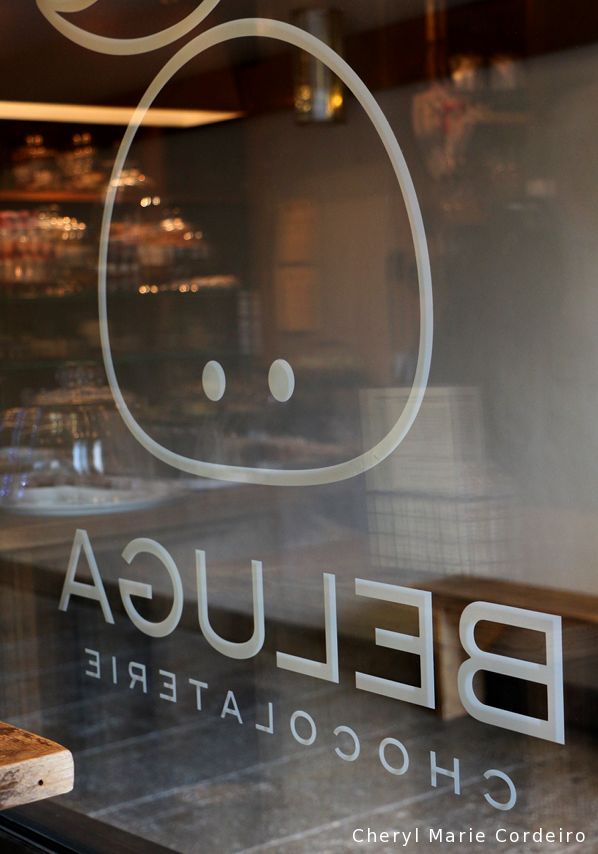 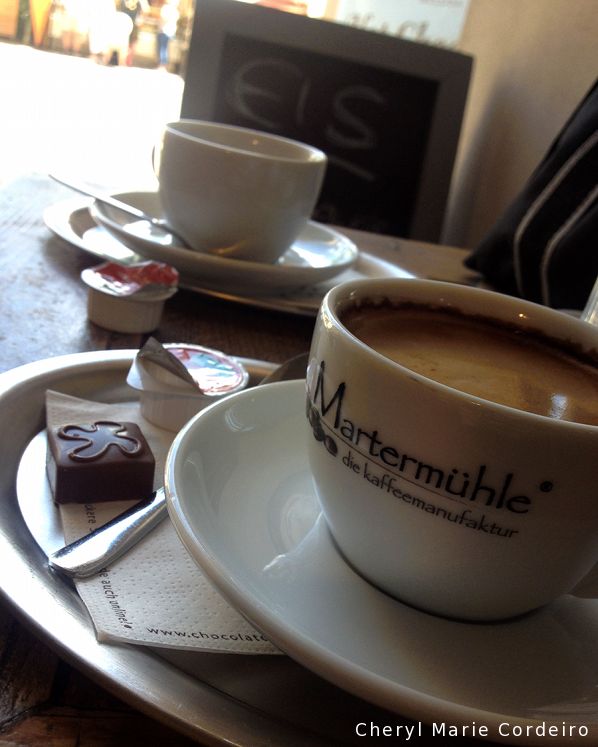 This chocolate café serves up some of the most luxuriant coffees. 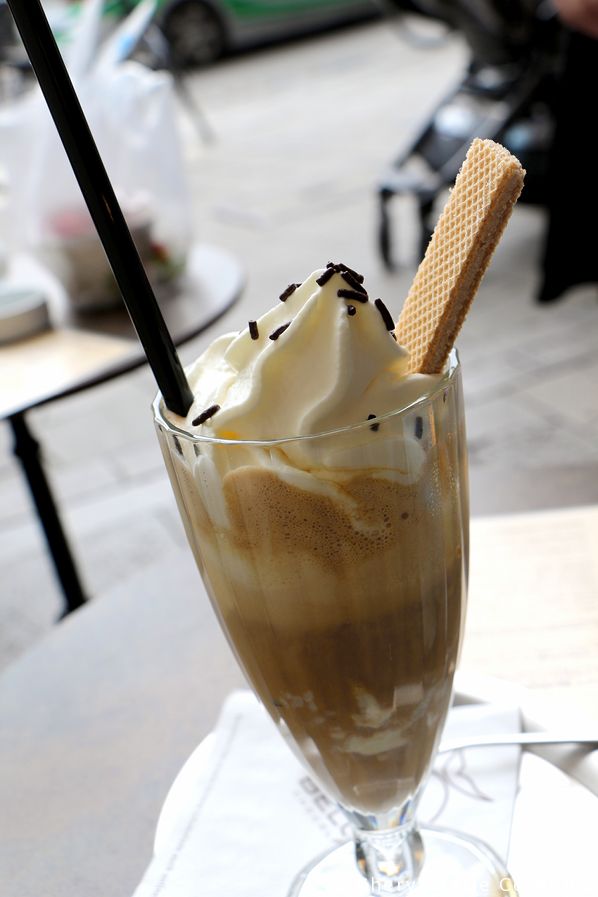 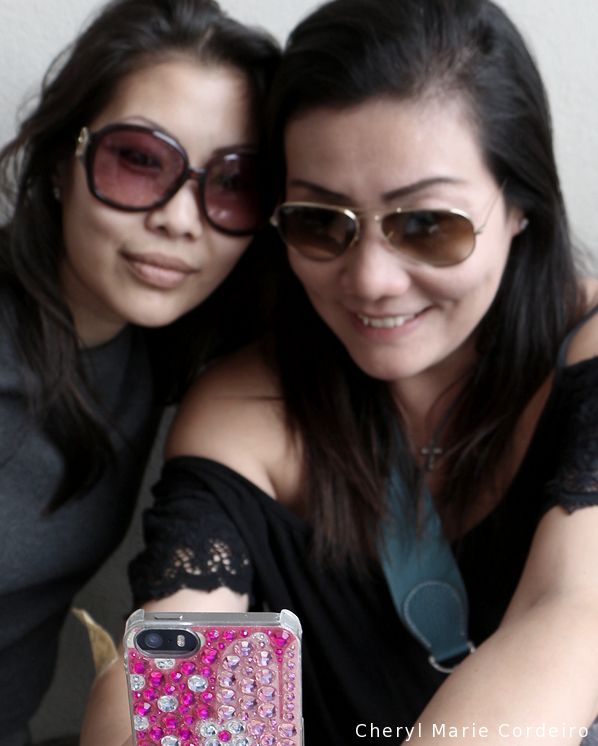 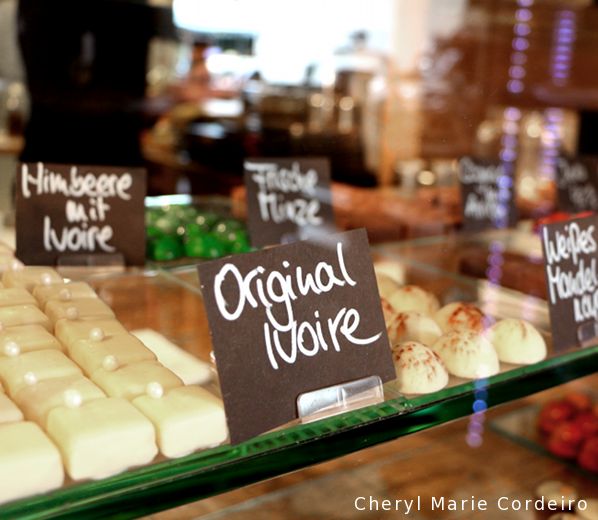