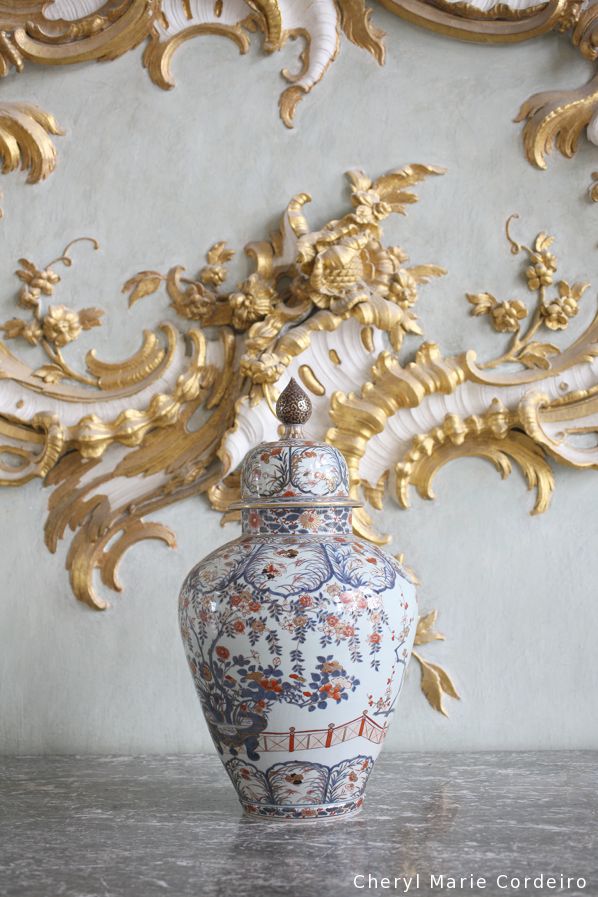 One of the most torturous things you can do to an academic mind with an eager disposition is suggest threads of thought tangent to the current context of dialogue. This however, is what one experiences when reading Martin Heidegger’s The Question Concerning Technology [1]. As commentary on Heidegger’s essay on Heidegger’s claim that the essence of technology is itself nothing technical, Mahon O’Brien wrote in footnote in a 2004 conference paper,

“One should be warned however, that Heidegger will not simply introduce his problematic and then present the solution, one has to follow the path which he weaves on the way toward coming to grips with the problem. Following this path is a rather arduous task and involves a significant level of patience and commitment from the reader. A number of thinkers have resisted what they see as this recurring ‘errant’ method in Heidegger’s philosophy, not least, Ernst Tugendhat who dismisses Heidegger’s technique as merely “evocative” and thereby groundless. This is a serious charge but one which Heidegger himself was not unaware of.” [2:1]

For Heidegger, technology is not merely means, but it is a way of revealing, an unfolding from the essence of technology. In quotation below, are some paragraphs from Heidegger’s essay that perhaps caused Tugendhat and others of like mind to label Heidgger’s writings as evocative:

But where have we strayed to? We are questioning concerning technology, and we have arrived now at ale ̄theia, at revealing. What has the essence of technology to do with revealing? The answer: everything. ” [1:5]

The point about Heidegger’s writing is how I’ve found that style of writing in complete contrast to many constructed architectural spaces more measured and controlled in the surrounding landscape, regardless of time constructed. The expansive and neat construct of the Nymphenburg Palace for example makes its immediate impression of how straight forward it is to get from the tram stop to its front entrance. You get on a tram from central Munich and get off at the designated stop. Turning to the wrong side from the palace, you’ll find a cozy café and restaurant that serves hearty meals, with a choice of indoor or outdoor dining during the summer months. Turning to the right side of the palace, you’ll find a neatly tarmac fringed road past the oasis with mostly ducks enjoying their day, that leads you right up to the front entrance of the palace grounds and museum. Any essence of revealing in Heidegger’s sense of the word seems absent in this context of finding your way from tram stop to palace doors.

But alright, one could effectuate Heidegger existentialist evocative, walking around the palace grounds in observation. Apart from being awe struck by the expanse and detail of handcrafted work found in a single premise, the place would be in today’s context as vast as it is void for many passing through.

Things at Nymphenburg Palace becomes more interesting however, when considered in light of Heidegger’s essay on the essence of technology and how technology is both product and process. The palace was built in continuity at the time when empirical precision science much based on Newton’s work published in 1687 entitled “Principia” and Newton’s second major publication “Opticks”, so that all that is seen today in a snapshot of an era gone by would have been the height and state-of-art technology of the time. All constructs, architectural features, carriages of various intricate fashions and accessories would have reflected not just a lifestyle but a revelation of a state of mind.

It is when piecing together how much humankind has evolved from when the Scientific Revolution began in manner of social construct and use of state-of-art items, that the void the halls of the palace affords, the grounds upon which it stands begin to fill with meaning and value beyond its collection of priceless antique treasures. Rather the palace holds the value of synchronic context based space in a time, different and indicative of from where we have come.

So there perhaps exists a perspective in third way. Seeing today that German automobile maker Bayerische Motoren Werke AG (BMW) founded in Munich has for its logo the colours of the Wittelsbach Coat of Arms with Rolls-Royce Motor Cars under its wing, perhaps the complete mastery of precision in mathematical construct, and the perfect symmetry of Nymphenburg Palace’s parabolic structures that resemble a futuristic spaceship in the form of a horseshoe crab, has in effect managed to conjure from essence its technological revealings through time.

And yes, it took quite some time to read through Heidegger’s essay concerning technology. There were so many questions raised that a mind such as mine could not help but meander through in muse, in search of an answer that might not be, in a direction plausible but never designated to be travelled. 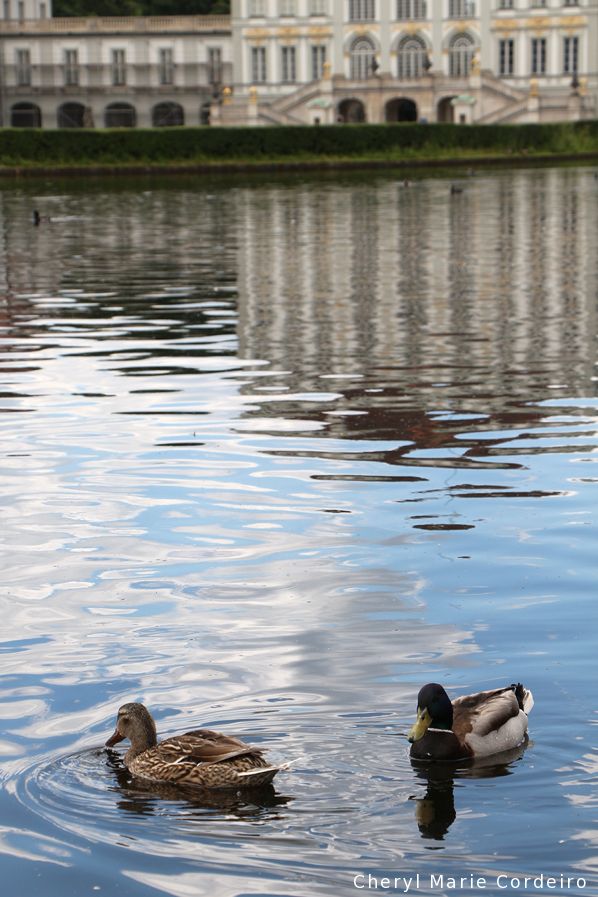 Greeting visitors first on the grounds of Nymphenburg Palace are its varieties of fauna, pretty much minding their own. 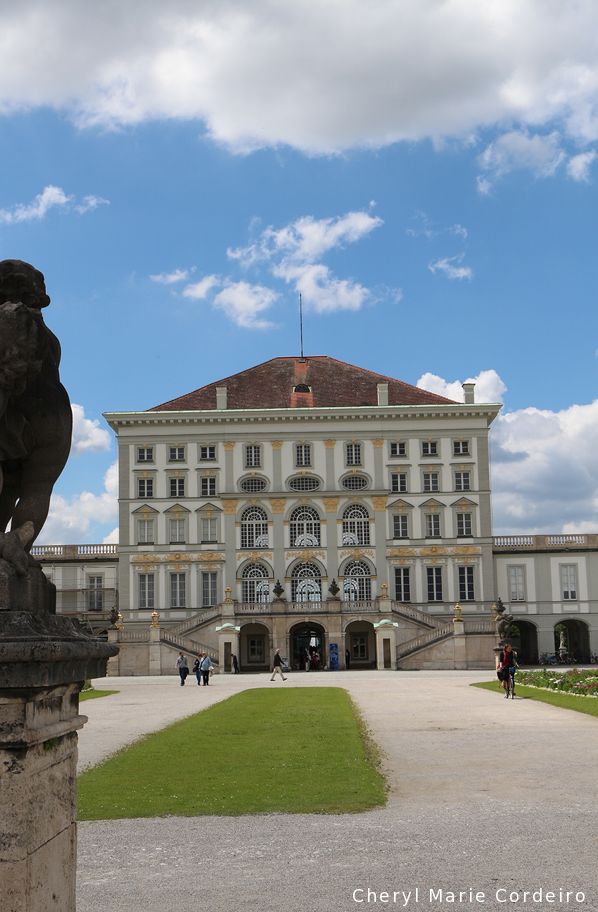 Nymphenburg Palace is about 15 minutes from Munich Hauptbahnhof by tram. Used as the House of Wittelsbach’s summer palace, the construction of the palace took place under a two hundred year period under the efforts of various successors of the Bavarian royal charge from 1664 to 1806. 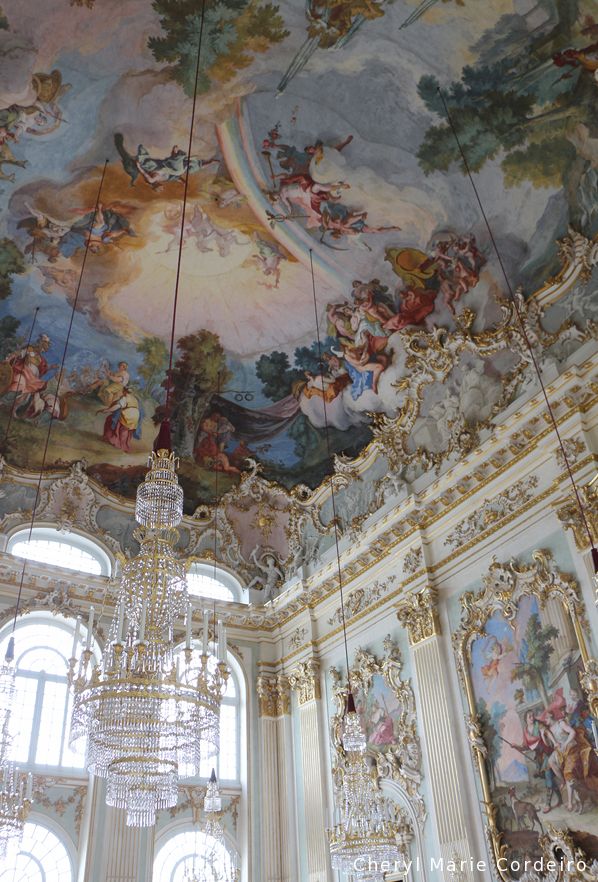 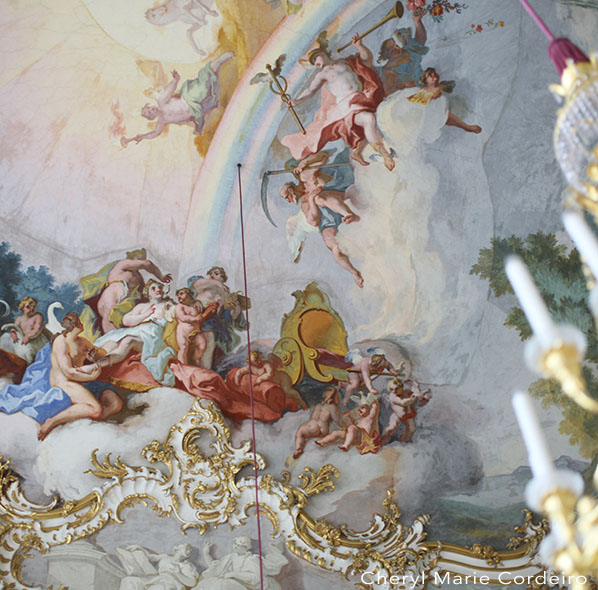 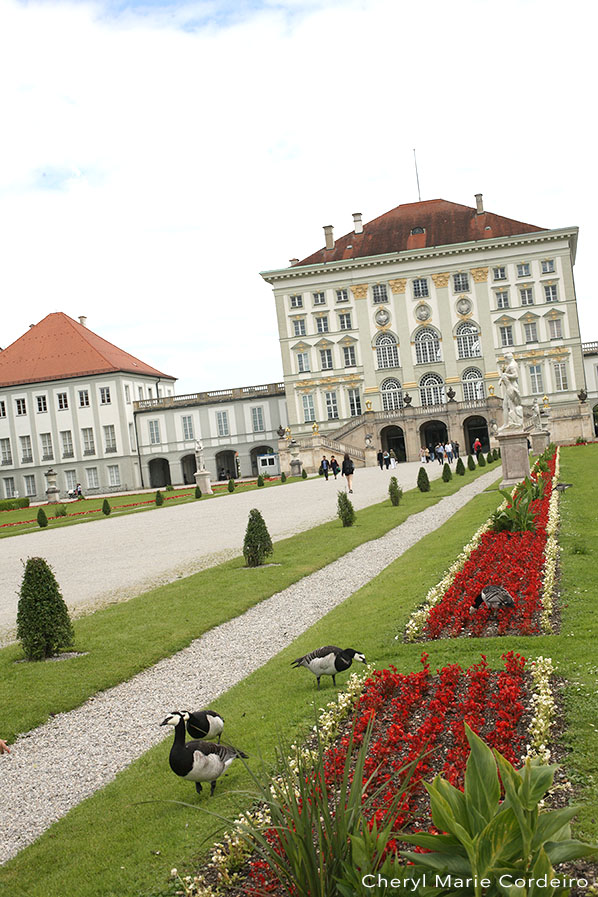 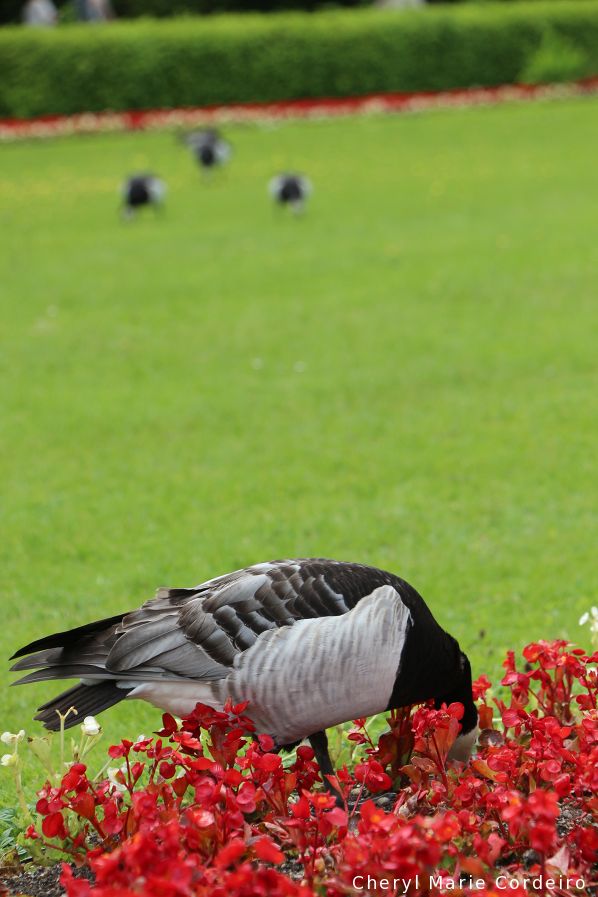 Depending upon the species to which you belong, Schloss Nymphenburg offers an all access outdoor buffet dining that includes the garden decor. 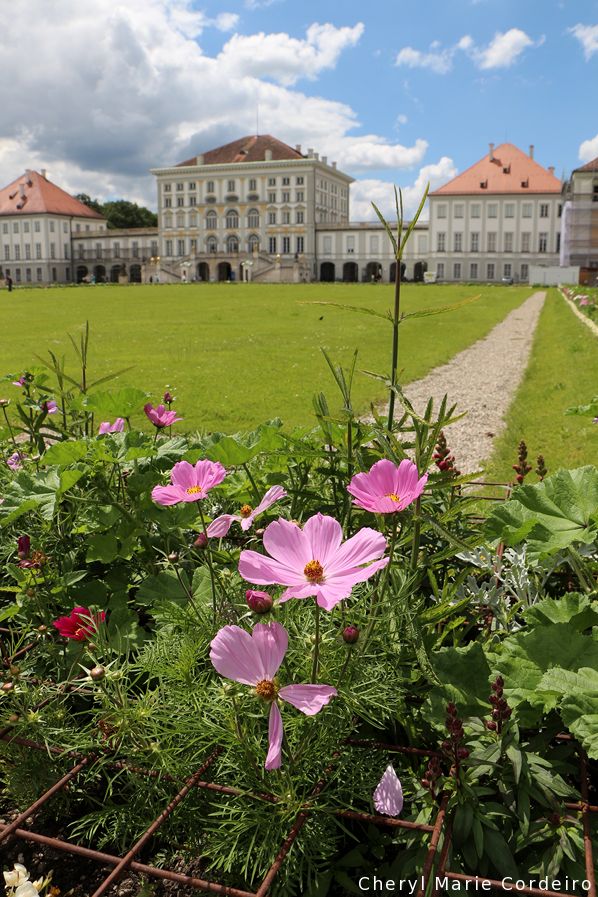 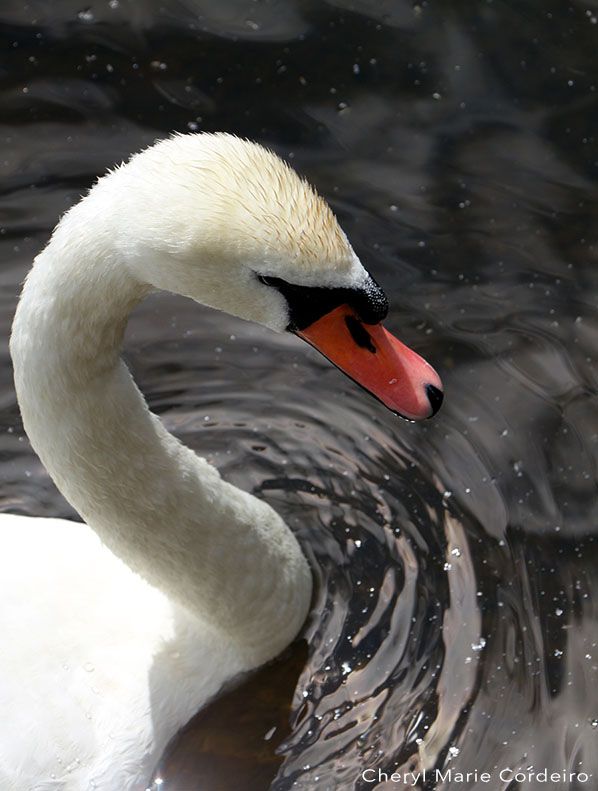