Flying into Sweden on an aerial view before landing, I continue to marvel at how green the country is. More green than I have ever seen before even if I was born in equatorial tropical rainforest region, this Scandinavian landscape far north of the globe has its green interspersed with water fills of varying dimensions. The first few years of my being here which is now more than a decade ago, I thought nothing much of it. There was nothing to see, just green. Today, the sight of the Nordic tree tops interspersed with water, as far as the eye takes you, is a treasured moment of aerial encounter. And contrary to my initial impression, there is a lot to see. 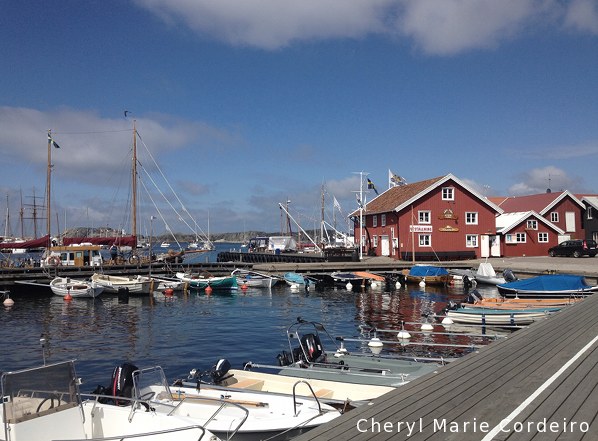 Most of Sweden is very scenic. The panoramic terrains from Skåne in the South of Sweden to Lappland, way north of the arctic circle, is distinct and different.

The west coast of Sweden is the country’s own riviera. Besides facing the North Sea and the Atlantic, it is kept warmer than the rest of Sweden by the Gulf Stream that passes just outside its coast. The west coast goes from long sandy beaches in the South until you hit the old Viking territories, around Gothenburg. From there and up north, the terrain becomes rocky and the coast is cut into hundreds of large and small islands, separated by steep cliffs and deep fjords. 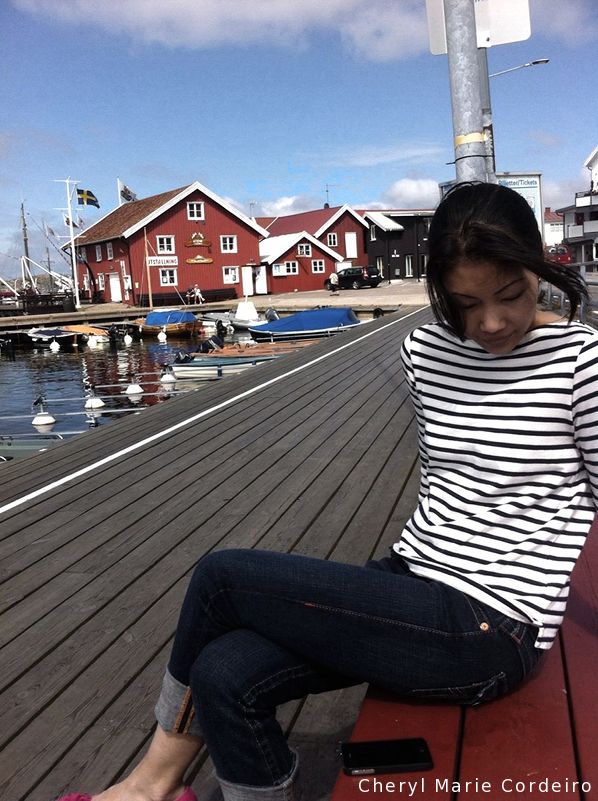 About an hour’s drive north from the city of Gothenburg, you’ll find the two large islands of Tjörn and Orust, separated from the mainland by the Hake Fjord. The glacial carving and smoothing of all rock surfaces are still visible today as you drive along the coast overlooking the sea. Visualising the drive route as being once at the very bottom of a coat of ice that might have been thousands of meters thick gives you a sense of wonderment, and maybe a sense of proportions towards today’s climatic issues.

As late as the 1960s Skärhamn was a thriving fishing village with only a few hundred inhabitants. Inland the industrialization of Sweden was in full swing and so was the process of turning all small enterprise fishing villages into something new. The fishing boats got larger, faster and were able to travel further away from the shores. This changed the infrastructure of livelihood for individual fishermen and their families. As the industrial landscape expanded and consolidated, giving less working opportunities in certain industries for people, the general increase in incomes to the area nonetheless created other business opportunities in all kinds of related industries such as transportation and refinery.

It was also during the 1960s that visitors to these fishing villages began to arrive, picking up small brown paper bags of freshly caught shrimps for a few crowns. It was an affordable luxury of the time that could be directly experienced and consumed at the quayside.

This day we went looking for that experience of a brown paper bag of fresh caught shrimps. We were also curious to know how Skärhamn has since developed, and to learn how it was meeting the challenges of the forth industrial revolution, set in the context of an ever evolving industrial landscape.

It’s quite the middle of summer, so this would be considered peak season for visitors at this modern coastal fishing village with its current ca. 3000 inhabitants.

As things usually are in Sweden, it was quiet enough for peak season. Nestled between old narrow streets where the houses are kept today as white and delicate looking as paper doily for roofs, we found at least two second hand boutiques to visit.

These boutiques are filled with beautifully kept items that span the six decades since the mid-1900s in memory of a life that once was in that area, such as crystal carafes in pristine condition that remind you of late summer garden parties and a set of engraved silverware for dining to makes yours if you wished.

In a nearby shopping mall we found the modern equivalent of the old fish shops and helped ourselves to some freshly caught cod, sold with a bag of ice to keep it fresh until it could meet its final destination in a pot, back home.

Along the quay we found a handful of cafés and restaurants that serve Swedish coastal fare, of which shrimp sandwiches was a staple. Settling down at a roadside café overlooking the harbour for – a gelato, actually – I witnessed a steady stream of cars and small family yachts move in and out of the area.

From the shops lining the quayside to the cafe´s and restaurants that reflect the heritage of the area, what is noticeable is the distinct shift from the physical work of fishing towards services. So the area has developed, and I think Skärhamn is doing great in turning the older areas into tourist interest places, actively creating the modern ‘experience’ industry.

Docking areas in Swedish harbours are open for visitors and the mooring for guests depends on what is available at the moment on a first come first serve basis. Navigating the tapering water spaces available, struggling with the cords whilst trying to coordinate the rest of the family team (with usually three of them under five years of age) to secure the yacht, is a familiar scene. They also provide much relief and rejoice among the old hands who sit comfortable, overlooking these familiar scenes from their favourite cushioned benches, from dockside.

From the vantage point of dockside, observing the struggles in securing the boats for that perfect summer holiday in Sweden, then it seems nothing much has changed over the decades. 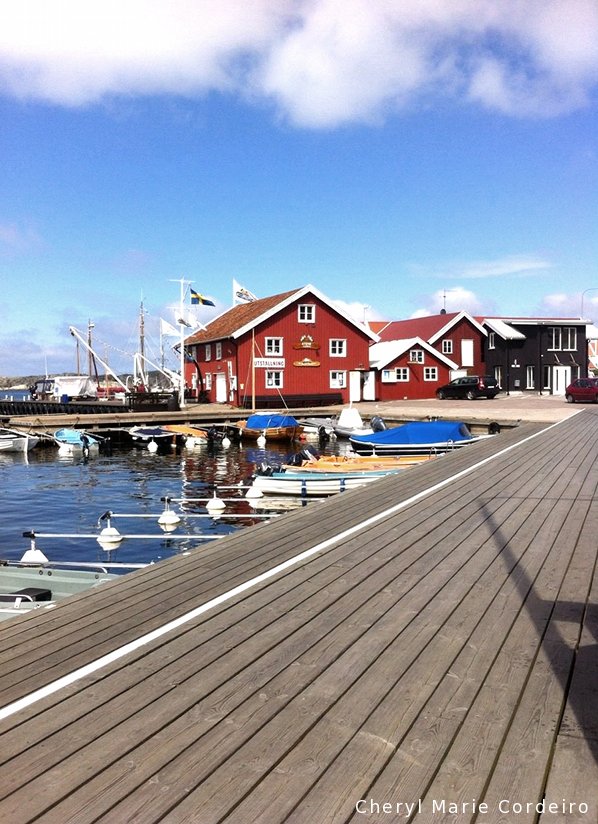 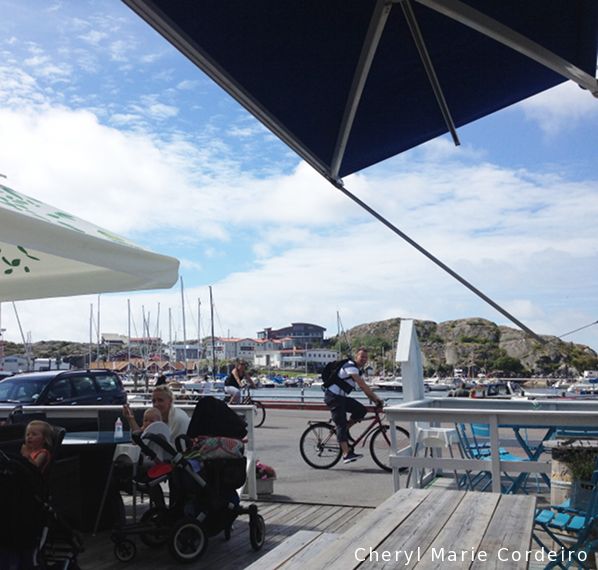 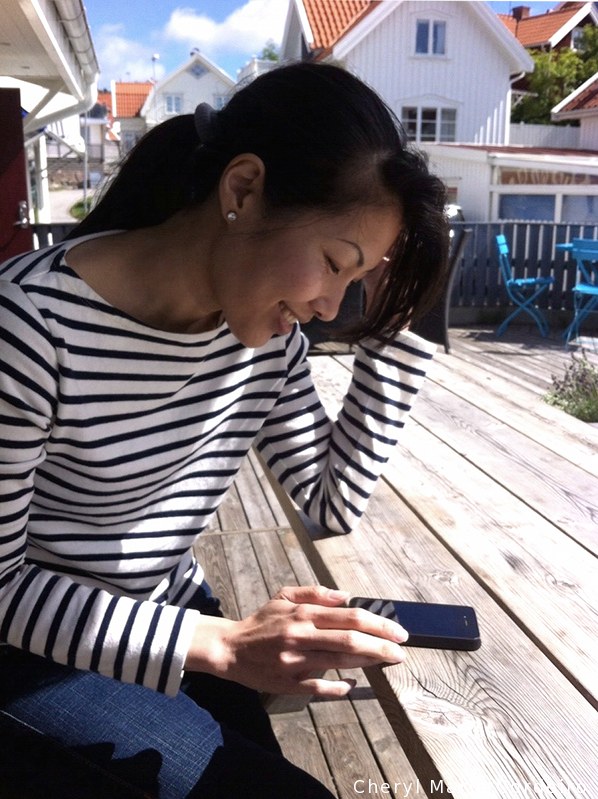 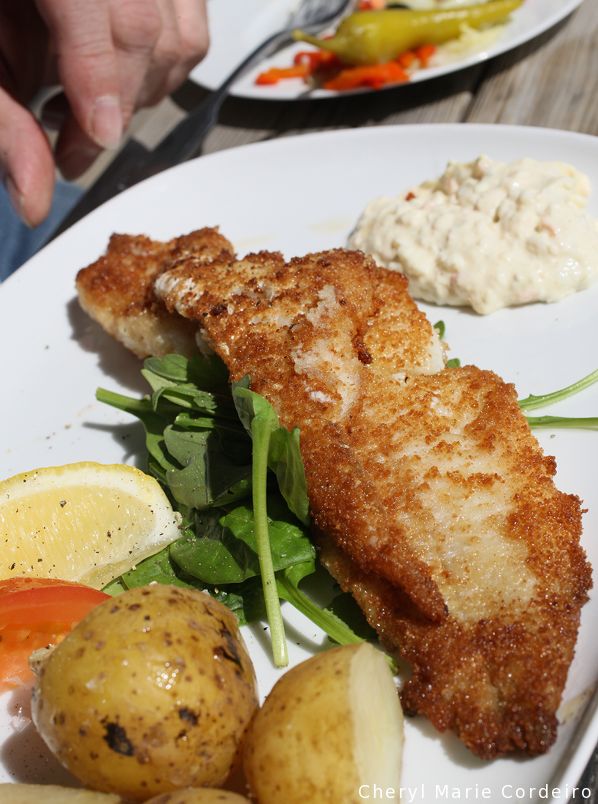 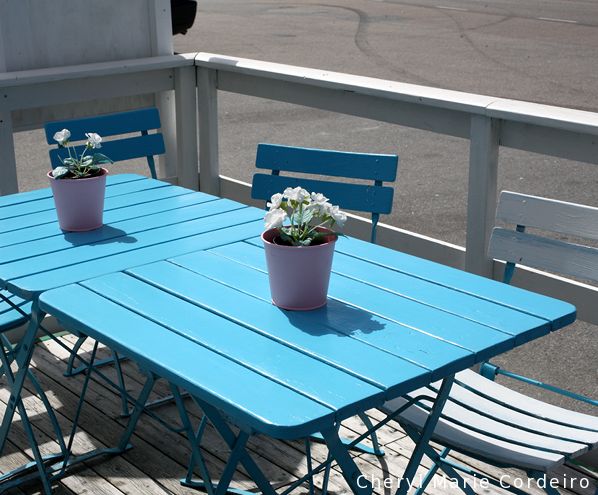 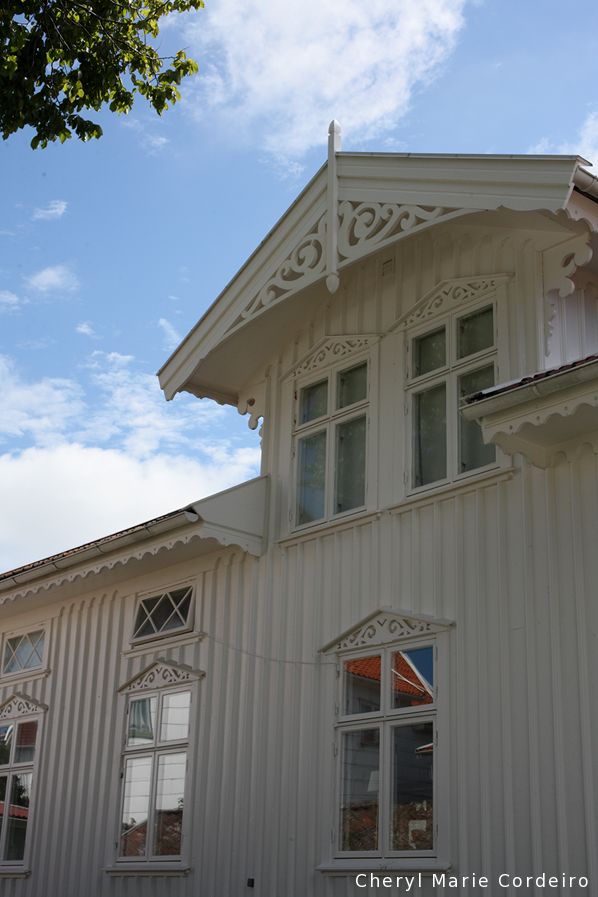 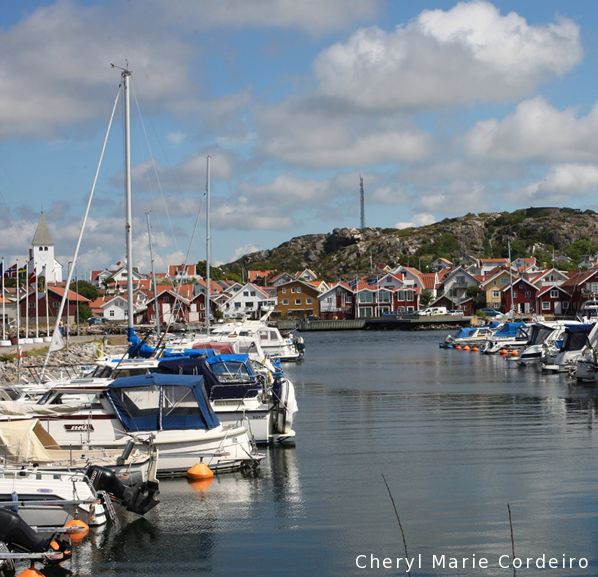 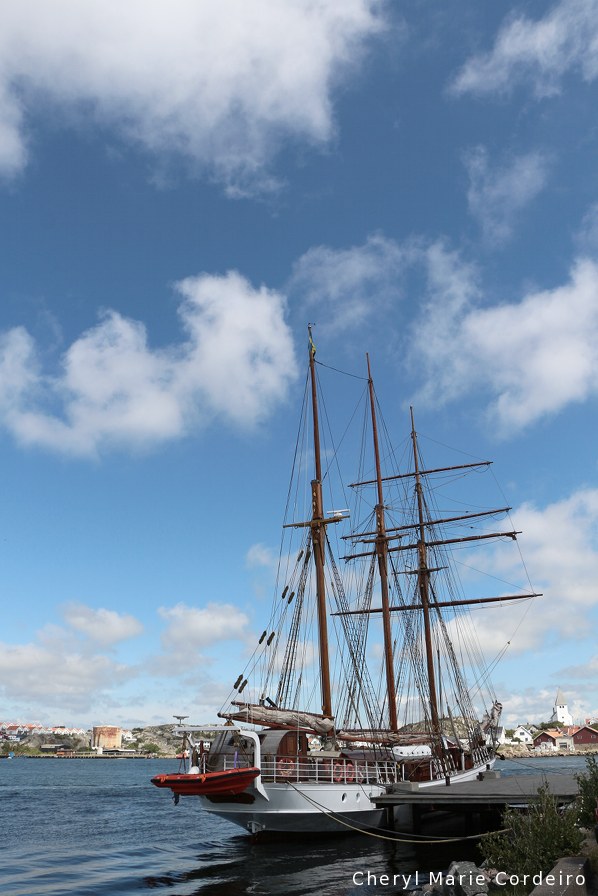 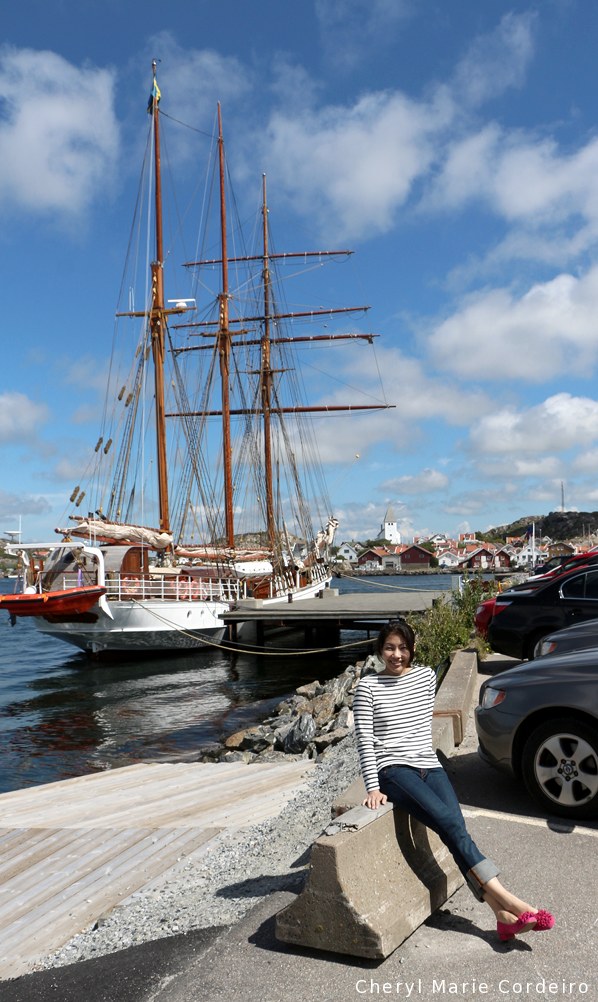 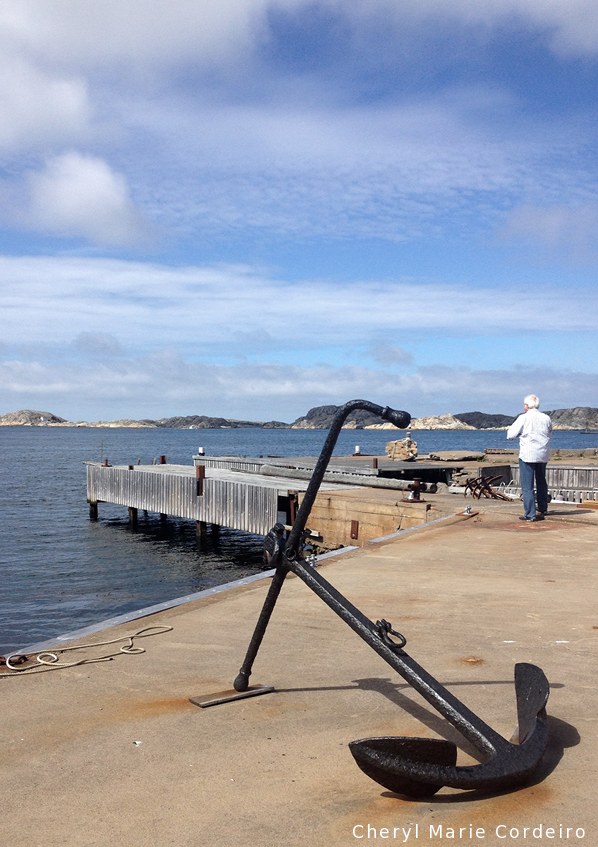