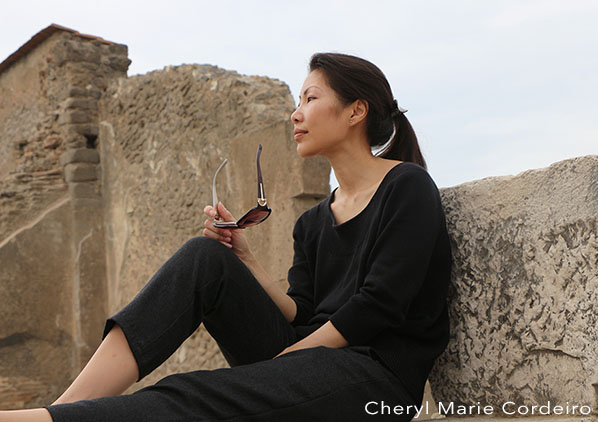 At the Forum, the central area in the ancient ruins of the city of Pompeii, Campania, Italy 2016.
Text & Photo © JE Nilsson, CM Cordeiro, Sweden 2016

I developed an interest in archaeology as a hobby read from when I was about fourteen years old. Having read about Pompeii, and followed its archaeological uncoverings through my teenage years since the early 1990s, I visit this UNESCO World Heritage site in 2016 with mixed feelings.

Located across the Bay from the city of Naples in southern Italy, you seem never allowed to lose your bearing to Mount Vesuvius. Gaping at the top where in ancient paintings it was once capped, Vesuvius dominates the horizon. It stands in statement of the events that took place in 79 AD. As a reminder of its last large outbreak in 1944, it is still 95 centigrade warm a few meters under the ground. That is a hair’s breath from boiling. But for now, on the surface, the fire mountain slumbers.

The region around Vesuvius today hosts some three million inhabitants that would need to be evacuated immediately when, not if, Vesuvius wakes up again. Inhabiting the area could possibly be human optimism, else, more pragmatically, the fertile soils of the land afforded by the very fire mountain itself gives the possibility of good trade (thus good living), especially in wine.

Along the coast south from Naples down to Reggio Calabria, this area was basically colonized by the Greeks and was effectively a part of ‘Magna Graecia’ a few hundred years BC. The fertile volcanic soil turned out to be a great place to grow grape vines. The people living in Pompeii enjoyed high living standards. They had clean water from public fountains, and had access to public bathing areas. The city was grid with an efficient plumbing system. They also seemed to have enjoyed a varied diet with produce both from land and from the sea.

At the time of the destruction of Pompeii, the city was delivering half of all wine that was consumed in Rome, the capital of the Roman Empire. Bustling, and enjoying high volumes in trade within the region and the Mediterranean, it was a vibrantly mobile society that attracted migrants from across the sea. One can see how it is that many found it difficult to fathom reason to leave.

Looking at the development of the region as such, the context seems not too different today. As I walk on the dry soils of this old city, marvelling at the smoothened stone paths carved into by cart wheels, I continue to sense ambivalence. This feeling seems to blanket not just this ancient city, but the modern reality of its surrounding regions. 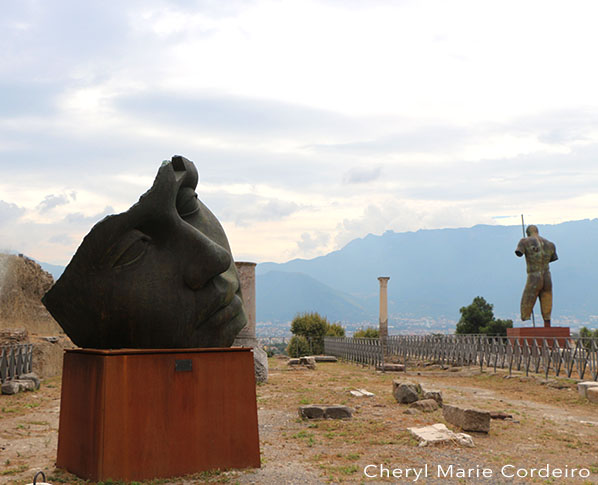 From Galleria D’arte Contini, the works of the late sculptor Igor Mitoraj, will be on display at this UNESCO World Heritage site till January 2017. 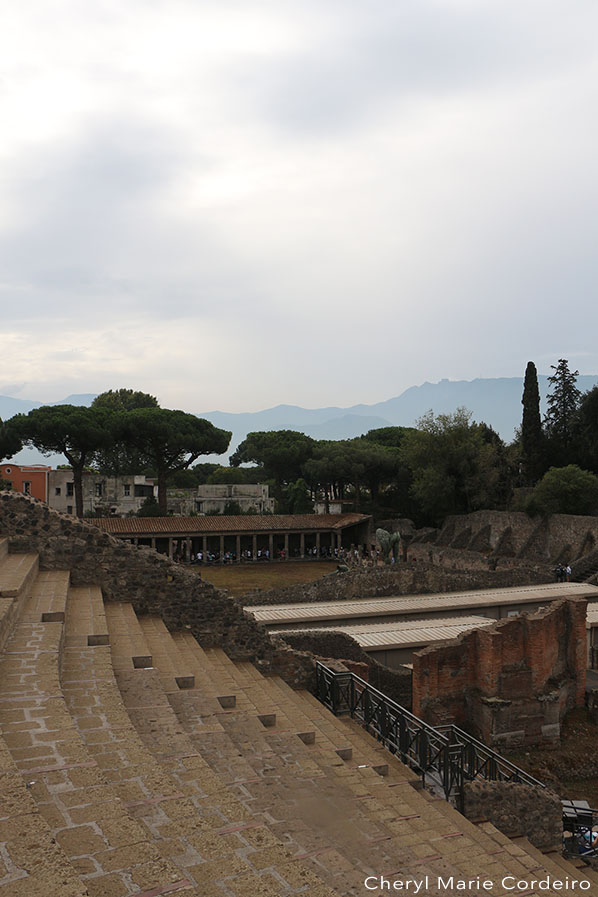 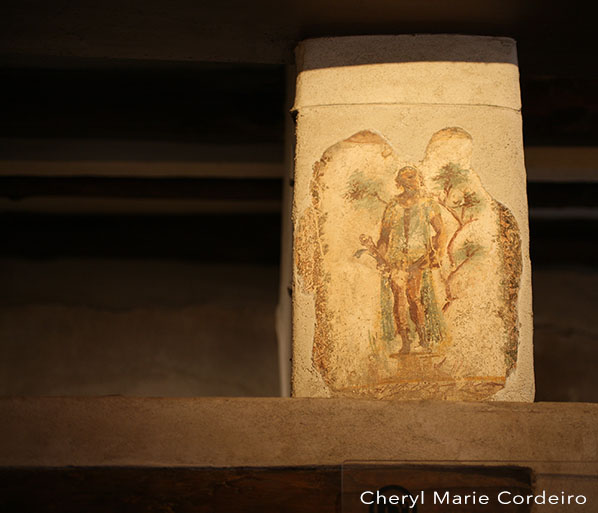 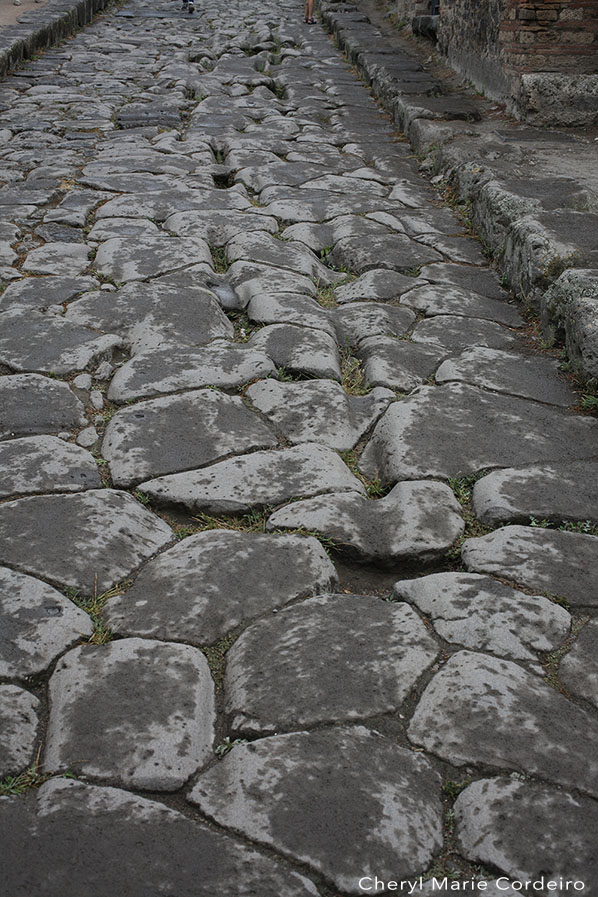 Grooves in the stone made by the wheels of Roman wagons and chariots, or carts transporting wine to the numerous bars on the main artery roads in the ancient city of Pompeii. 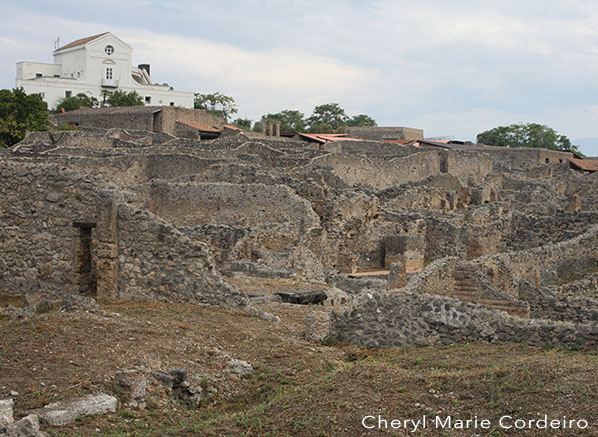 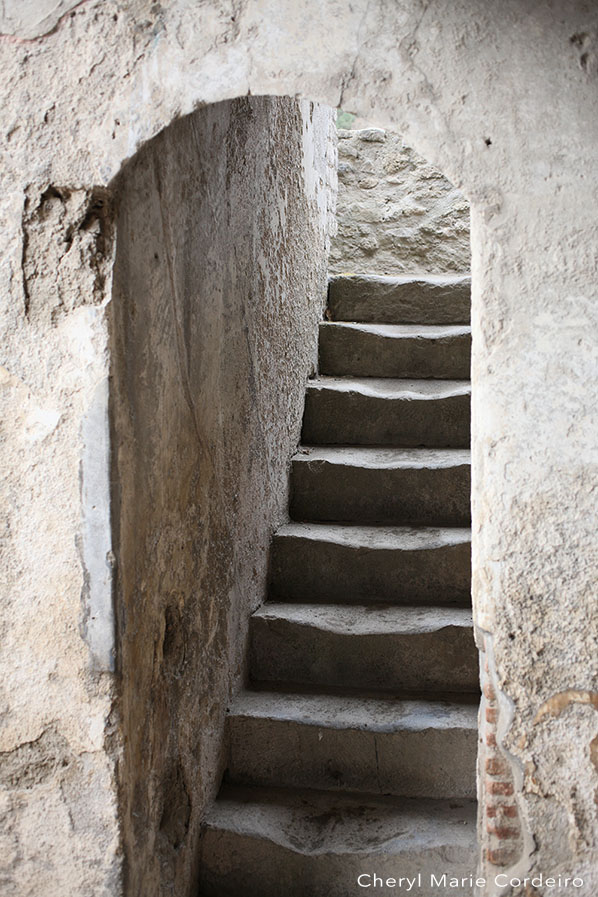 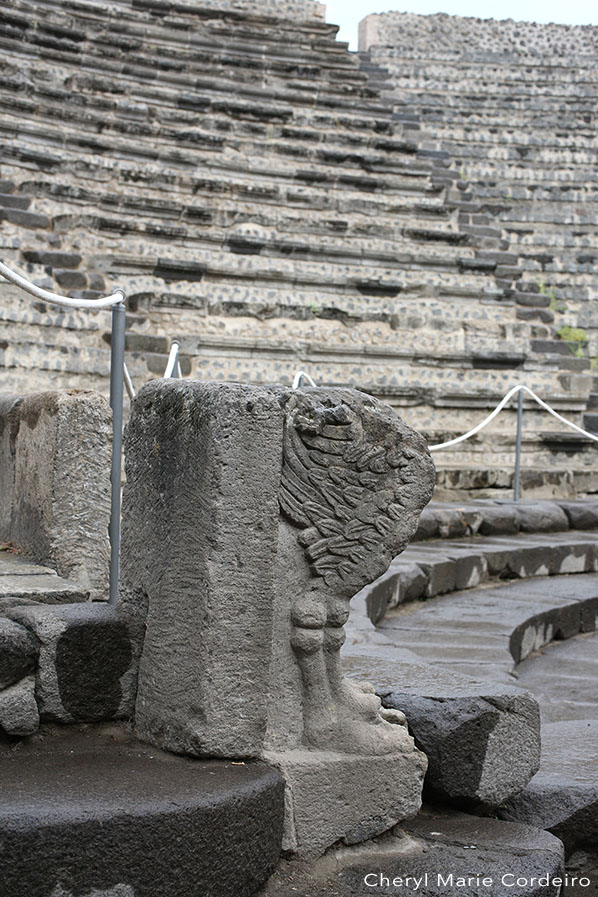 In the southern part of Pompeii there are two theaters. The smaller seated about 1,500 and was called Odeon, literary meaning ‘the singing place’. On each side of the scene are two stone figures. One, looking as a winged feet. The small theater originally had a wooden roof and was famed for its acoustics. Two thousand years ago humans like us walked past this, admiring the ambience and the multicolored marble floor, looking for their seats, anticipating the musical performance. 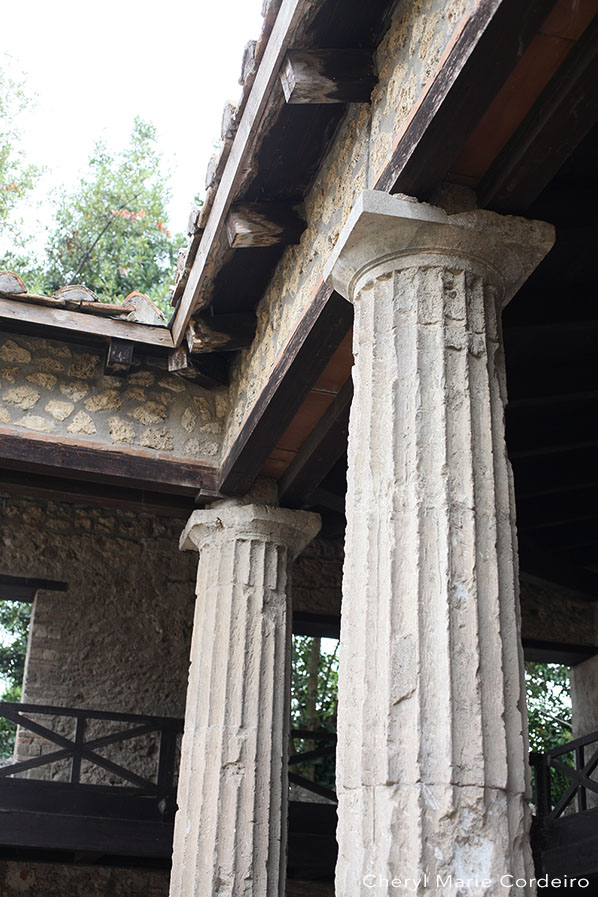 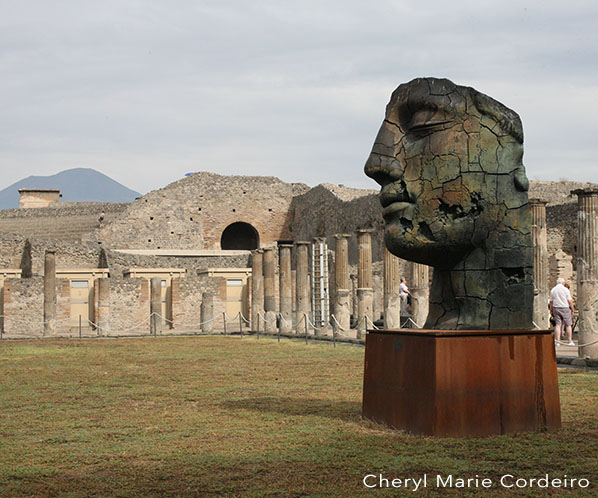 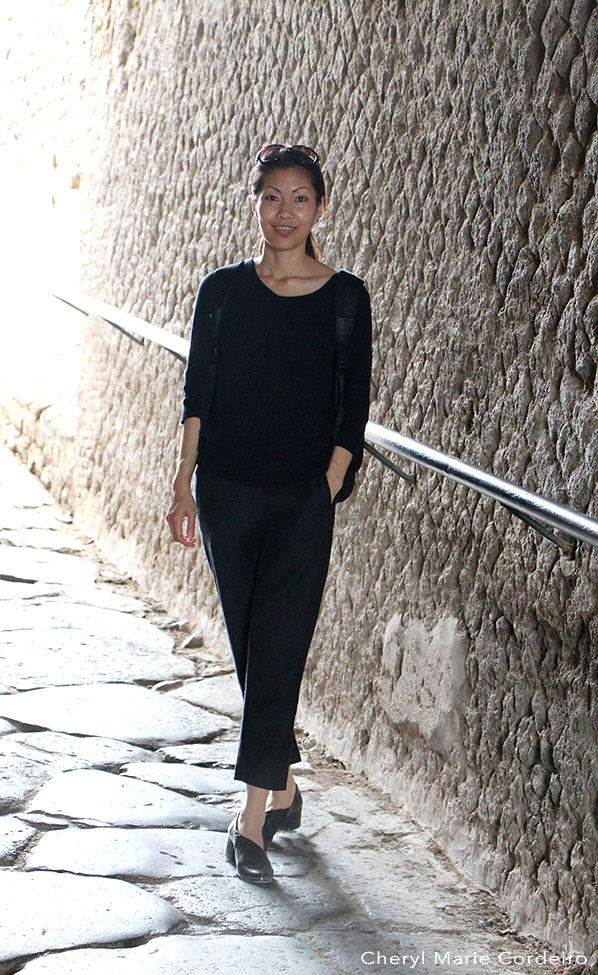 I exit Pompeii through the Porta Marina. This narrow street is steeped towards the coast. During the first century the water front would have been closer than it is today.