Food along the east coast, Singapore 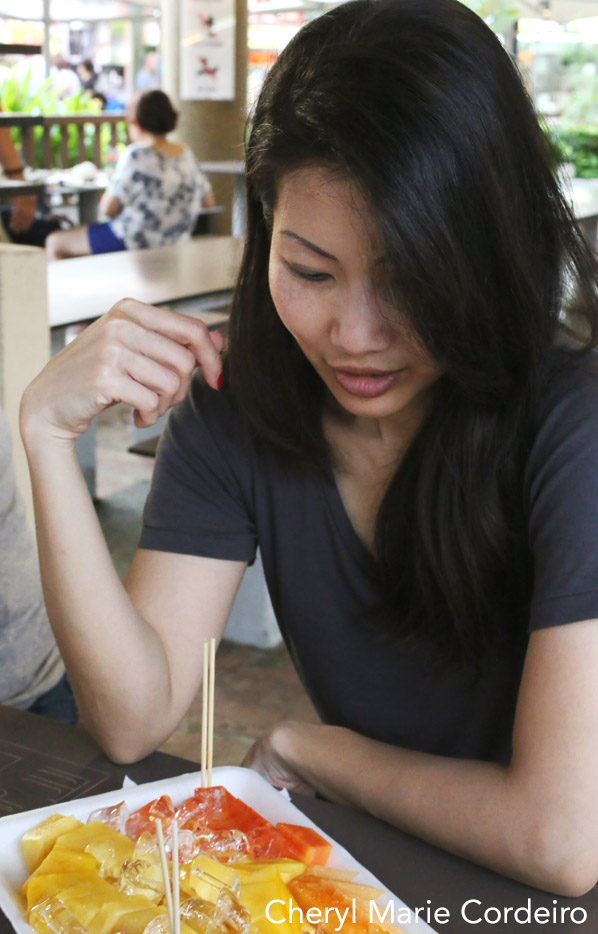 I had not known that sun ripened fresh cut fruits served with ice drizzled over them was a concept dish until I had moved out of Singapore to live in Sweden. In the nordic countries, a ‘fruit salad’ was what you might find as a type of side dish to the cheese platter, by which the fruit bit might be cut pears and/or green grapes. Perhaps marmalade as the fruit bit is also possible. So you’ll end up with having a fruit salad of different tiny jars of artisan marmalades, to the cheese platter. Different.

But it would be a day of any weather that living in the east of Singapore close to the beach, I would find myself encountering a mixed fruit platter as part of my favourite things to eat at the hawker centres located in this area. I liked in particular, to have a fruit platter at the East Coast Lagoon Food Village, which I had only all my life known as Lagoon. The hawker centre has been renovated a few times in the past thirty years or so, the last during 2013 was its most extensive with an entire rearranging of how the hawker stalls were located. A curious observation is how the area seems to have been made more of an enclave with less open space to entice the eyeline towards the sandy beaches than its former design. While a headcount of seating capacity might fall in favour of the current spatial concept, I think what I miss most is the open walking opportunities in all compass directions from the core of the old layout of the hawker centre. Together with the parking barriers that fall or rise with each vehicle entering the carpark located adjacent to the hawker centre, the limited space when considered in its entirety seems over regulated and bounded. It is however, one of the places in which I spent a lot of my childhood days, where what beckons remains the familiarity of the beaches and the coastline with the view of the tankers docked just beyond. The beach at just about 02.00 hrs in the morning is quiet, and magic. 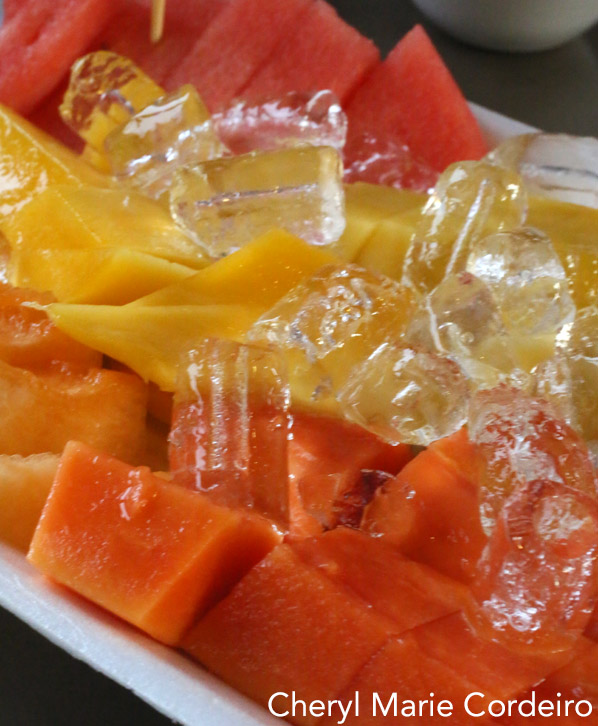 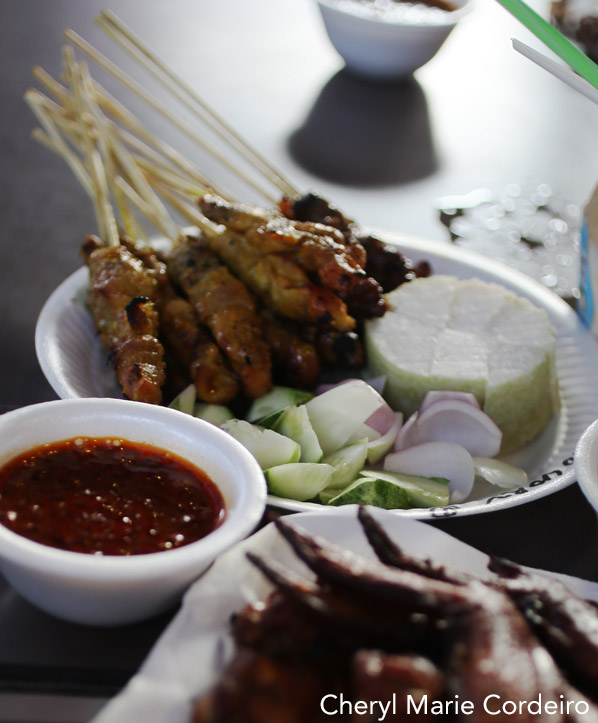 A plate of satay and ketupat, accompanied by chillied peanut sauce in the background to some barbecued chicken wings. 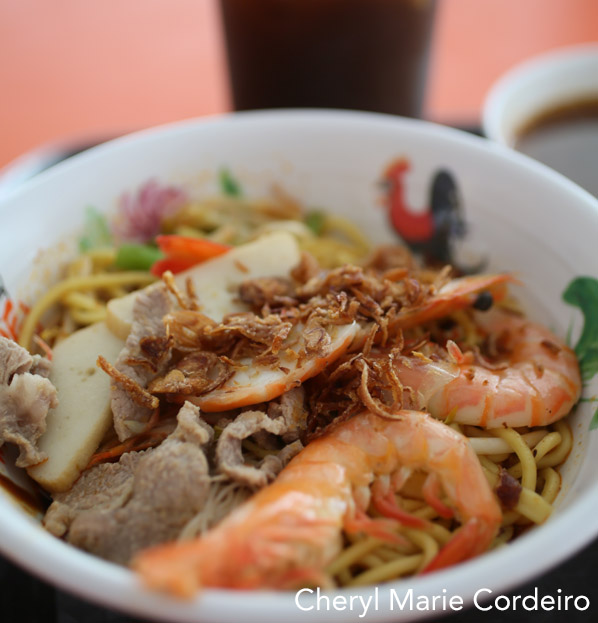 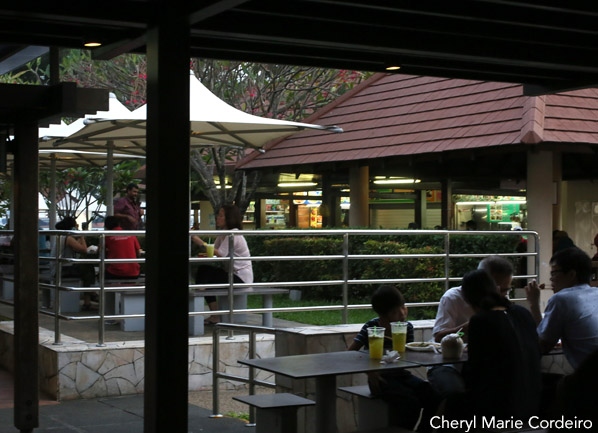 Under the modern wooden huts of Lagoon.