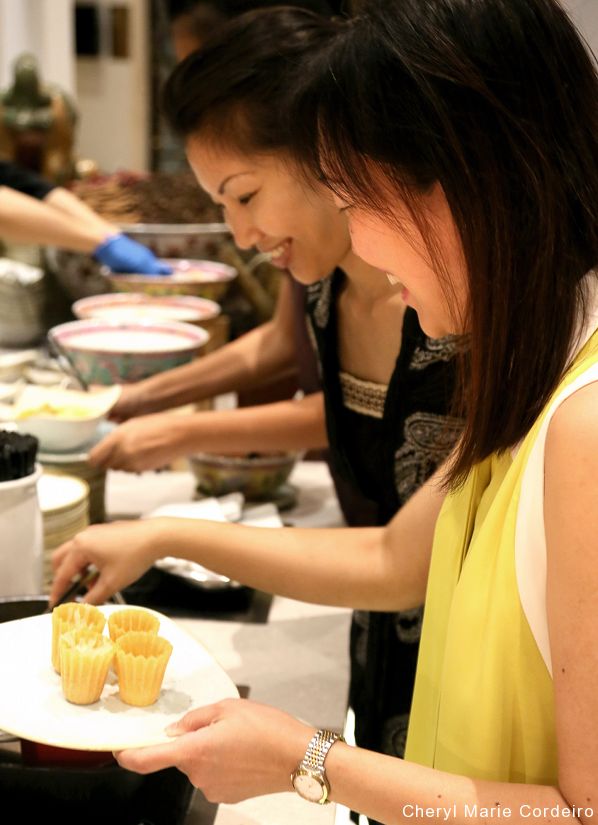 [narrative of a prestiged banquet]

In a white resplendent European designed wedding gown that emphasised her tiny waist, the gown’s flowing hemline trimmed with delicate lace imported from France, Gina Chen, now Mrs Gina Phua strode arm in arm with her husband, Mr Tom Phua, as they entered the dining hall to their wedding dinner banquet. The hall was decked out in various shades of red and gold, symbolising prosperity and happiness for the newlyweds. Mrs Phua’s eyes swept the room and noted with pride that all other eyes were on her that evening. The French lace trimming to her gown that she had insisted Mr Phua pay for, is now paying off. She felt rich, and more than beautiful. Her father’s country club membership application, where members of the club were mostly Europeans living in Singapore for work purposes, finally came through two days prior to the wedding day. The Chen family had waited more than a month for the club membership approval and Mrs Phua felt that she finally belonged to the European inner circle that her father had tried so hard to place her. With the country club membership approved, and with the newfound freedom of marriage of not having to be under constant watch by her own mother, Mrs Phua looked forward to lazier afternoons. She was also in the position of having the Chen family fortune behind her, ensuring that she need not stay with her in-laws. She sighed a small breath as she continued down the banquet aisle to the prestiged bridal table at the front of the hall. She glanced over at her husband and noted that a slight sheen of oil had already begun to show on his face. Why could he not be more aware of his appearance, especially on such an important day as this? She glanced away in feign ignorance. She certainly looked forward to tennis and croquet at the country club after late morning cherki sessions with her girlfriends. Her mother had trained her to take charge of the family finances, and that was exactly what she intended to do in her household. She was determined to wield all the power of a corporate managing director and chief executive officer in her own married household.

There were more than 700 guests in attendance to the wedding banquet, the list being reduced from her father’s side who decided not to include quite a number of clients to their family run gold and jewellery business. These clients will need to make do with an auspicious hamper of sorts from the bridal pair after this day’s ceremonies. Else, they might need to wait till the ceremonies of the first born to be included in the festivities. Mrs Phua pondered the possibility of having Mr Phua take a second or third wife within the next year, so that she could leave the baby-bearing duties to these other women. By tradition, these other wives would still be subordinate to her, she being Mr Phua’s first wife. Mrs Phua sat down delicately at the prestiged table, her slender shoulders shuddering lightly at the memory of the bridal chamber ceremony held earlier in the day. It was ominous enough a few days ago during the blessing of the bridal bed in the an chng ceremony that they could not find a teenage boy born in the year of the Dragon to roll three times across the bed, an act symbolic for the good fortune of having a male as first born. After much scouring of relatives and friends, her in-laws resorted to having a boy born in the year of the Snake but wearing a glaringly red shirt with an embroidered dragon on the front do the job of bed rolling. Earlier in the day when a young cockerel and hen were released under the bridal bed in yet another attempt to have fortune smile upon the newlyweds with a first born son, she noticed that one of the cockerel’s leg was hopelessly entangled in strands of lemongrass (another fertility symbol placed under the bed next to he bananas and yam) and it had no possibility of escaping the situation. Citing concern for the young cockerel, Mrs Phua unceremoniously hiked up her wedding sarong, plunked herself on the ground and grabbed the cockerel from under the bed. Problem solved, a boy it will be.

Exhausted at her own thoughts, Mrs Phua was glad that dinner was finally being served. The hall’s subdued murmurs with the start of dinner helped ease her oncoming migraine. She glanced around the table. Parents, in-laws and immediately family members were hierarchically seated at the 12-persons rounded table, beginning with the eldest to the left of the groom. Mrs Phua noted the presence of her brother-in-law, John Phua. She could not help but scrunch her nose in disgust. John was most of all betting with his friends for the hen to first appear from under the bridal bed, and she was convinced that her brother-in-law wanted nothing good for her in this marriage into the Phua family. Friends of her new husband streamed from time to time towards the table to congratulate him, but she hardly noticed. Famished from weeks of bridal dieting, she noted with glee that the headwaiter had arrived at the table with a gorgeous looking roasted suckling pig. Spread with limbs akimbo and a cherry apple placed at its mouth, the pig looked invitingly golden and juicy. By tradition, the suckling pig was symbolic of the new bride. John Phua had also noted the arrival of the suckling pig, and without a moment’s thought after its placement at the centre of the turntable, plunged a knife sharply between the small shoulder blades of the pig delicacy in order to get the first bite. Mrs Phua let out a stifled scream with the palm of her hand over her mouth. Shocked, she managed to choke out, “John! What are you doing?! That pig is supposed to be me!” With his hand on the handle of the knife still standing upright on the suckling pig, he looked surprised. “Oh really?” John Phua said, “Sorry, I didn’t realise that.” and he flashed her a broad smile. Feeling faint, she leaned her shoulders back unto the cushioned seat. In her mind, ran all thoughts and advise that her mother had given her through her more restrictive teenage years. 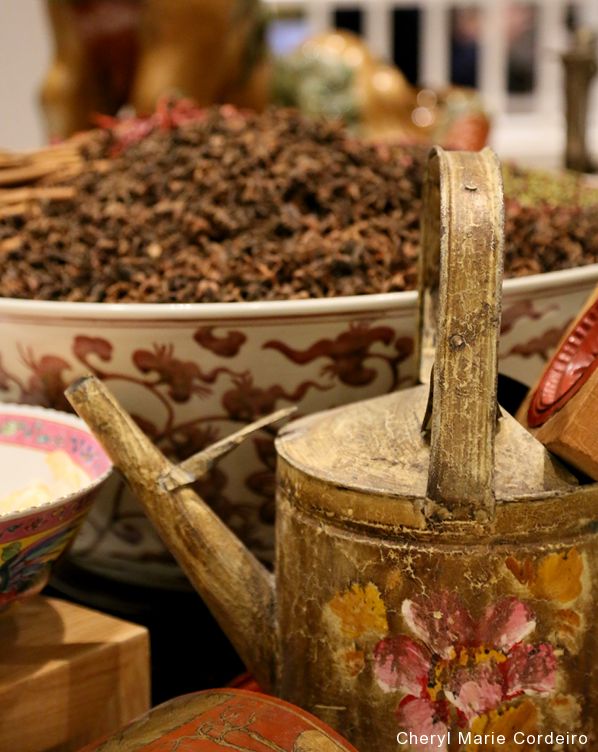 The Ellenborough Market Café at Swisshotel Merchant Court, located alongside the banks of the Singapore River couldn’t be a more apt location for its Straits Chinese and international buffet line. Signature to the café is its combination of decadent food choices with old school Peranakan styled interiors, where the flooring and lightly glossed wooden seats reminded me somehow of the interiors to my great grandfather’s house along Tembeling Road in Katong, Singapore. 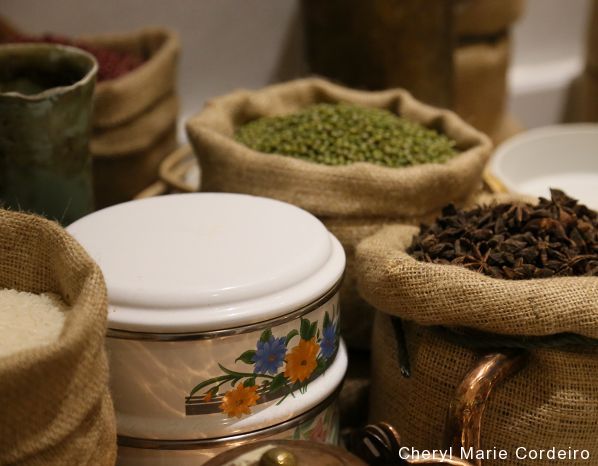 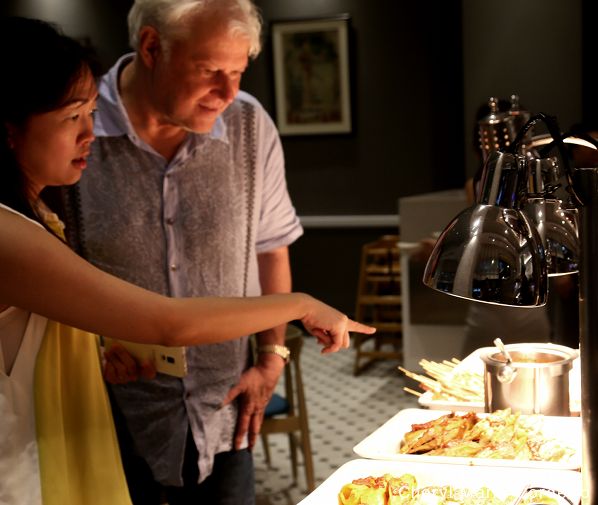 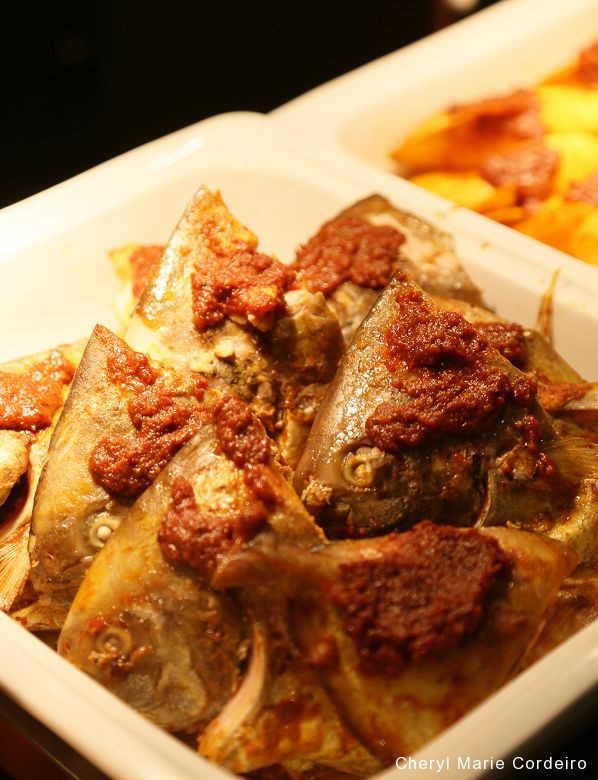 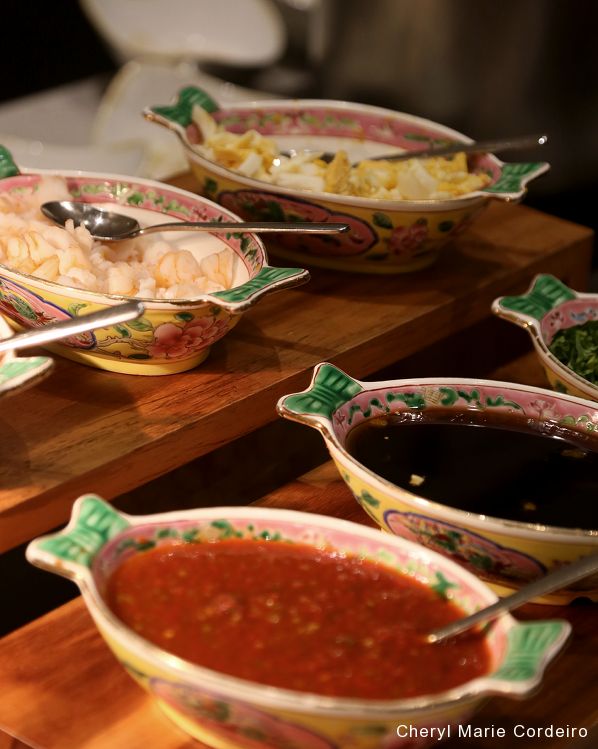 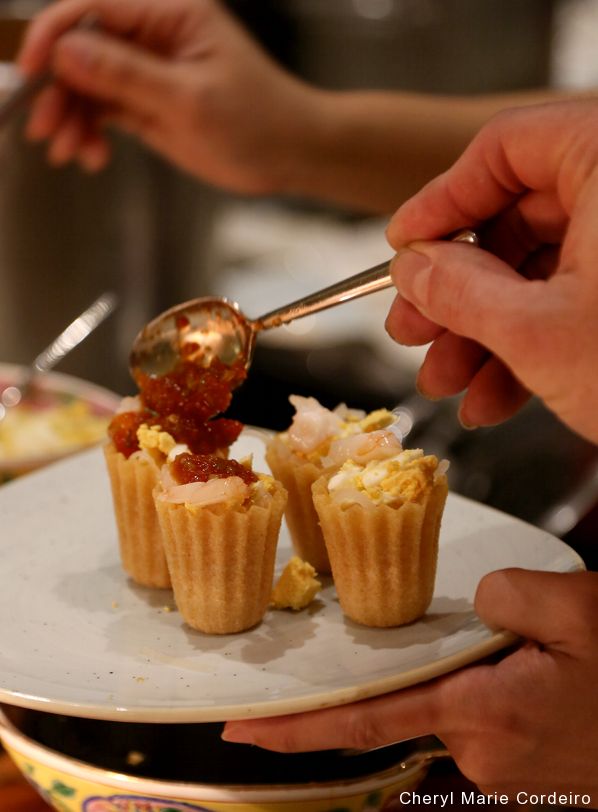 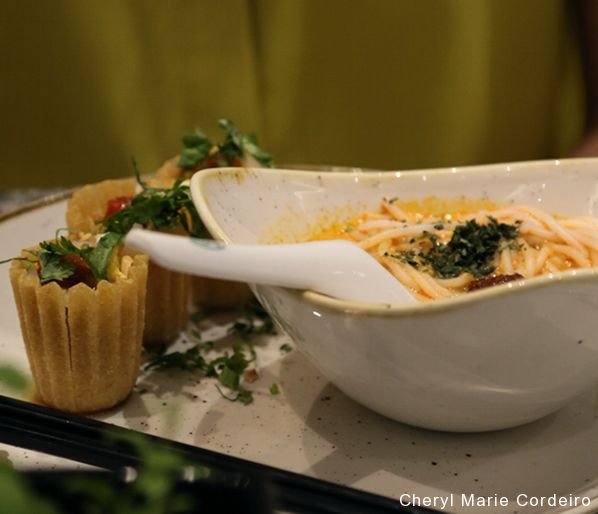 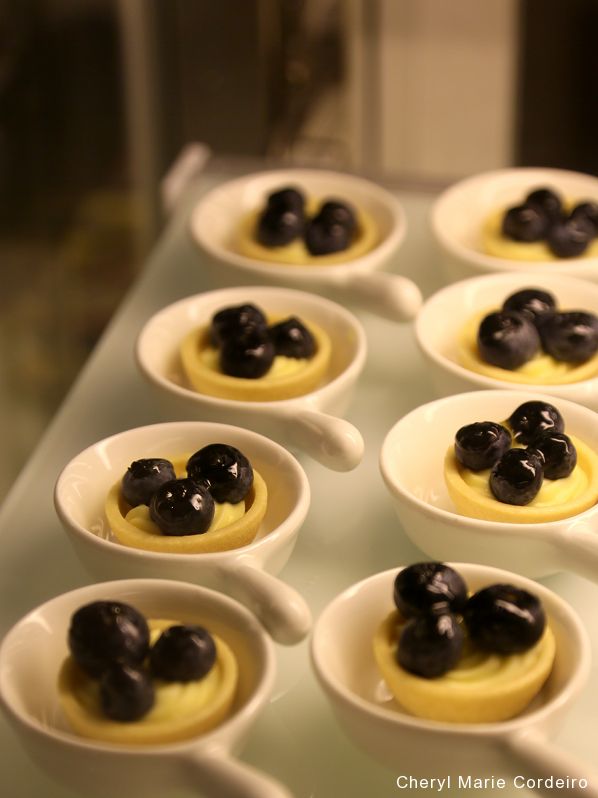 The café offers a selection of desserts from the international buffet line. 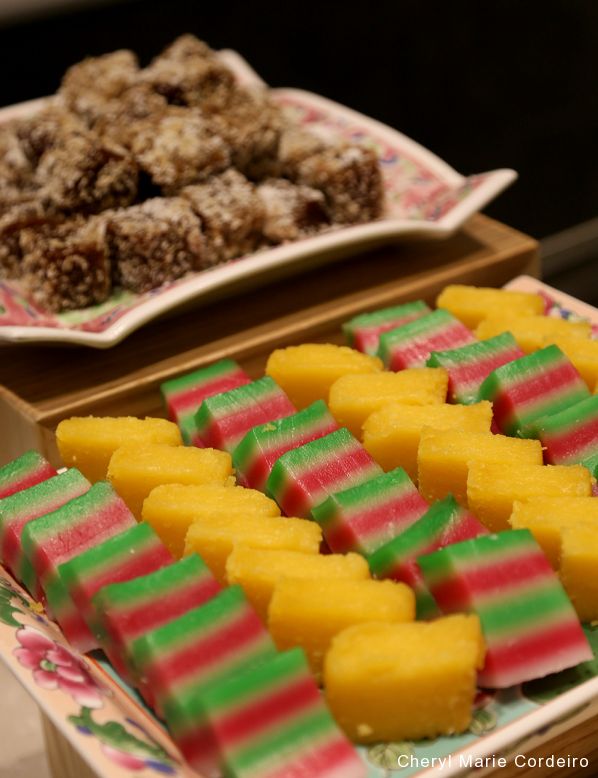 Most pleasant of all, the evening’s company at Ellenborough Market Café.