I was halfway to the grocery shop located on Donsö, the adjacent island to Styrsö connected by a bridge. Propped unglamorously on a flakmoped huddling from the Nordic winds in clashing block colours of a black puffer jacket, a cobalt boy’s soft-shell ski pants and a Christmas red pair of Timberland gloves that did nothing to protect my fingers from the winds that swept right through its thermal threads, I peeked from under the fringes of my furred hat to view the coastal outlines of the island. To my left, as the flakmoped sped past the beach at a cool 8 km/h, I saw that the tides were low. The sea was lightly frozen over, the movement of the breaking of the waves over seaweed just before hitting rounded pebbles captured in an instantaneous frame of time. A murder of crows were merrily pecking away at the seabed, seemingly oblivious to the wintry temperatures.

For one born in the tropics, the winters here along the Swedish west coast can get unbearably cold, much due to the ocean winds that sweep over the southern archipelago islands. It is most likely the Noridc climate that allows for such indulgences as the semla, and one could well empathise with the motivation of Adolf Frederick, King of Sweden who in 1771 ate his last semla.

Despite that the marzipan filled bun is associated by tradition to fettisdagen, the days before lent, today’s version of the Swedish dessert began as a simple flat baked wheat bun. In evolutionary culinary semiosis, people in the mid-1500s began to associate the flattened baked bun with Christian festivities and voila, the version today is a form taken of the feast before the fasting [1-4]. Several versions of the semla have made its way to the Swedish bakeshops including semmelwraps, semmeltårta and hemlan, the last referring to marzipan filling being secretly (i hemlighet) hidden inside of the bun. Sneaky. New this year, perhaps as a result of the workings of the human mycelial subconscious of making sweet sweeter, the prinsessemla, a marzipan covered semla, was launched by Markus Ekelund at Thimons konditori in Nässjö.

After having made a few early semlor rounds to the bakeries and cafés around Gothenburg, I decided I wanted buns that were half the size of the classic semlor buns sold in the city. I think the baking process itself does not take much time, the combined yeast and plain flour does much of the work on their own. All that is needed to finish the product is to shape the dough spherical before placing them in the oven. Almonds, blanched and peeled, grind quickly with sugar in the food processor, giving the base to the marzipan. Combine the bun, the marzipan filling, sandwich it as decadently as you like with whipped cream, and you’re good to go for the evening with a glass of warm milk, and a good book.

This time, peering out of the kitchen window over the lightly frozen sea overlooking an adjacent island with a fresh homebaked semla in hand and a warm glass of milk, I feel much like one of the crows out there, sitting indoors warm and snug, as nature intended. 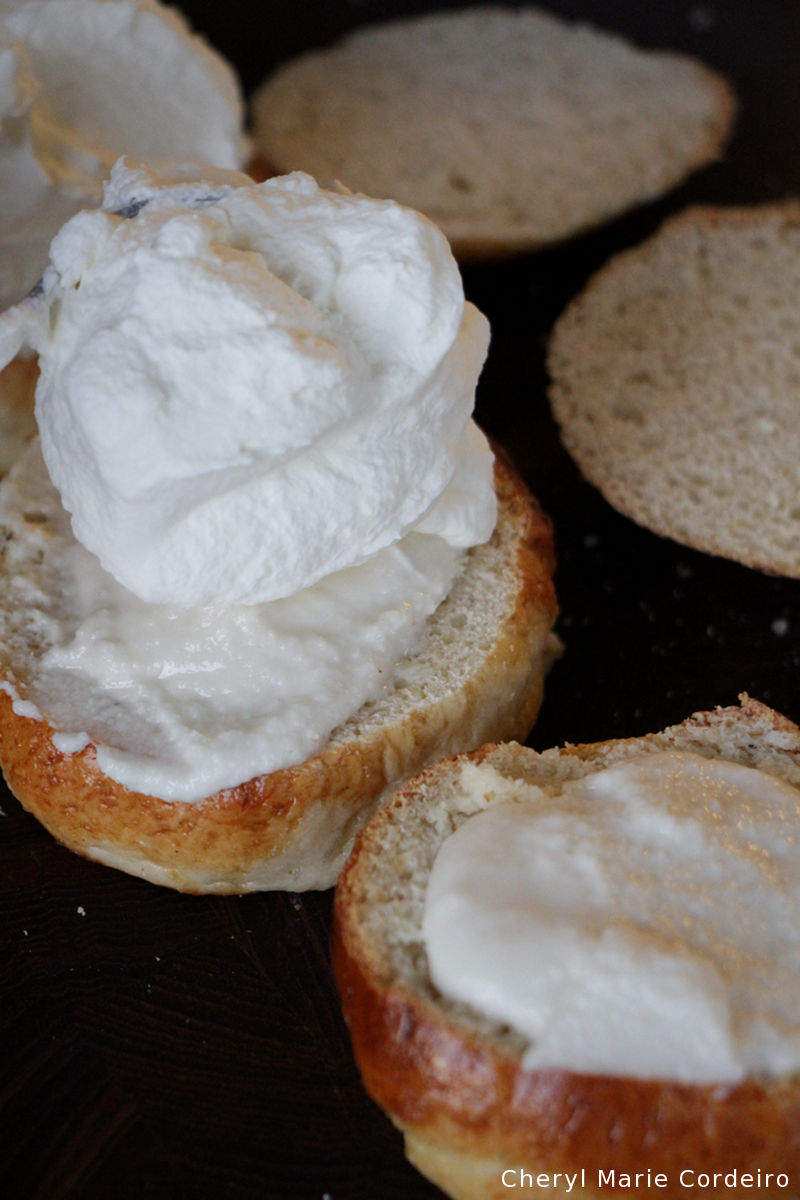 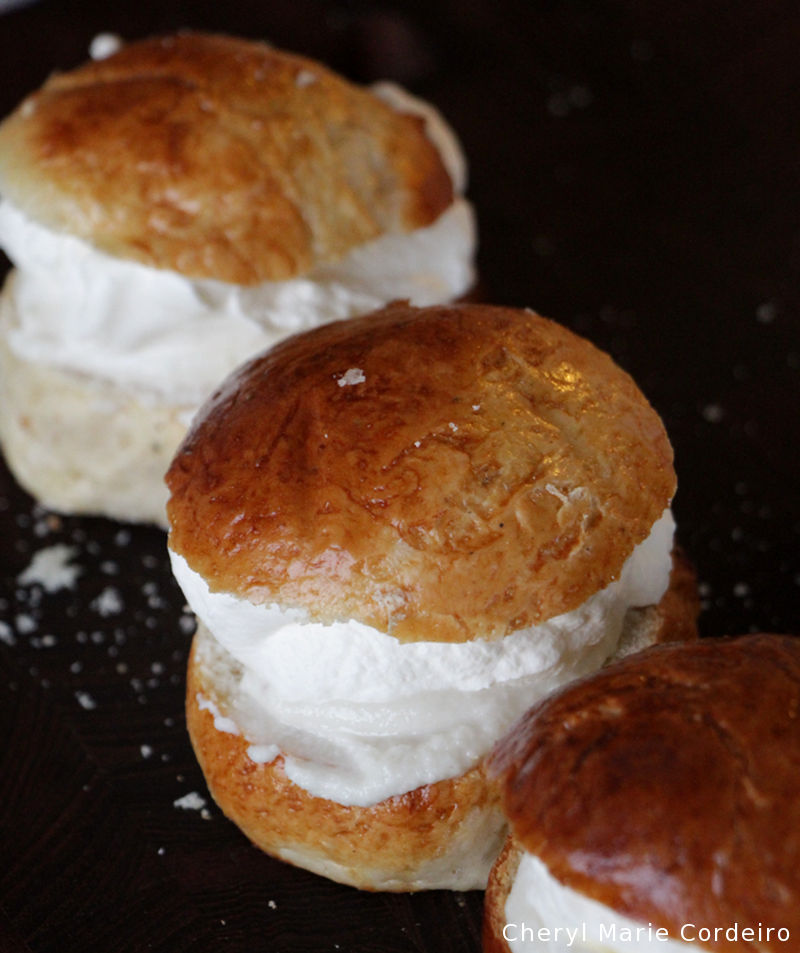 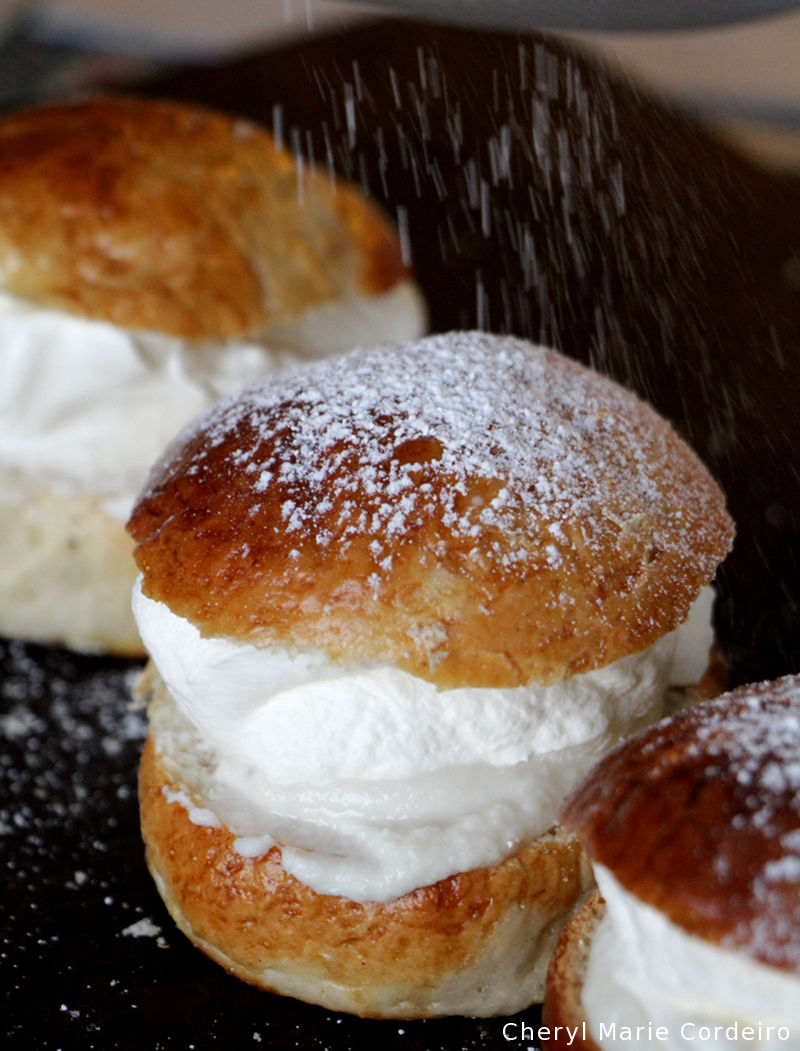 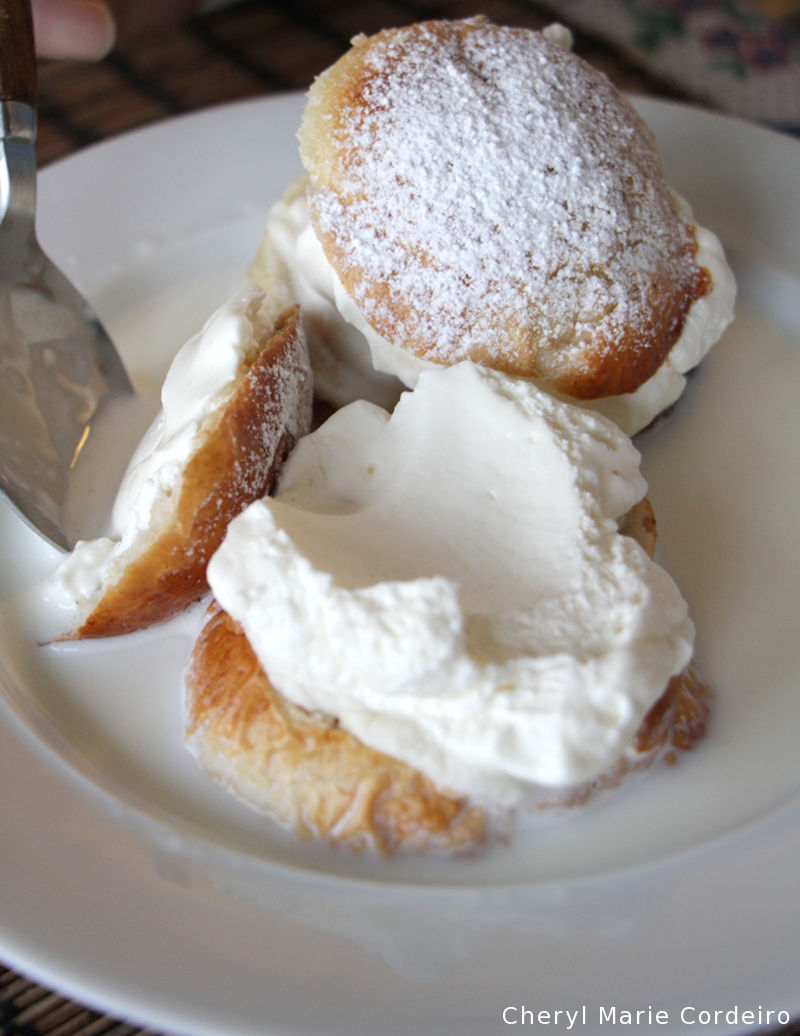 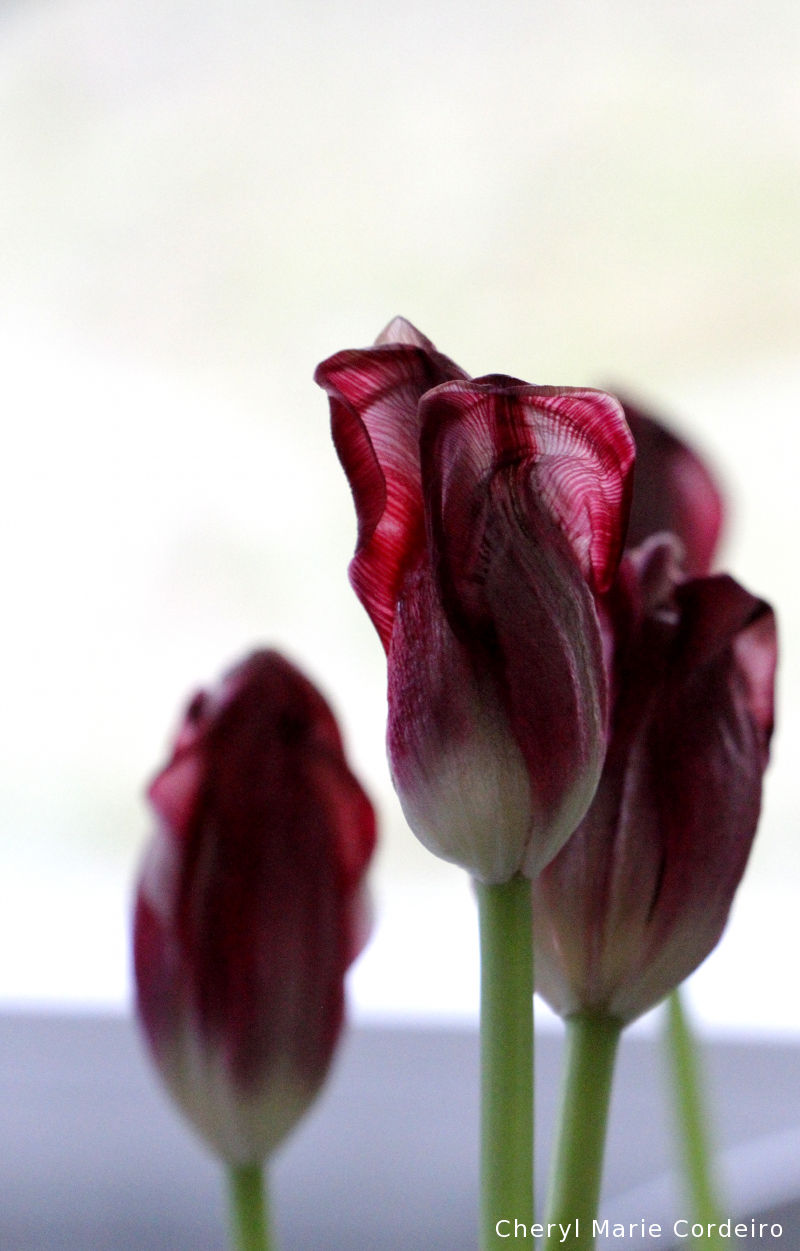