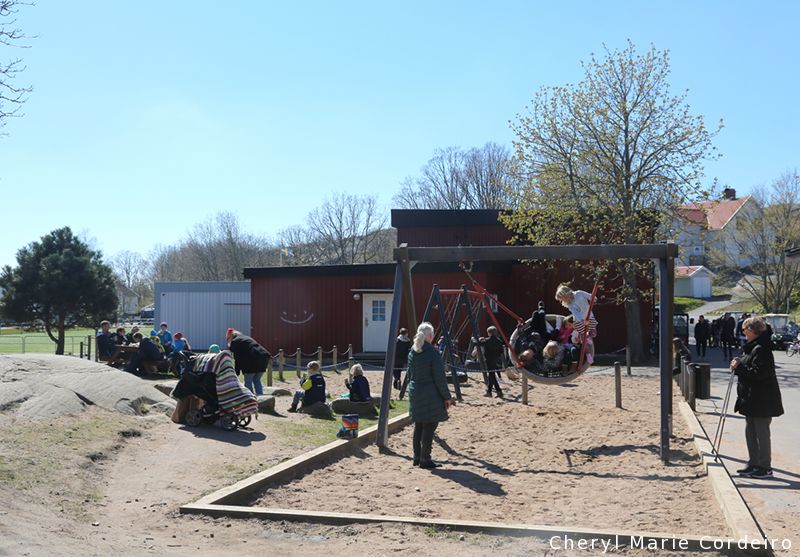 It is the weekend of the Swedish Valborg in celebration of Saint Walburga. Despite its naming heritage, this festivity has little to do with religion but rather everything to do with the ushering in of spring. Across the land, large bonfires are lit in symbol of cleansing of the past (plus, a fantastic way to getting rid of unwanted wooden furniture) and welcoming the season that sees trees visibly come back to life and flowers blossom. There are few, if hardly any, Swedish festivities that do not in essence celebrate fertility in one form or another. It is only that some festivities have a touch more explicit use of fertility symbols than others.

As indication that globalisation and cultural confluence was already in place thousands of years before scholastic theorising, in Viking folklore the lighting of a bonfire is believed to scare off witches and evil spirits, this night being the night when witches gather on the Brocken, the highest peak in the Harz Mountains in central Germany. Sweden and the Nordic region would be just a swish of a broomstick’s flight away from the woods of central Germany, so one could never be too cautious. The larger the fire, the better. On the practical side, the bonfires also work well in keeping predatory animals such as foxes away from newborn farm animals who are often let out to graze freely from the beginning of May.

On Styrsö, an island located in the southern archipelago of Gothenburg, Valborg is celebrated with a funfair held on the island’s school grounds filled with games, bingo lottery playing and traditional Swedish fika fare such as cinnamon rolls, marzipan filled sugar cakes topped with various fruits and creams. Come evening, a bonfire is lit and neighbours and friends gather around the bonfire in song and dance. Apart from keeping witches away, the presence of a bonfire fills all with anticipation of the long summer nights to come. Nights presumably similarly filled with more drink, song and dance. 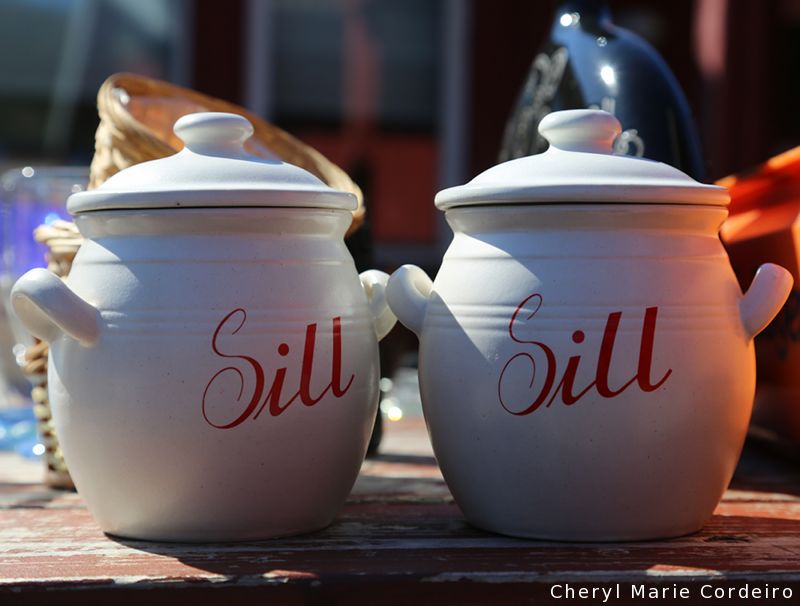 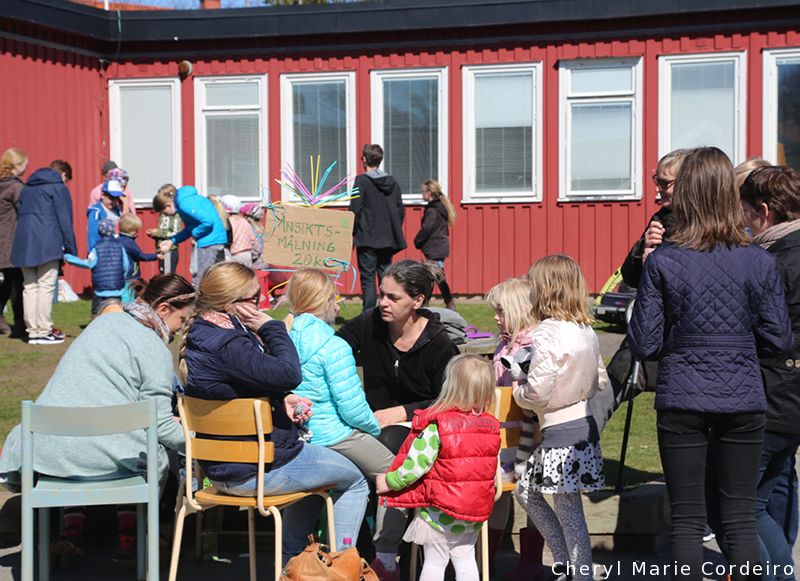 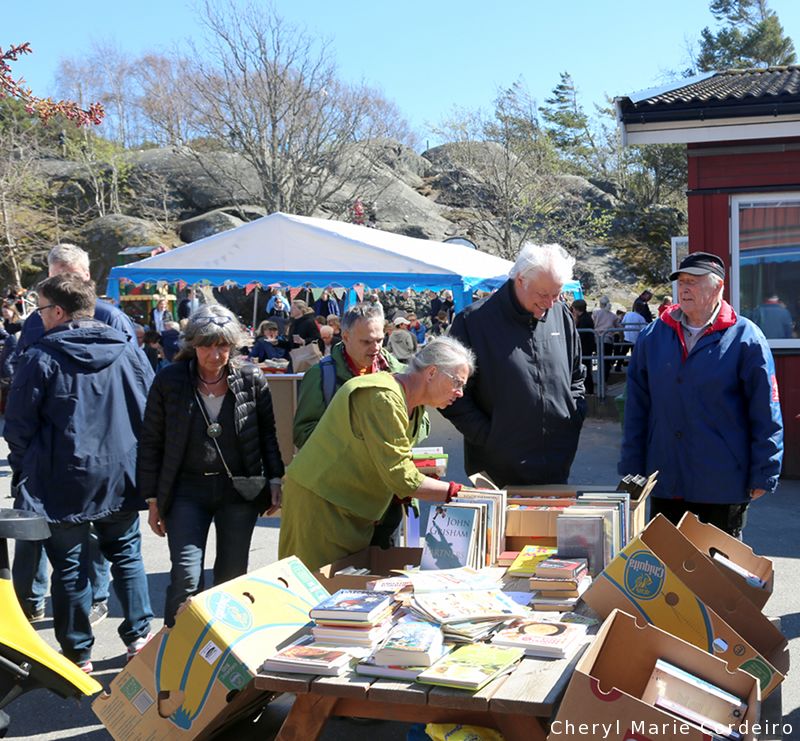 Flee market bargain hunting. Both sad and a blessing that you can now have printed books for next to nothing.
I haven’t decided yet if I should be sad about this or just dig in and carry home the loot… 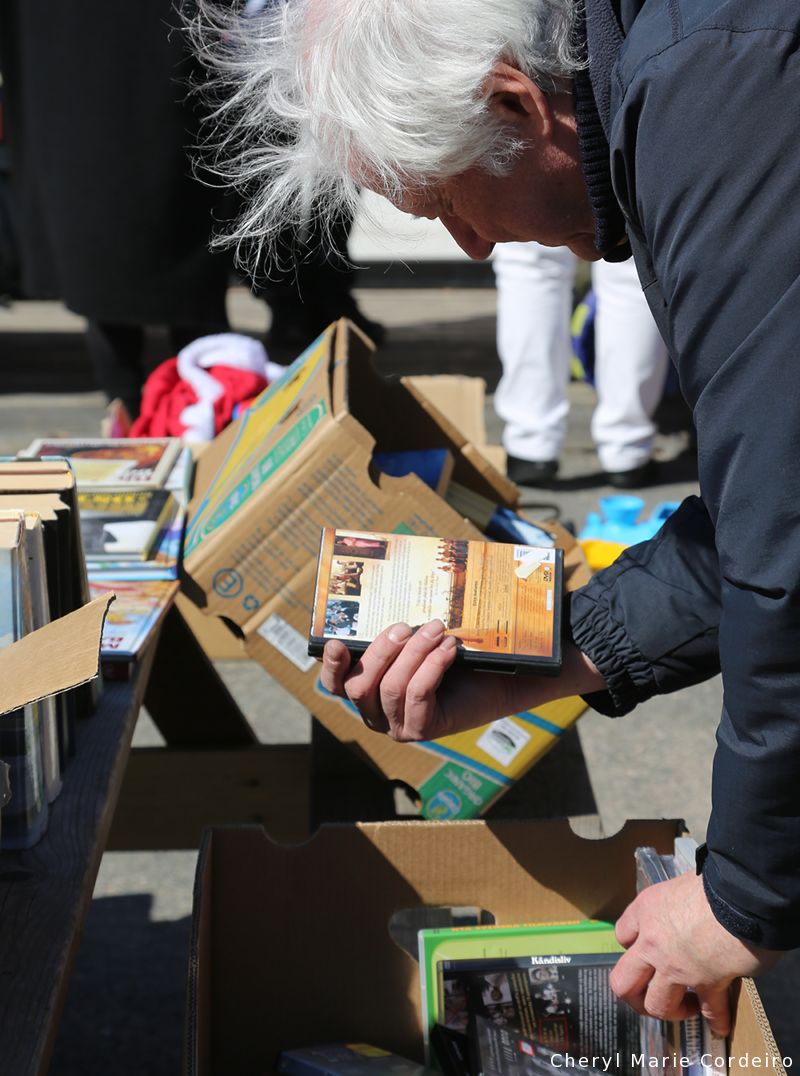 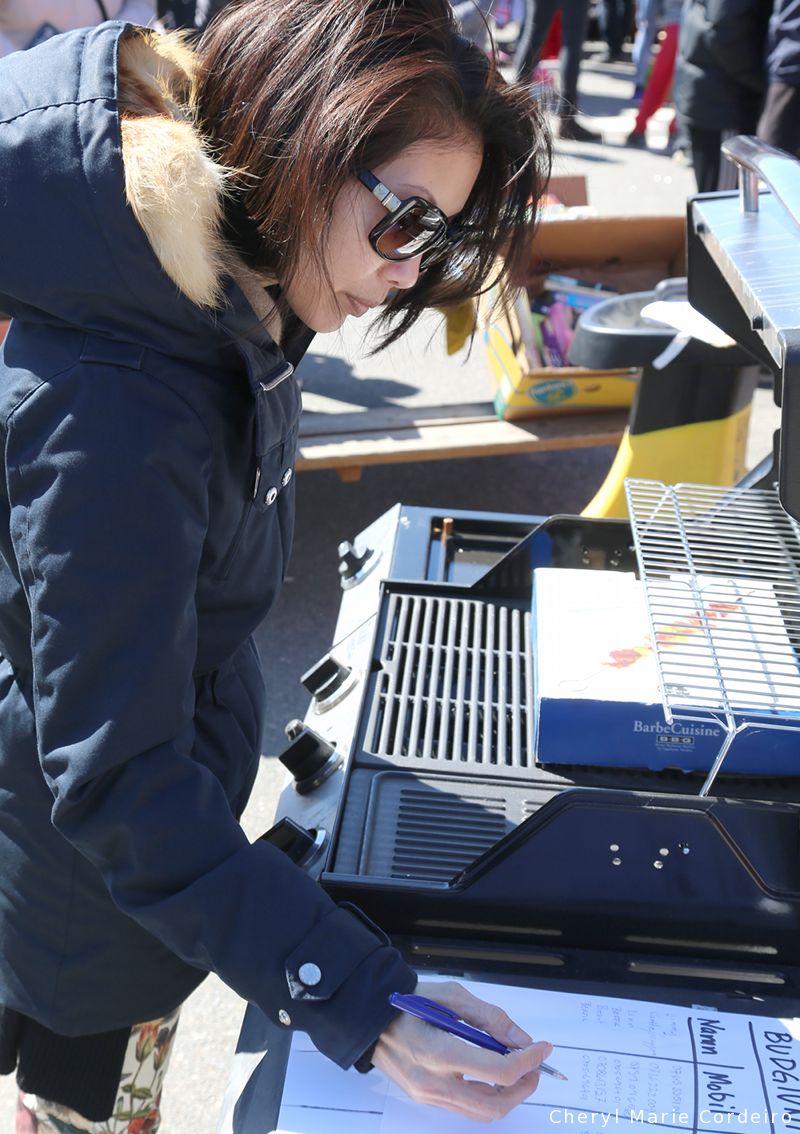 – That’s a monstrosity of a barbecue grill! Who would want such a thing in their garden? – Who wouldn’t?
At this time the highest bid was about $50 USD. I certainly hope they got much more for it at the end of the day. Imagine how quick you could become the happy owner of something you didn’t knew existed just a few minutes earlier. Flee markets are plain dangerous. In that sense, books are much safer. 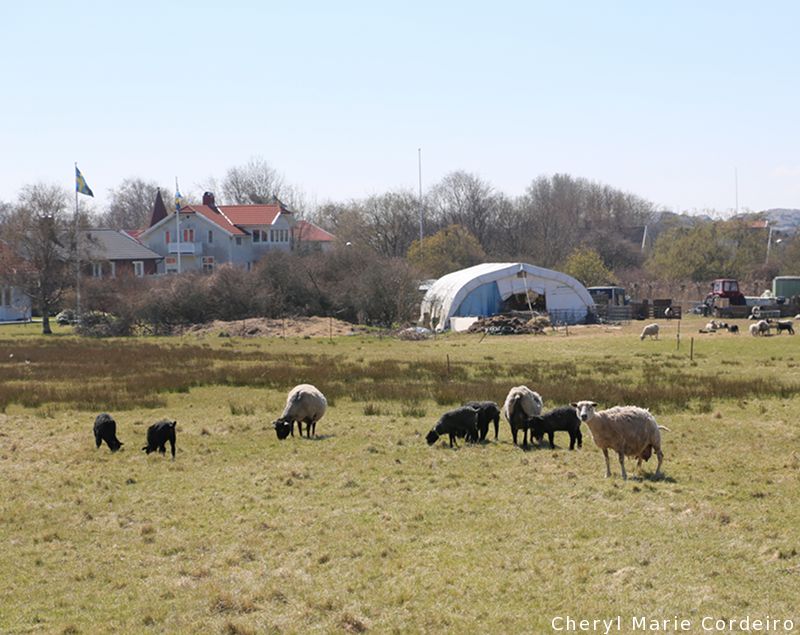 Not too far from the funfair grounds is this sheep farm, the quiet of which is punctuated with the occasional bleats of the tiniest of bouncing balls of black, tight ringlet wool. The sweetest. This one took the time to come say hello to us. Pretending not to be curious this soon to be mother of a lamb, nibbled its way towards us on the sparse fresh grass strands. 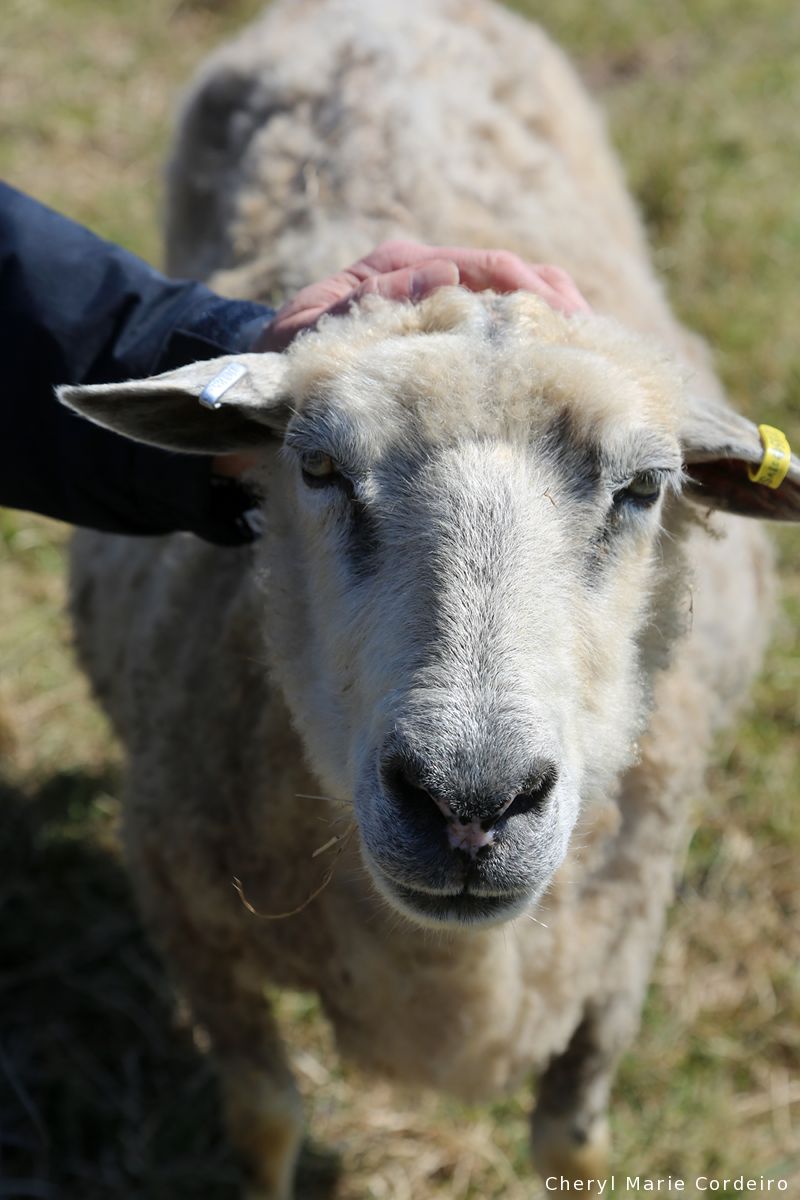 We had an instant connect with her. So amazingly alive and so closely related to us humans. 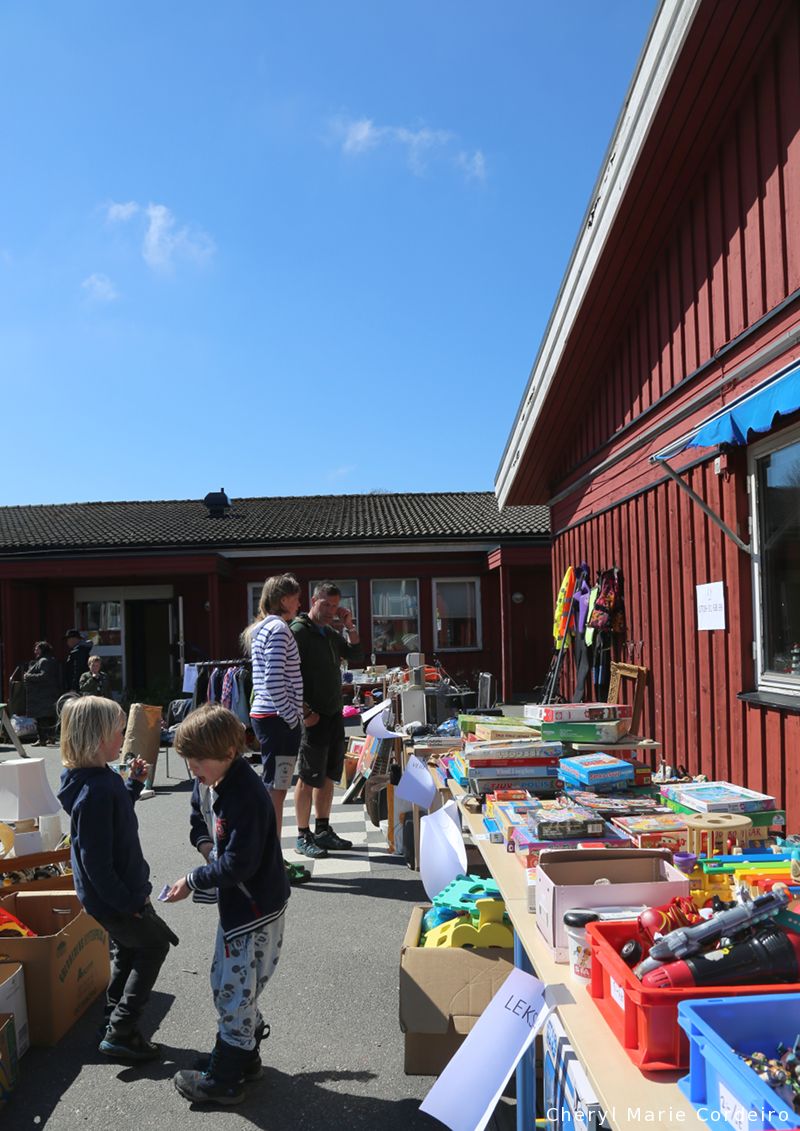 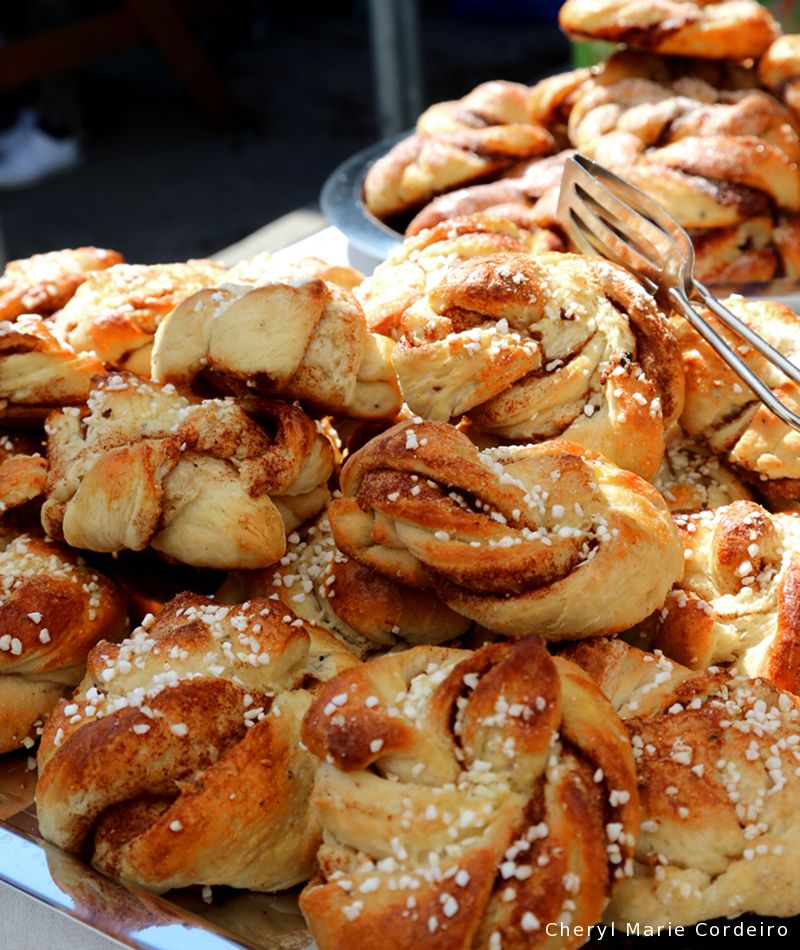 Located center of the funfair grounds, a café tent pitched and ready for guests with traditional Swedish fika items such as these cinnamon knots.