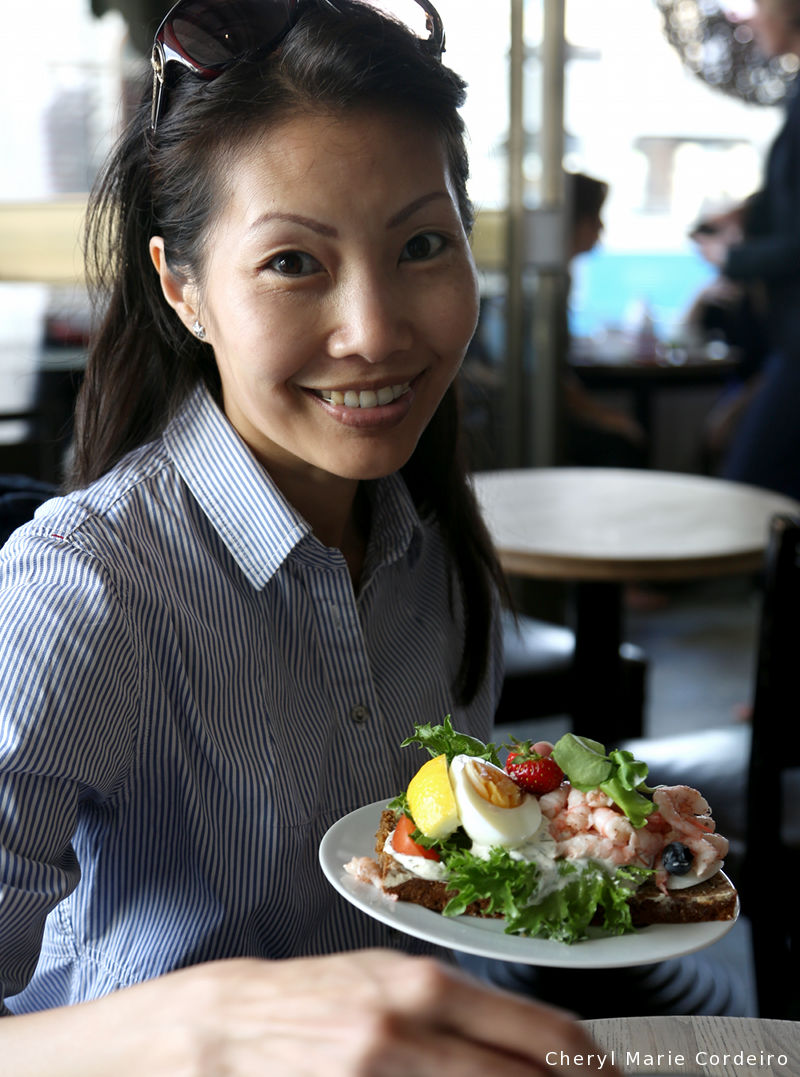 It might have been as early as 2003 or 2004 during my first years living in Sweden, that I visited Brogyllen. Brogyllen konditori is a bakery-café located at the southwest corner of Hamngatan in the city of Gothenburg. The café opened early, at half past seven in the morning, and my doctoral studies courses usually began at nine. This gave me ample time to sit, have coffee with a Swedish kladdkaka, a sweet, sticky chocolate fudgecake served with whipped cream on top, and watch the trams go by. In a routine sitting, I could almost tell the time by the tram number that went past. From the time I sat down, by three tram no. 2s gone by, it would be about time to leave for university campus grounds.

What continues to attract me to this bakery-café more than a decade after I first stepped in through its doors is its generous display of wholesome baked breads and sweet confections. Sandwiches are another staple at this café, some are presented on the shelves with a pretty string tied around the baguette slices that helps keep the sandwich fillings neatly between the breads. Other attention to details at Brogyllen konditori is the row of iced water dispensers located towards the back of the café. Visitors can choose from the various water dispensers, each filled with a different herb (mint), fruit (lemon) and vegetable (cucumber). A small buffet spread of Swedish knäckerbröd (crispbread), butter and honey can also be found towards the back of the café where the cashier stands.

A Swedish westcoast signature that could be said to be defining of the Gothenburg café culture, is the shrimp tartine. Served only in slight variations across the city, the shrimp tartine is attractive not only for its burst of colour of peeled shrimp served with cucumber and lemon on a bread platter, but often times for the generous spillover of shrimp unto the serving plate itself. What caught my eye on this occasion visit to Brogyllen is the red of strawberry and deep purple hue of blueberries next to the shrimp. This visual combination brought an unrestrained smile from me, knowing that it is for this reason, the creativity, the innovation and the new ideas met almost every other day that makes it difficult to mentally tire of a city such as Gothenburg. That, and good coffee served at Brogyllen’s, and most anywhere around the city. 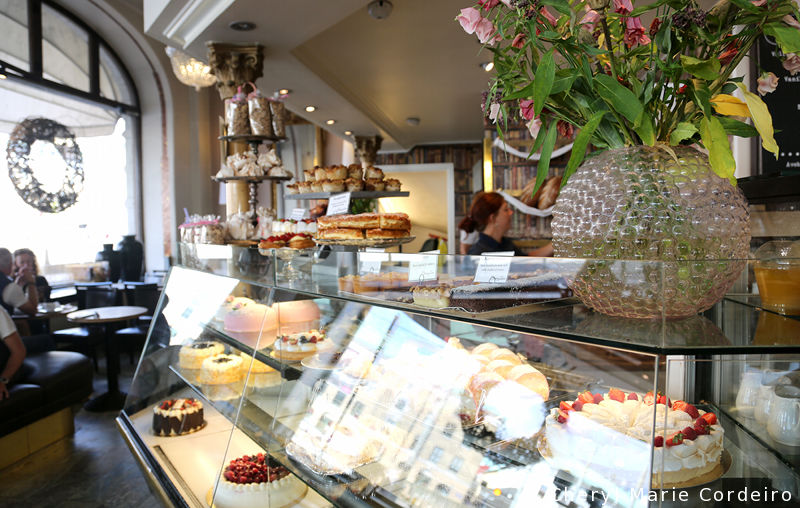 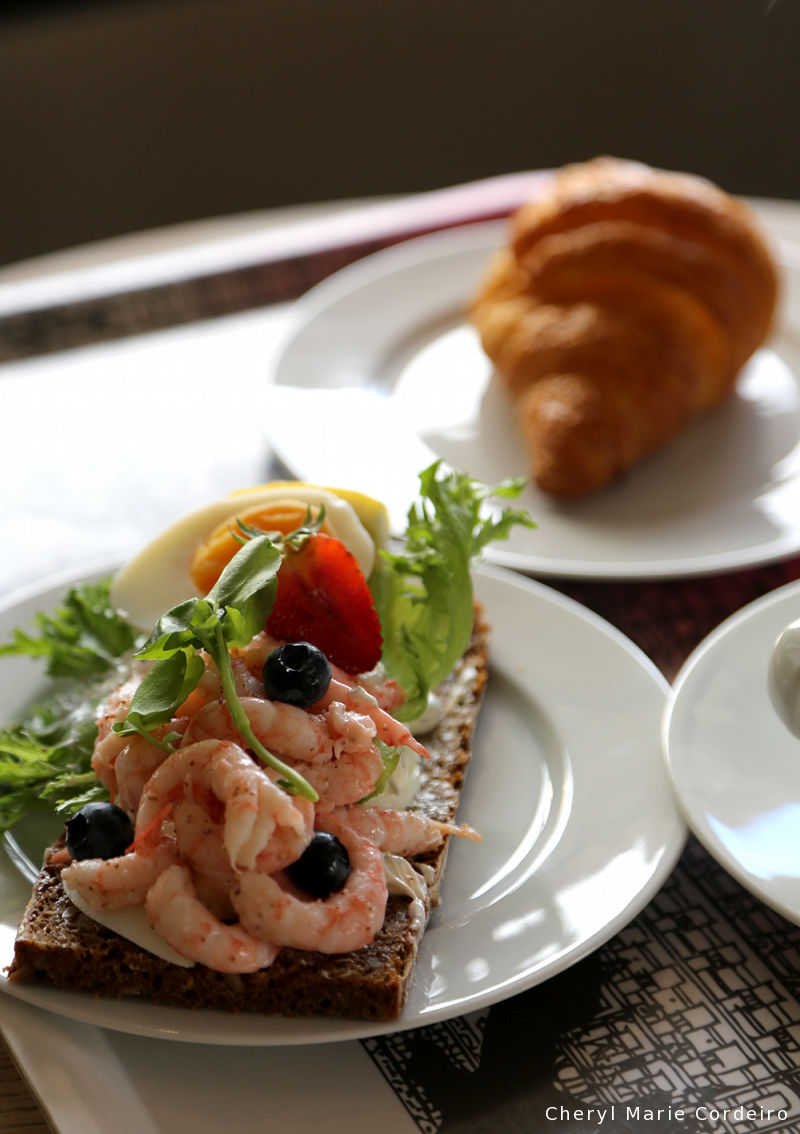 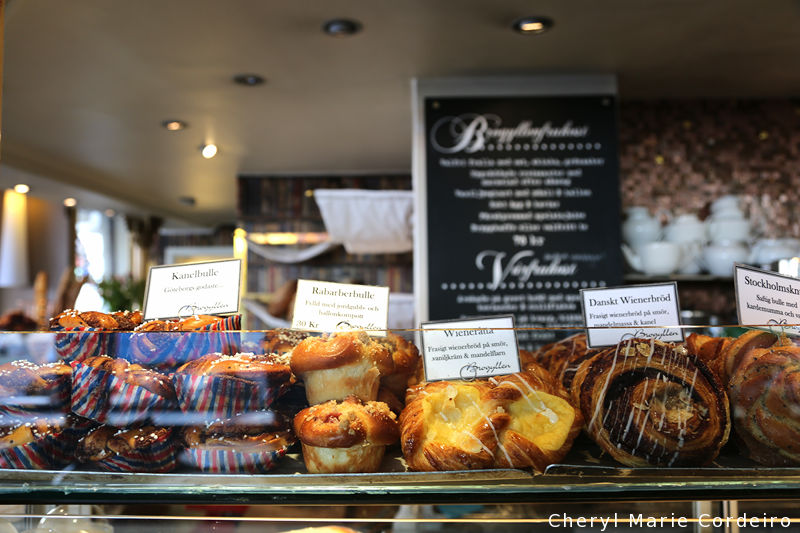 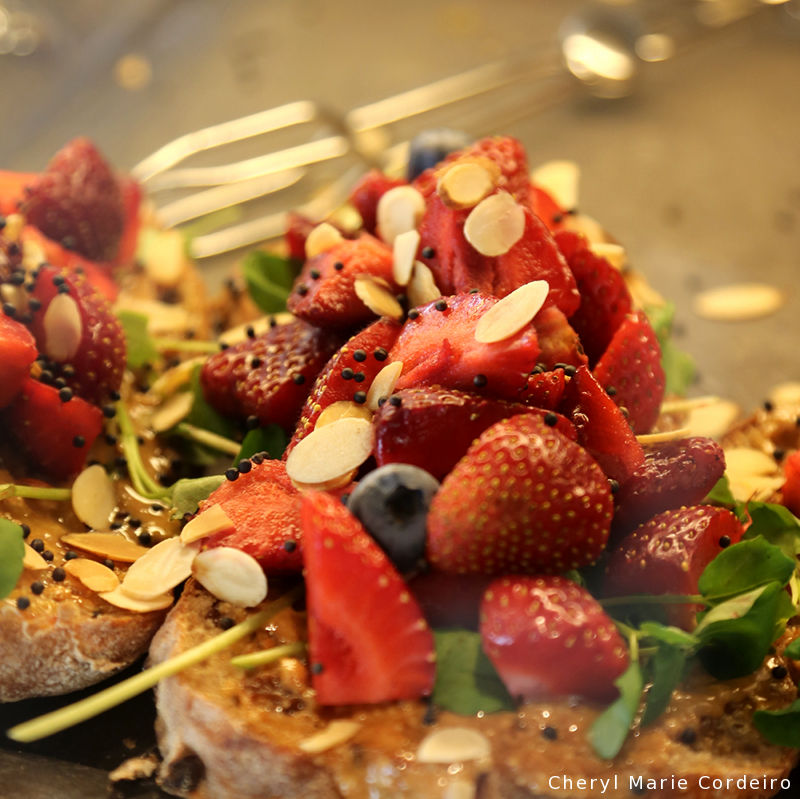