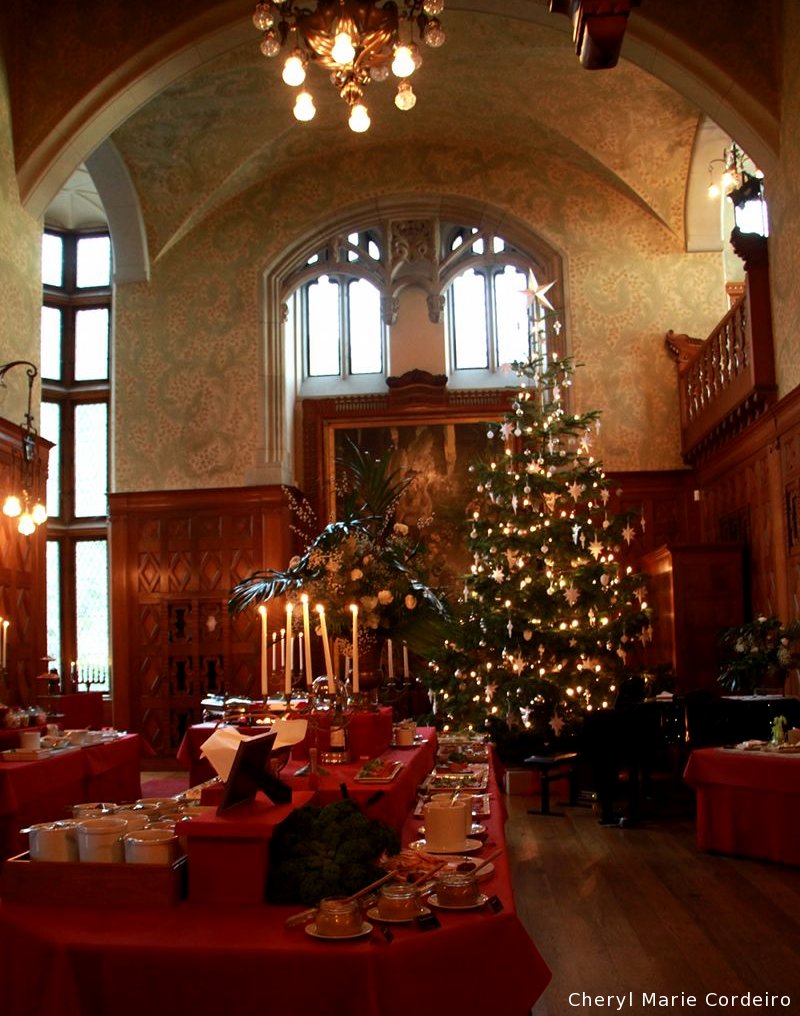 Our first julbord sitting at Tjolöholm Slott was in 2014. Tjolöholm Slott usually has two julbord sittings per day during julbord season. Although most pictures from 2014 indicate a clear silver-grey horizon from the garden out back of the castle grounds facing the sea, I think this year’s dining was distinctly selected for the lunch hour. This lunch hour sitting offered us a view of the castle grounds by daylight. Different to previous Christmas sittings, most notable this year was the opening of the basement as closet for guests, and glögg served at the respective tables of the guests. This shift of welcome glögg from common area to individual tables opened up the possibility for guests to move around the hall and dining areas in their own space and time, unstressed by crowd following procedures that usually accompanies julbord sittings as a means to facilitate crowd control experienced at other dining places. Variations in the annual Christmas decorations include the decorated tree in what was formerly designated as closet space. Activities to the event ran more smoothly this year, with the usual impeccable hospitality from the services team, and a more streamlined visualisation of the presentation of the julbord that gave plenty of room for guests to take their time exploring the julbord’s offerings.

One of the main challenges for a setting up of a Swedish Christmas buffet table is the fine balance between tradition and culinary innovation. To that end, compliments are due to the Chef de Cuisine at Tjolöholm Slott and their services team. Traditional dishes on the table were given slight tweeks in flavours, emphasising the luxury of the holiday season. The dessert table for example, had a congruent theme of Christmas spices of cinnamon, star anise, bitter orange peel and glögg in most sweet conconctions, the underlying thought of which was inclusiveness and confluence of taste.

From beginning to end of the julbord event, we were met with warm hospitality and service by the Tjolöholm team. It was more than interesting to witness, the evolution of the julbord experiences and increased customization of services, the smallest moves of which contributed much to the feeling of exclusivity in the julbord dining as festive event. The dining event was if in symphony with nature. It began to snow in the middle of our julbord sitting. The falling snow was soft and light, blanketting the castle grounds. The snowfall stopped just as we finished our meal and the indoor castle tour. The parting scene at Tjolöholms Slott could only be described as a white Christmas in resplendence. 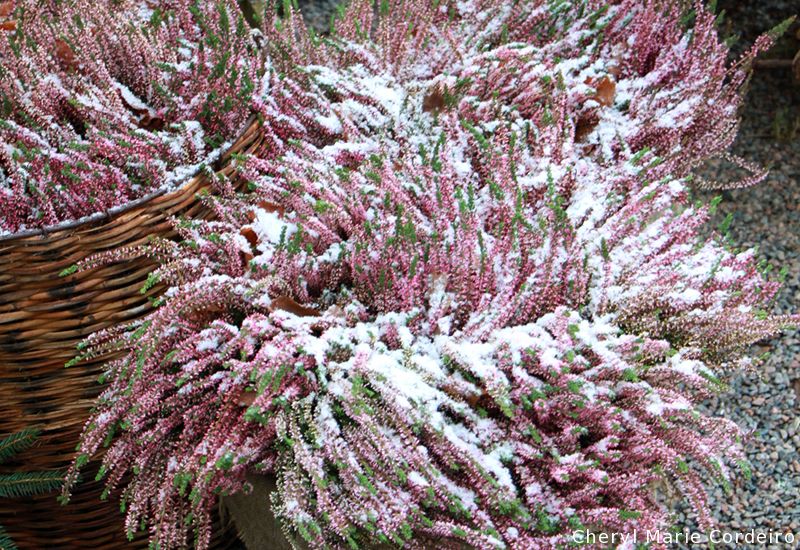 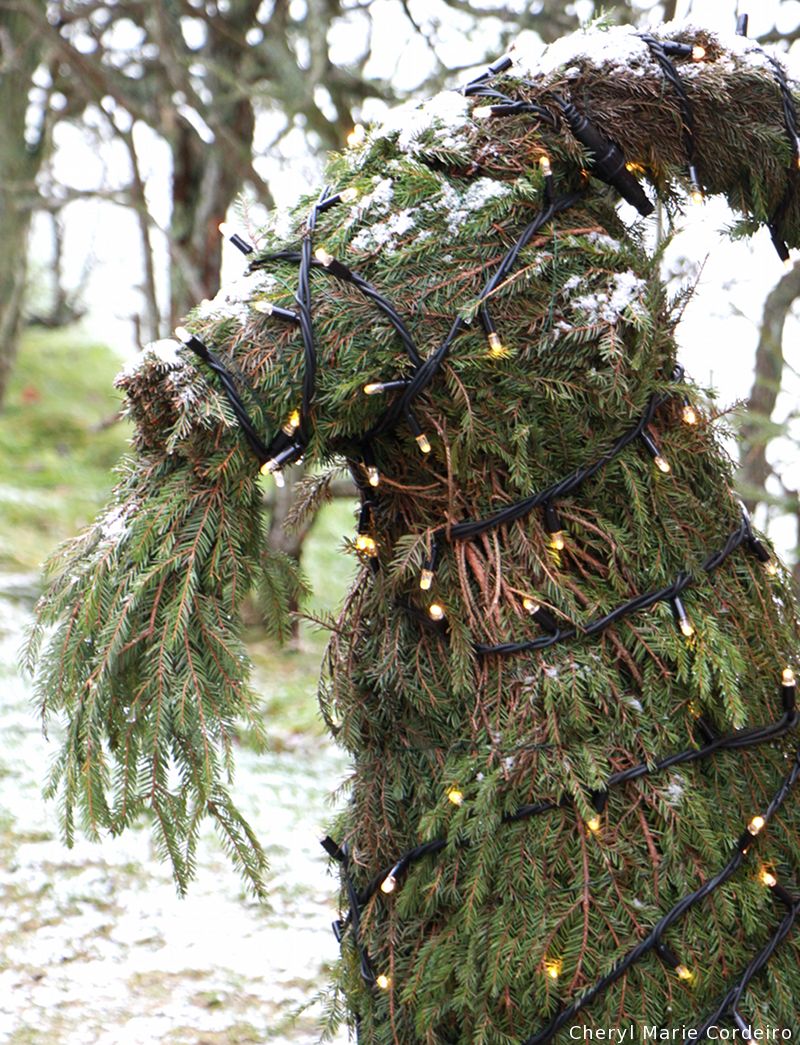 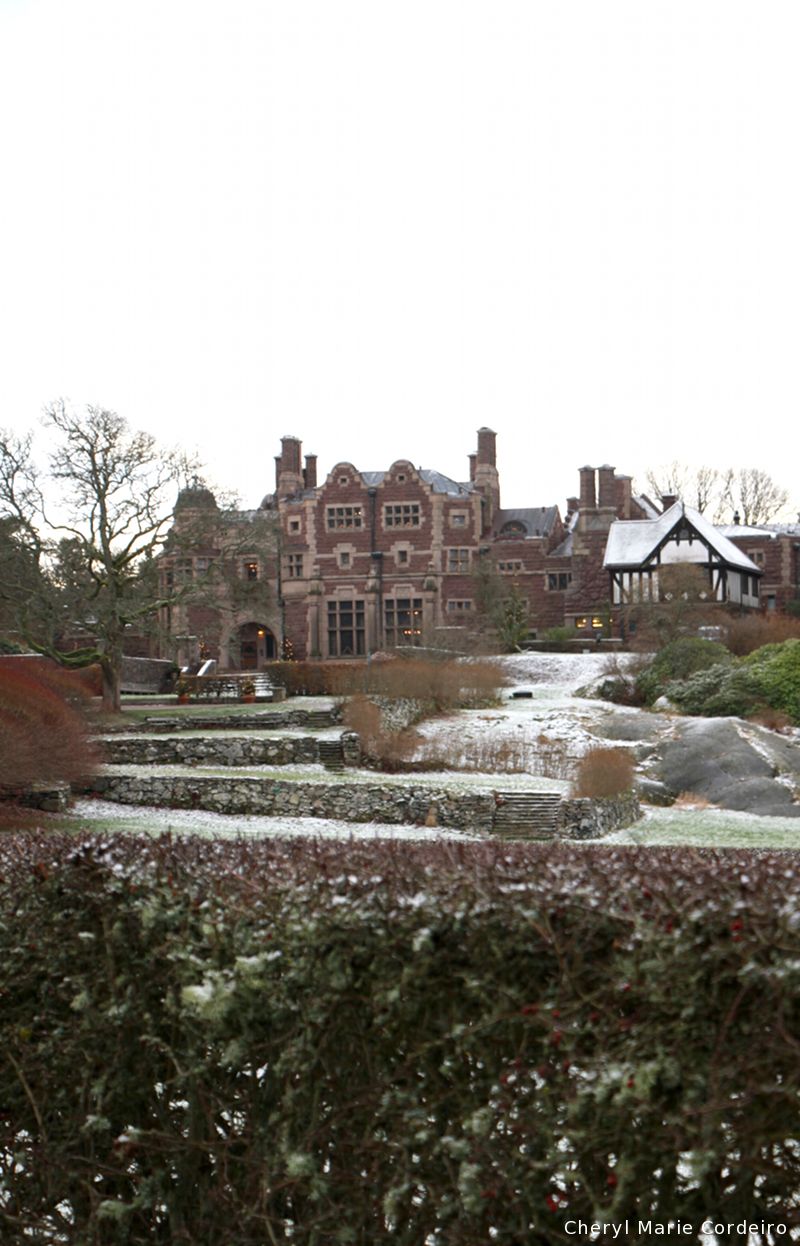 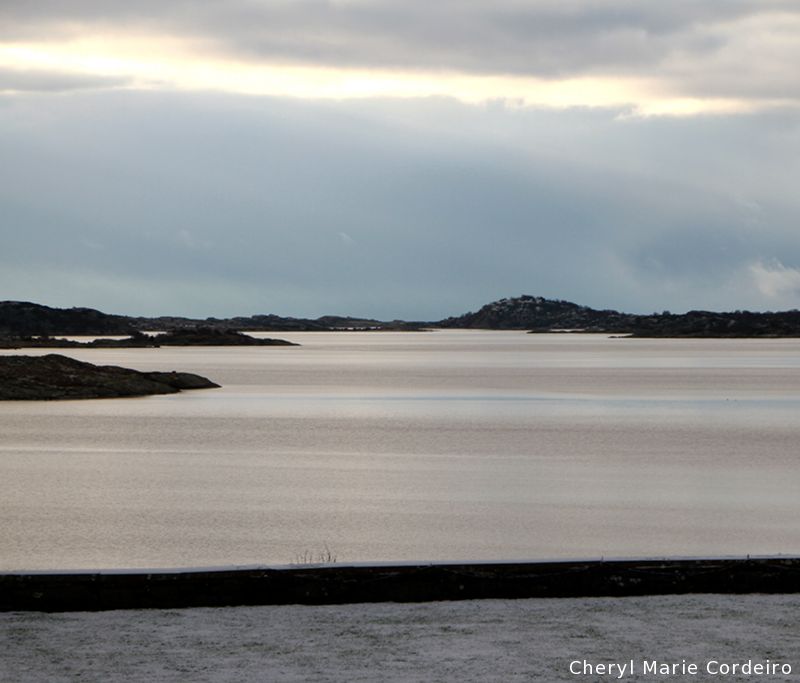 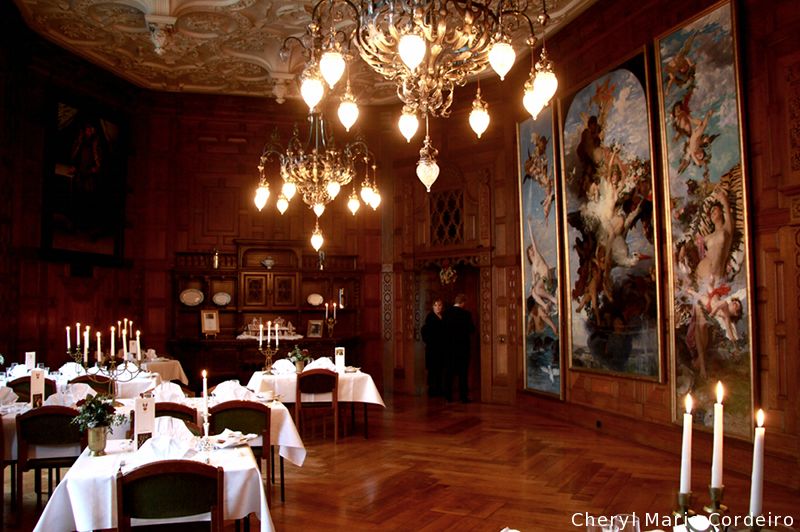 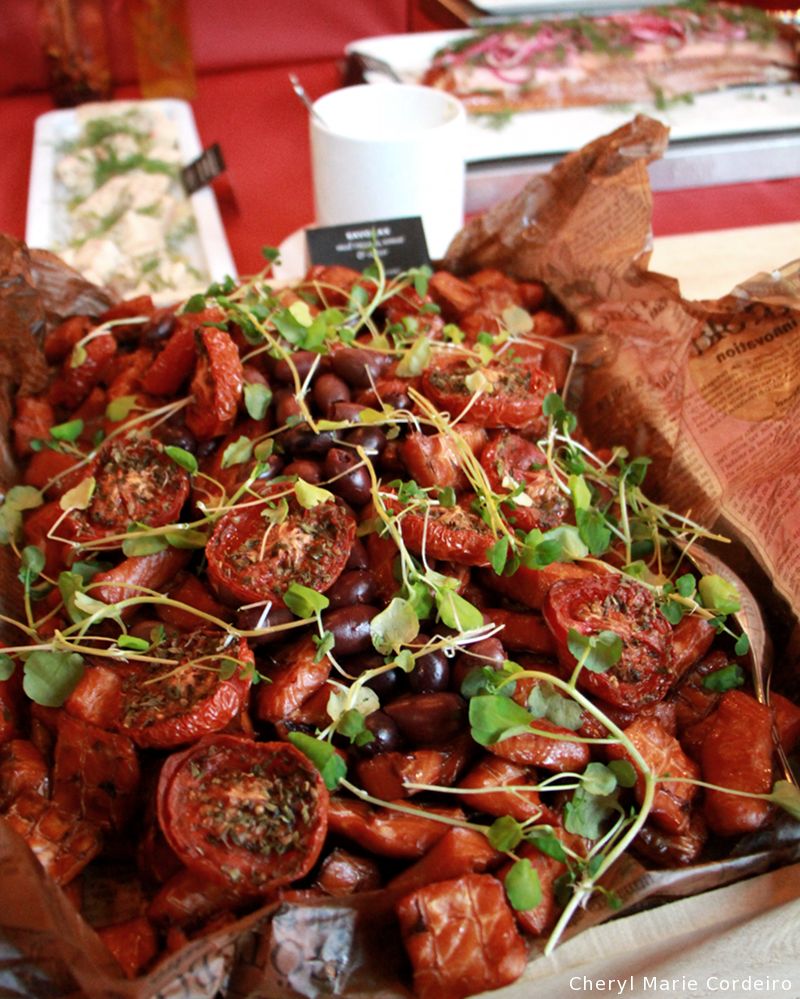 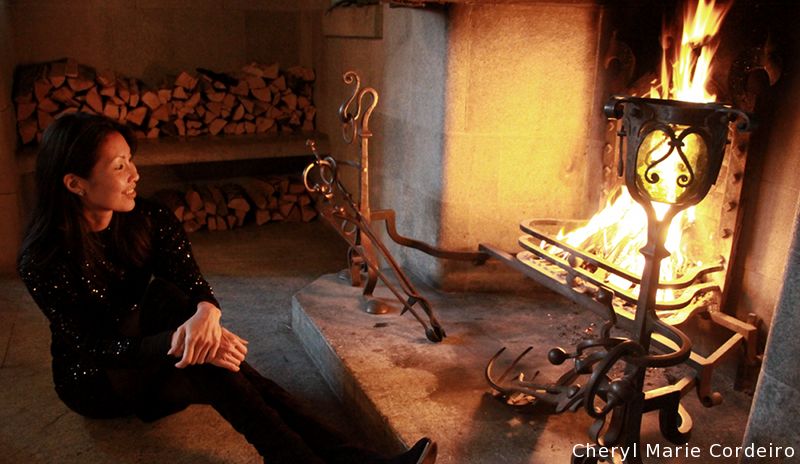 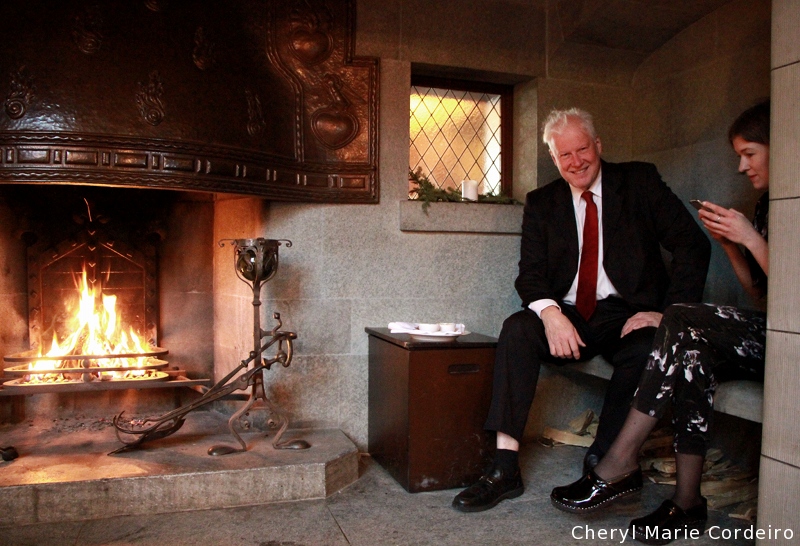 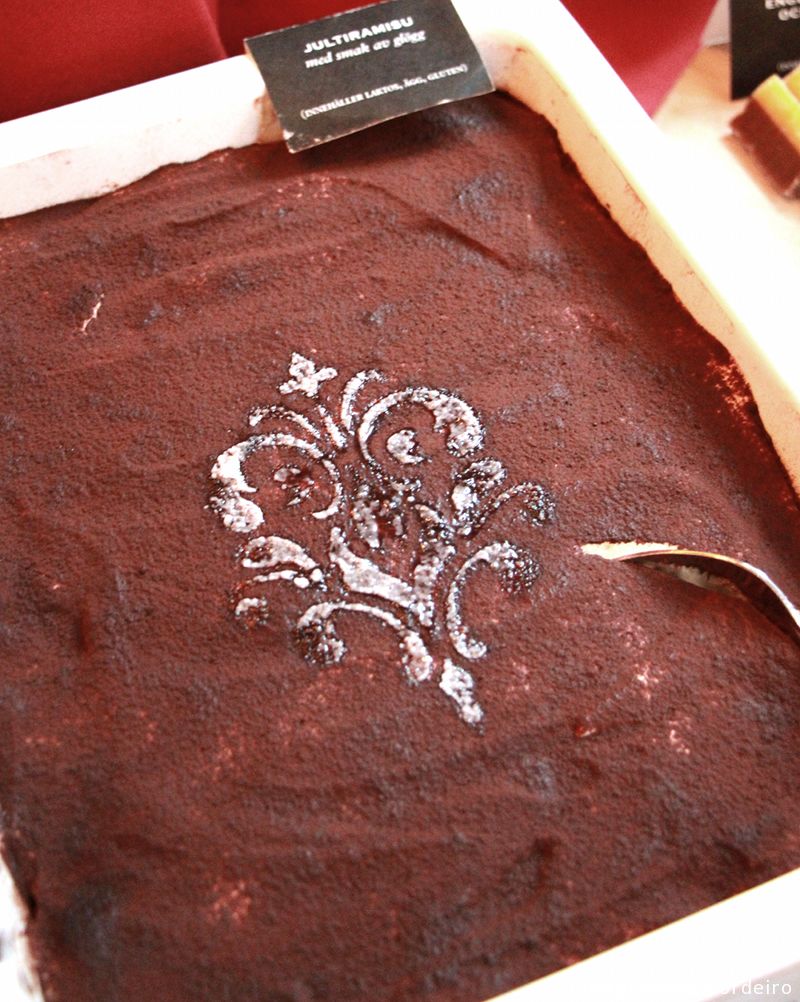 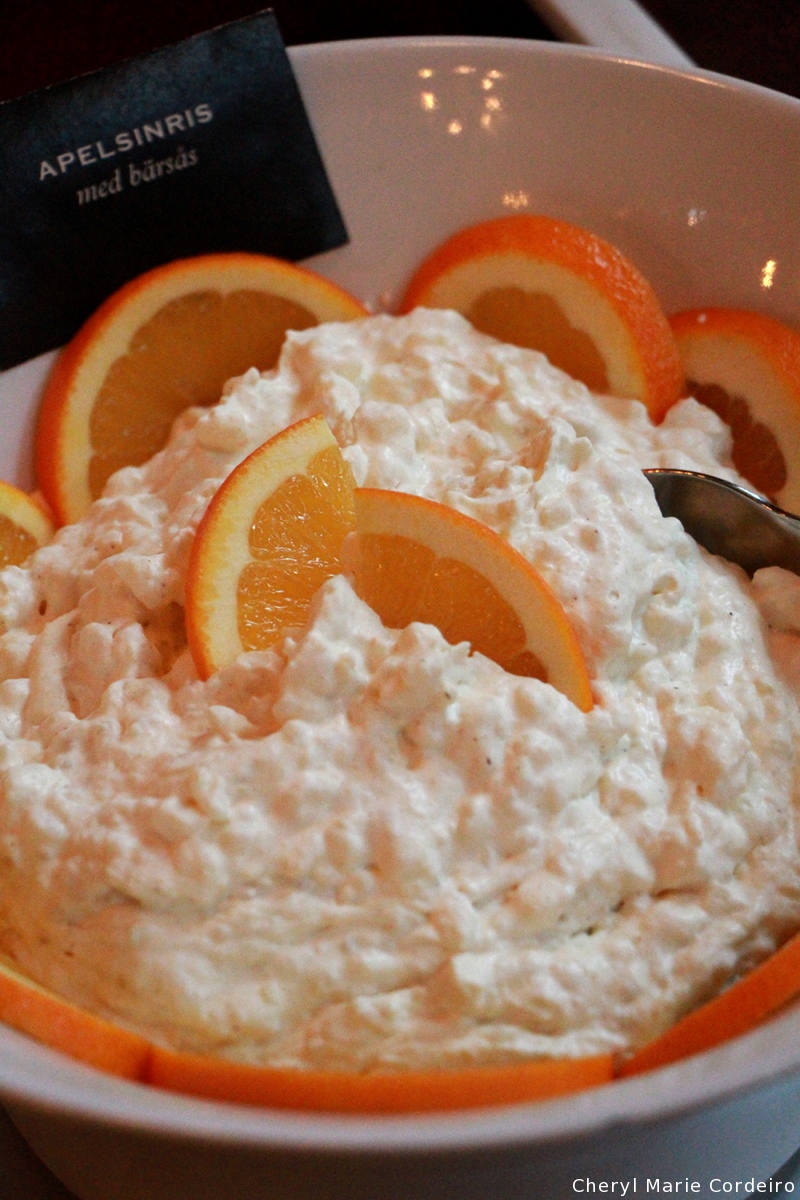