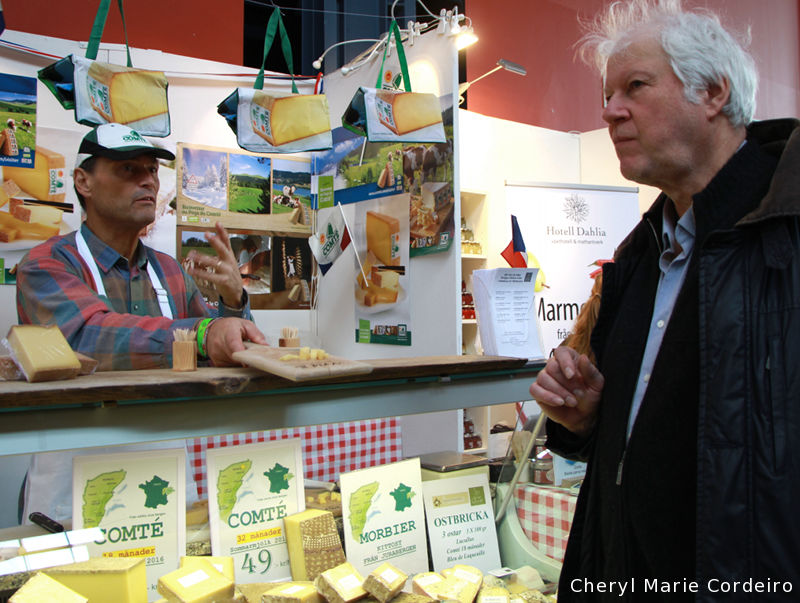 The focus this year for Jacques Six of France Fromage [2,3] at Gothenburg’s annual foodfair is Comté, a French cheese made from unpastuerized cow’s milk in Franche-Comté. As a cheese, Comté can be said to closely resemble the Swiss Gruyère much due to that the regions are close, with Franche-Comté bordering Switzerland. Comté or Gruyère de Comté has the highest production of all French AOC (appellation d’origine contrôlée )cheeses. In 2016, 5193 tons of Comté cheese were exported directly by companies in the sector [1].

Comté’s uniqueness comes from several properties, not least in that only two cow breeds, the Montbéliarde and French Simmental cows are the only breeds authorized to produce the milk for Comté. The cheese matures in cells from between 4 months to 3 years. Characterized by its complex aromas and flavours, Jacques Six of France Fromage had three types of Comté at this food fair for trying, pegged at 8 months, 18 months and 32 months. The cheese, that picks up its micro-regional characteristics in texture and flavour, can range from flowery and fruity, to spicy. 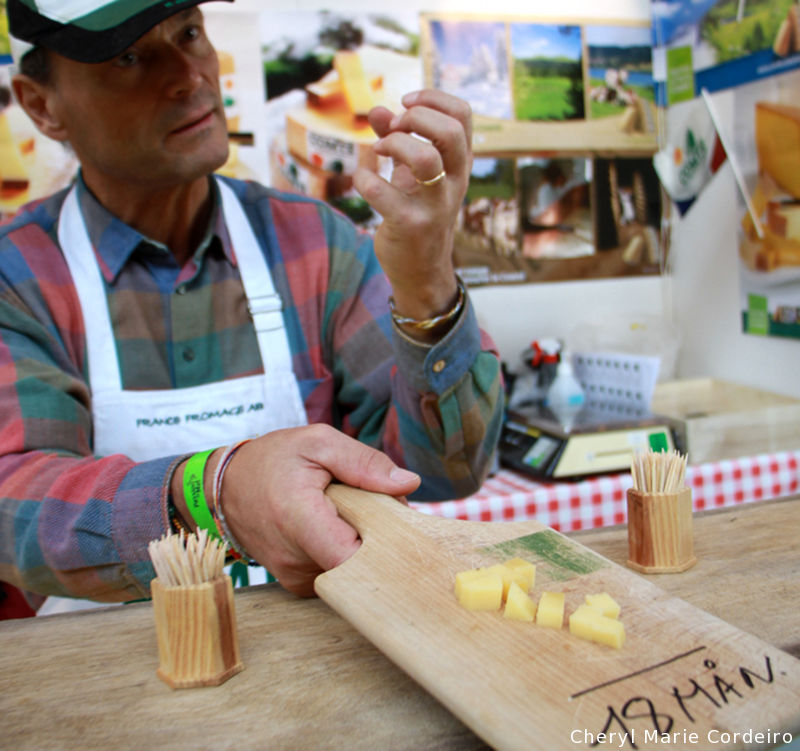 Jacques Six, explaining the different flavours and aromas of one of France’s most popular AOC cheese exports, Comté cheese. Here, he has out for sample tasting, Comté cheese at 18 months. 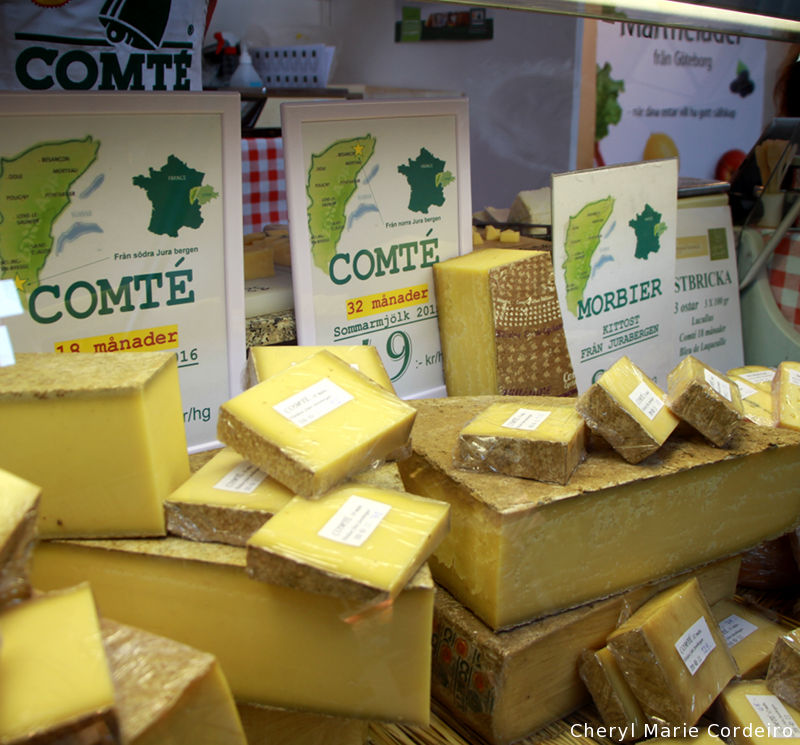 The deeper yellow of the cheese indicates that it was made during spring/summer, when the cows have more carotene access in their diet.