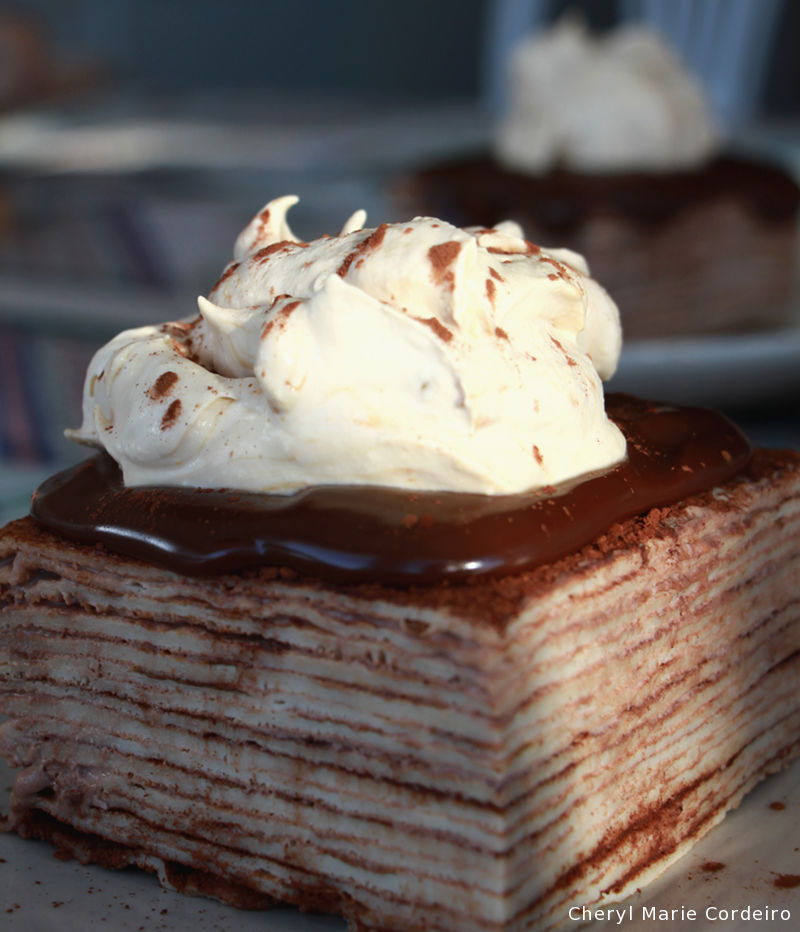 It looks pretty, the gâteau mille crêpe. So I thought I’d have a go at making one myself. I think I was at a corner near the Cathédrale Notre-Dame in Paris when I came across a bakery-café that was serving the most aromatic and gorgeous looking filled crêpes, the type that you can always find room in your stomach for no matter the time of day. In Paris, if the bakery-café had the ingredient, you could most likely have it on the crêpe as filling, from fresh strawberries to strawberry jam, whipped cream to nutella and banana. Looking for recipes online, I could see that most recipes would recommend to have the crêpe made with as little fat as possible on the pan itself in order to give a pale golden hue to the stack. But the ones I made were done in Swedish pannkaka style, with plenty butter in the pan so you get caramelized frilled edges to each crêpe. The difference? The mille crêpe I made is more, …Swedish?

I came home to this mille crêpe project yesterday evening after a long though fun day at a Riksbanken Jubileumsfond (RJ) Flexit workshop in Stockholm. Flexit scholars meet twice a year to exchange experiences, insights and ideas with each other. I think the most valuable takeaway in attending the Flexit meetings is exactly to have the opportunity to exchange perspectives and experiences with scholars from a different humanities background, who are attached in their Flexit work to different organizations.

After several years of Flexit conferencing in Stockholm, yesterday’s navigation of Stockholm’s central city became suddenly easier. I did something I had previously not done, I followed the road signs, finding my way to the workshop venue, having time over for viewing a few vintage clothing boutiques.

Coming back to Gothenburg, I had looked forward to completing my mille crêpe project that I started the day before, much out of curiosity to see what it would look like as a finished product, as well as what it would taste like made primarily with coconut milk, coffee and Baileys. The recipe I used is one that is modified from the tiramisu mille crêpe at Tatyana’s Everyday Food (tatyanaseverydayfood.com):

With the mille crêpe creamed, stacked and ganached, I sat down to try a slice. The confection in itself photographs beautifully. The idea of Baileys laced, sweetened and cocoa dusted crêpes appeals highly to the senses. I took a bite.

Well. If you’re not a fan of crêpes to begin with, and I remember passing on ordering a filled crêpe just around the corner of Cathédrale Notre-Dame in Paris on an empty stomach, then no matter what form it is served, you’ll probably not be too impressed. This cake is dense. A mille crêpe lover (or in this case Baileys lover) would describe it as richly decadent. But, it fills you up, quick. You eat, a stack of pannkakor, with cream filling in-between. A side cup of strong black coffee might help with the digestion. But still, some things for non-fans are difficult to fall in love with.

The mille crêpe project in itself was fun. It took much more time than I expected, and if I ever wondered over a type of confection that could be automated in production possibly with a collaborative robot, this would be it. Would I do it again? Probably, either on a long winter’s evening or a long summer’s evening. But between this and a standard Swedish summer layered fruit cake, the summer cake project is more of an instant gratifier. 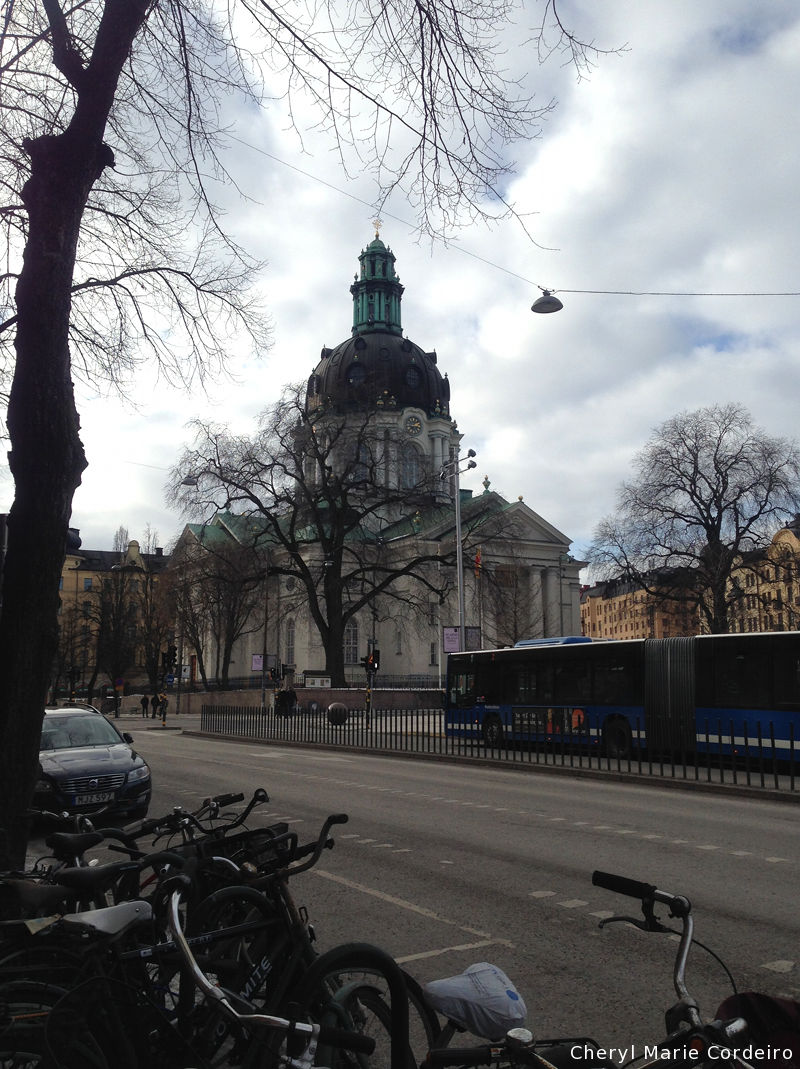 Gustaf Vasa kyrka. The construction of this church began in 1901 and it was inaugurated in 1906. 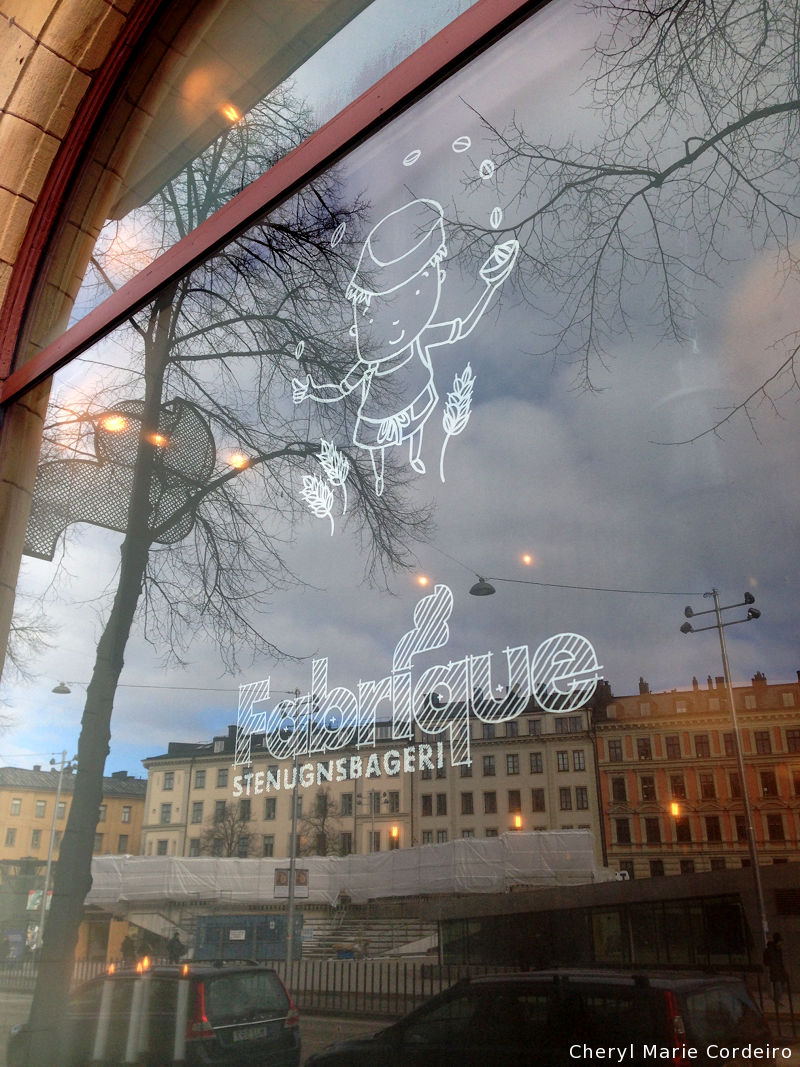 Fabrique Stenugnsbageri, along Odengatan, Stockholm. Reviewed as one of Vasastaden’s most popular bakery-cafés, they specialize in baking sourdough breads in stone ovens. The bakery-café offers other delicious confections, their in-house dining concept appeals to the raw and minimal. 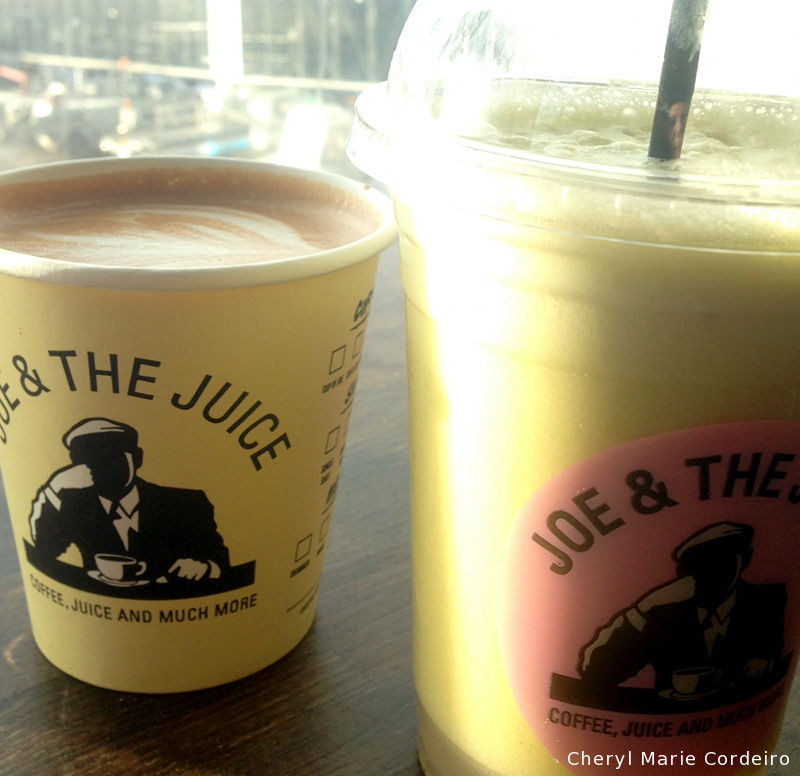 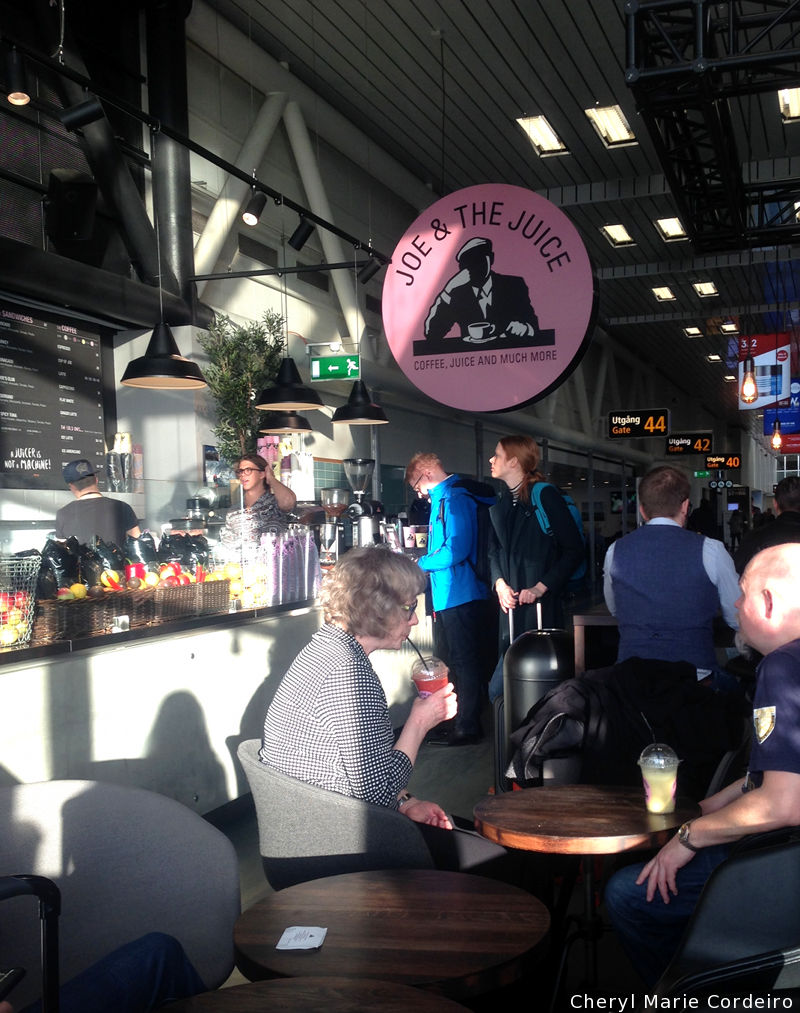 The travel crowd, at Joe & the Juice, Arlanda Airport, Stockholm.