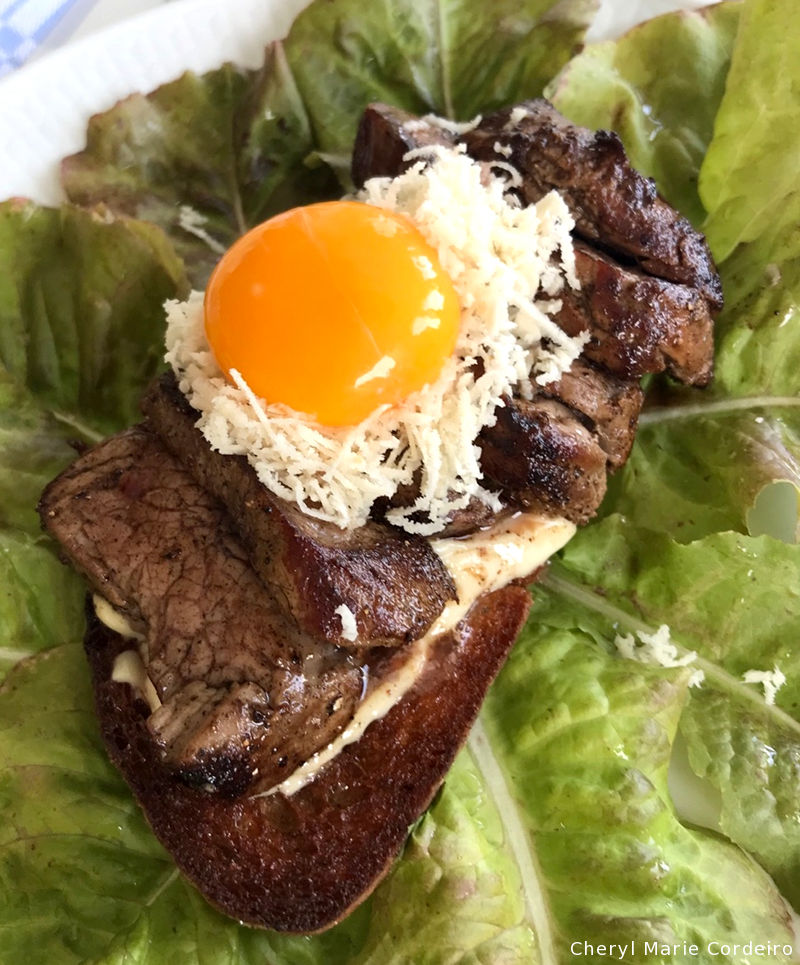 Somehow it is difficult not to use the word decadent when talking about a ‘bookmaker toast’. It could be made in a variety of ways, some more scrumptious than others. Some include fried bacon. Some include Sauce Bearnaise. I think that what you prefer varies depending on whether you’ll have it as a lunch, dinner, late night snack or, breakfast.

This summer along the west coast of Sweden came without warning, almost immediately following the winter cold, with the spring in-between being done and over with within a week. Now, a long drought with blasting sun week after week has limited what we managed to plant, as well as what bothered to grow in the garden. We did however, manage to harvest some lettuce from the garden that made a nice bed for the toast.

To create this bookmaker toast, we fried a generous slice of full grain sour dough bread in butter. As a bottom layer we spread a generous layer of mayonnaise creme, flavoured with a mix of Dijon and Swedish honey mustard on top of the butter fried toast. Neatly on top of this we placed about a quarter pound of sliced-up fillet Mignon, or, about 120 grams. Fry it in oil and hot butter, let it rest, slice it up, and give the pieces a super quick stir fry with some salt and black pepper. Very easy and perfect result.

To balance the fatty flavour from the mustard-mayo, build a nest of freshly grated horseradish on top of the meat, and carefully place an egg yolk in the nest.

Serve with a glass of chilled champagne if you like although, most would probably prefer a beer, or a hot cup of coffee.