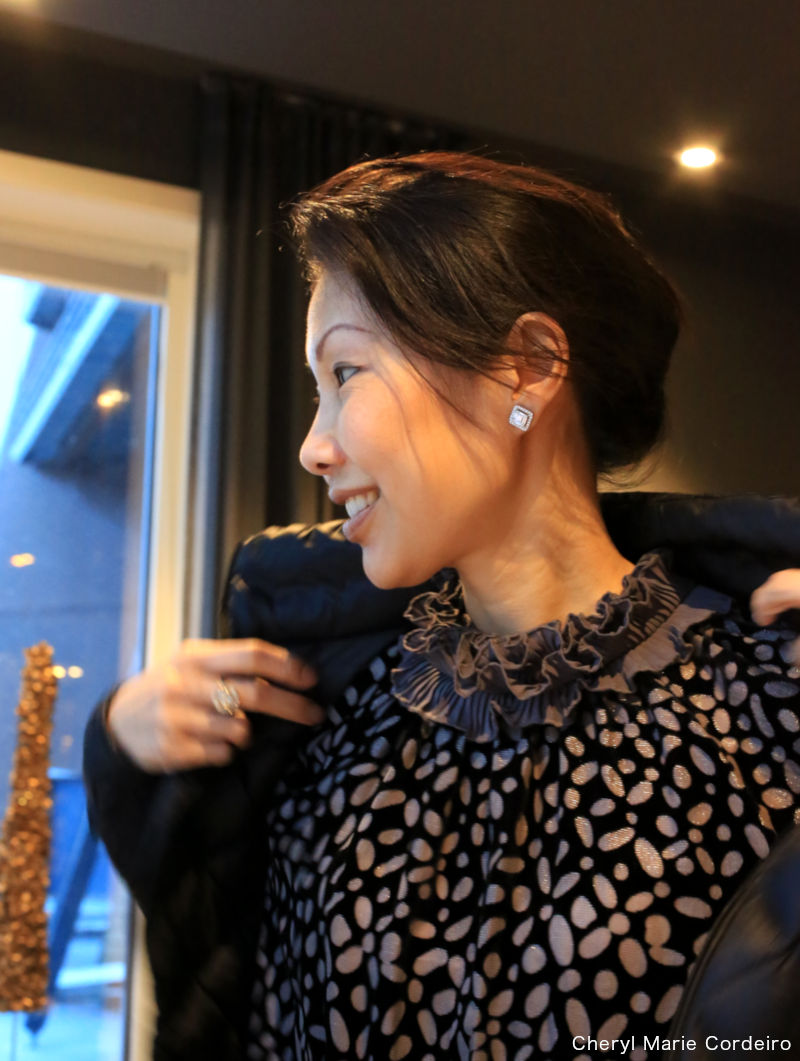 Eyes on the view of the harbour that is just outside our table by the window at ROAST Tromsø. We were there for a traditional North Norwegian Christmas table sitting. ROAST restaurant is located at Scandic Ishavshotel, at Fredrik Langes Gate 2.
Text & Photo © JE Nilsson & CM Cordeiro 2018

This would be my first jultide spent in Northern Norway. It was mentioned several times in the course of various conversations had that the long Norwegian coastline has given rise to slight variations of culinary traditions and Norwegian culture within the country. And I could expect it to be much different from the culinary traditions of the Christmas tables in Gothenburg, along the Swedish west coast. As such, I was curious about the Northern Norwegian julebord or Christmas table. How different is it from the Swedish west coast julbord?

As first observation, whilst julbord at restaurants in Sweden often refer to a Christmas buffet sitting that begins with a serving of warm mulled wine or glögg, the julebord at restaurants in Northern Norway can more often refer to a three or four course sit down lunch or dinner, sans an introductory gløgg. In that sense, the ROAST julebord at Scandic Ishavshotel would reflect more of the Swedish tradition of julbord sittings, with a full buffet spread from cold to warm dishes, a cheese (and cold meat cut) table and a sweet desserts table, finished with coffee/tea.

Even if Tromsø is a fast developing city in the Arctic Circle, for the moment it remains a certain luxury of space and time to yourself when dining out. Crowds tend to be small, even in high peak tourist seasons, which means that you can make as exploratory and languid as you like, this julebord experience. There is no rush. I had time to speak with the sous-chef de cuisine, asking about dishes I particularly favoured such as the slow caramelized apple compote with hints of cinnamon, cardamom and star anise at the cheese table.

A new food sensory experience for me was marinated Greenland halibut, an arctic fishes deep water fish species that is line caught, available mostly in Greenland and Northern Norway. Before arriving to Tromsø it seemed that almost everyone in my social circles had been to this city for both work and pleasure. Some shared that their favourite experiences of Tromsø were dining on salmon and line caught cod – freshest in the world! Well, Norway is the globe’s largest producer of salmon by slaughter per metric ton. It is also the globe’s largest fish and seafood exporter after China. Tromsø being a harbour city located in Troms, the place is ideally located to receive and distribute both salmon and cod to the EU and the rest of the globe. The proximity and access to the arctic oceans leave little doubt as to the high quality of fish and seafood products reaching the dining tables at Tromsø.

Texture and flavour of fish and seafood experienced at the ROAST Tromsø julebord is markedly different from all past experiences I’ve had with eating fish and seafood. This, I say after growing up in Singapore where fish and seafood are island staples to some Singapore culinary signatures such as Chilli/Black Pepper Crabs, Curry Fish Head and Laksa (served with cockles), and after living sixteen years along Sweden’s west coast, renowned for excellent fish and seafood products of their own. The sensory experience of eating fish in Tromsø is as if tasting a Mediterranean sun-ripened tomato at a wet market in Tuscany, Italy. There are no other sun-ripened tomatoes on the globe after that experience, as there are no other fish of quality to be had more after piscatorial dining in Tromsø.

There are many culinary reflections between the west coast of Sweden and Northern Norway from lutefisk (baked in Northern Norway and broiled, served in a melted butter sauce and peas in the west coast of Sweden), gravad lax (marinated salmon, in variations) to Ris à la Malta (single surprise almond included). Unique in this julebord is as noted, the piscatorial sensory experiences. And, more preciously, the time the sous-chef de cuisine spent in explaining his craft and ideas that went behind the julebord at ROAST Tromsø. Everything was perfect. 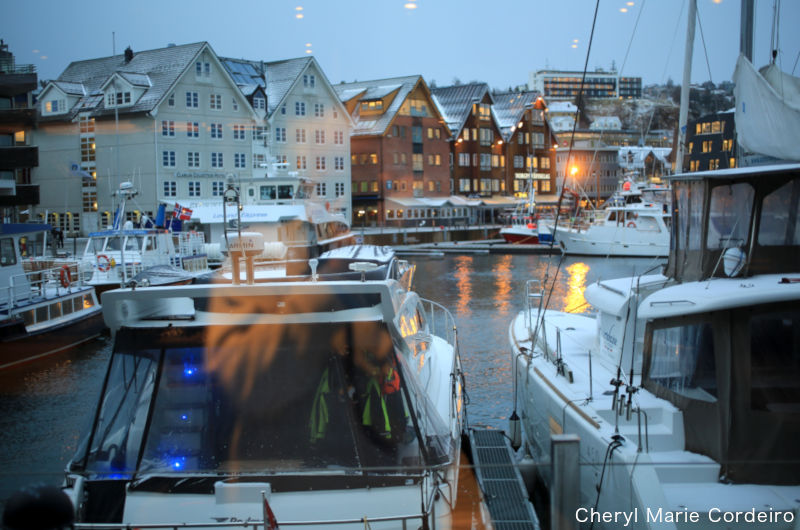 Located at one corner Tromsø charter and fish harbour front, ROAST at Scandic Ishavshotel seems to have an all round view of the ocean for dining guests. 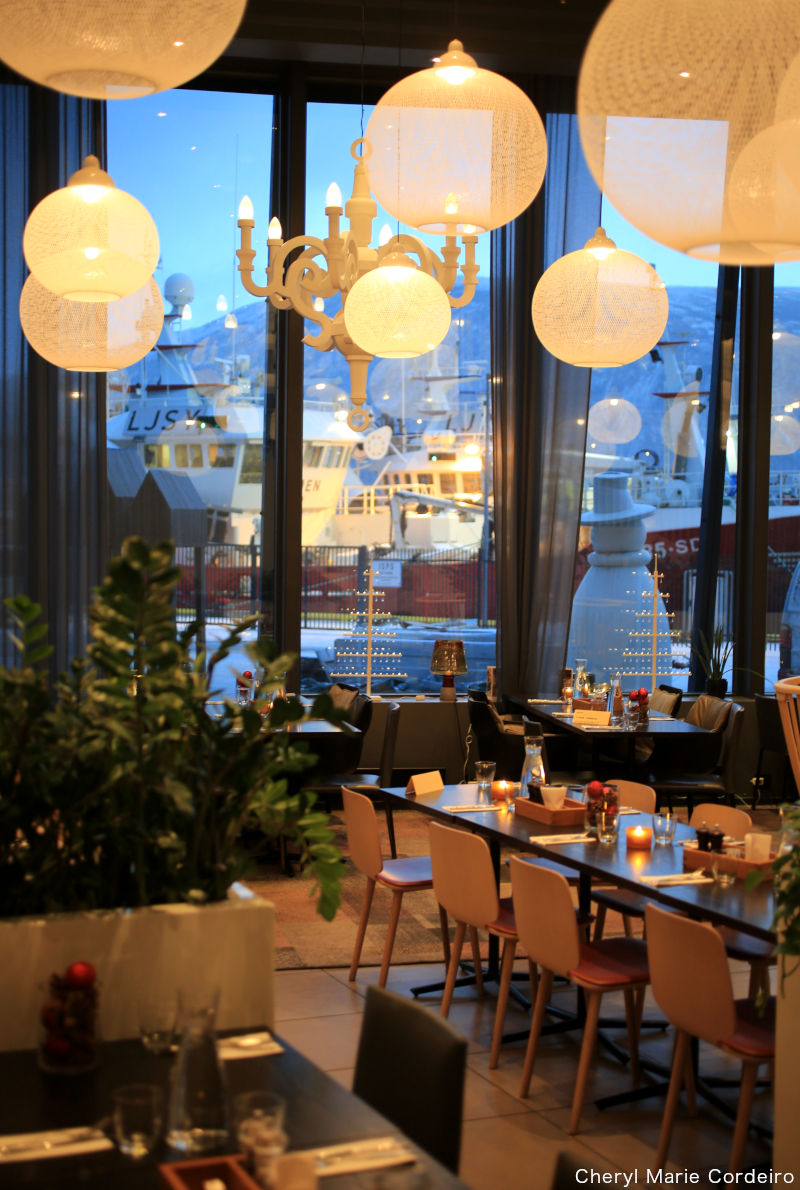 A view of the main dining hall that accommodates larger groups of diners. Perfect for conference events. 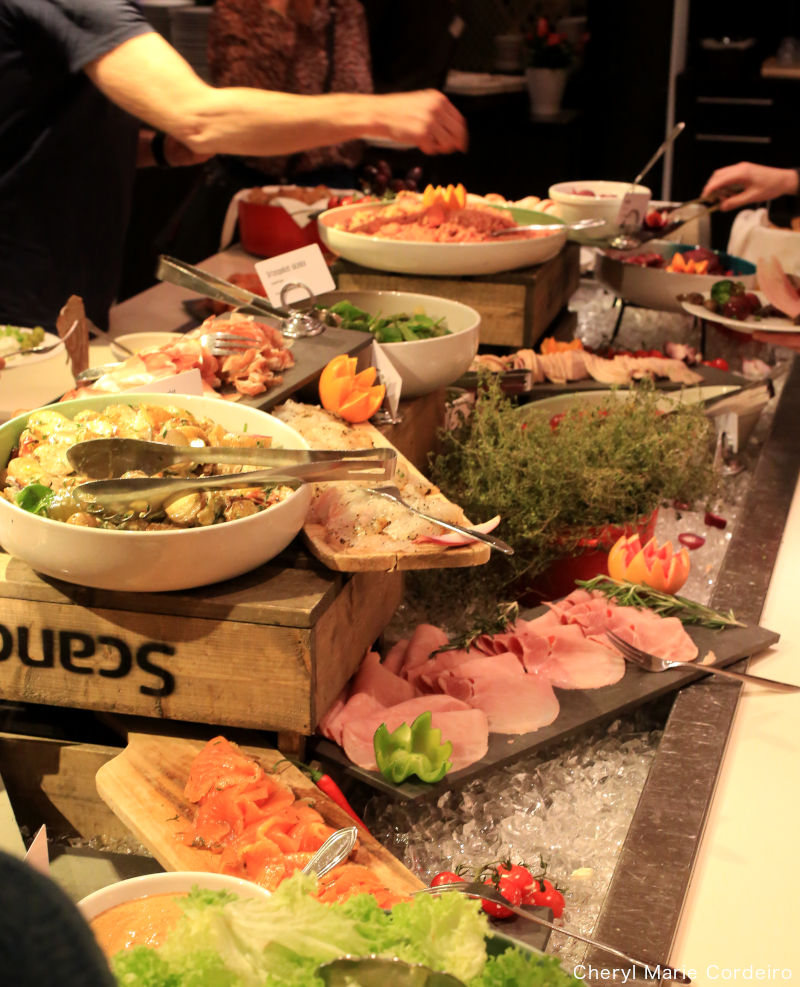 The Norwegian julebord setting reflects the Swedish julbord in that both have as staples, cold dishes, warm dishes, a cheese table and a dessert table. In this picture, the cold dishes with mostly various forms of marinated salmon, marinated halibut and salads. 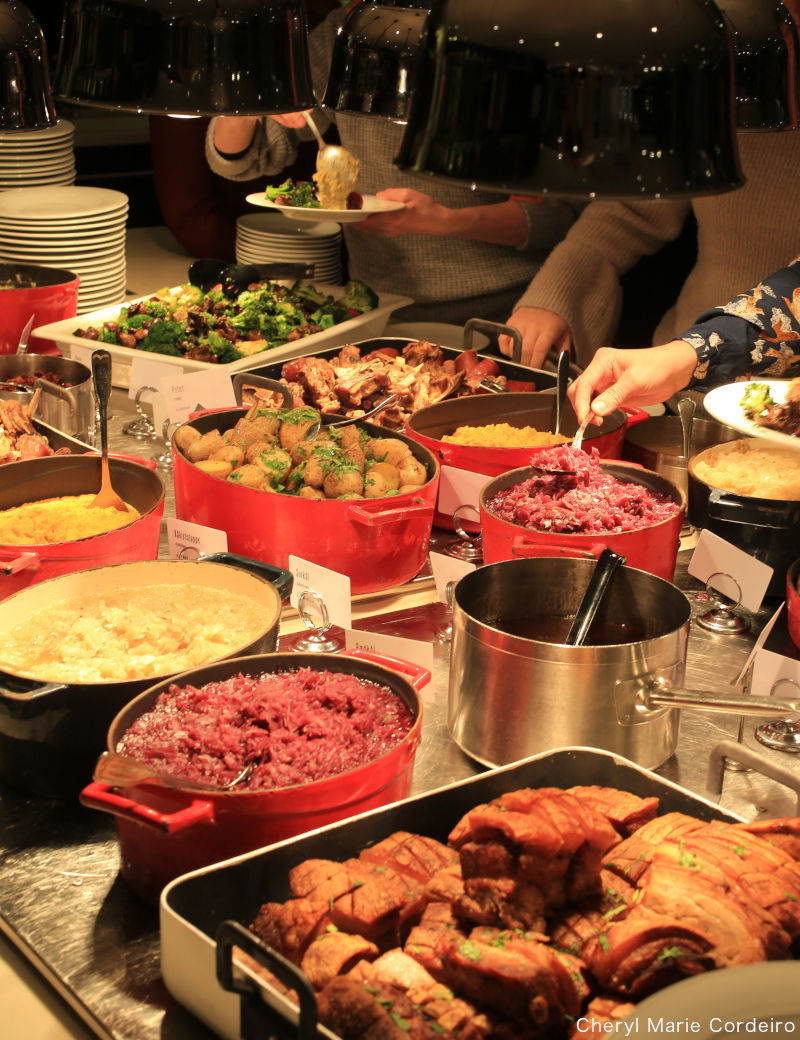 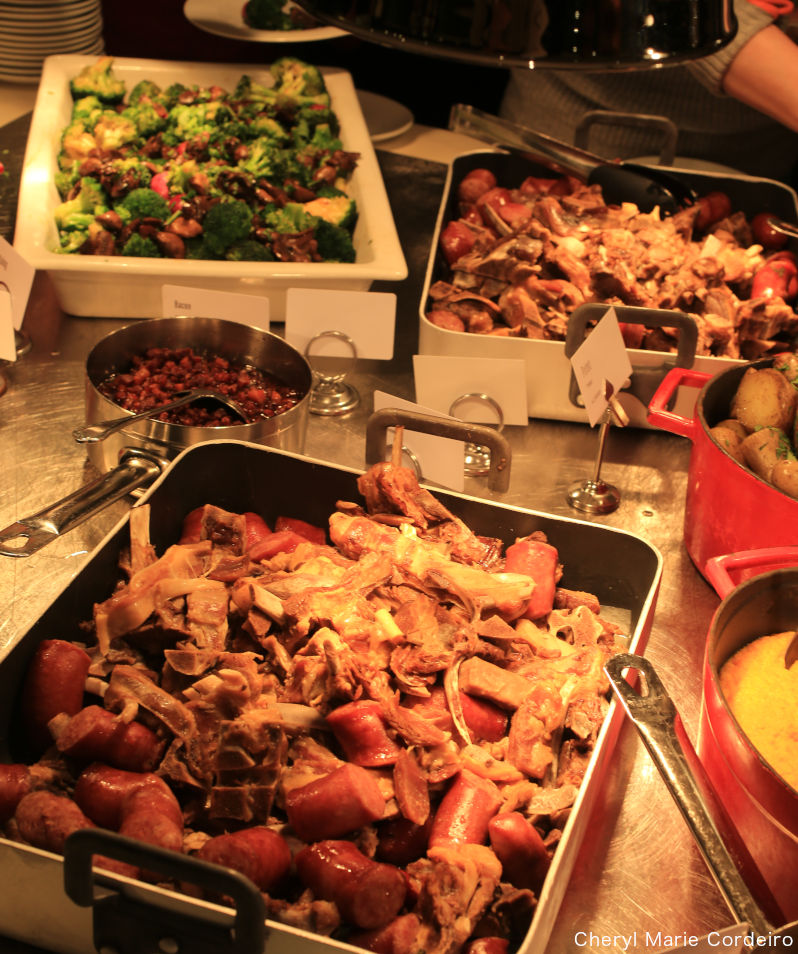 Particularly impressive on this generous cheese table was their apple compote, caramelized to perfection with hints of cinnamon, cardamom and star anise. Orange and vanilla panna cotta makes one example of dessert at this julebord. The texture and taste of this classic Italian dessert was flawless. An array of mousse desserts. They were all decadent and delicious. Riskrem or Ris à la Malta (featured to the bottom of the photo just slightly out of focus) is also reflected in the Norwegian julebord. Boiled in thickened cream with a hint of cinnamon, and served with a red berry sauce. Pretty. Capturing the blue polar light of the winter in the Arctic Circle.