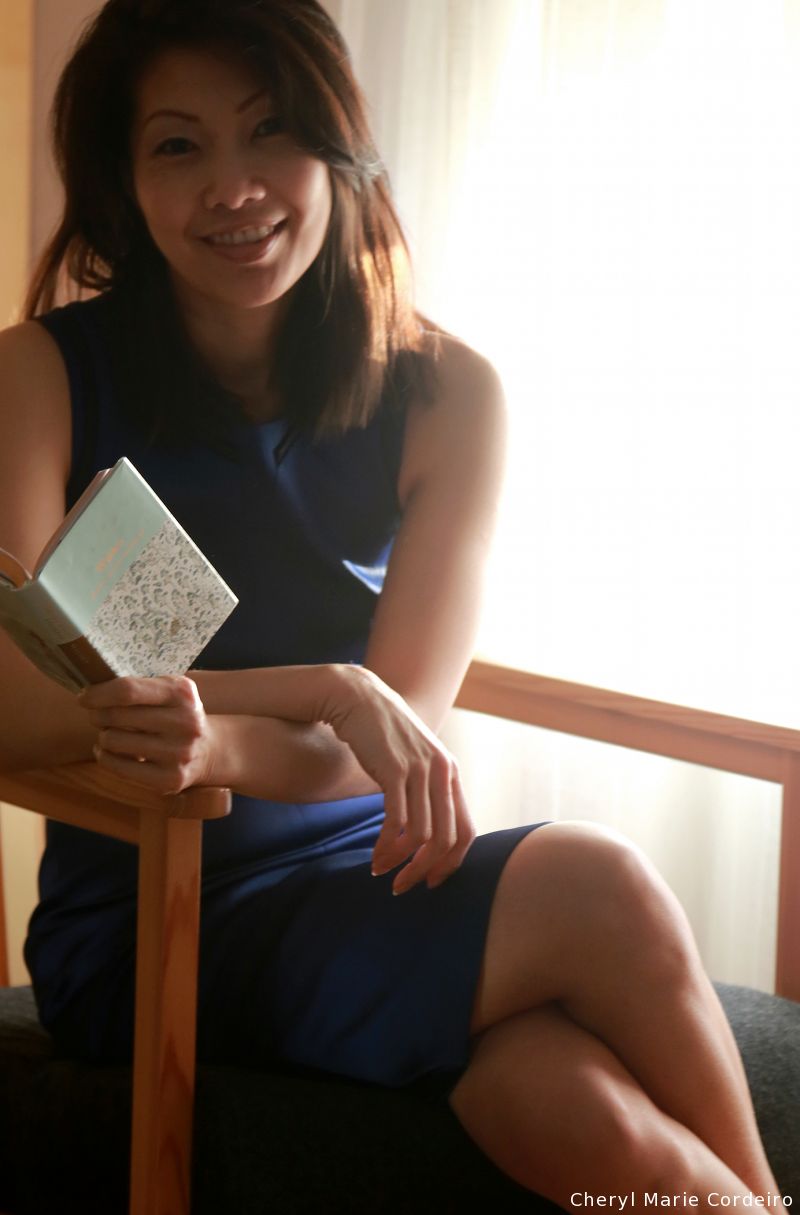 In the moment of a Walden read. Although this article post is mostly about Taleb’s 2004 incerto meta-framework of writing.
Text & Photo © JE Nilsson & CM Cordeiro 2018

I received this year as part of the Christmas presents exchange, one of my favourite books written by Henry David Thoreau, Walden1. What’s special about this Pan Macmillan Collector’s Library 2016 edition is that it is petite, and bound most decoratively in floral print, in the colours of the planets Saturn (pale gold) and Uranus (pale blue)2. Another book received was written by Nassim Nicholas Taleb, Fooled by Randomness3 (2004).

It was the latter author, Nassim Nicholas Taleb, that piqued my interest. Since reading the first few pages of Fooled by Randomness, I’ve looked up more of his works. I now have two more of Taleb’s books, Antifragile4 (2014), and The Black Swan5 (2010) on my reading list. I’ve also been following some of his lectures and interviews found on YouTube. Taleb’s latest on Skin in the game that was published in Nov. 2018 by Talks at Google is shared on this page.

I love meta theories, and have an intense interest in understanding ways of workings. A point of observation is how Taleb often comments on the manner in which he organizes his thoughts and expresses them, as he describes, in a fractal manner. Whether in print (chapter titles need not necessarily reflect content of the chapter; chapters can be read both as an independent entity, as well as part of the book, the incerto etc.) or in conversation (fluidity of going between tangent subjects; ellipses in speech etc), fractal organizing, and fractal thought patterns materialize from his grounding fundamental philosophy to life and living. That, and the silver rule, also known as the negative golden rule are some principles that guide his daily living, decision-making and risk taking.

§START Transcript
@ $T: speaker Nassim Nicholas Taleb
[00:32-01:37]
$T: it was six years ago okay // so i’m going to talk about my book / skin in the game / and a book is not an idea / and the first thing before we start / i’m gonna discuss how i write / okay / how the whole body of work is organized / and what is the incerto and why it’s in a fractal / organized in a fractal way / my idea is that if a book can be summarized / two things / one it will not survive and the second thing is not worth reading / you read a summary / so book cannot be about an idea / no more than a painting is about something other than being a painting / so the book has to be a self-standing item that you cannot reduce / and that may communicate some message / or not / that’s not the relevant point / it can be organized in a way that [you can] read it in a fractal way / so the way it’s written / <1 you have sentences / paragraphs / sections / chapters and volumes and everything has to be integrated as a whole />1 so that’s the idea of the incerto / five volumes
@ <1 Commentary: At this moment, I was reminded of Arthur Koestler's concept of holon in his book The Ghost in the Machine6 (1967, p. 48), reflected too in Ken Wilber’s integral methodological pluralism (IMP)7, and M.A.K. Halliday’s and Christian Matthiessen’s (2014)8. systemic functional grammar.>1
§END

This fractal manner of working reminded me of a seminar that took place a few years ago at the Centre for International Business Studies (CIBS) at the University of Gothenburg. The paper presented at the seminar was on knowledge management and the transfer of knowledge between business practices in the manufacturing sector. As with most seminars, the intention was for the author/s to receive constructive feedback towards the refinement of the paper. We sat and discussed the meta workings of putting the paper together, in recognition that the paper in its current state reflected fragmented ideas. The main question was how to pull it into an integrated coherent argument. It was here that some colleagues thought that the fault, if there were one, was not with the author/s and the manner in which they wrote or red threaded their argument. Rather the fault laid in the limitations of current publishing formats that were linear and rather two dimensional in print format. Someone ought to invent a holographic journal presentation, where readers can step into the prism and tesseract of ideas, retrieving at will, the bits of information in the paper that was most relevant to the reader and piecing together, from the data presented, a useful / applicable conclusion for their own practical purposes. As such, listening to Taleb’s fractal organizing, writing and reading as philosophy and method for publishing, sounded surreal. A sense of relief washed over me. We at CIBS were not too contrary individuals after all. Talebs fractal organizing sounded as much a tesseractal entity as could be in linear print form.

I was about sixteen (or was that fourteen?) when I stopped making new year’s resolutions. Prior to that, I mostly was resolute to score as many distinctions as possible in the Singapore/British schooling system at year-end. It worked, partially. While I continue to find it useful to envision certain probabilities in life so as to make material those scenes, I remain inclined to keep (most of) these closer to the moment. The meta framework ideas of Taleb have been a serendipitous find and pleasant reads in the last days of 2018 leading up to the turn towards 2019. Fooled by randomness, reading Taleb? Perhaps.

Here are some of Taleb’s (2004) upbeat written texts I find so captivating:

“We can look at other aspects of the problem; think of someone involved in scientific research. Day after day, he will engage in dissecting mice in his laboratory, away from the rest of the world. He could try and try for years without anything to show for it. His significant other might lose patience with the loser who comes home every night smelling of mice urine. Until bingo, one day he comes up with a result. Someone observing the time series of his occupation would see absolutely no gain, while every day would bring him closer in probability to the end result.” (Taleb, 2004:111)

“[Herbert Simon’s9] idea is that if we were to optimize at every step in life, then it would cost us an infinite amount of time and energy. Accordingly, there has to be in us an approximation process that stops somewhere. Clearly he got his intuitions from computer-science – he spent his entire career at Carnegie-Mellon University in Pittsburgh, which has a reputation as a computer science center. “Satisficing” was his idea (the melding together of satisfy and suffice): You stop when you get a near-satisfactory solution. Otherwise, it may take you an eternity to reach the smallest conclusion or perform the smallest act. (Taleb, 2004:187)”

“Neurobiologists… believe (roughly) that we have three brains. The very old one, the reptilian brain that dictates heartbeat and that we share with all animals; the limbic brain center of emotions that we share with mammals; and the neocortex, or cognitive brain, that distinguishes primates and humans (note that even institutional investors seem to have a neocortex). While that theory of the Triune brain shows some over-simplification (particularly when handled by journalists), it seems to provide a framework for the analysis of brain functions.

Although it is very difficult to figure out which part of the brain does what exactly, neuroscientists have been doing some environment mapping in the brain by, say, taking a patient whose brain is damaged in one single spot (say, by a tumor or an injury deemed to be local) and deducing by elimination the function performed by such part of the anatomy. Other methods include brain imaging and electric simulations to specific areas. Many researchers outside of neurobiology, like the philosopher and cognitive scientist Jerry Fodor (who pioneered the notion of modularity) remain skeptical about the quality of knowledge that we can uncover by examining the physical properties of the brain… The mathematician and cognitive scientist David Marr, who pioneered the field of object recognition, made the apt remark that one does not learn how birds fly by studying feathers but rather by studying aerodynamics.” (Taleb, 2004:201-202)

My transcendentalistic tendencies (see Ralph Waldo Emerson, Henry David Thoreau, Margaret Fuller, Amos Bronson Alcott, Frederic Henry Hedge10 etc.) also means I rely (some) on reductionistic realist observations (like some) made by Taleb (2004) to simplify life for myself. Which makes it difficult to put down Taleb’s book. Until of course when the champagne is served, which is when one probability materializes into a point, and a series of measurements regarding the satisficing of that context can be framed, dialogued and (hopefully) improved till next. 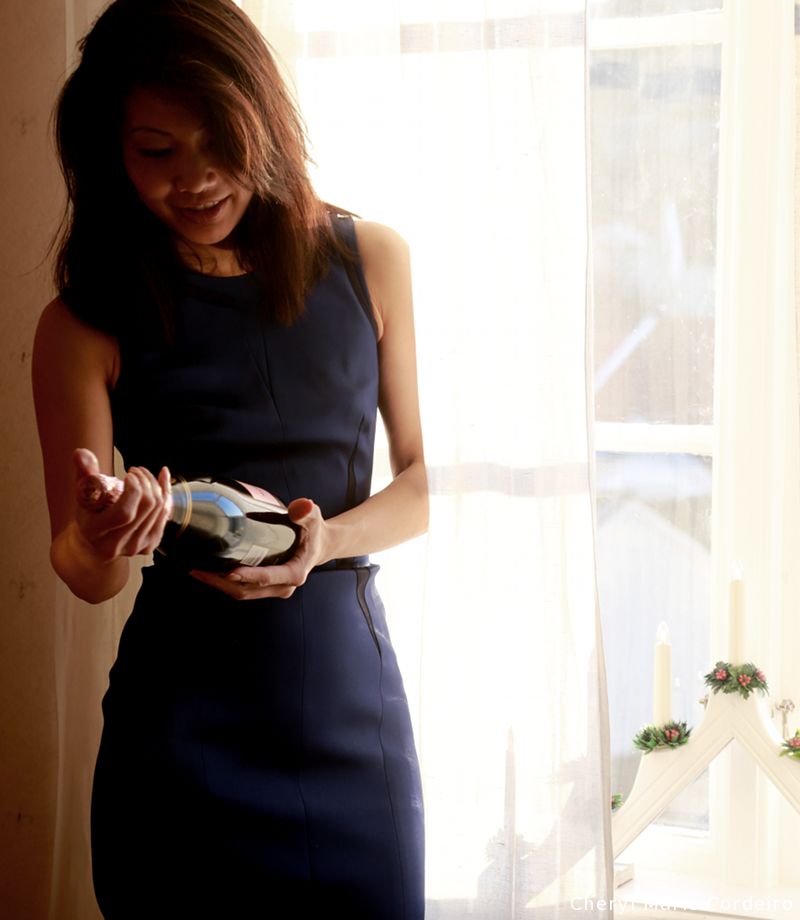 Checking the evening’s bubbly. Seems like it will be a Moët & Chandon Rosé Impérial for when we glide into 2019. 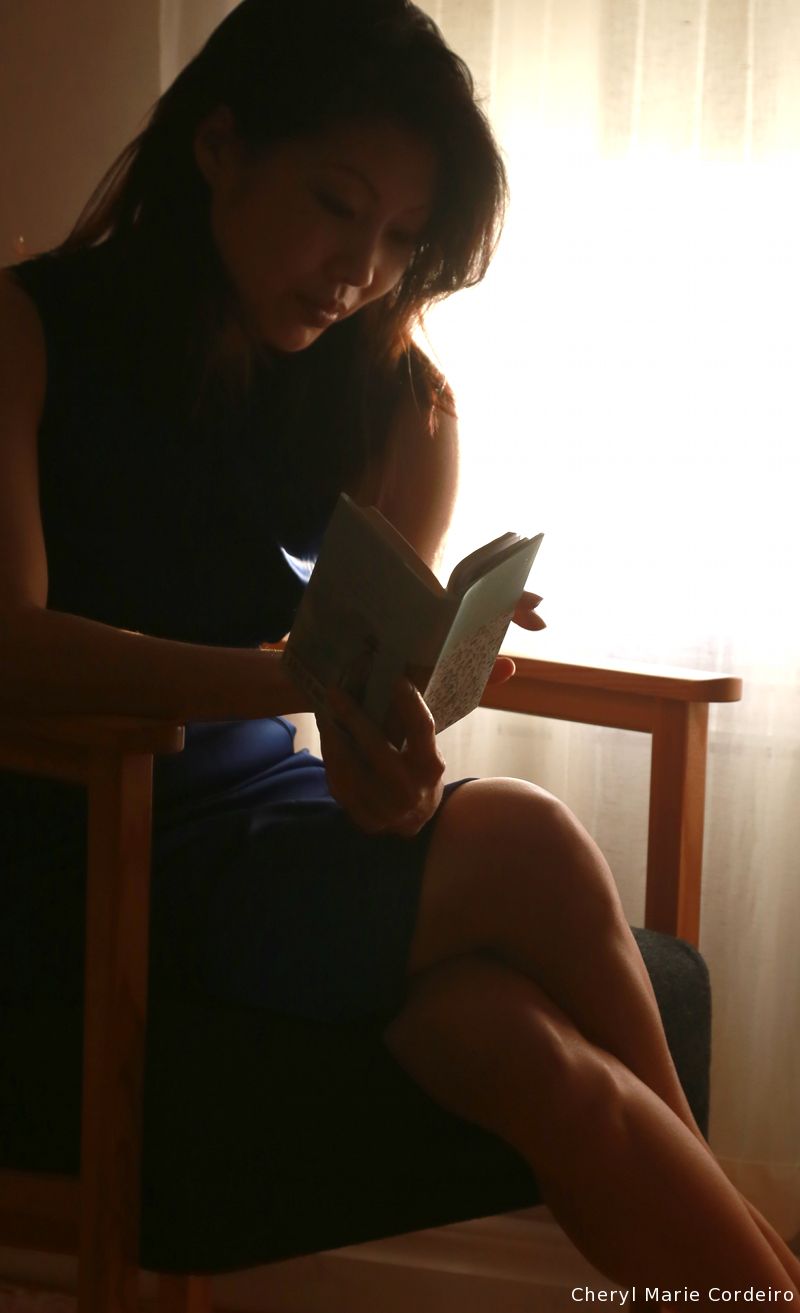 I had no idea they could print this tiny, let alone have one such as myself read it. The event of which confirmed – I need for my reading glasses to manifest, somewheres.