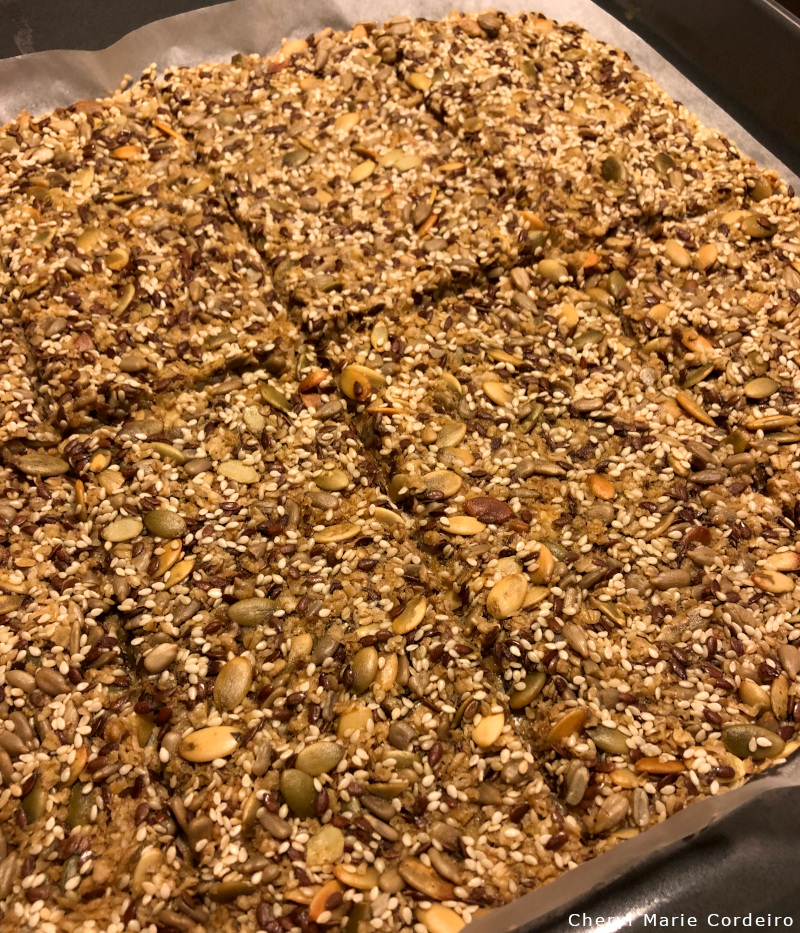 A tiny brown paper package that contained some crispbread / knekkebrød turned up at my kitchen table counter top during a gathering in early December 2018. Next to that was the cheese platter, laid out with different types of honey, fruit marmalade and jam. I assumed that the crispbread was a variety of Wasabröd, except this version was peppered with different types of seed. Wasabröd is a crispbread that is quite ubiquitous in Sweden and I usually pay little attention to it as a food item when grocery shopping. Why eat that when you can have intoxicating kanelbullar dribbled with pearl sugar?

Growing up in Singapore, crsipbread was only ever associated with foods you eat if you’re trying to drop weight. In my own circle of friends, it gained the nickname of ‘cardboard bread’ referring to the dry, tastelessness of the product. It helped little that crispbread in my mind was also associated with rice cakes, another food staple in Singapore used to drop weight, that seemed a favourite with some professors at the National University of Singapore from when I was an undergraduate student there. Back at the December gathering in Norway, it was not until the end of the evening and it was time for a third round of cheese platter that I thought to give this seedfilled variety of crispbread a try.

Breaking off just half a cracker, the crispbread let out a snap that sounded like the quick breaking of thin, dried twigs. On the palate, the crispbread was savoury, with the different flavours of the toasted seeds complementing each other. Coming with some socio-cultural filters from my childhood in Singapore, I found myself surprised at this first try of a Norwegian knekkebrød to be, for lack of a better word, delicious. This experience erased immediately, (almost) all previous conceptions of what is crispbread.

Knekkebrød in Norway, as in Sweden, comes in a variety of flavours. I liked in particular, the aroma of sesame seeds in that particular variety and was determined to try a batch at home, of which the pictures and video show the result of that effort. 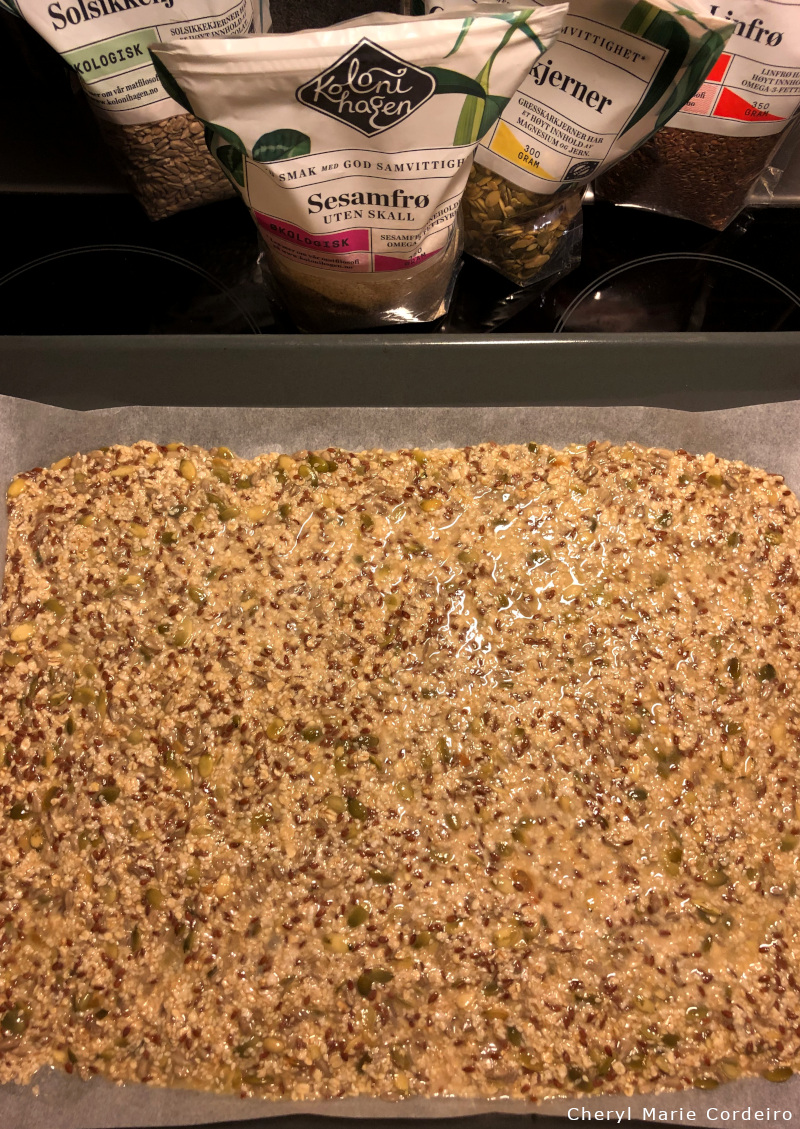 Laid out in a lined baking pan, prior to baking. 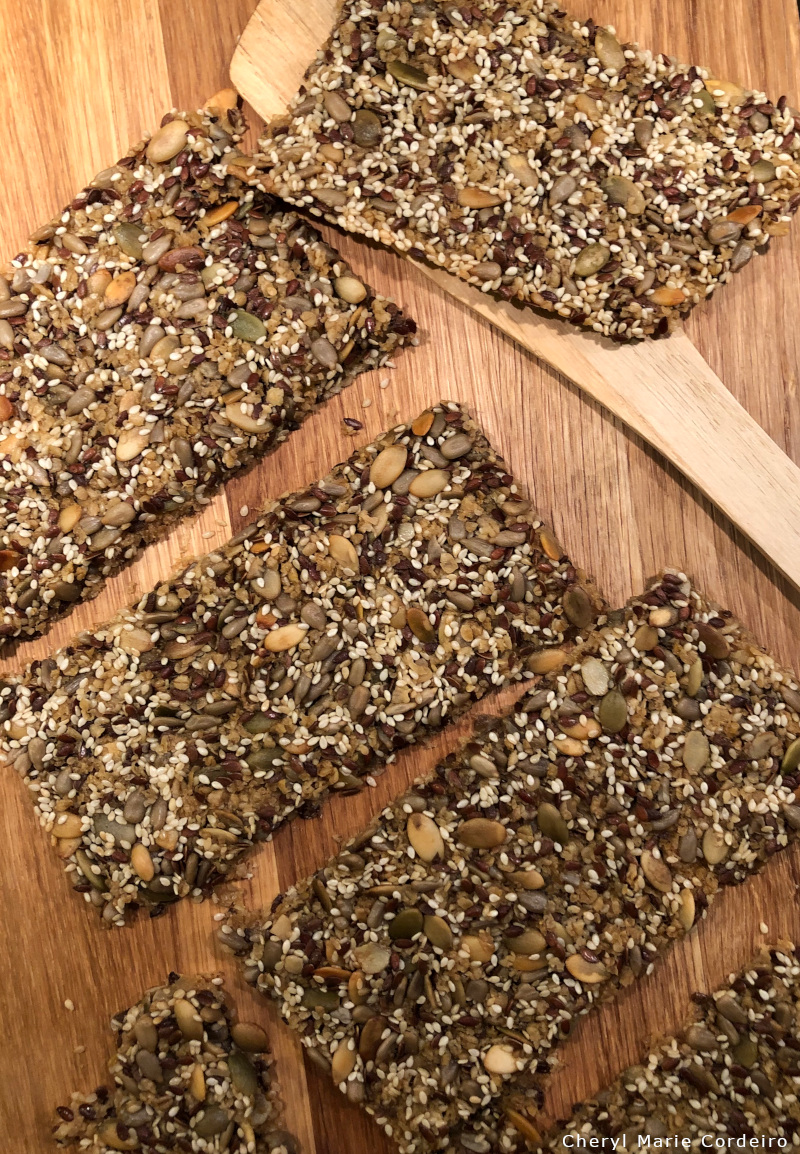 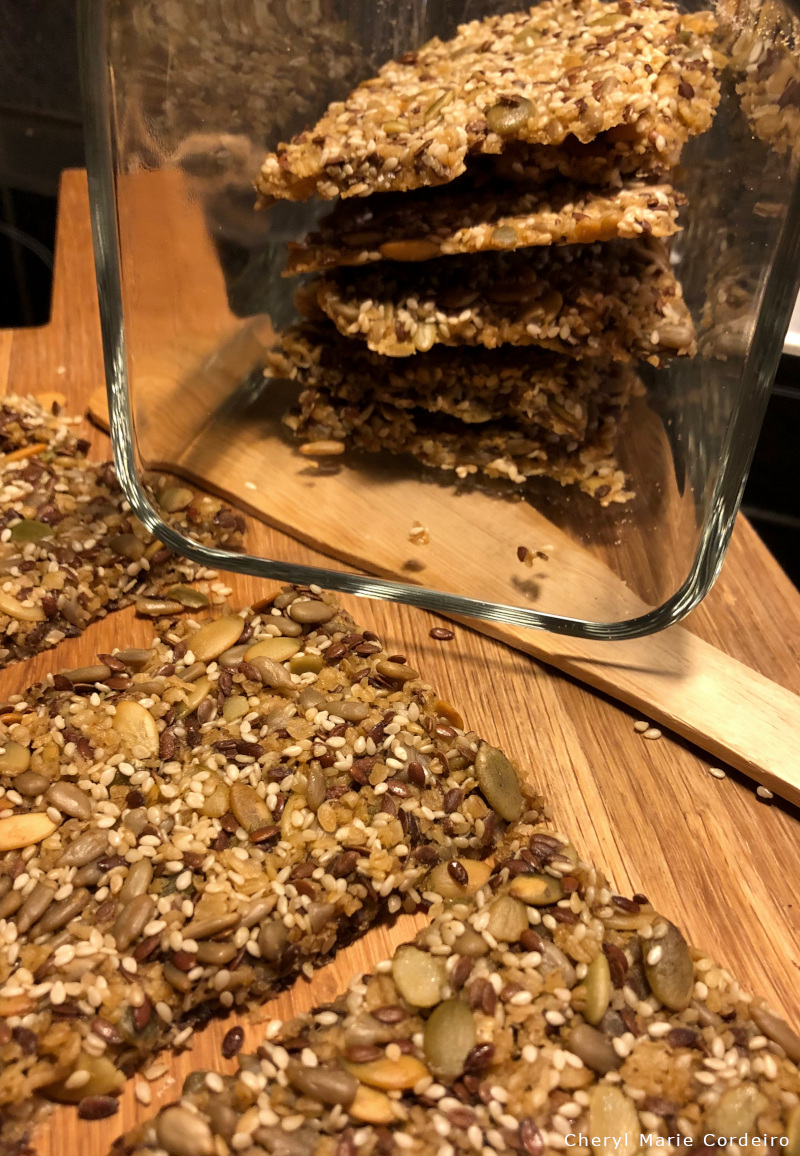 The idea in general for a knekkebrød recipe is to have equal portions of each seed type you prefer, add to that about a third of total weight in water, add some salt and mix. Let stand for about ten minutes, pour evenly unto a lined baking tray and then bake for ten minutes on ca. 170 degrees C oven. Scour the batter after 10 minutes in the oven, so that the knekkebrød will be easy to break for storing and then place it back in the oven for another ca. 30 minutes or until the liquid has evaporated from the batter. This recipe and baking method is forgiving. In this batch, I used ground oatmeal and added some (perhaps too much) olive oil, which dampened the snap of the knekkebrød. Still, I found the combination of flavours from the roasted whole wheat flour with the various seeds quite addictive and plan to give this a second try soon.