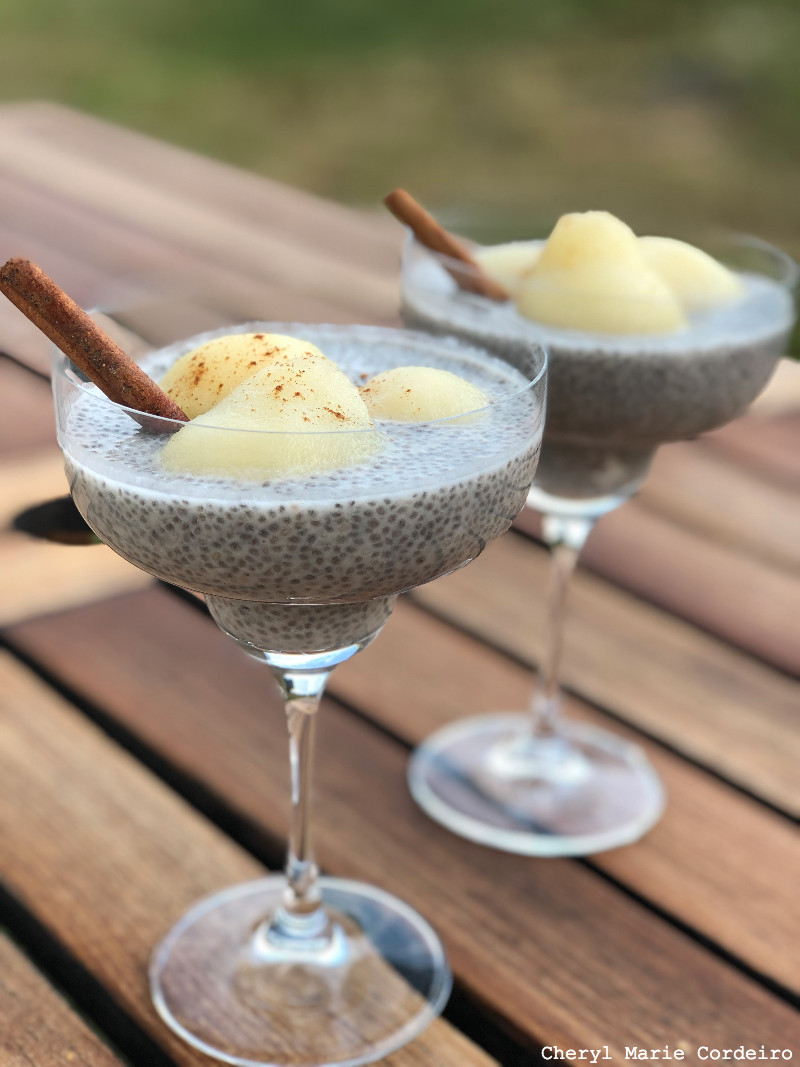 In the canteen of the convent in which I grew up, CHIJ Katong Primary in Singapore, there was a corner stall that sold drinks in bright colours of green, purple, yellow and rose pink. The last drink was called bandung, a drink made with evaporated or condensed milk flavoured with rose cordial syrup. A lot of these large plastic drink tanks had in them chia seeds, that complemented the colours of the drinks, and which would draw the attention of the little ones, including myself. I used to call the chia seeds, frogs eggs. We had tadpoles and frogs in the school ponds when its monsoon season, so I thought they really were frogs eggs served in those drinks. It was gelatinous and tastes pretty much like smaller versions of tapioca pearls that go into the much loved bubble tea found in most Southeast-Asian countries.

The frogs eggs were not frogs eggs. As I found out. And today, I’m happy to be able to encounter them again in Scandinavia, albeit much more pricey than what I used to pay for in the school canteen from buying a 10 cents SGD drink in the 1970s.

In this post, is a pear chia pudding, laced with cinnamon. The proportion of chia seeds to liquid is about 1:3 in ratio. It probably does not matter much what type of liquid is used for soaking the seeds, from coconut milk to milk, or in this case, double cream. Honey was used as sweetener.