Weekend mornings are a fairly quiet affair at the heart of the city of Tromsø. Visitors from the larger cruise ships are most likely asleep onboard, and around the city centre hotels, there might be one or two tour groups headed off farther inland. On days of fine weather, exploring the surrounding fjords and sightseeing along the coastal regions can render some picturesque postcards for keeps.

Northern Norway has excellent raw produce. From fish to meat, much of the food here is sourced from the surrounding waters and land. This trend of regional food sourcing seen here at Tromsø is largely geographical, Tromsø being located fairly north of the globe. But even as its location is fairly isolated, the city and region remain open to regional influences and ideologies. One can see the ripples of influence from the Scandinavian founded New Nordic Cuisine (NNC) that began in Denmark in 2004, where new means of culinary presentation are sought for familiar raw produce of the region that go beyond salting, pickling and smoking.

I was delighted to find that the influences of the NNC movement and ideology reflected in the Sunday morning breakfast at Scandic Ishavshotel. The wider areas of Tromsø are surrounded by numerous small farms that work in a collective to make a living from selling vegetables, fruit, milk and meat. Some farms produce cheese, that can be found in the local grocery shops. The fish are caught and landed at Tromsø, if not at nearby landing stations, which guarantees consumers, the day’s catch. 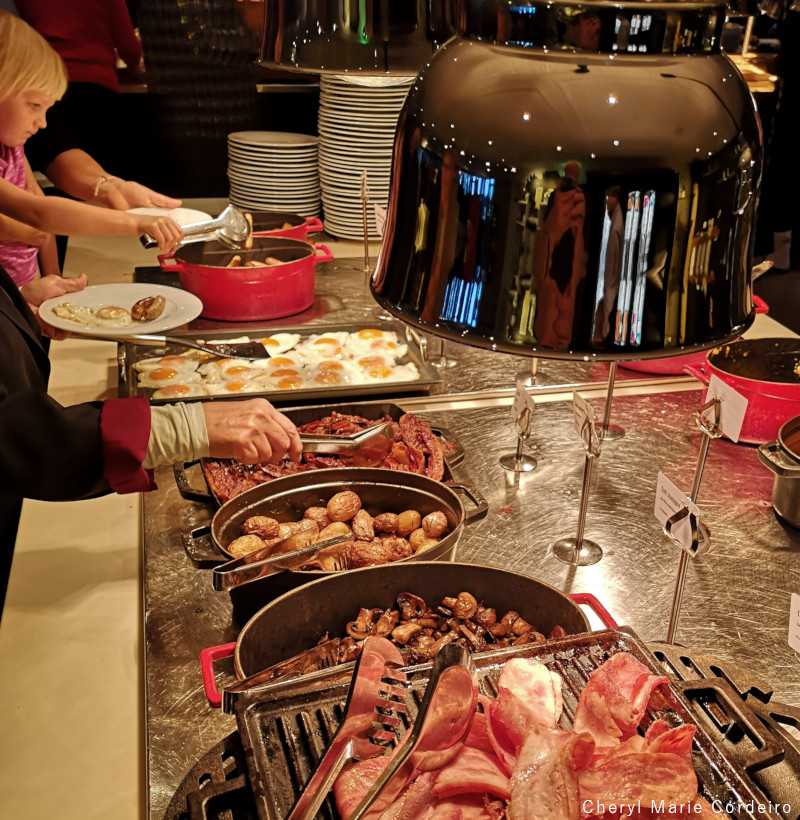 Most meats and sausages served at this buffet are locally produced. 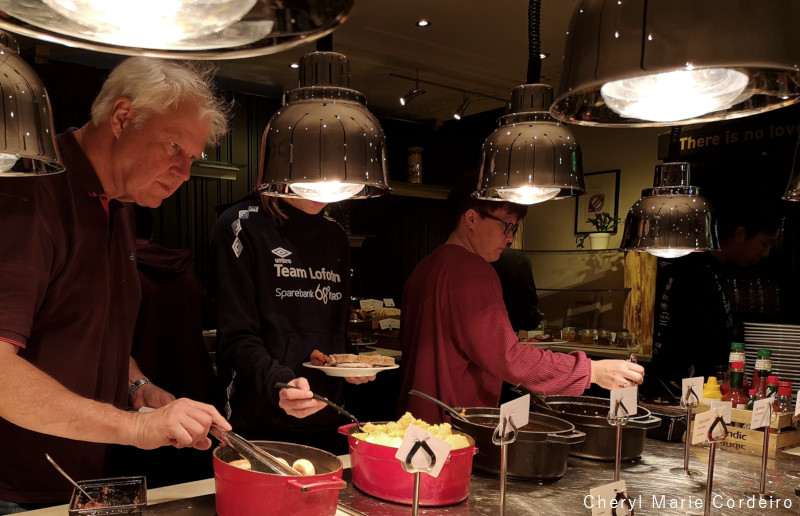 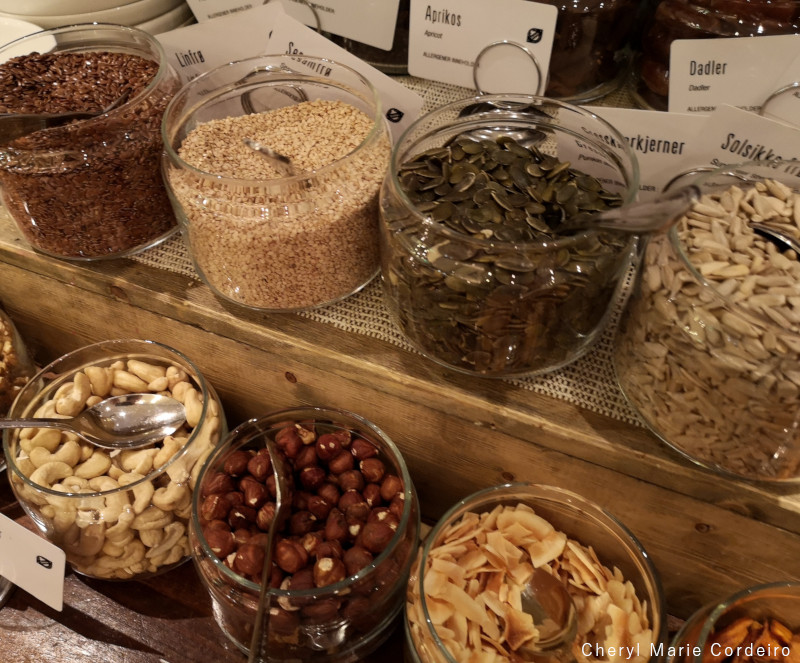 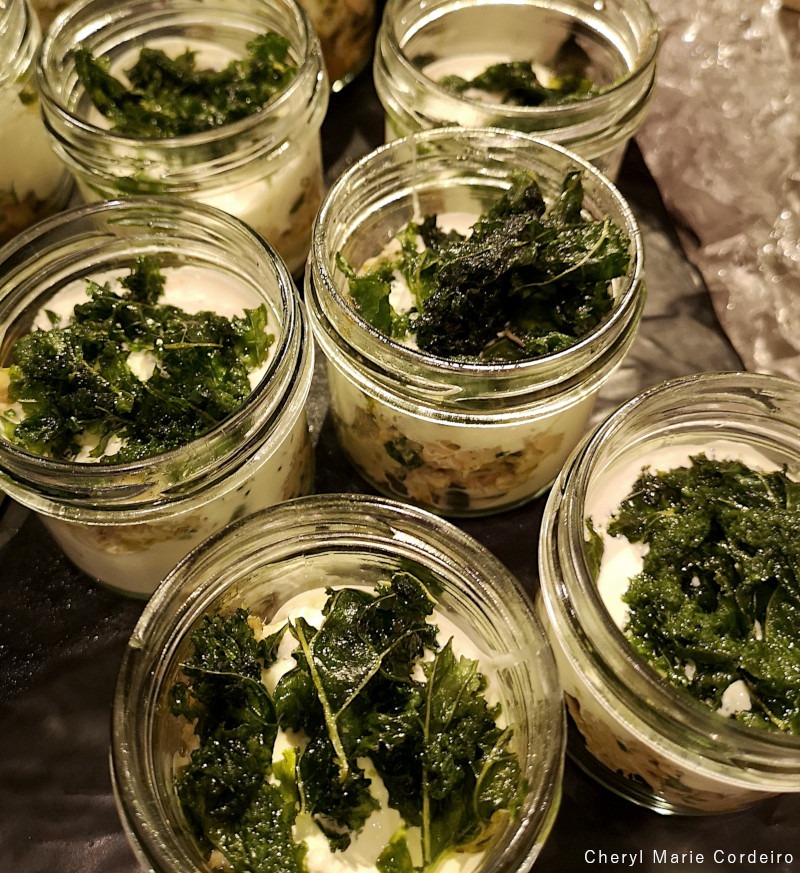 A generous kale garnish in yoghurt and muesli pots. 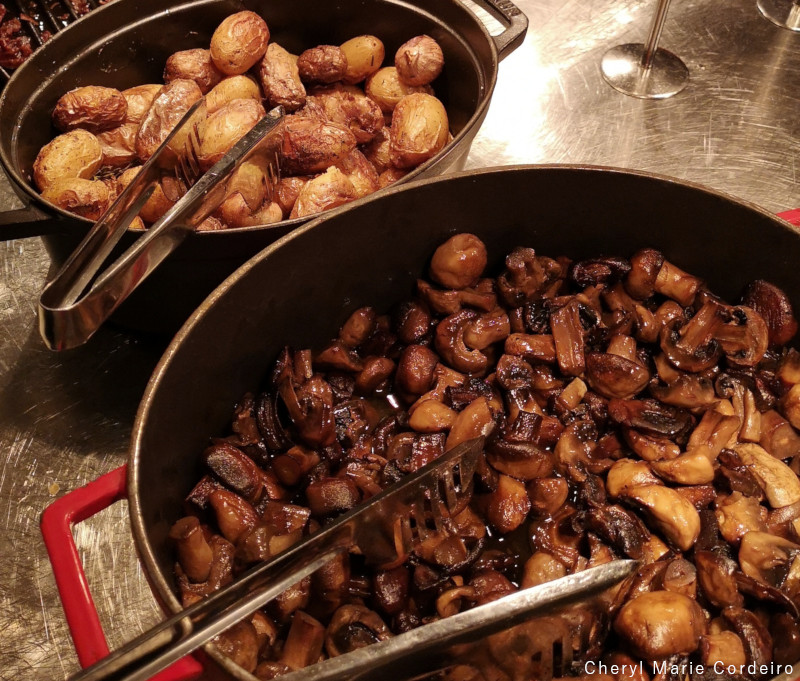 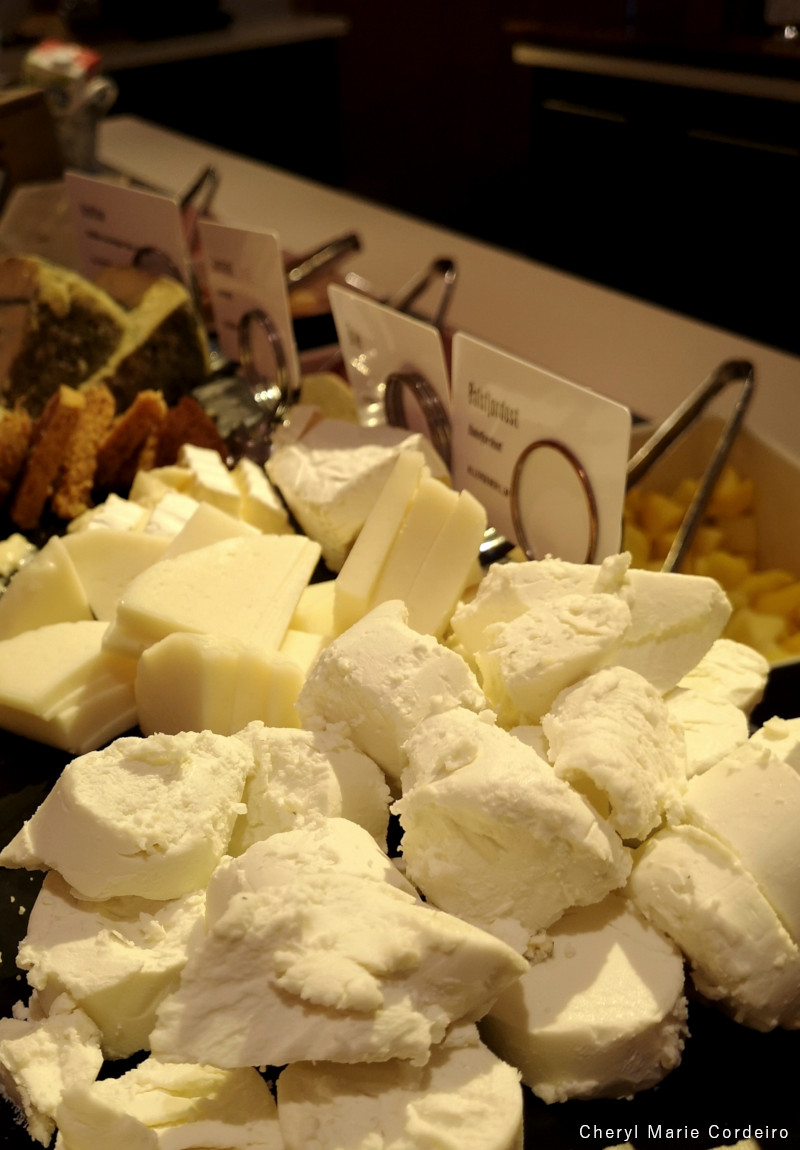 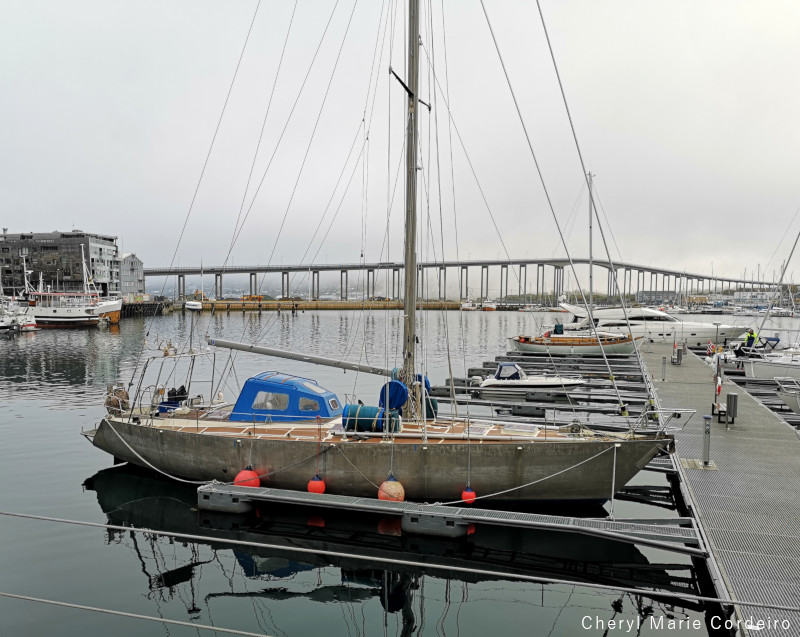 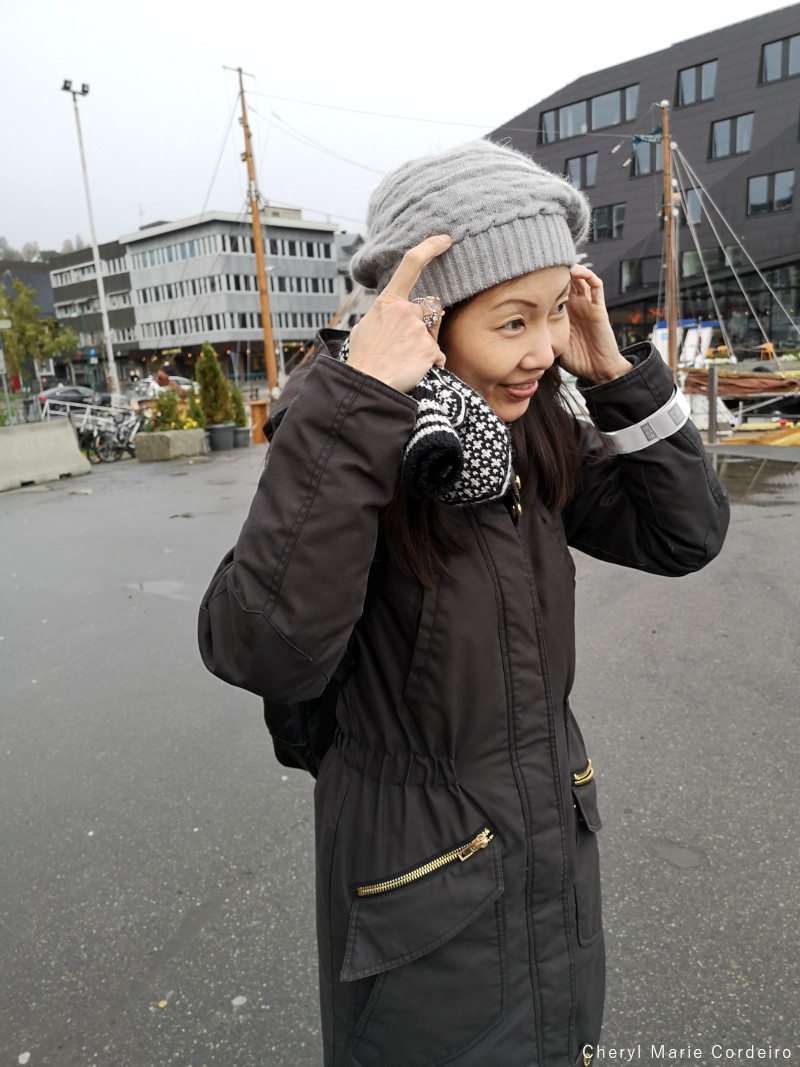 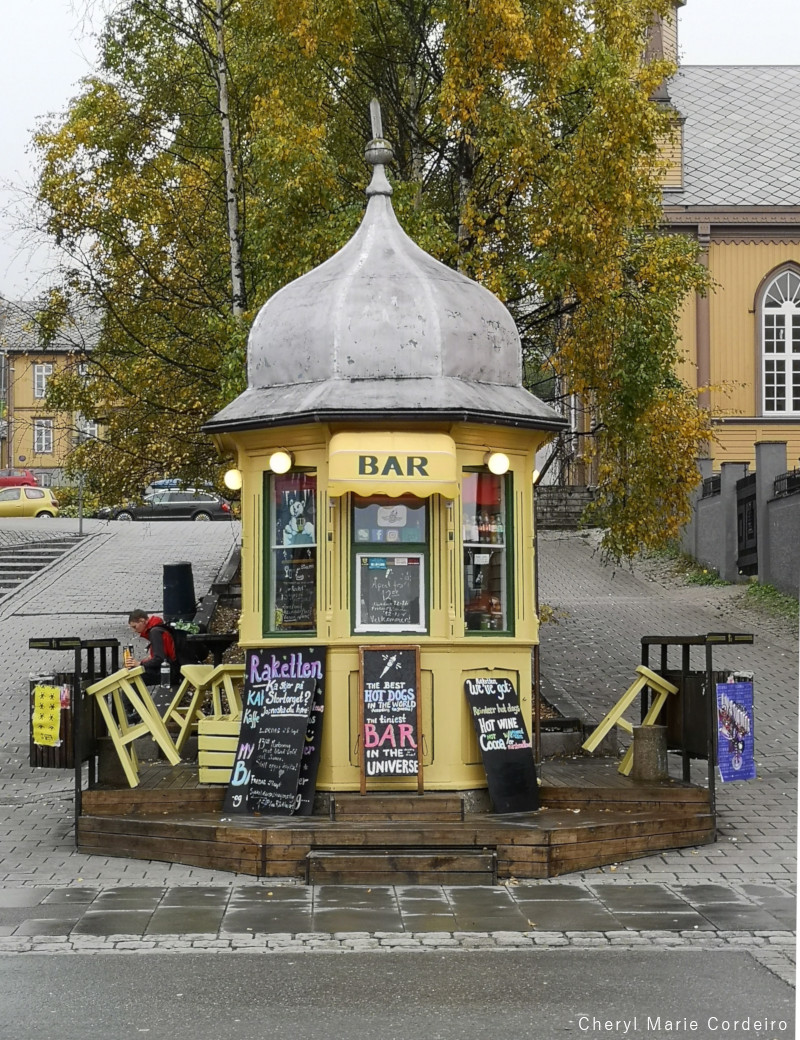 One of the city’s smallest bars that opens later in the day. Something for many to look forward to./p>