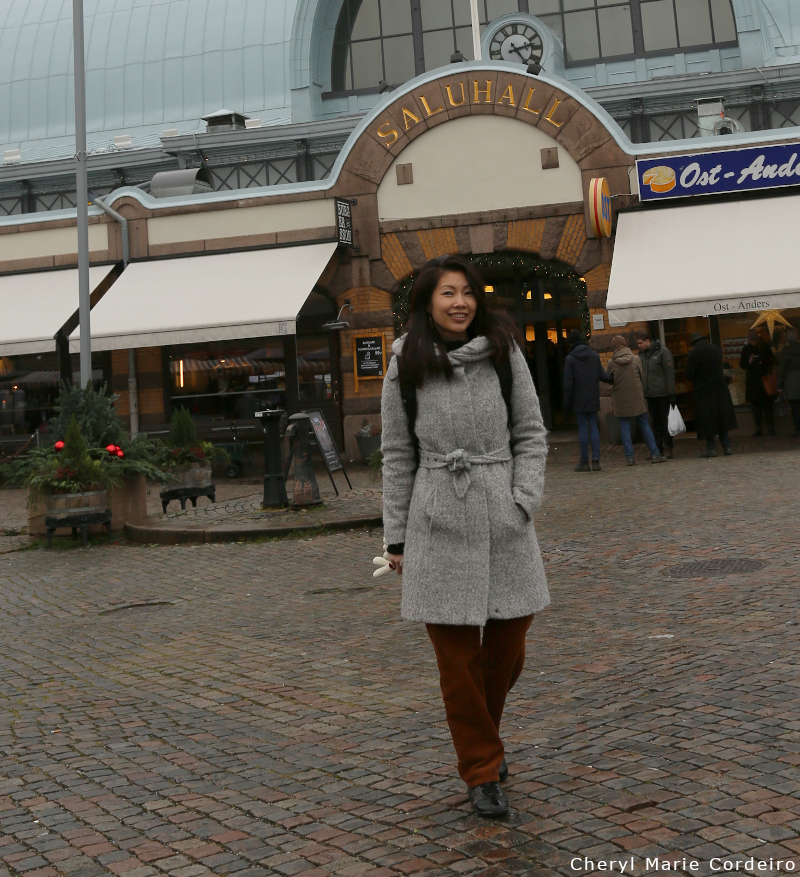 It was a little bit of a shouting match at the Christmas market this year at the heart of Gothenburg city, only because there were so many people in an enclosed market hall that the arena resembled more like a stock exchange floor. People used sign language to get their orders across to the counters, and the traders signalled right back, which cashier counter had the shortest waiting queue. There was no shortest waiting queue to any one cashier.

It’s just a few days before the eve of the eve of Christmas, and this is apparently when most Swedes choose to do their fresh produce shopping, picking up pre-ordered hams, duck breasts, liver paté and special order Christmas beers etc. I’m usually one to like to do shopping at earliest opportunity in the morning in order to avoid the crowds. A Singapore dawn 0430 hrs trip to the wet market sounds comfortable, but Scandinavians keep somewhat more sensible shop times, even during high season. My moving between -4 deg C from Tromsø in northern Norway to a comfortable 4 deg C along the west coast of Sweden, has also perhaps had some influence on my behaviour, where the winter freeze and lack of sunlight must have gotten between my ears and I decided, yes, around noon is a good time to hit the Christmas markets this year.

Traditionally in my world, there are two types of Christmas markets to hit when out in Gothenburg during jultide, the fresh foods markets, and the tinsel / handicraft markets. To some extent, these could overlap where you have artisan foods, such as homemade marmalades, and small farm produced cheeses or sausages. This year, we stayed mostly with the fresh foods marketing, bringing home some artisan foods, and buying raw produce for making our own Christmas table foods, from pickled beetroots, to mustard sauce and gravad lax (seasalt, pepper and dill preserved salmon) etc.

Looking beyond the forex trading floor feel of the fresh foods market hall, in the midst of the crowd, I personally can’t help but feel that present in today’s market halls and Christmas markets are centuries old connections and narratives. In the corner of the market hall at Brogyllen’s, one of my favourite bakery cafés to sit and have coffee / tea when in Gothenburg at any given opportunity, I met a modern day marzipan Sæhrímnir with its mouth holding a tiny marzipan red apple. Sæhrímnir is a a Norse mythology wild boar from the 13th century written Poetica Edda. It is a creature killed and eaten every night by the Æsir and einherjar, and a symbol of everlasting sustenance. While I wouldn’t personally think sugar and marzipan is the healthiest version of sustenance in today’s modern diet, where sugar could well be the opposite of sustenance in most modern diets, what I saw in that marzipan boar was, continuity. Morphed and symbolised slightly different, but of the same resilience, the same hope, by the same people, just in ever evolving circles spacetime, and of life. That, to me, was a very merry jultide season, and one more purpose filled winter solstice. 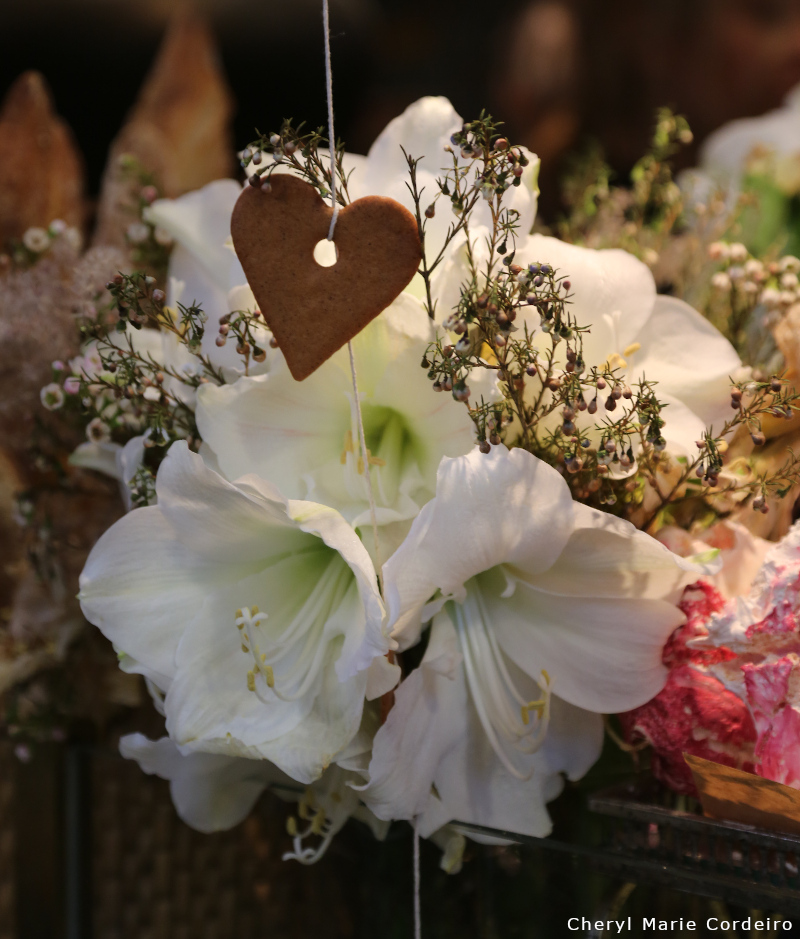 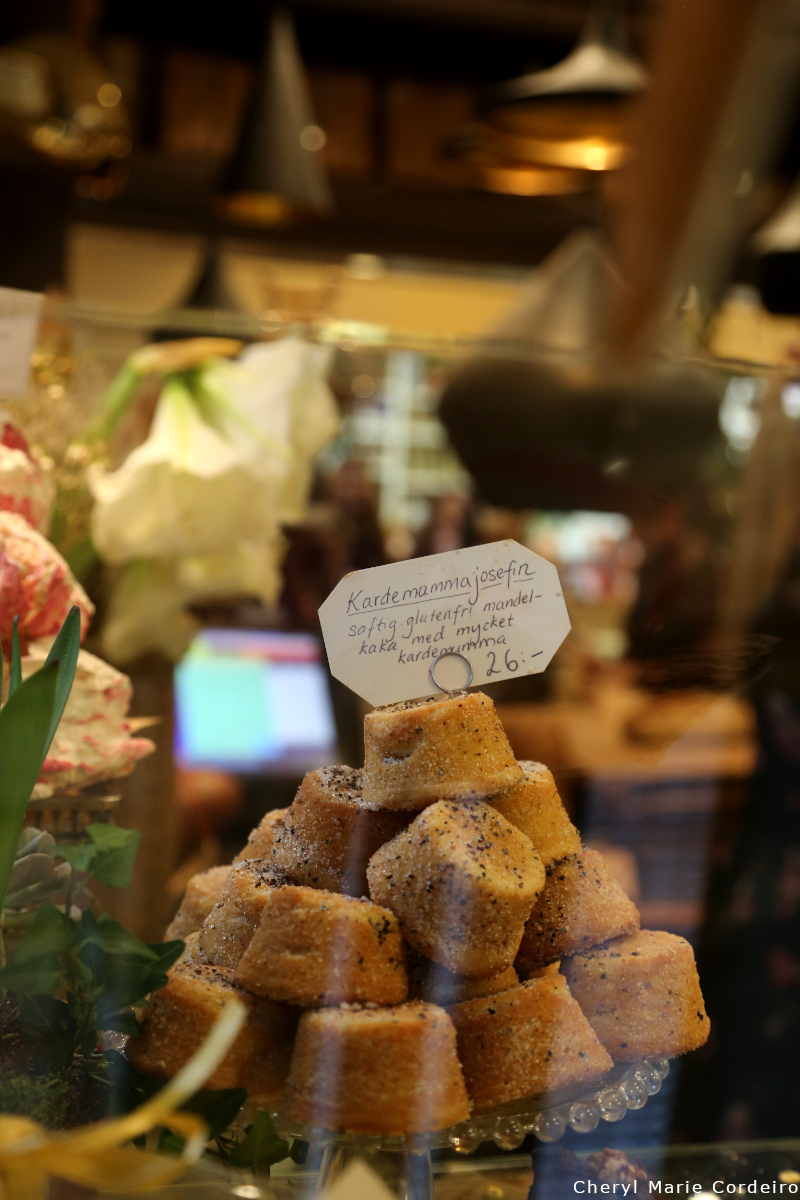 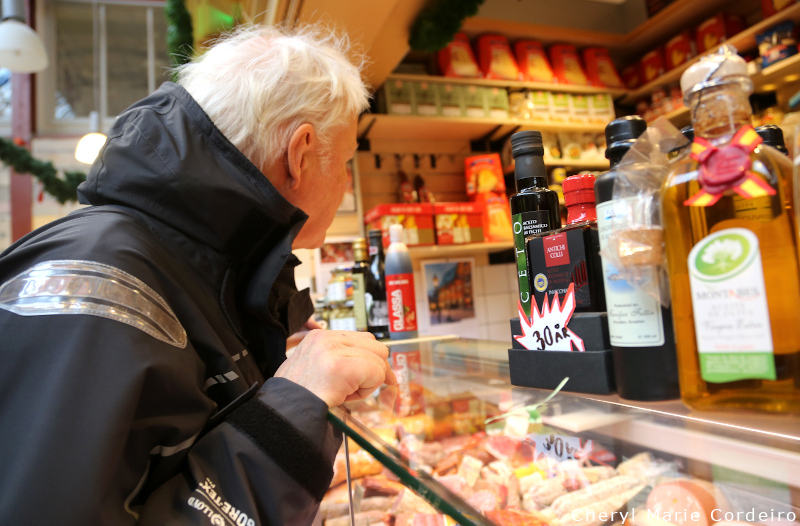 Traditional prinskorvar for the Swedish Christmas table. These are tip-snipped prior to baking / frying so that it opens up a little to look like tiny pig trotters. Traditions vary across the globe when it comes to what pigs symbolise. In Norse mythology compiled in the Poetic Edda in the 13th century, Sæhrímnir, a wild boar, is a creature killed and eaten every night by the Æsir and einherjar. A delectable marzipan Sæhrímnir by Brogyllen at Saluhallen, Gothenburg, Sweden. Buon Natale. Our Christmas table this year is as much Swedish, as it is Italian. Walking Christmas cheer, along the gallery halls of Kungstorget. Christmas marketing at Gustav Adolfs Torg, the town square of the city of Gothenburg, Sweden. The German Church, located alongside Gustav Adolfs Torg, the town square of the city of Gothenburg, Sweden. It’s beautiful inside. Last I visited, they had choir music playing. It sounded like heaven, or an earthly interpretation of it as best we can. Just as we were taking pictures of the waters of the canal, this singular white dove floated down towards us to say hello. S/he posed for a little bit, and then took flight again. Surreal flow. Looking in the direction of Nordstan and the Arkade, some main shopping malls in Gothenburg, Sweden. Street lamps and gorgeous, narrow alleys in the heart of the city of Gothenburg, Sweden.