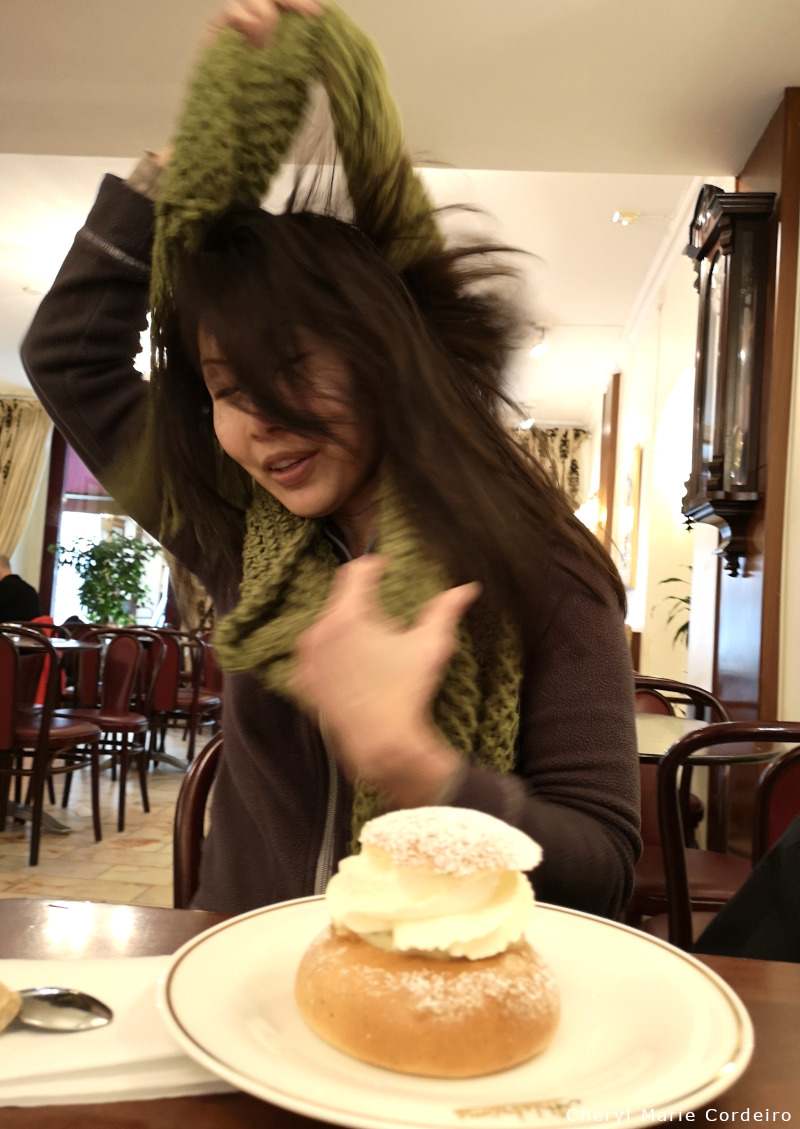 It’s been a number of years since I stepped into Ahlströms Konditori, one of Gothenburg city’s oldest confectionaries. Here, you’ll find that the late morning crowd consists mostly retired elderly individuals. They sit, absorbed in their own worlds, and read the news in a scene that could come from any early 1900 Paris café postcard. It´s a beautiful scene to observe. The atmosphere at Ahlströms is languid but very much cheerful. The city’s local newspapers have done their annual semlor best-in-test for 2020, and Ahlströms won top-3 for serving up the city’s best semlor.

Semlor (Fettisdagsbulle), a lightly spiced cardamom bun filled with rich almond marzipan and topped with whipped cream is baked in celebration of Fettisdagen (Fatty Day) in Sweden, which is usually 3 days before the Easter fast begins in the Nordic Christian tradition. Every year, over 40 million semlor are consumed in Sweden, making the semla one of Sweden´s most popular sweet treats.

This year Fettisdagen fell on 25 Feb. 2020, and I thought I had missed the opportunity to try some at the cafés. But this weekend’s fika (coffee) session was a surprise find and experience, I for one being glad that the pre-Easter fast period extends all through February and into mid-March. Hopefully, we´ll just switch between pre-Easter fast treats right into Easter treats brought by the Easter Bunny. I’ll risk Santa Claus striking me off his good-list 2020.

The warm rosewood interiors of Ahlströms Konditori, its hanging vintage crystal chandeliers and iron coat hangers, coupled with the grandfather clock on the wall has the effect that you feel as if you´re traversing time. I had not thought about it at the time, but a luxurious way to eating semla is in a bowl half filled with warm milk. Absolutely decadent, absolutely delicious. 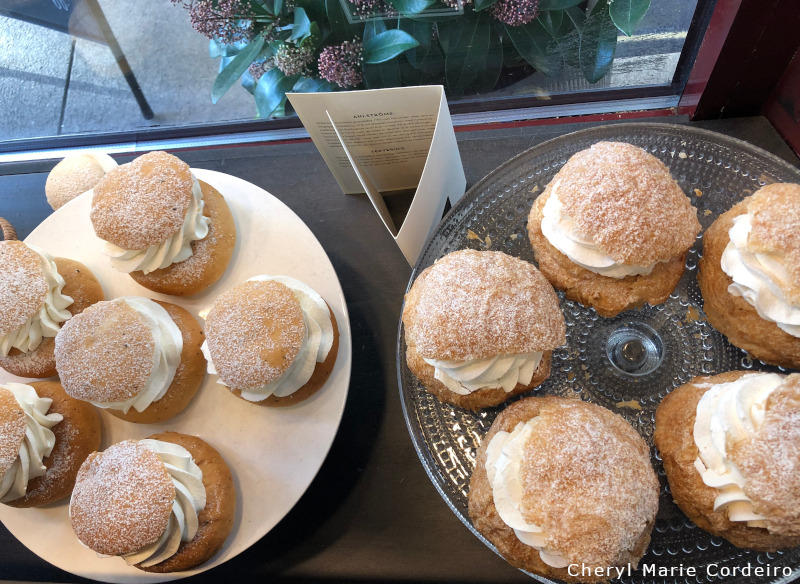 Semlor variations, one in plain cardamom buns (left plate) and one in Danish pastry (right plate). 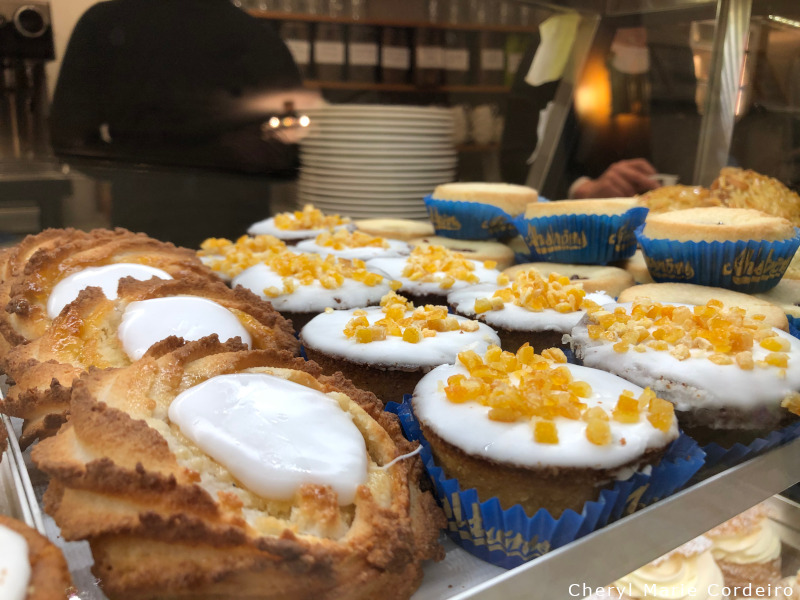 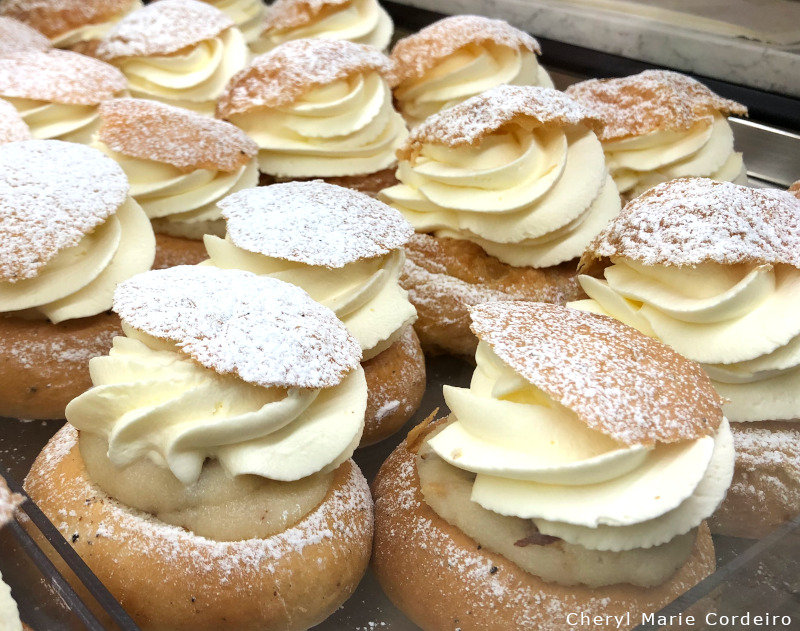 Budapestrull, a traditional treat you’ll find in the Nordic countries. This is similar to a variation found in northern Norway called Kvæfjordkake. The composition is meringue, almond mousse and vanilla cream topped with chocolate.

Another visual treat is the array of sandwiches displayed for the picking. 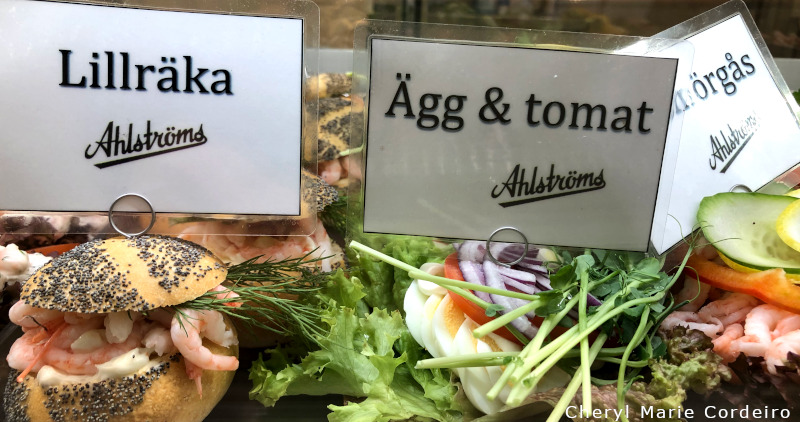 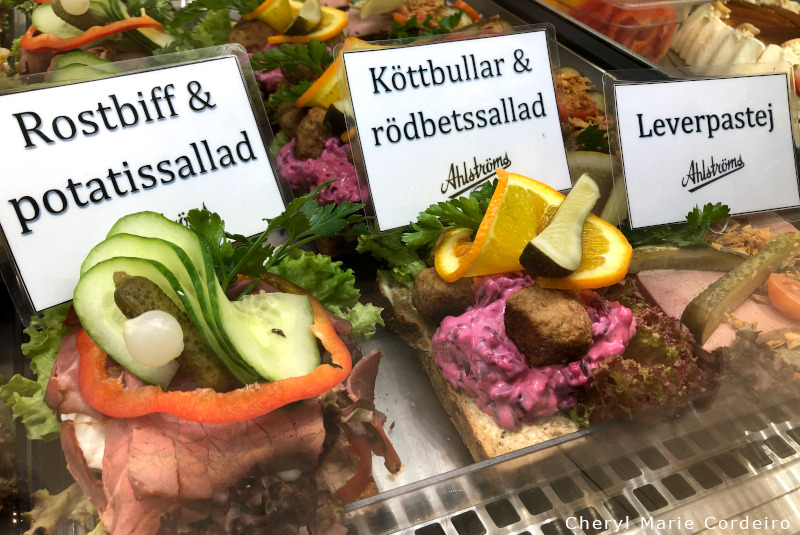 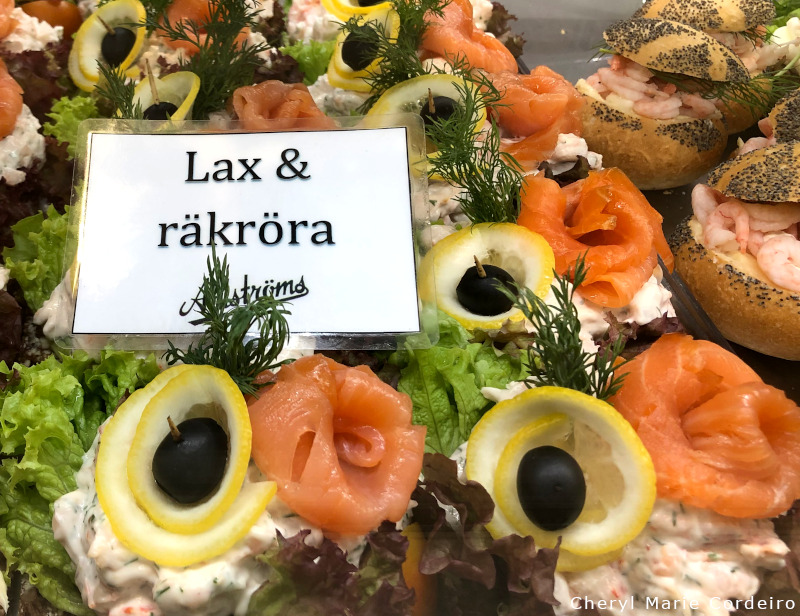 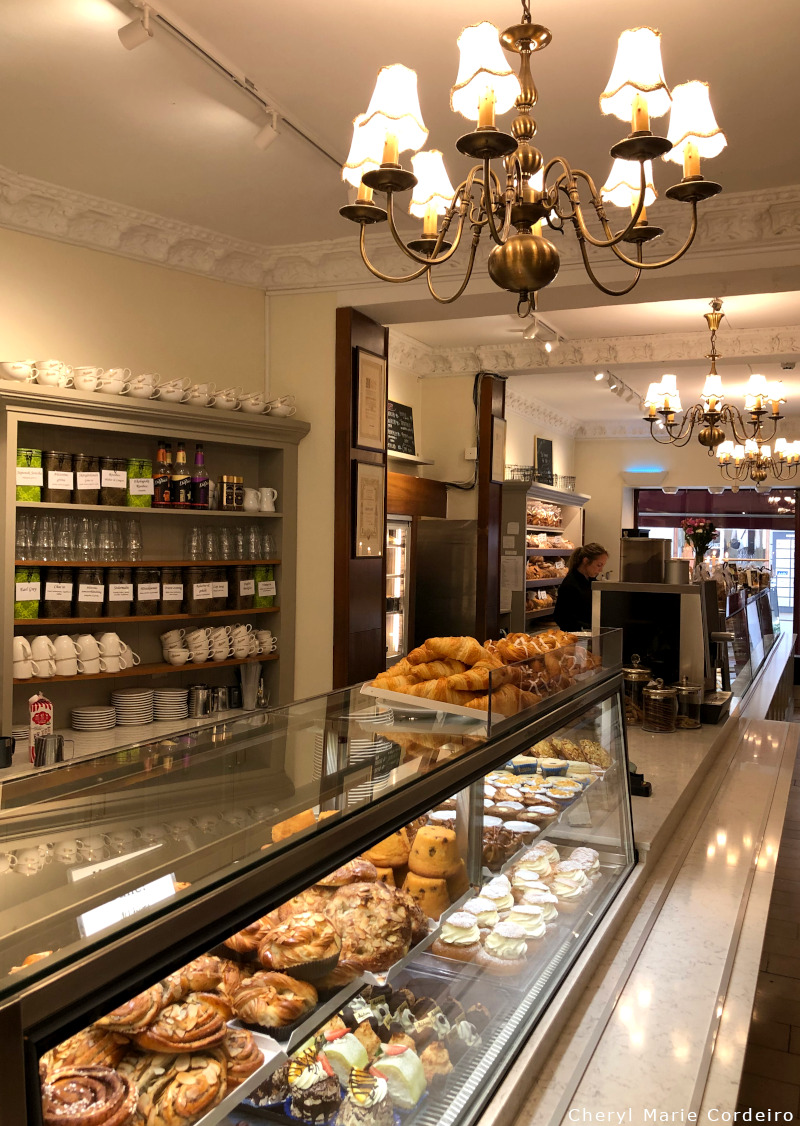 The order of one semla with a café latte and a cappuccino. The layers of the semla. Eyeing the order for the next fika.