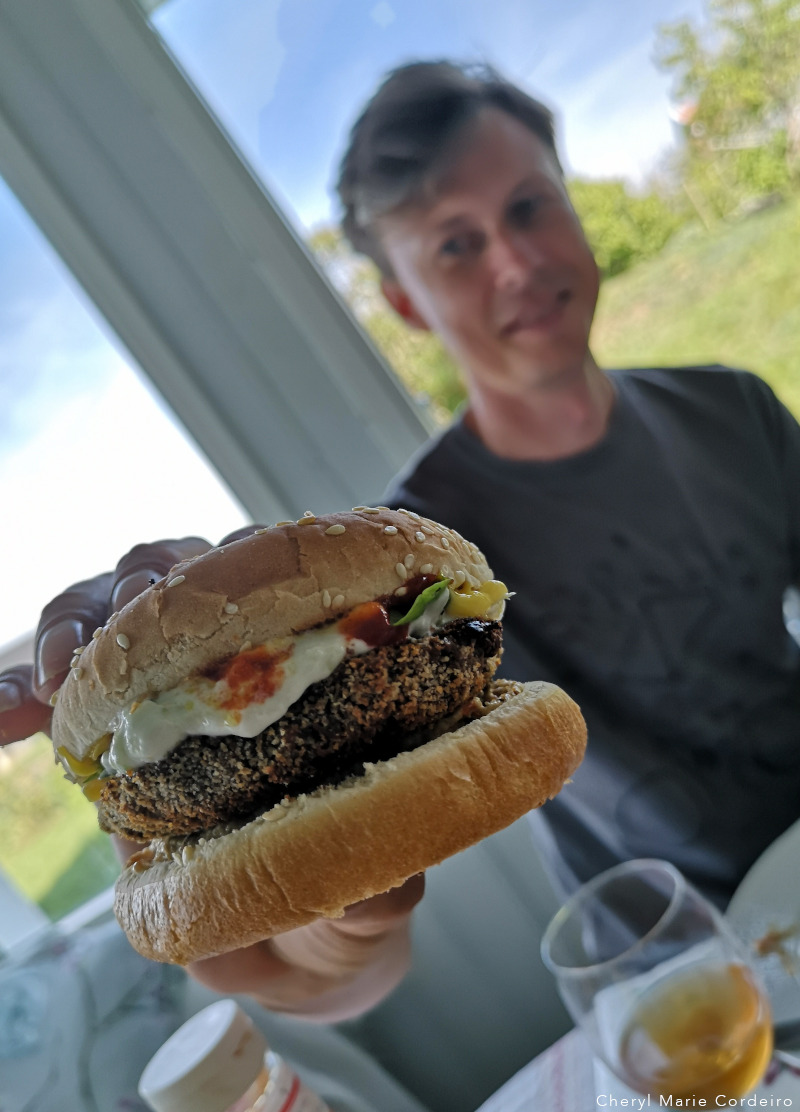 Swedish summers are marked by numerous BBQ-parties. Sometimes, it can feel as if you´re in an implicit neighbourhood race to fill the air with the aromas of BBQ grilled foods. I was in fact, introduced to the Swedish BBQ-party on my very first trip to Sweden when I was still in my university days. It was mid-May and a warm 10 degress celcius outdoors. I met with a group of young men with beer in hand. They lounged in nothing but shorts in beach chairs pulled up close to the smoking BBQ pit. I wore an orange knitted turtleneck sweater and thought I should really have brought a light jacket with me. I was promptly introduced to the group of BBQ party-goers, some of whom looked at me as if they had questions to ask. My introduction was then followed by “she´s from Singapore”, to which there was an acknowledged round of nods. Even if the smell of meat on the BBQ grill was fantastic, after ten minutes, I politely asked if I could go indoors to warm my hands on the oven stove.

This BBQ session was held in mid-August, with summer already in full swing. Most foods for the table were harvested from the garden and lightly cooked on the stove, leaving only a few items for the outdoor grill. The combination of dishes prepared in the kitchen and BBQ grilled foods made this a fairly manageable affair, orchestrating a (relatively) synchronous sitting at the table.

The novel recipe try for this event and the item on the grill were fava bean patties. The softened fava beans, when combined with all other ingredients that went into the patty making turned out quite savoury and flavourful. We plated it without burger buns, and we also experimented making burgers in combination of hummus, tzatziki and mayonnaise. I think most around the table settled quickly into which flavour combinations they preferred and then had seconds of their favourites.

Blend all ingredients and portion out into patties. Bread crumb the disc shaped patties. Drizzle olive oil over the patties. Bake at 175°C oven for 20 minutes on each side till they are crisp top and bottom. 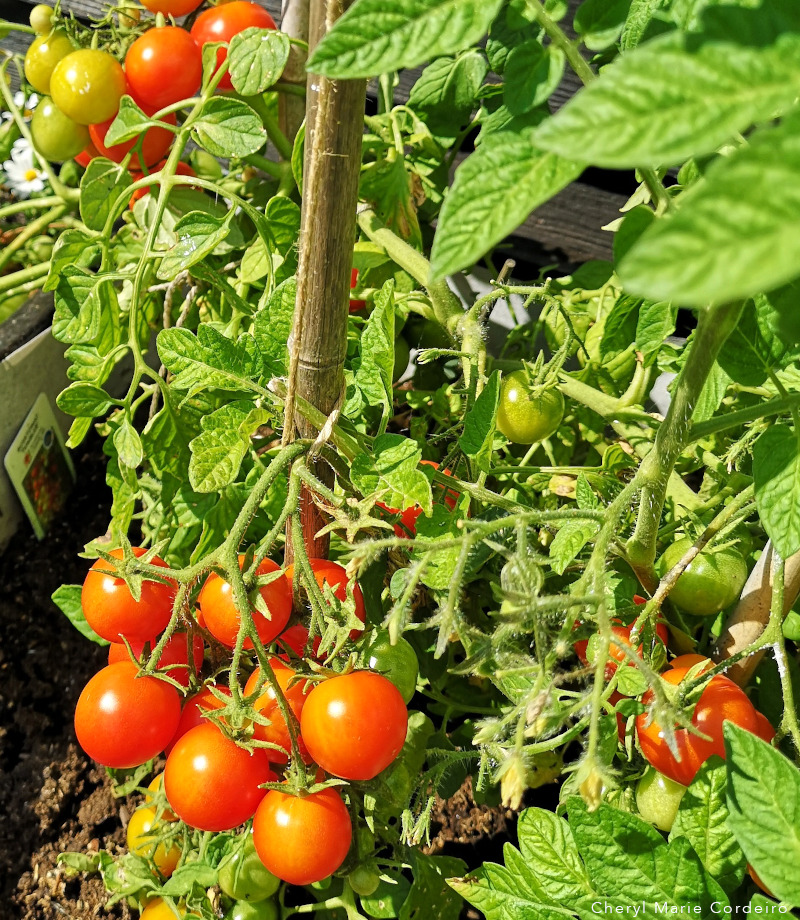 Cherry tomato plants with some tomatoes sun ripened and ready for harvest. 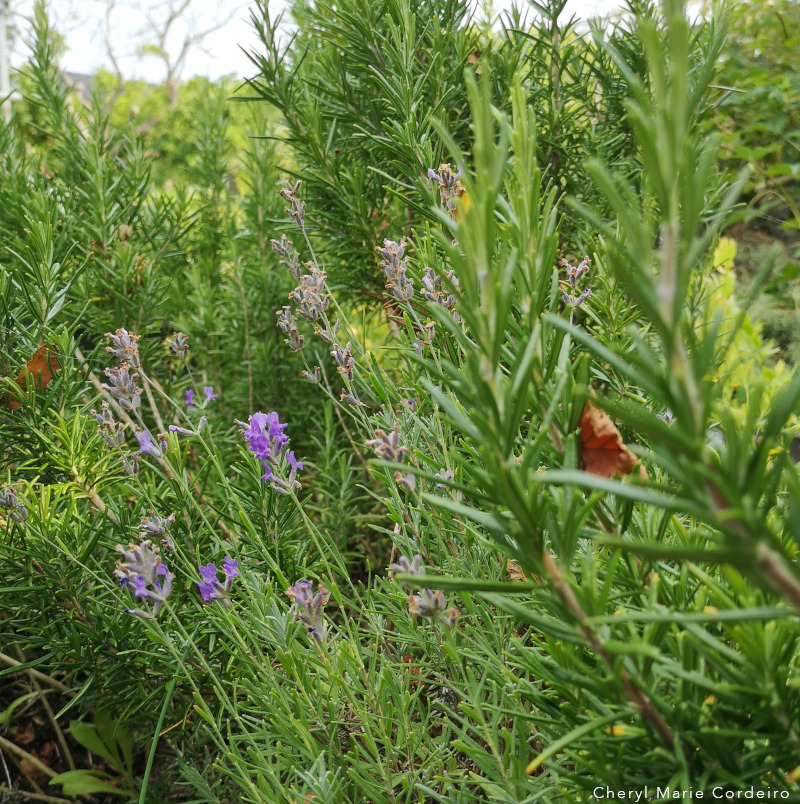 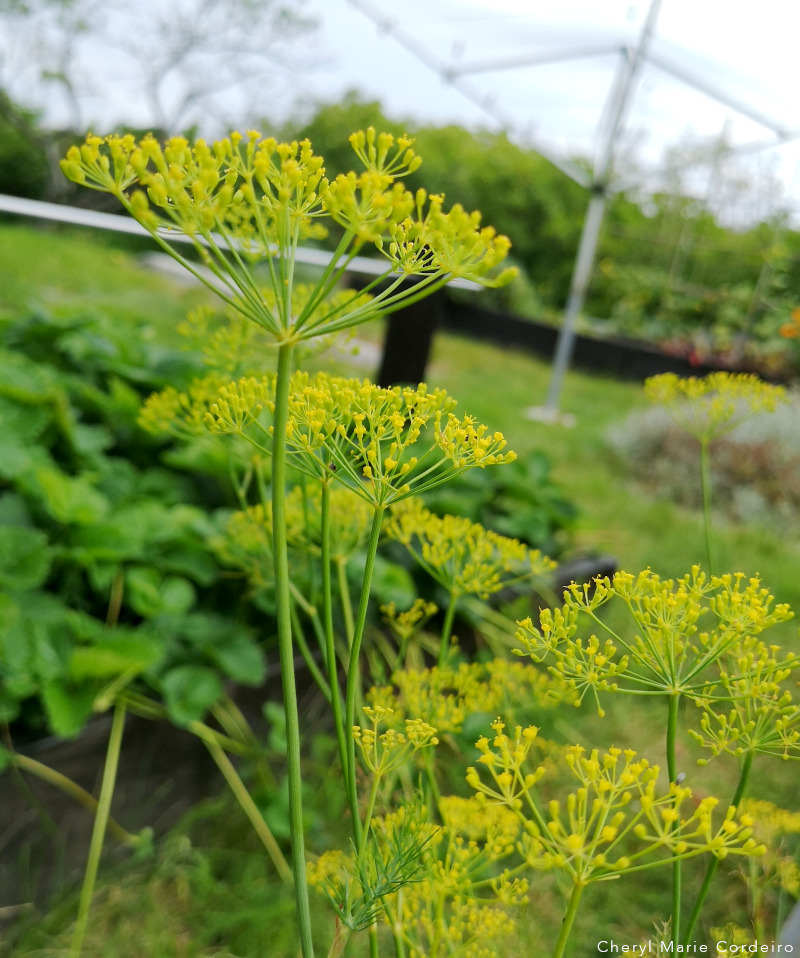 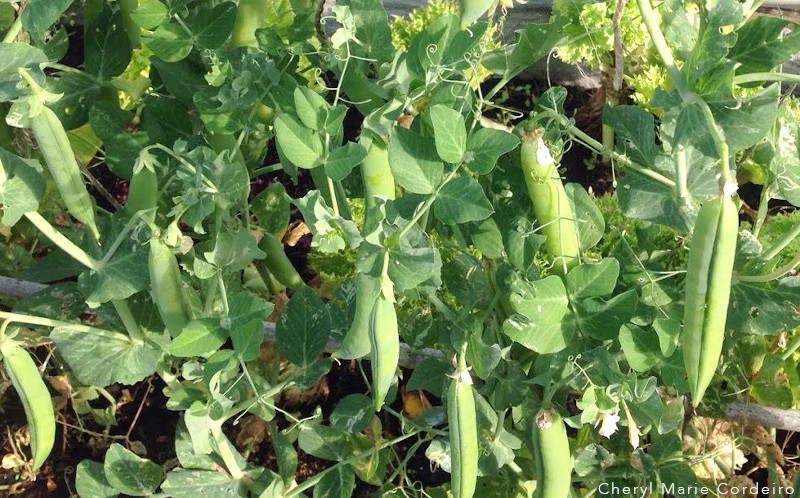 Pea pods, to be harvested. 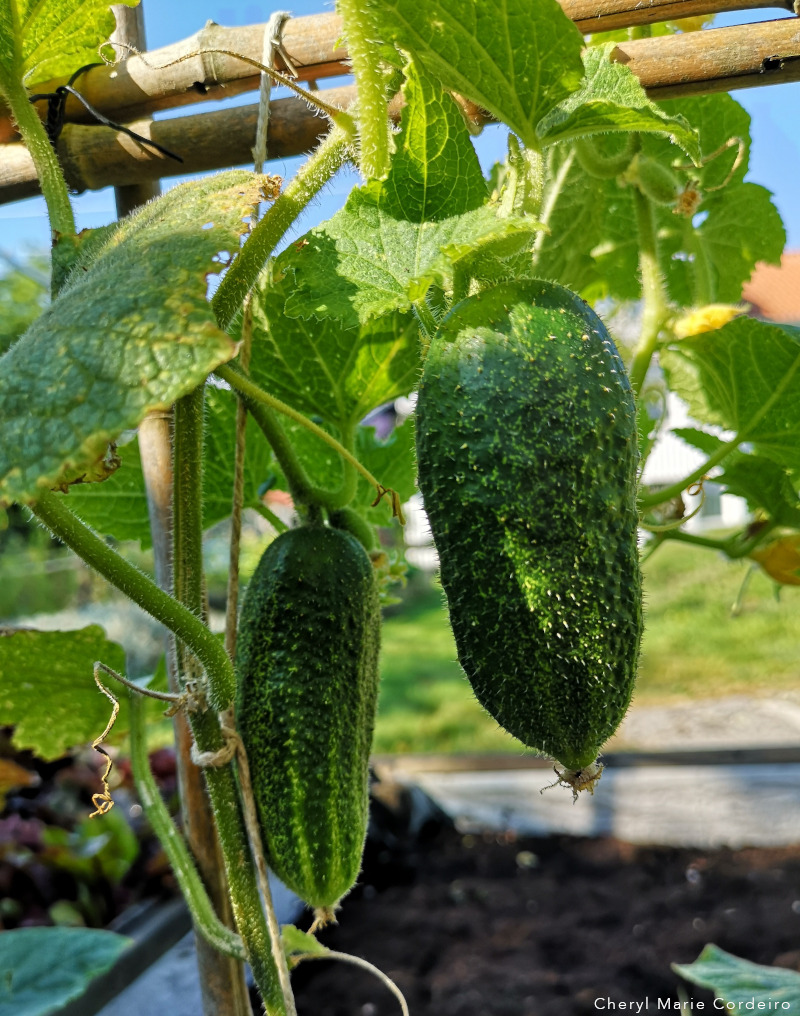 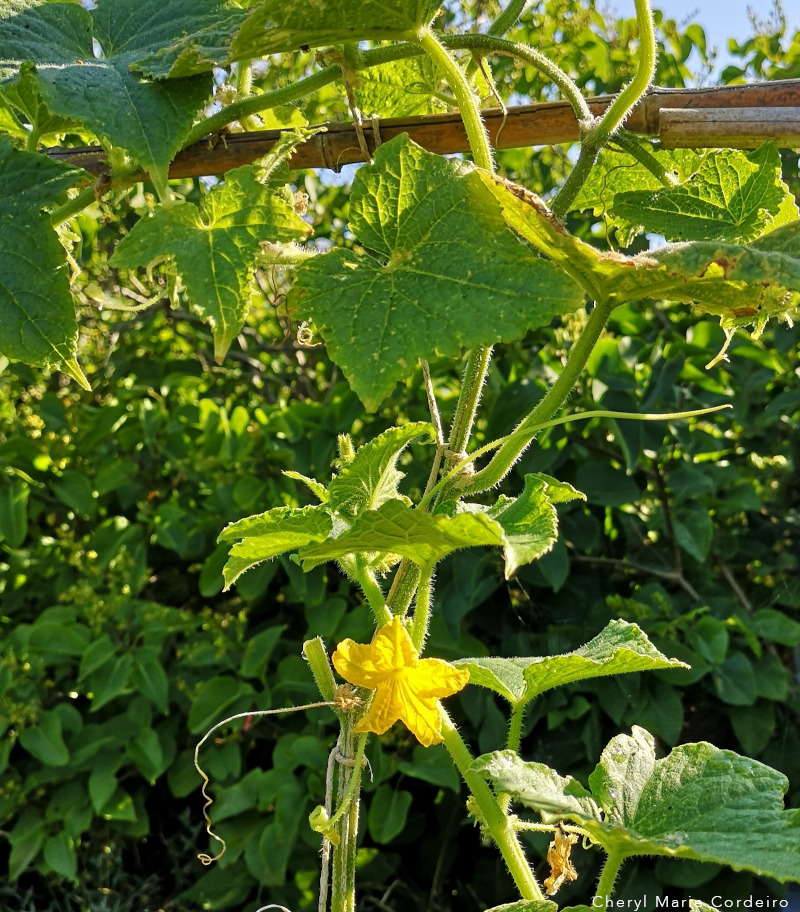 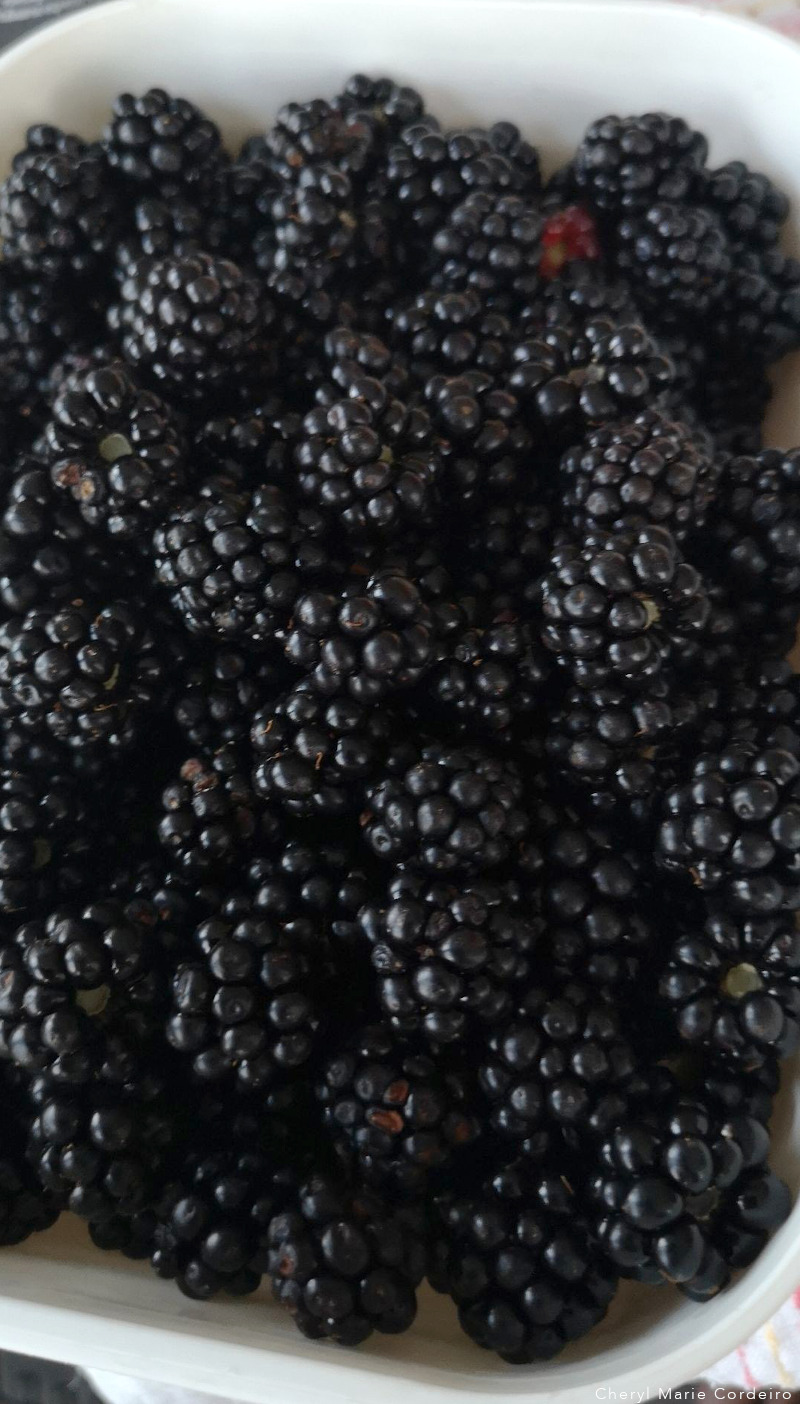 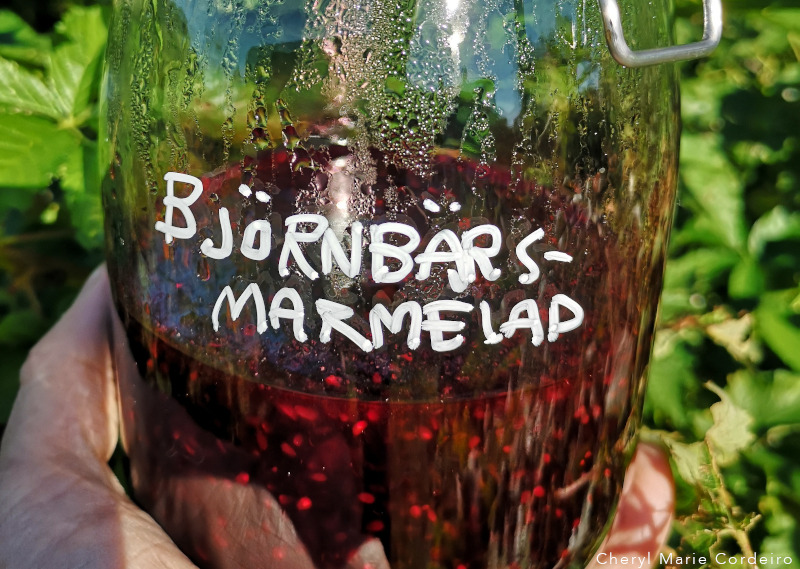 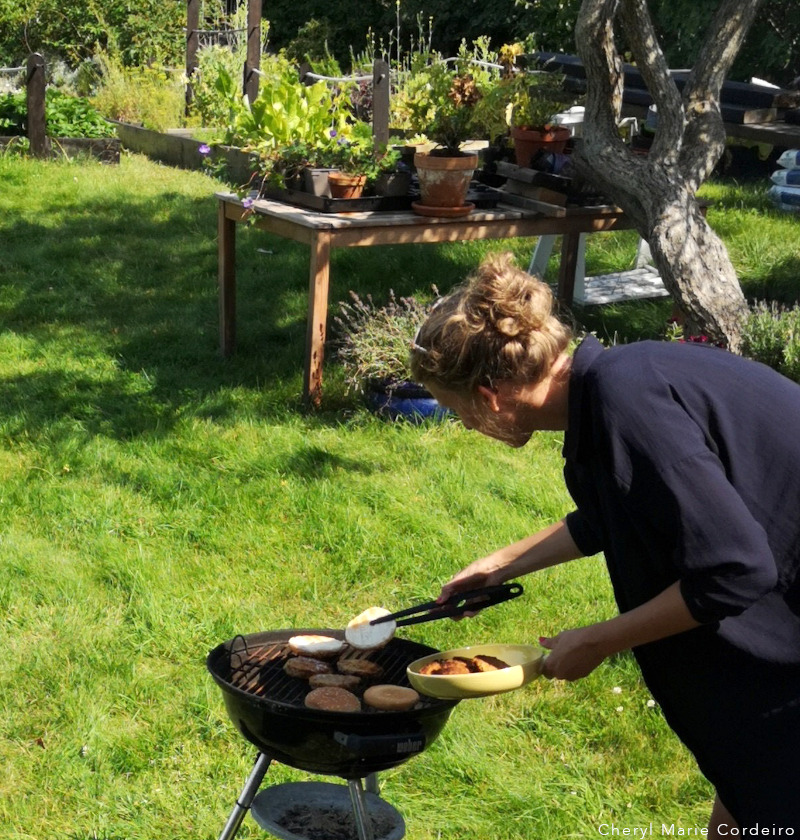 It took about twenty minutes or so for the BBQ fire to calm and the charcoal to turn into a hot gray ash. 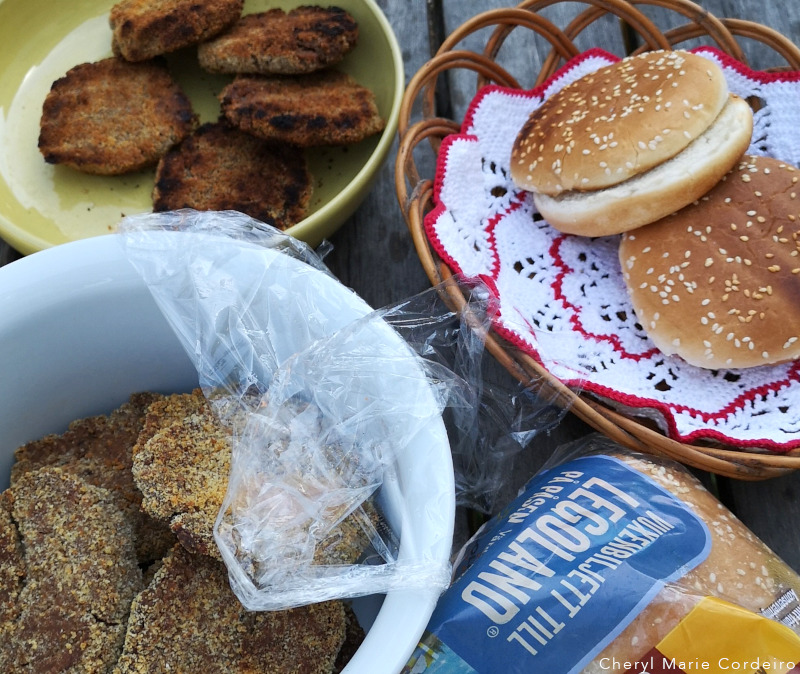 A mix of greens from the garden. A bowl of tzatziki in the background. Peas harvested from the garden. 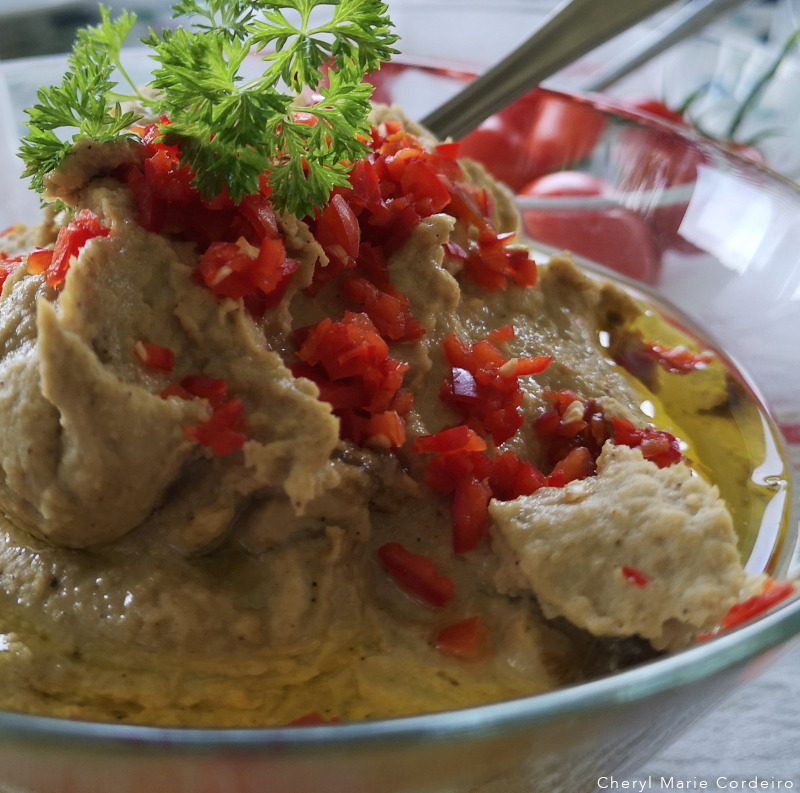 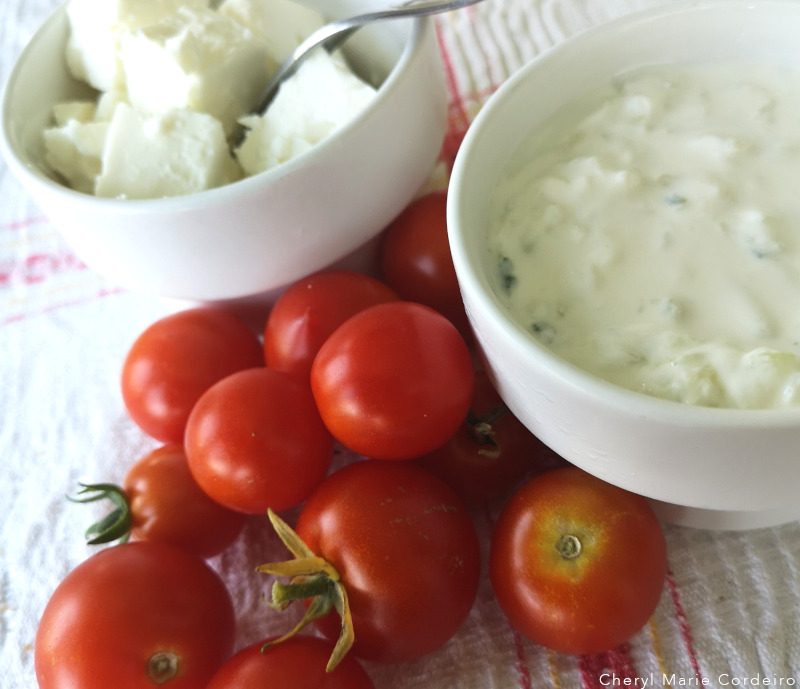 Fava bean burger. This version had a combination of tzatziki and hummus.