My first encounter with a pirog (a meat filled bun) was in a summer in Sweden at the ferry terminal called Saltholmen. Located along the Swedish west coast, Saltholmen is the gateway terminal to the southern archipelago summer bathing places of Gothenburg. The breezy boat ride, the scenic routes and the occasional street food sellers that bring with them pastries, ice-creams, sweet and savoury buns and summer fruits all make for pleasant trips out to the southern archipelago along the Swedish west coast. Although quieter this year over the summer, there were enough local and international visitors to the southern archipelago for the ferry terminal to set up specific queues for each incoming and outgoing ferry to the islands. 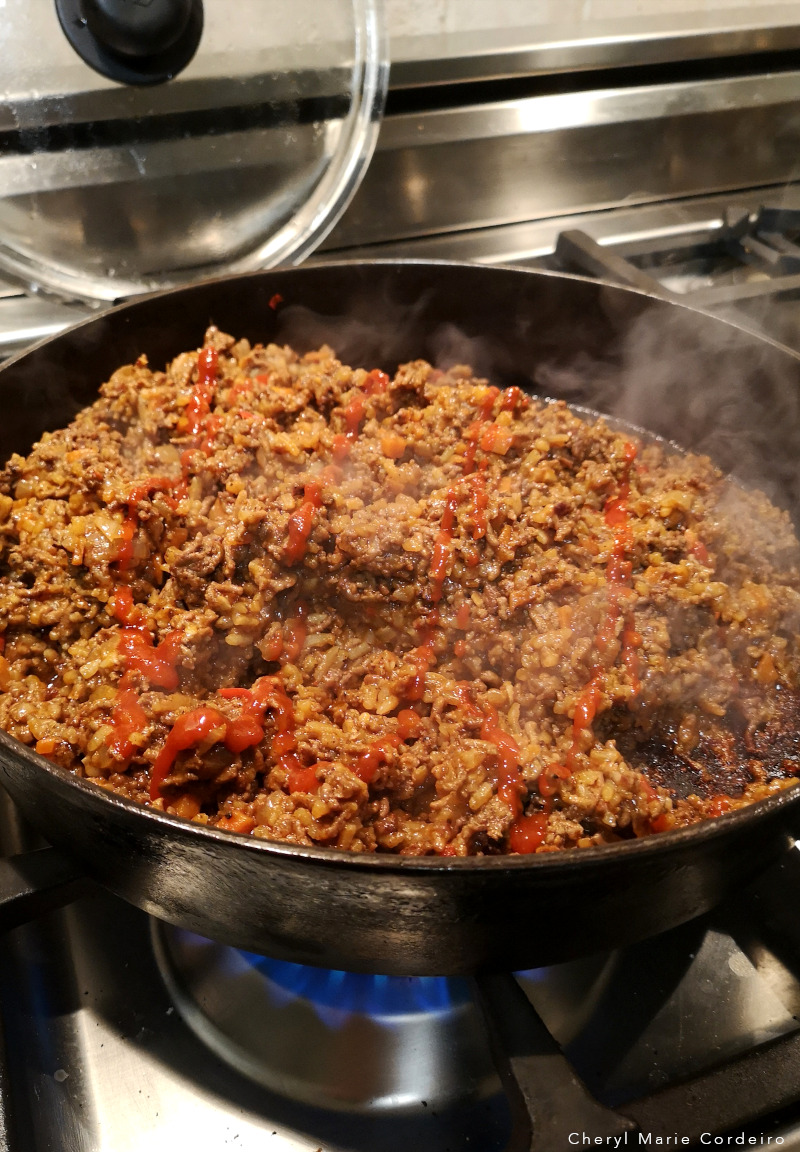 Minced meat filling for the pirog.

The pirog is widely popular in the Nordic and Baltic countries, which each region having their own variations with the meat filling. The pirog seems to be Russian in origin, although the recipe most popular in Sweden seems highly Polish influenced. The use of beef, tomatoes, onions and garlic seem staple in most recipes. The variations come in the form of types of herbs and spices used. In the past decade, Mexican taco spices seemed increasingly favoured as minced meat marinade, and the choice of preference remains for the use of either dill or parsley. Personally, I´d go for parsley or better yet, Herbes de Provence (which smells divine).

The recipe below is a basic recipe that makes 24 piroger. You´ll need to give time for the bread dough to rise, which is about an hour. The minced meat mixture takes just about 45 minutes of cooking time or less.

Personally, I haven´t had a pirog bought from the street stall at Saltholmen in eons, the reason for this weekend bake. It reminds me of a larger version of the savoury steamed Chinese meat dumpling. It also reminds me of the curry puffs you can buy back in Singapore, the more common filling being chicken curry and egg. There are savoury pastries filled with sardines and onions too, usually sold at breakfast markets. Both savoury pastry versions are equally delicious.

With its elongated shape and ample meat filling, it´s easy to understand why the pirog has caught on as the perfect summer food on-the-go for a visit out at the southern archipelago of Gothenburg. Well, at home over All Hallows Eve weekend and with a touch of warm autumn spices to the minced meat, it makes for a perfect autumn meal too. 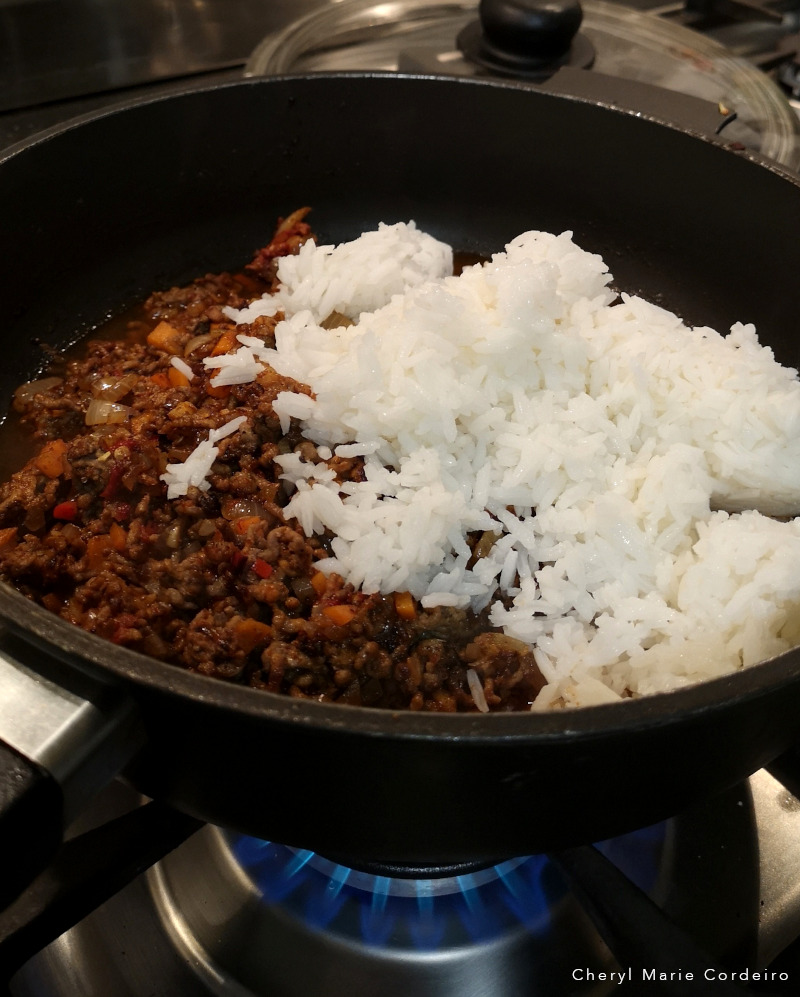 There are many variations to the pirog filling. Browse the internet and you´ll find recipes with added cabbage, carrots, mashed potatoes and mushrooms. This variation is made with rice. Other types of grains have also been used, such as barley. 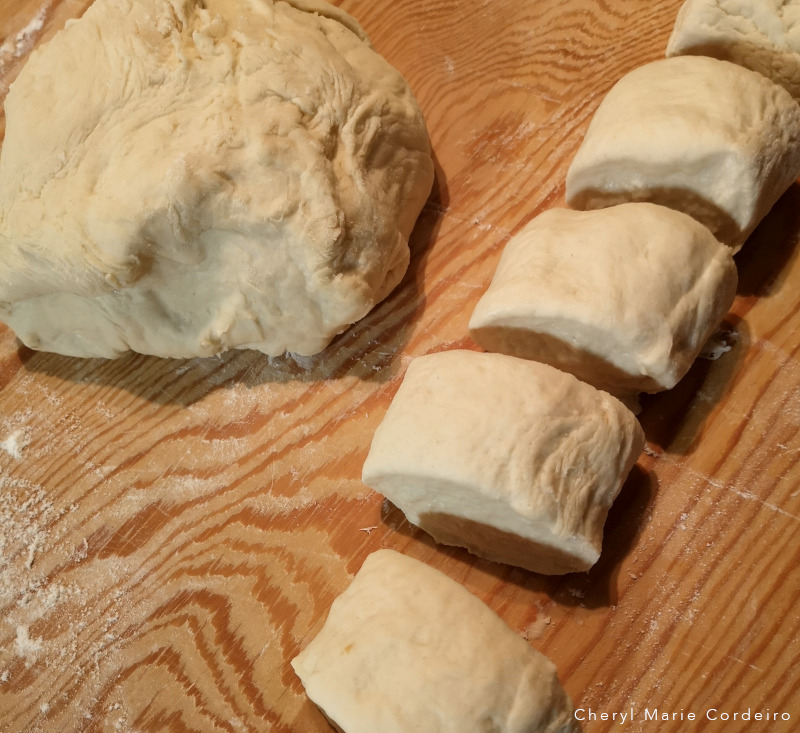 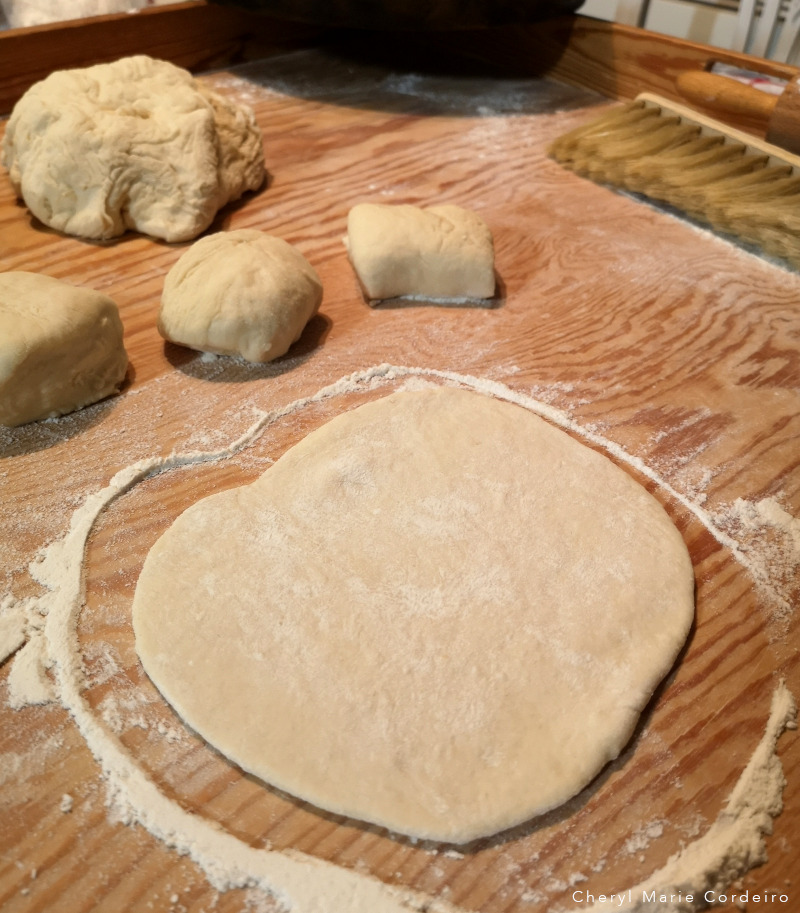 Once the dough has risen, divide the dough into equal portions to be rolled out and used as wrapping for the pirog. 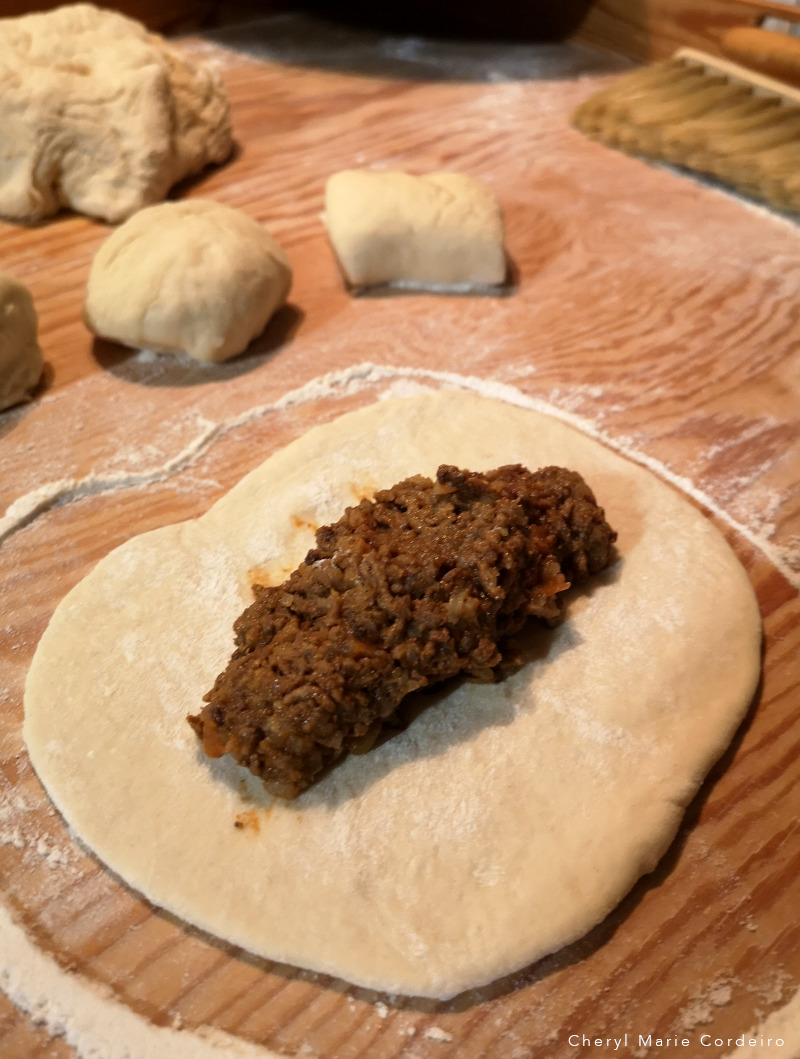 Place as generous a portion of the minced meat filling in the pirog wrapping. 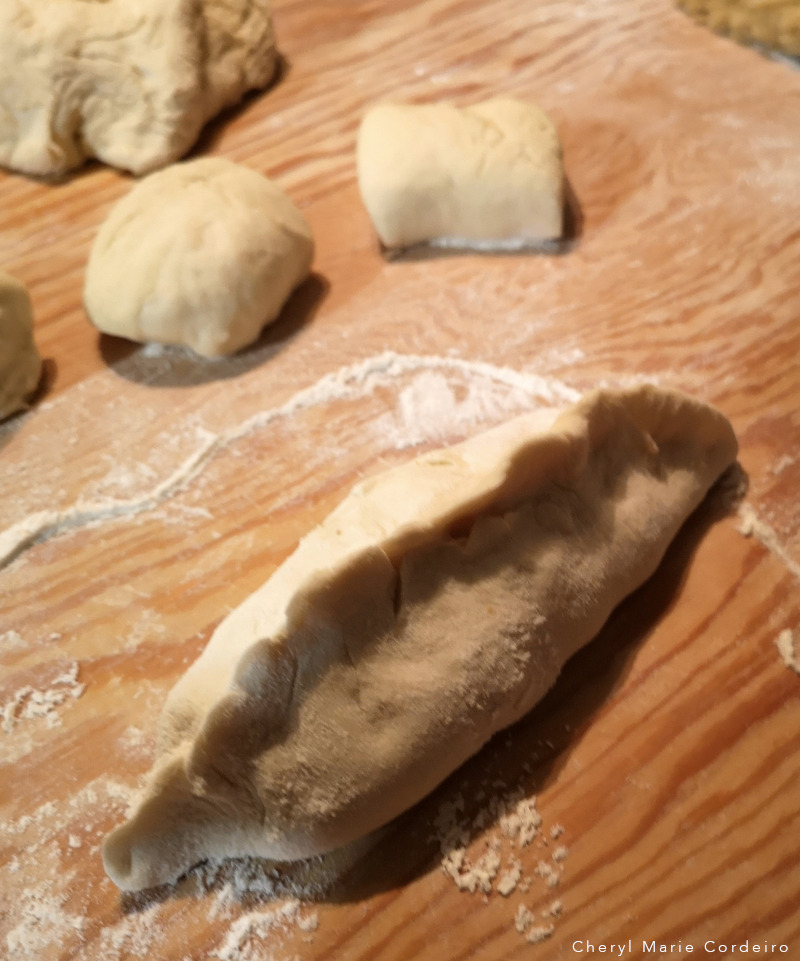 Pinch close the dough, which might then resemble a large version of a Chinese dumpling, or a curry puff that can be found in Singapore Indian and Malay cuisine. 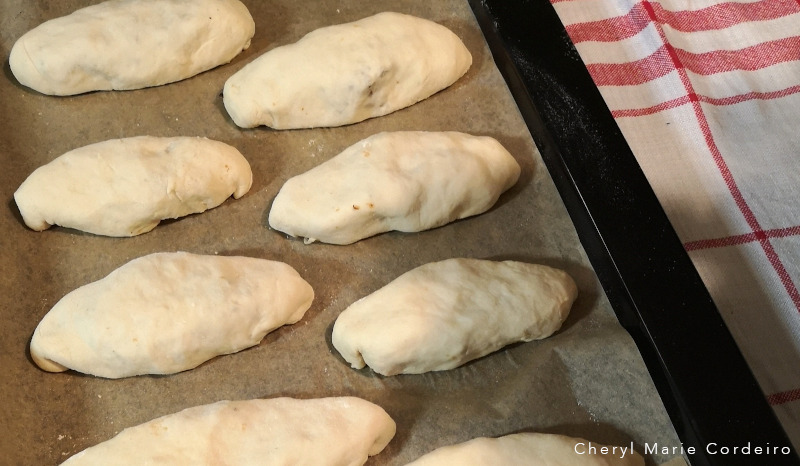 Place the piroger evenly apart on the baking tin prior to baking, allowing room for the dough to rise further in the oven. Looking snug under the tea towel, just out of the oven.