I last wrote about making pineapple tarts in March 2010. My thoughts then were focused on the method of making pineapple tarts. The open-faced tarts with a cross over the top was something I grew up learning to make in the Eurasian household. As a child, I remember that there were many more rules from my mother about how to make pineapple tarts. It had to be shaped in a certain manner, crossed over the top and pinched over the crosses in a certain manner. I thought these were rules of good, and proper baking. I was never told why we made tarts in the semblance of a coin with a cross on top. I always thought it was a show of kitchen craftsmanship and that you tried to make the tart as pretty as possible.

It was only recently that I discovered two converging historical narratives. The first on the social history of the pineapple. And the second, the circulation of pieces of eight, the Spanish dollar.

So this festive season, when making these delicious morsels of jam filled pastry, my thoughts are on the Spanish Piece of Eight (also known as pirate coins), the semblance of the open-faced pineapple tart to a Piece of Eight and its social history as a symbol of hospitality in Colonial America. 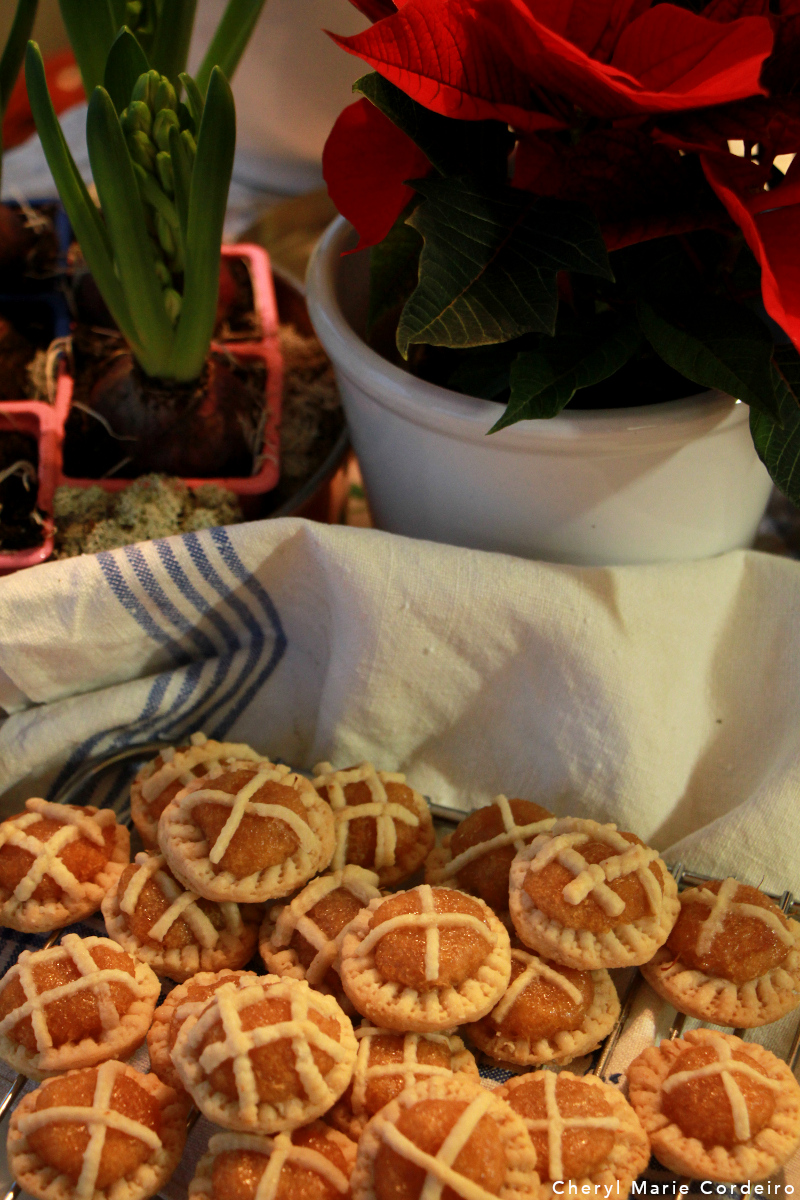 Pineapple “Pieces of Eights”. These are just out of the oven.

Pineapple as symbol of hospitality

According to some pineapple chronicles [1], the wild plant is native to Latin America, Brazil and Paraguay. It spread as a crop throughout South America and reached the Caribbean, Central America and Mexico where it was cultivated by the Mayas and Aztecs.

It was in November, 1493 when Christopher Columbus first encountered a pineapple on the island of Guadaloupe. The fruit was noted for its segmented exterior that resembled a pine cone and its firm interior pulp like an apple. Columbus brought the pineapple to Spain and called it piña de Indes or “pine of the Indians”. In Europe, what made the ripened pineapple a favourite of the European Renaissance culinary scene was its sweetness, where at the time, sugar refined from cane was a rare and costly commodity. Fresh fruits were also rare items. Orchard grown fruits were available seasonally.

Pineapples remained a rare and coveted commodity in Europe into the 1600s. In light of King Charles II of England posing for an official portrait in an act of symbolic royal privilege of receiving a pineapple as a gift, the pineapple began to take on luxurious connotations that in time, dovetailed with its symbol of hospitality in Colonial America. By the 1700s, pineapples were exchanged as gifts by the wealthy and well-to-do, and it was a delight for guests to see dining tables displayed with a pineapple as a center-piece.

According to the Sea Research Society [2], pieces of eight were legendary pirate coins cut and stamped from silver rods. A single piece of eight during the 1700s would pay for 2 weeks labour. They were made by native American craftsmen in Mexico, Peru, Colombia, and other countries in Latin America who were enslaved by the Spaniards. The coins were known for their high silver purity.

Growing up, my mother used to make pineapple tarts to send away as Christmas gifts to friends and relatives. When glazed with egg whites after they come out of the oven, its deep golden hue under that shine makes it look like golden coins of treasure sitting in a glass jar.

In this session of pineapple tarts making, as I pinched the edges of the shortcrust pastry to create that floral pattern of the tart, I couldn´t help but wonder if the convergence of pineapples as symbol of hospitality, and the cross on top of the pineapple that makes it resemble a piece of eight (albeit, in modernity, gold is far more valued than silver) lives on in today´s jultide traditions.

Either ways, pineapple tarts make pretty Christmas gifts, if there is any left once out of the oven. 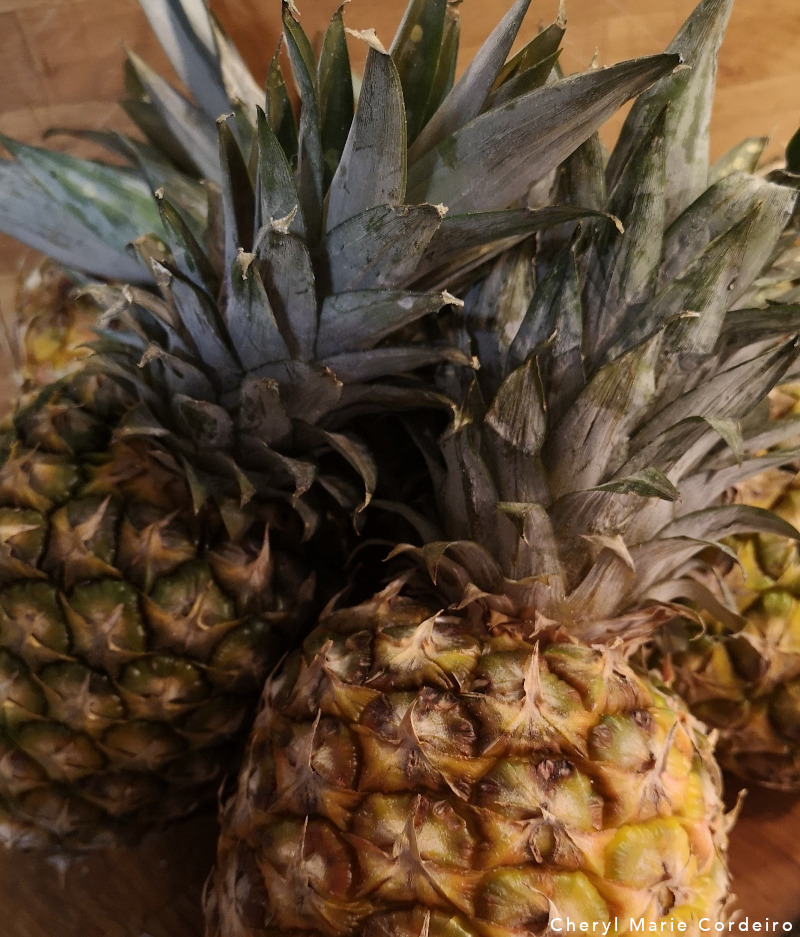 Pineapple as symbol of hospitality in Colonial America. 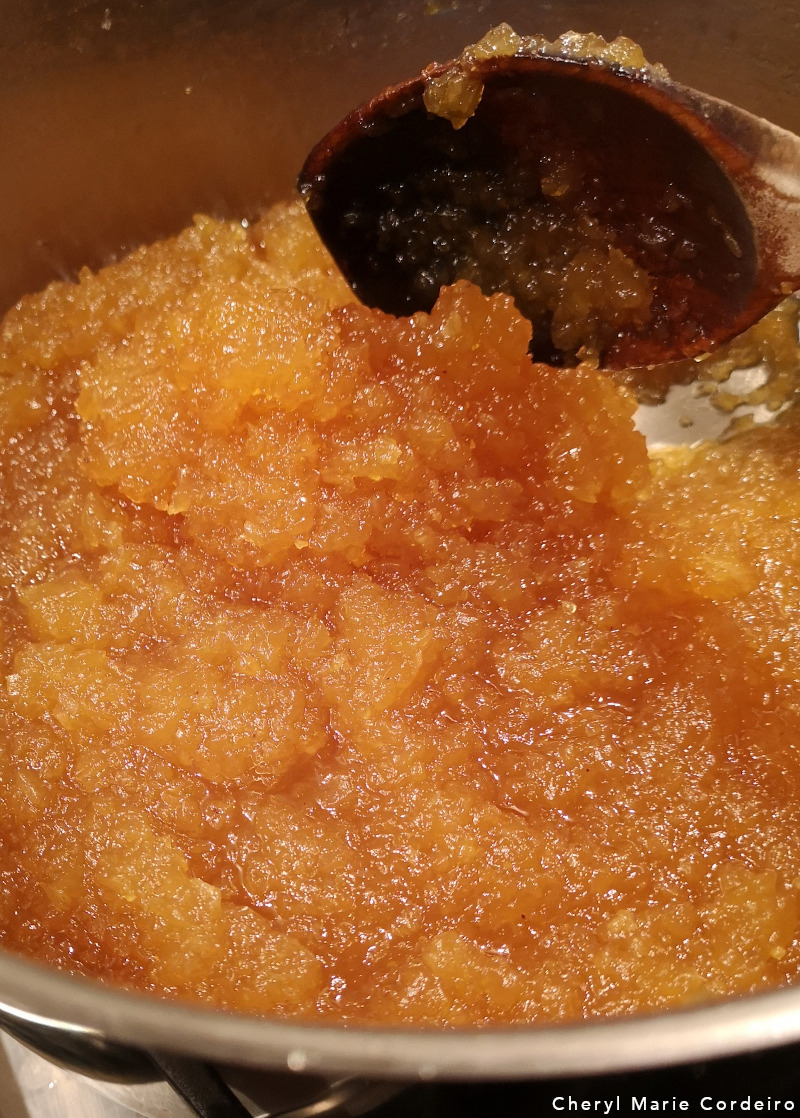 Simmer the pineapple jam till the liquid thickens, almost absorbed into the pulp again. 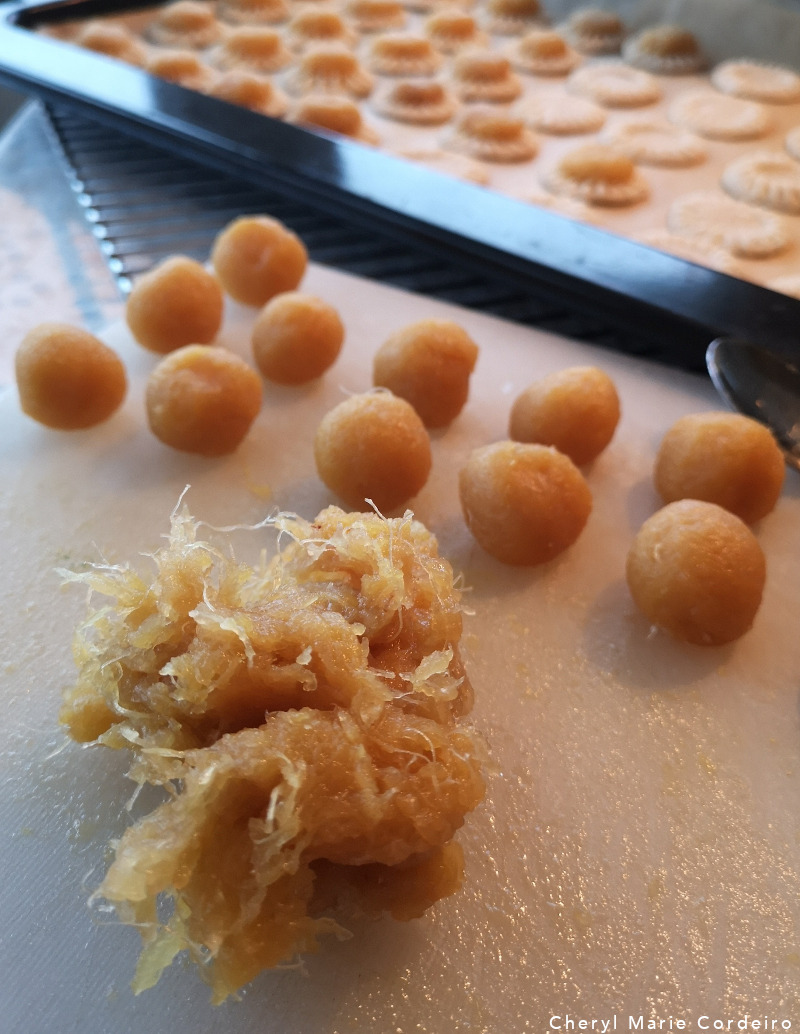 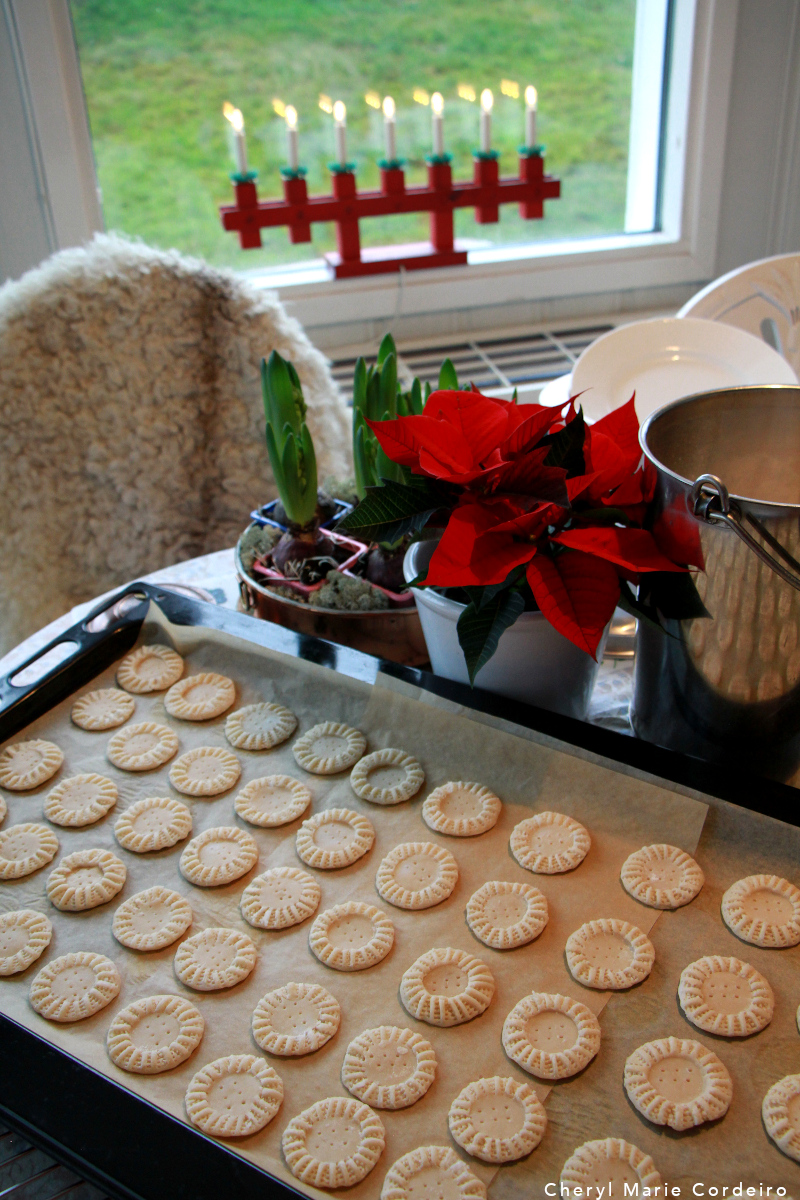 Pinched all around, and pricked in the middle. 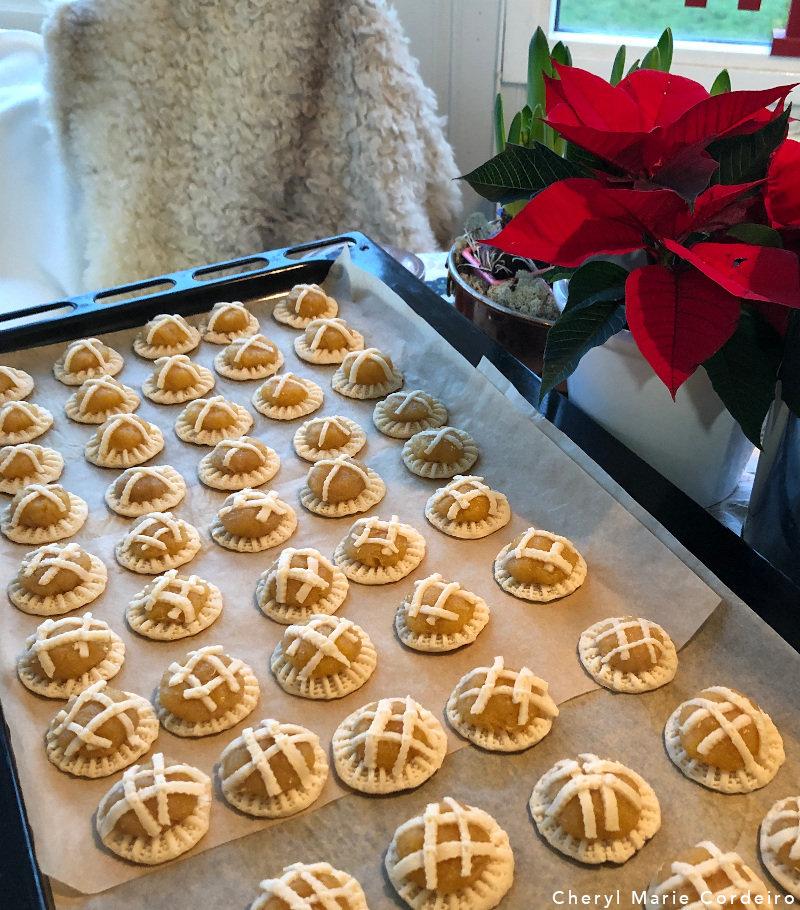 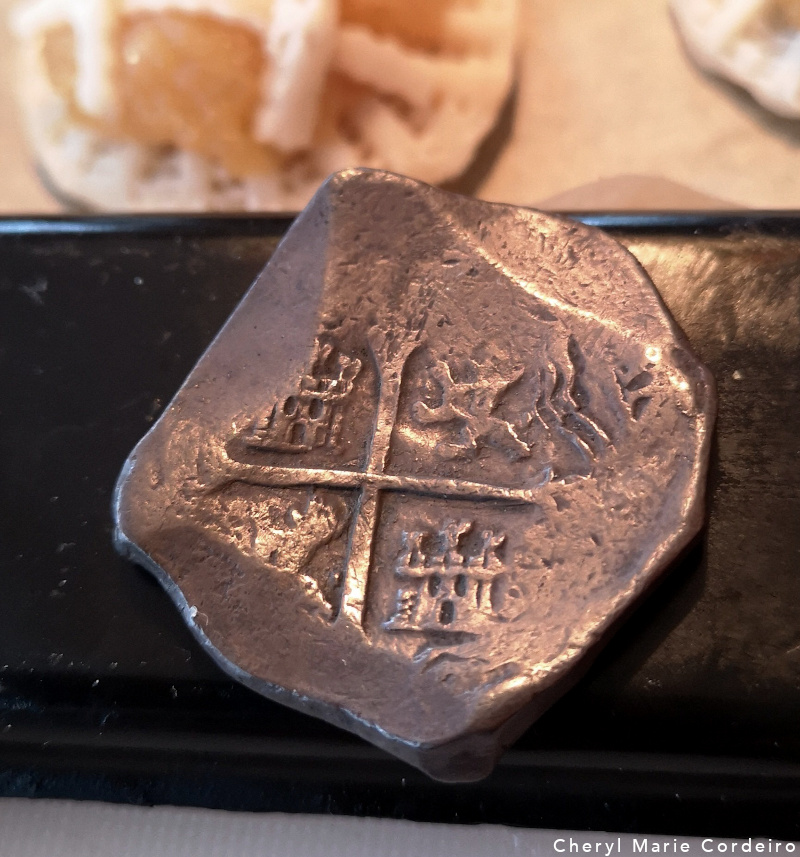 A Spanish ‘Piece of Eight’ colonial ‘pirate money’ or cob coins, to the value of eight reals. These were chopped and hammered out by the millions out of massive bars of South American silver and used throughout South East Asia as a much appreciated. While the westerners settled for counting them, in Asia they were traded by weight. 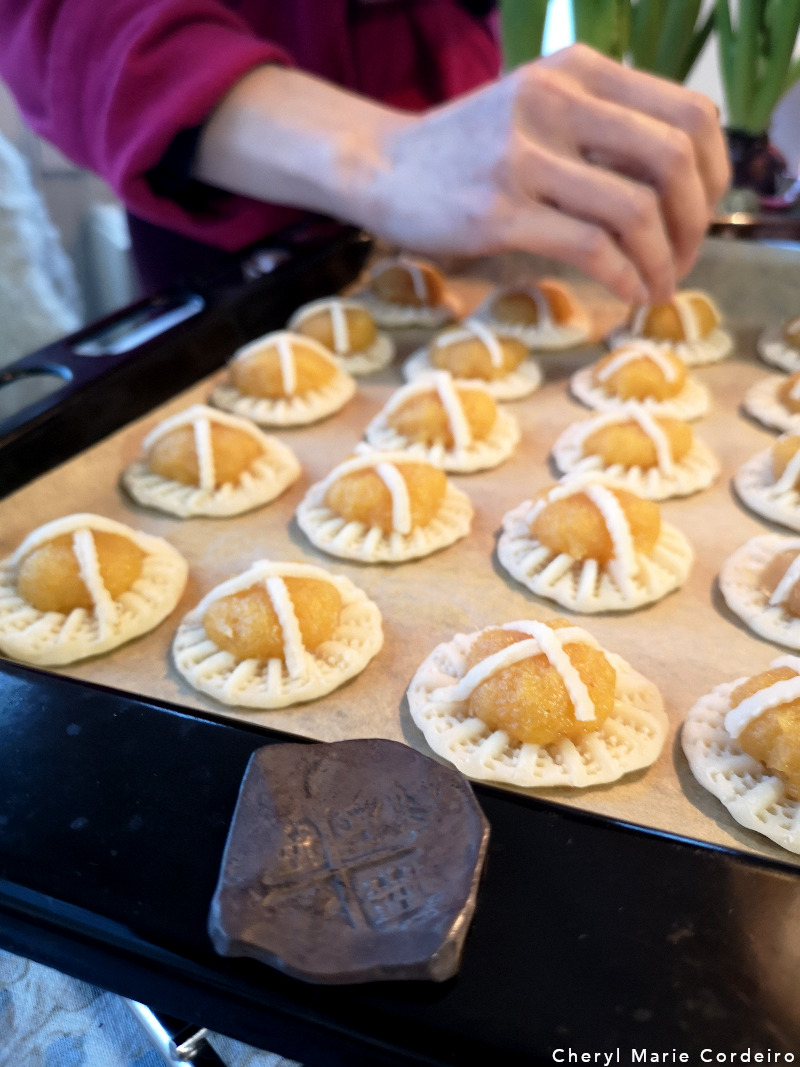 This particular example of a Piece of Eight has been dated to the reign of Philip II of Spain.