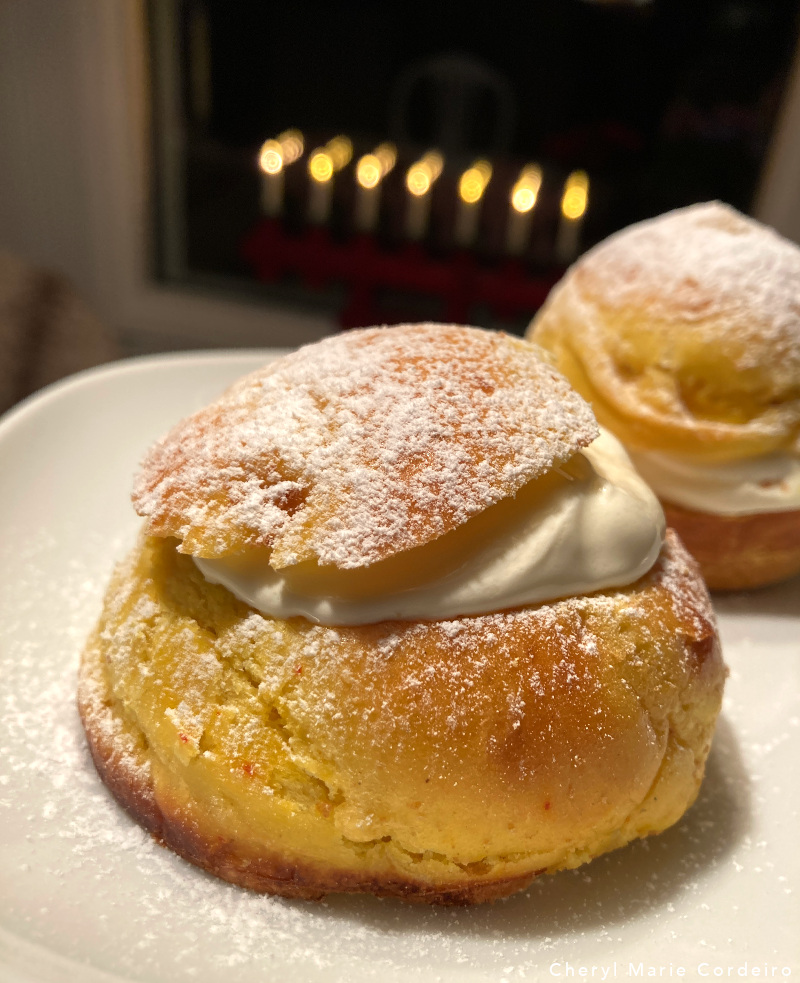 A saffranssemla. Like a semla, only with saffron added, along the Swedish west coast, Sweden.
Text & Photo © CM Cordeiro & JE Nilsson 2020

I did a post-Christmas grocery store run yesterday in Sweden. To my horror, I saw trays of semlor being brought out from the bakery department. I took a double take on the trays, to see they were not actually large cream puffs, because, why not? But, there were no cream puffs. The trays were filled with luscious marzipan and cream filled semlor, headed to the bakery shelves. A lovely sight, but a little early, I thought.

Semlor is a traditional bake that is associated in Scandinavian culinary heritage with the period of Lent, leading up to Easter. It is usually eaten on Fat Tuesday or Blue Monday. In 2021, fettisdagen will fall on Tuesday, 16 February. I remember that St. Lucia Lussekatter would mark the days before Christmas, and there would be a small, anticipation filled break of confectioner bakes, till the beginning of January, when the semla would appear in the shops. In the past decade, I´ve begun to observe the semla making a creeping earlier appearance in the shops. And this year, immediately after Christmas, is apparently time for semlor.

The saffranssemla is not completely controversial or new. There are recipes online to follow on how to make saffranssemlor, and gorgeous pictures of the confectioner bake have been shared by others. Saffron, contrary to my initial impression, has a myriad of complementary flavour pairings [1]. In making sweet confections, saffron pairs well with rose water, apples, almonds, cardamom, honey, milk or cream and cinnamon. Almonds, cardamon and cream are exactly what goes into a traditional semla bun, so it sounded perfect to add saffron to that combination.

Floral and aromatic, I can certainly understand why Swedes would consume a total of 40 million semlor buns in one year [2]. Personally, I think the saffranssemla is a nice transition confectioner bake between Christmas and Fettisdagen. These buns fill the kitchen with the fragrant blend of saffron and cardamon when in the oven, and the sunshine yellow helps brighten any culinary setting, whether you´re having this for breakfast, or in the late winter´s afternoon. 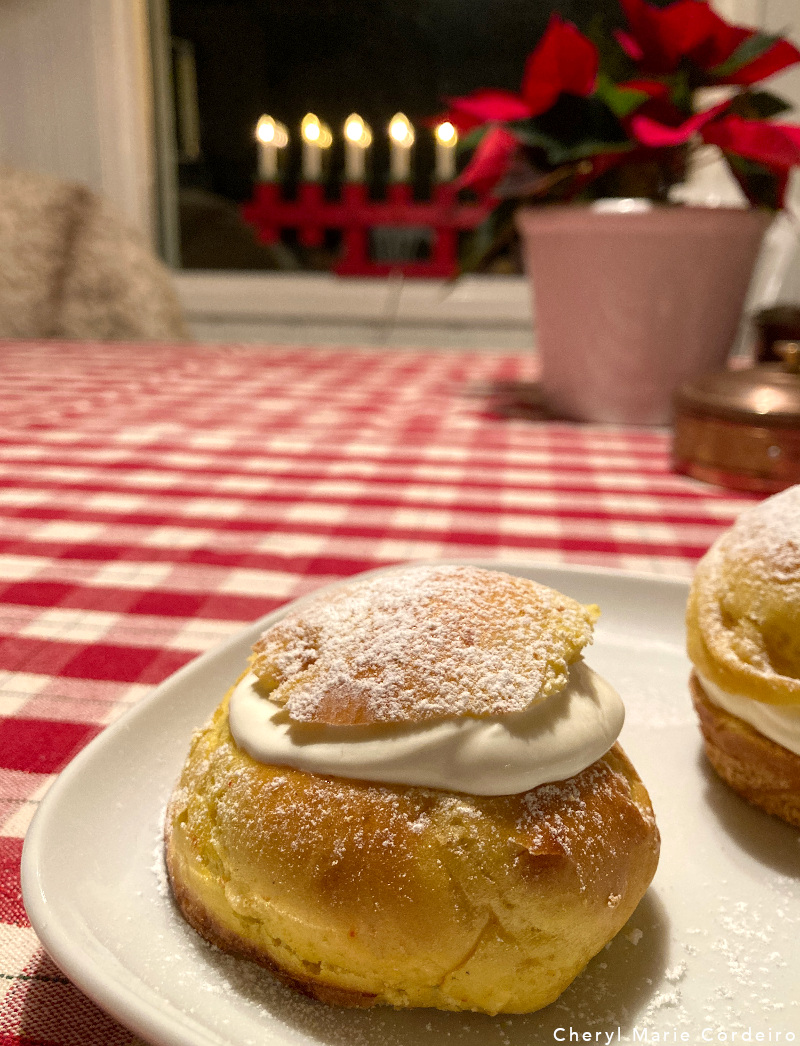 These saffransbullar were made in the size of a mini muffin, which gives the possibility of exploring different flavoured whipped cream. A popular version seems to be saffranssemlor with lingonberry whipped cream.