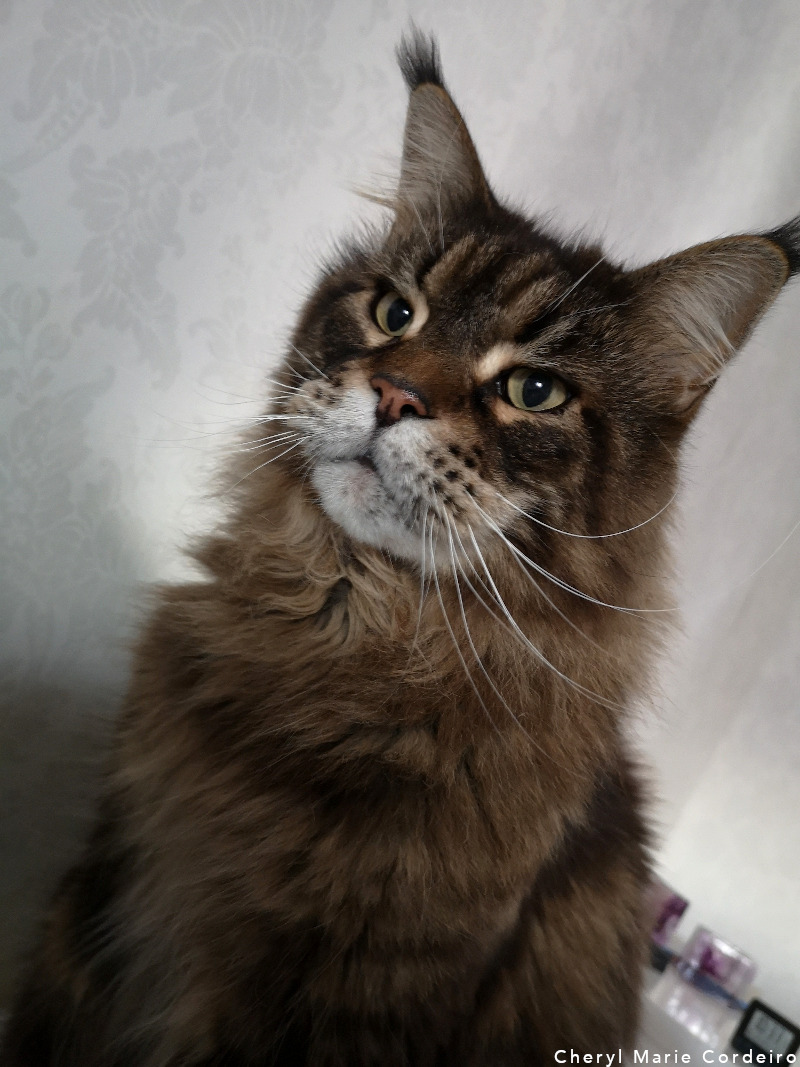 It´s been a quiet Christmas 2020 for this one too. He was born in Norway and at 8 years old, he weighs about 9 kg. He loves water, and loves playing in his water bath. He loves sleeping thereafter on top of an electric blanket, particularly the one found in the master bedroom. He often sleeps on his back, all four paws in the air. Else, on his side, lengthwise, with his long paws draping off the edge of the bed.

He´s tall. We have had neighbours who wondered if he was a lynx. He spends most of his time outdoors in the summer months. 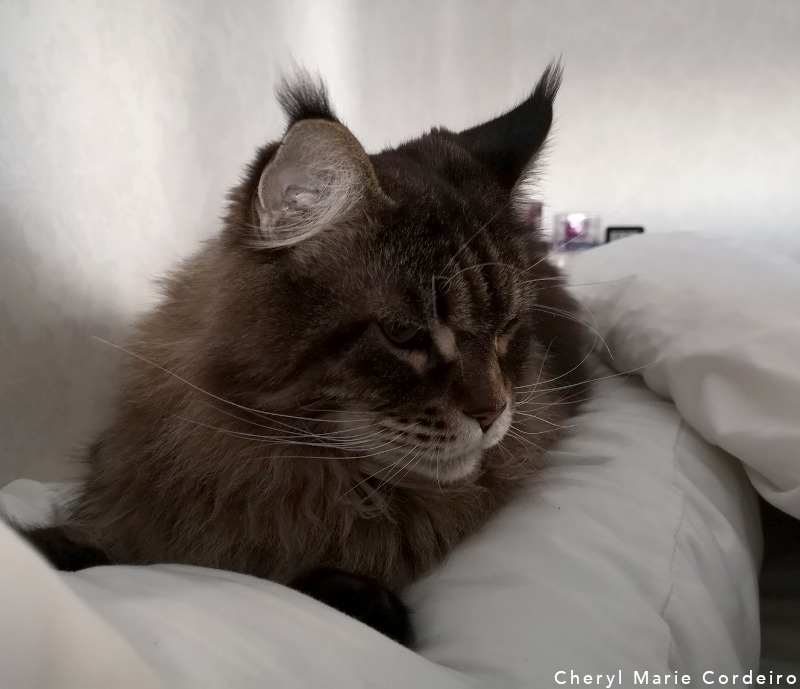 He decided on this day, to sit on my headpillow. He was soon napping.