25 March 2021 marked Waffle Day, and I didn´t get an opportunity then to make any waffles for the day. So this weekend, we had oven baked two whole chickens, and I thought to make a small batch of chicken waffles.

All ingredients were placed in a food processor, and blended till well combined. I think I could experiment some with the ratio of parmesan cheese, eggs and pork rind to get different batter consistencies, but this batch worked out well for holding the waffle together. We had baked the chicken with a smothering of BBQ sauce, so it smelled amazing when cooking as chicken waffles. I topped this one with some crab pastej and salmon caviar, but I´ll be trying other toppings to these waffles in future.

The waffle and dessert-like appearance of this chicken waffle is deceiving. These waffles make for a solid breakfast, and I figured, smaller waffles would also be on the list to try the next time around. 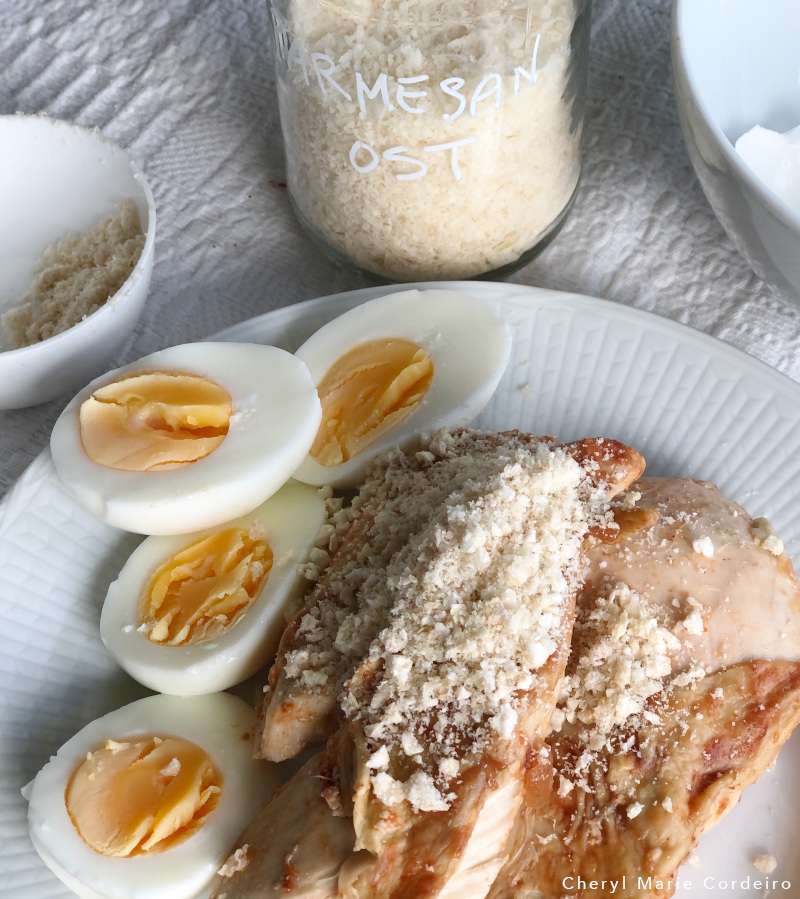 Ground pork rinds, grated parmesan cheese, eggs and chicken are the ingredients to this batch of chicken waffles. 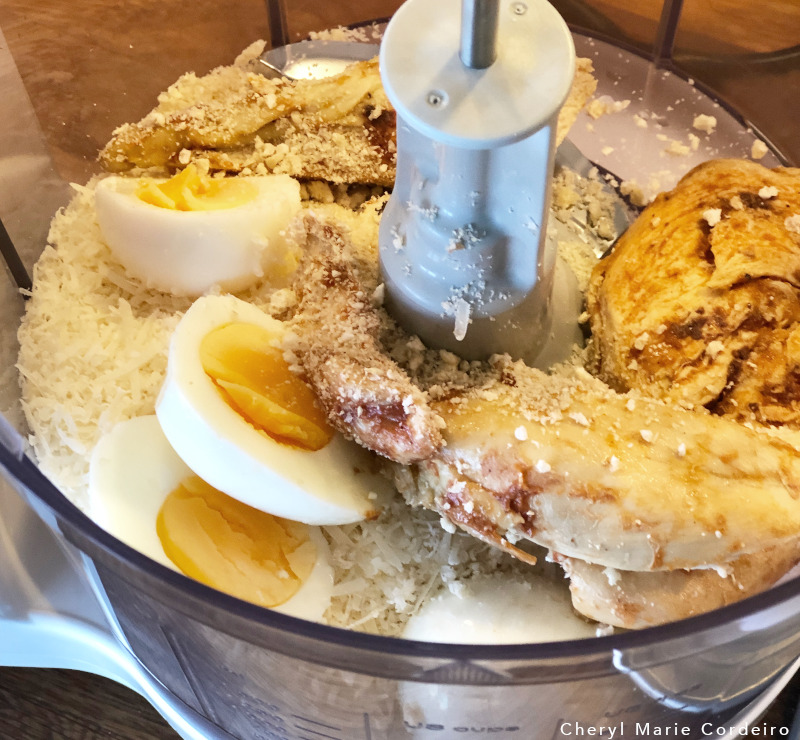 Into the food processor, and blended till well combined. 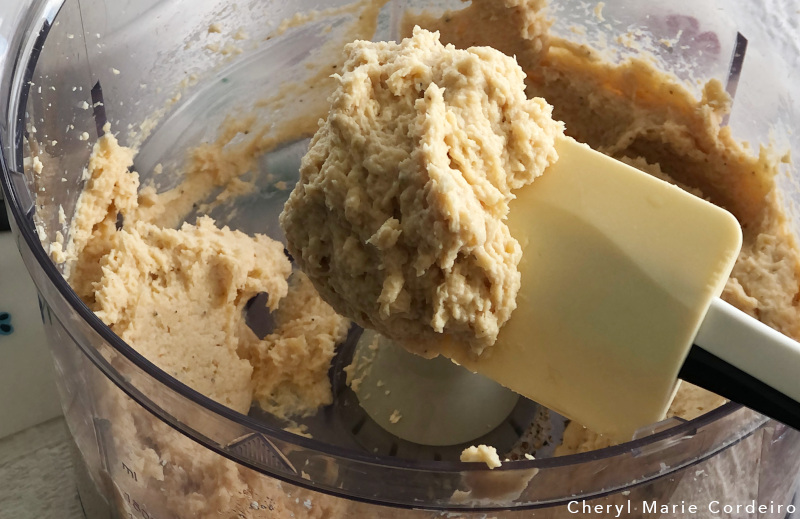 Texture of the batter. 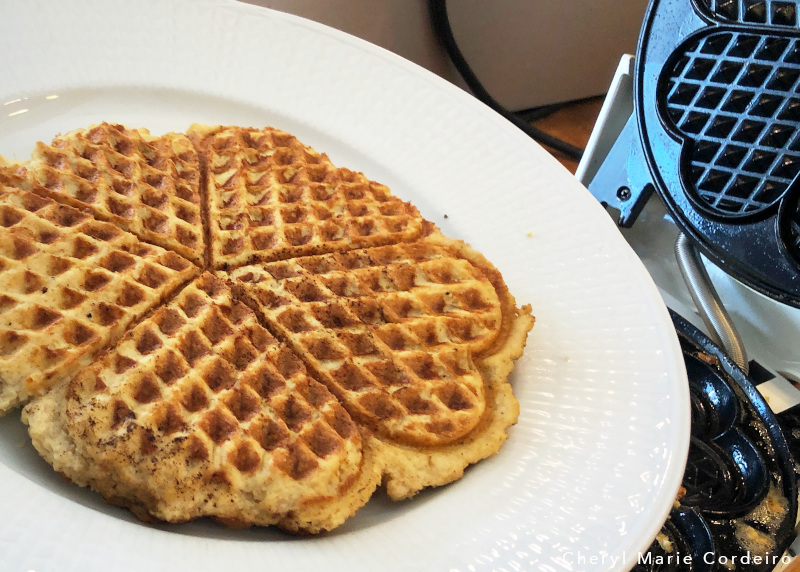 Out of the well buttered waffle press.