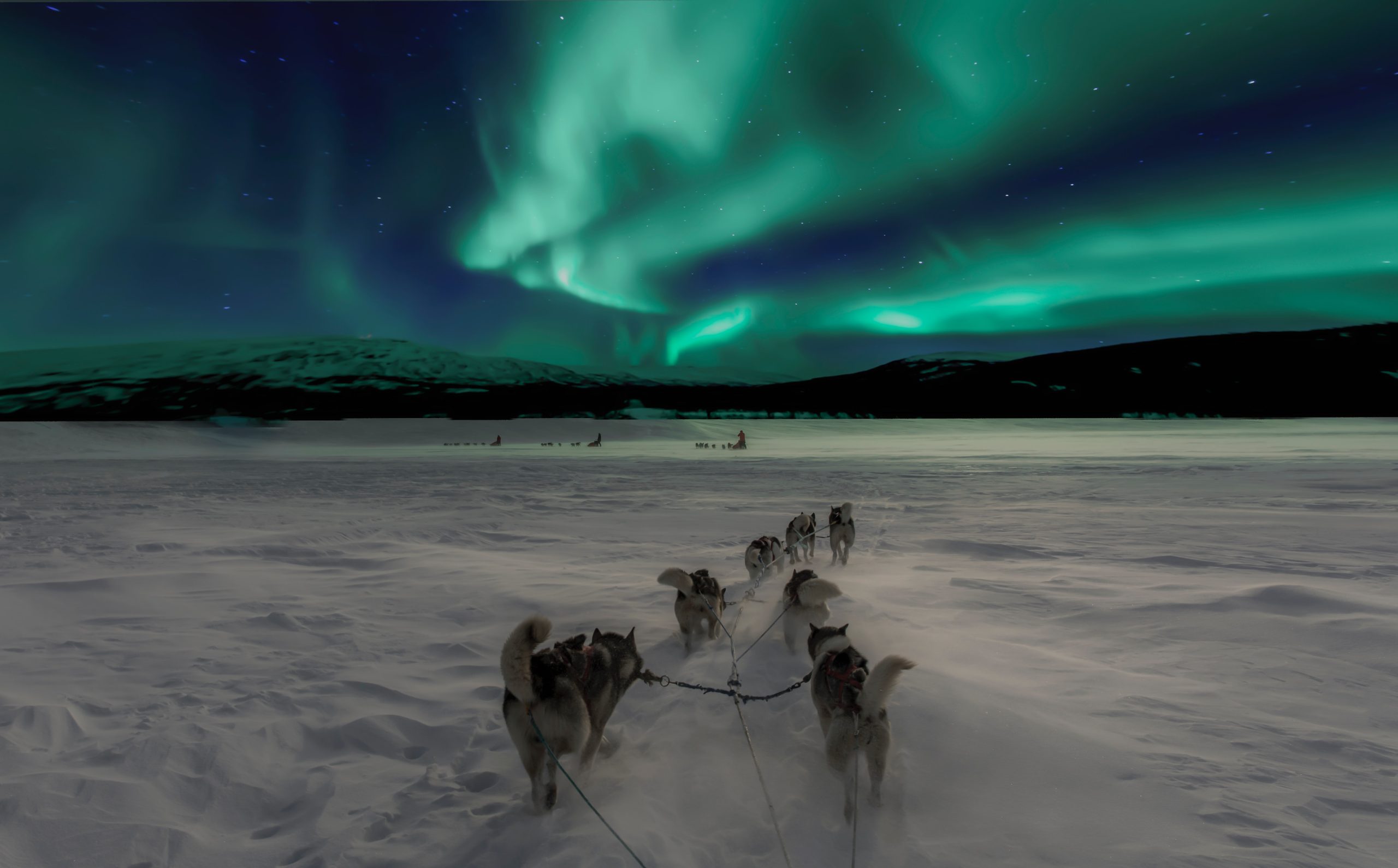 It was pictures of Tromsø by individuals such as Thomas Lipke that made me fall head over heels in love with the compact Arctic City. I spent all of two days somewheres in early 2018, browsing tourist information sites that featured Tromsø, and after closing several consecutive running windows on my laptop, I decided that I could move there to live and work, time indefinite. I completely ignored the fact that I was city born and bred in equatorial Singapore. 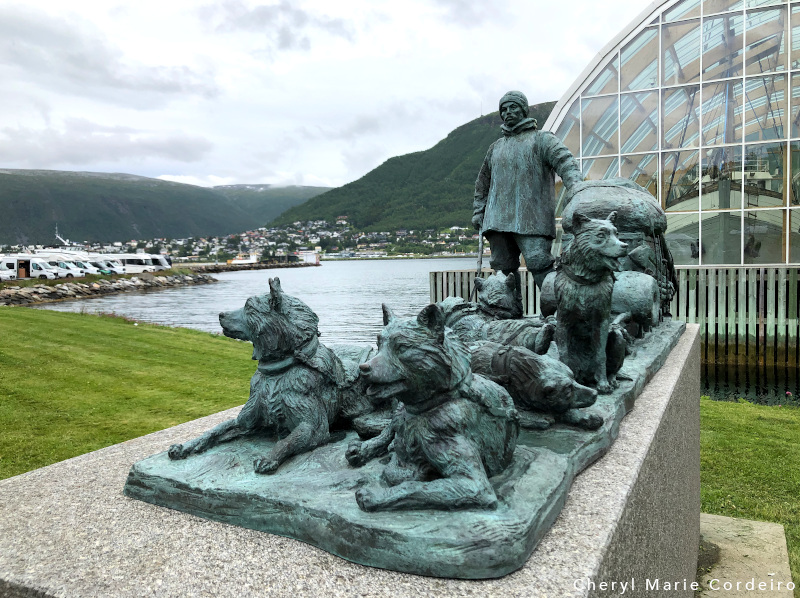 Helmer Julius Hanssen (1870-1956) was a Norwegian polar explorer and sea ice captain. He was part of the five-man team that reached the South Pole on 14 December, 1911, along with Roald Amundsen, Olav Bjaaland, Oscar Wisting, and Sverre Hassel. This monument of Hanssen is located at Polaria, Tromsø, Northern Norway.
Text & Photo © CM Cordeiro & JE Nilsson 2022

Tromsø is a compact and magical city where the winter skies now and again, reflect the peculiar greens and purples of the aurora that can captivate most for hours. It is a region where you can see, as much as hear and feel the solar winds that surround you.

While visiting Tromsø and Northern Norway by cruise ship or on group tours is common, to live and work in the city of Tromsø where your office is located on the campus of the globe’s northern most university, UiT The Arctic University of Norway, is a rare opportunity. In case I begin to doubt, and disbelief that I had ever spent four years of my life in the Arctic Circle, I thought to jot down some notes of “you know you’ve spent some time in the Arctic Circle when…”

– you think nothing of climbing an ice-slicked 2.5 horizontal to 1 vertical or greater (approximately 40 percent) slope, in sneakers, in the middle of winter, because that is the shortest route from bus-stop to your destination
– you no longer panic when your car climbs slopes of 30% (~3H:1V) and you can’t see any oncoming traffic over the hood, but believe it will turn out alright eitherways
– there are only 2 seasons through the year called (i) sun-up, Polar Day and (ii) sun-down, Polar Night. The seasons (or are they days?) are distinguishable by that Polar Day/s are cold, and Polar Night/s are very cold.
– any Polar Day lasting more than 6-months signals climate change
– placing aluminum foil over your windows during Polar Day/s is considered normal Nordic interior decoration
– plush sleep goggles become your must-have item at home, and in your weekend bag 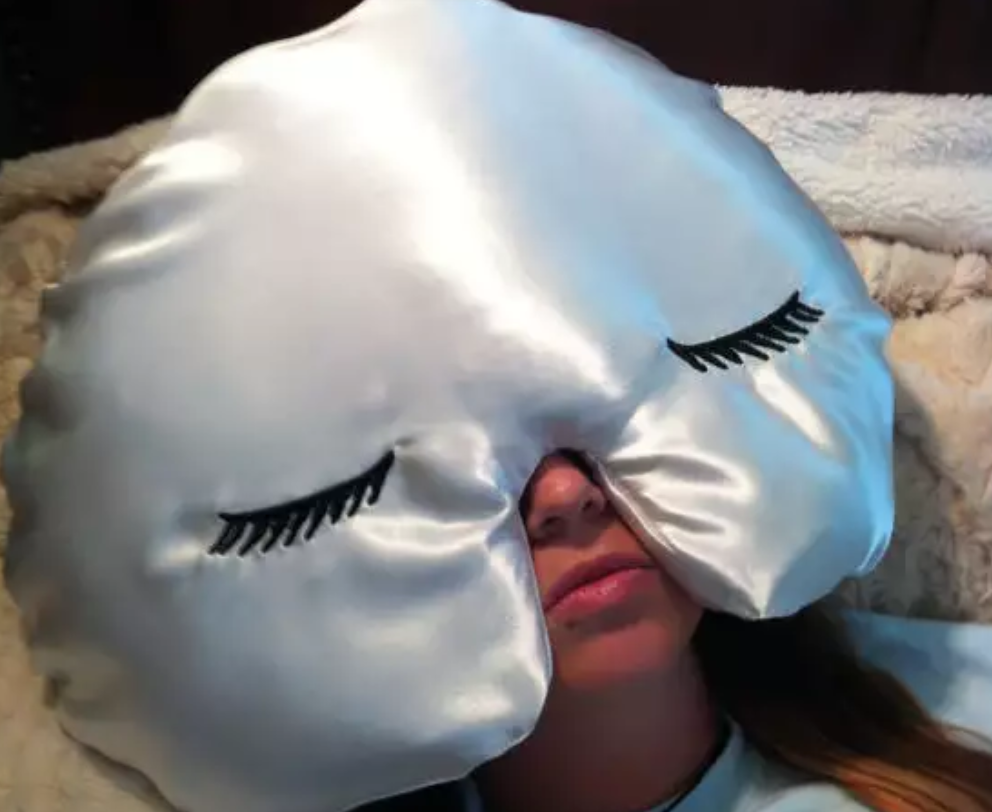 Polar Day essential for home, and for the weekend bag.

– any Polar Night/s lasting more than 6 months signals climate change
– at a restaurant, you ask if your fish is line-caught or trawled
– at a restaurant, you ask how soon your fish was bled after slaughter
– you do not dine at restaurants because, too expensive
– you do not dine at restaurants because, most chefs are not locals, and therefore have little idea how to cook fish, or how to cook
– you are invited to dinner with a local family and they serve you Grandiosa pizza, a local favourite food
– you are able to sleep through some of the most amazing solar wind storms that light up the entire Arctic sky in ethereal greens and purples because you know it happens ever so often
– skrei (wild caught cod) becomes one of your favourite foods to cook at home, butter pan-fried, with a touch of sea salt
– you feel right at home in a outsized fishing village turned global harbour, by using similar sounding vocals such as hùh? Singapore Colloquial English for “what?”, kà? Troms Norwegian for “what?” and và? Gothenburg Swedish for “what?” to indicate you’re totally lost

2018 to 2022 spent in the Arctic Circle has been an amazing lifetime experience, a privilege granted for which I am grateful. Thank you!