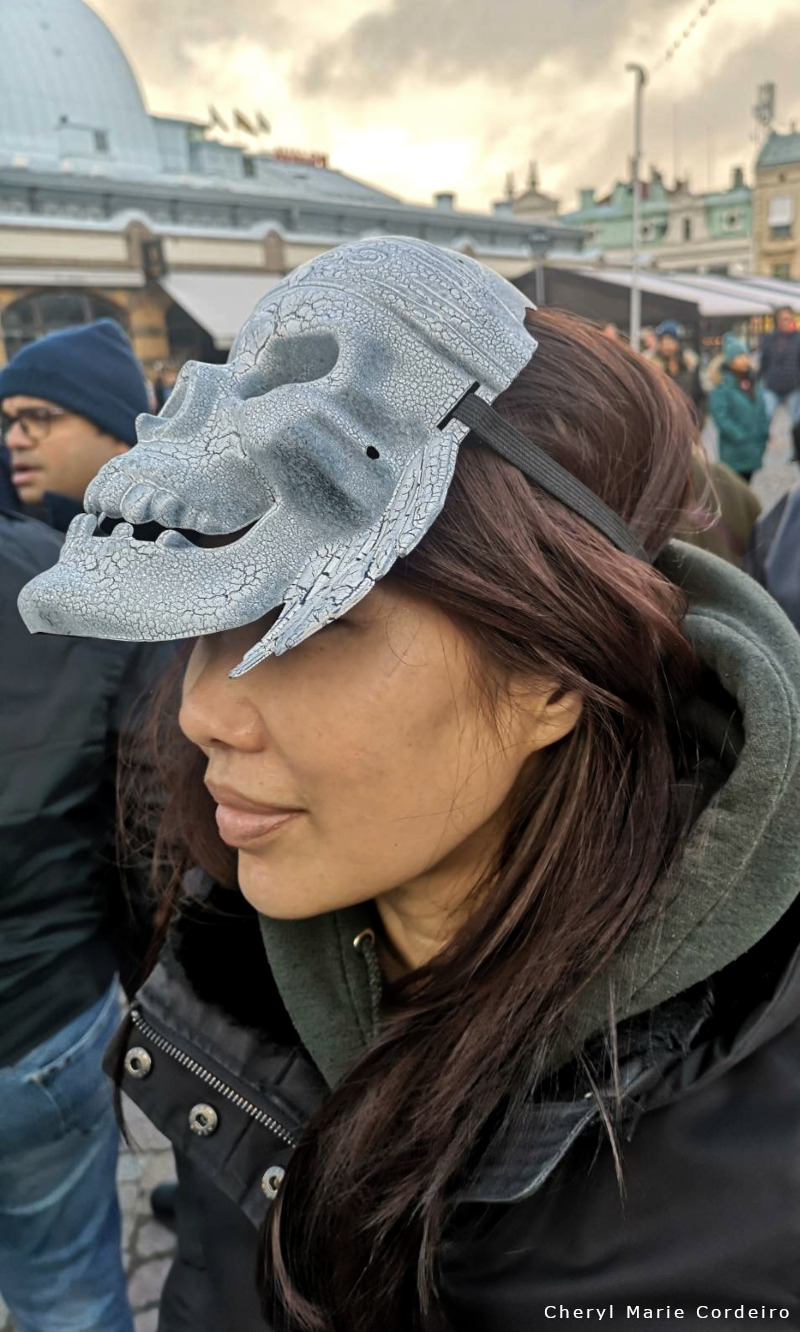 At Kungstorget, Gothenburg, Sweden, for the Ghost Parade or Spökparaden 2022 for the Feast of All Hallows.
Text & Photo © CM Cordeiro & JE Nilsson 2022

The Feast of All Hallows of alla helgons dag, is always celebrated in Sweden on the Saturday between 31 Oct. and 6 Nov. This year, the celebration was in the form of a ghost parade. I first saw the invite on Facebook with a modest note of 3 interested persons curious to attend. The organizers were attempting for a Guinness World Records for largest spook parade. The instructions attached to the event invite were, “Come dressed as a ghost”. That didn’t sound too demanding at all, and being inner witches and warlords, we thought it fun to impersonate a relative.

The Gothenburg skies were a tad grey and rain threatened at the horizon. There were many people out and about on the Saturday, but none were dressed as ghosts, or else, they hid very well. I texted my girlfriend and she said she was on her way with a trail of small ghosts in hand. And I brightened at the thought of that. So we were indeed going to be 3 ghosts at the parade square. I marveled at the accuracy of social media counters.

As the skies turned darker and rain began to pour, ghosts decided to show up on scene. Hundreds of them. They were notably mostly tiny, adorable ones, but they were monsters nonetheless.

Several fashionable ghosts were spotted, from goth pixies to steampunk frankensteins. My absolute favorite was a man dressed in an 18th century long black coat, holding his head in one hand. He stood at the parade square right next to a man dressed in a bloodied doctor’s white coat. If he had combined his outfit with a stethoscope, he would’ve scared the living bejesus out of everyone.