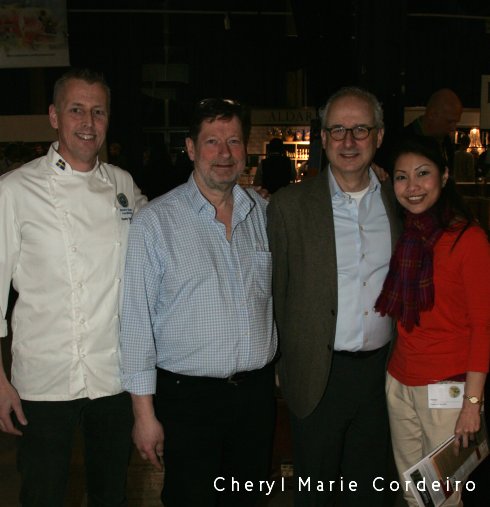 It’s hard to tell what I like the most with Passion för Mat 2012 (Passion for Food) at Eriksbergshallen in Gothenburg, but is has certainly made its way into my calendar as one of those must do events of the year.

Perhaps ultimately it is the socializing and meeting with all these people who love what they do, that cumulates in the air to a warmth and electric feeling of warmth and happiness that you rarely experience otherwise. 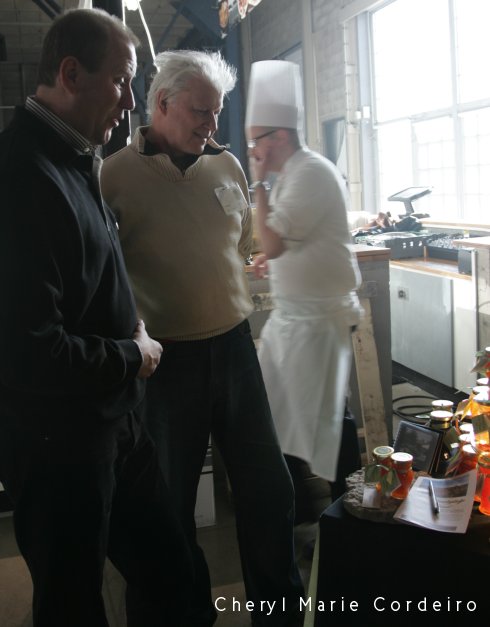 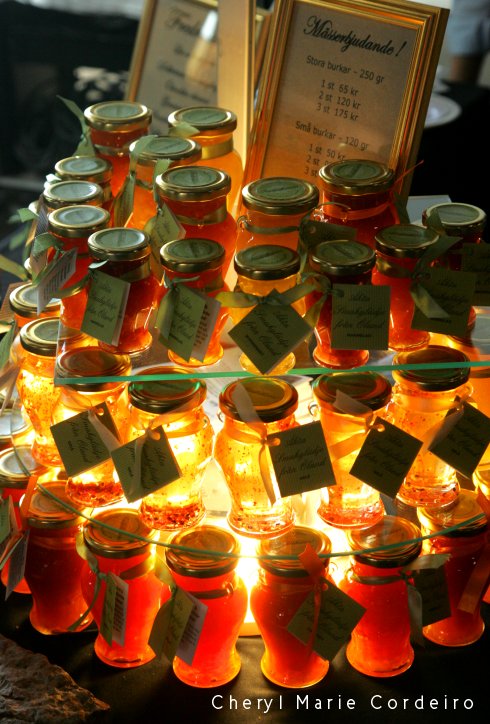 Mona and Christer from Fredrikssons Smakhantverk Öland AB displayed some of their homemade marmalades in an enticing lit up pyramid that showed off the content of the small glass containers.

There is so much talk about luxury today that the concept of ‘quality of life’ has taken a slight backstage, despite that they really should be one and the same thing. Personally, I think luxury includes that happy feeling of being wrapped in a sense of pampering and getting things absolutely the way you want it, and then some. 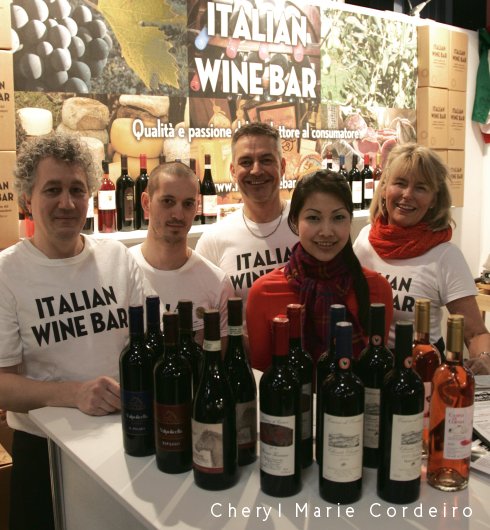 L-R: Martino Oliboni, Martin Oliboni, Gino Vettese, Cheryl Marie Cordeiro and Eva Vettese of Italian Wine Bar. The Italian Winebar introduces Tuscany and Veneto-boxes, a set of boxes you can order online. The boxes present a sample of the tastes and flavours of Tuscany and Valpolicella – the home of the Amarone – and a number of as always enticing cheeses, salami and all accessories that would give that perfect Italian touch to any event.

At this food fair, you’re all too well aware of the concepts of local produce, raw food and slow food, that it’s important to have time to sit down and eat etc. It is however, a different experience altogether to witness first hand, the realization of these concepts right at the various food stands! What you have here is the most delicious food you can think of prepared with utmost care by people who really know how to handle their produce, using the best ingredients there are – Passion for Food in a nutshell! 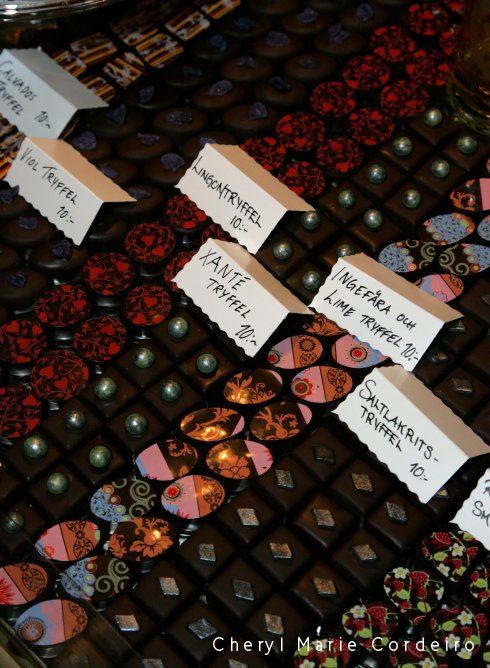 The Kanold girls are presenting their hand made candy, made at their combined store and factory at Saluhallen, in Gothenburg. 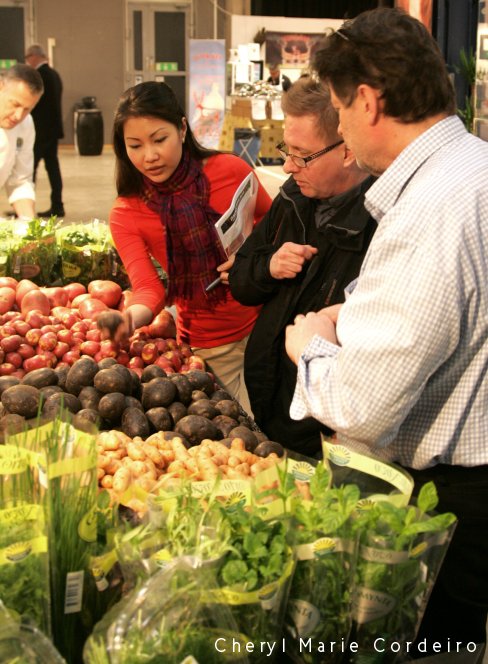 Cheryl Marie Cordeiro with “the Potato Guru” and author, Dan Berntsson, in the midst of presenting a new variety of exciting potatoes introduced in the Swedish market for the restaurant business and the discerning households. This year a ‘smiling potato’ and one variety that will cook ca. 30 percent faster than other varieties of potatoes! 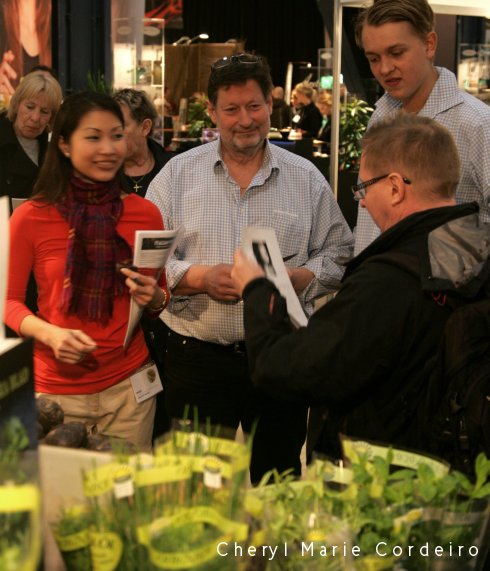 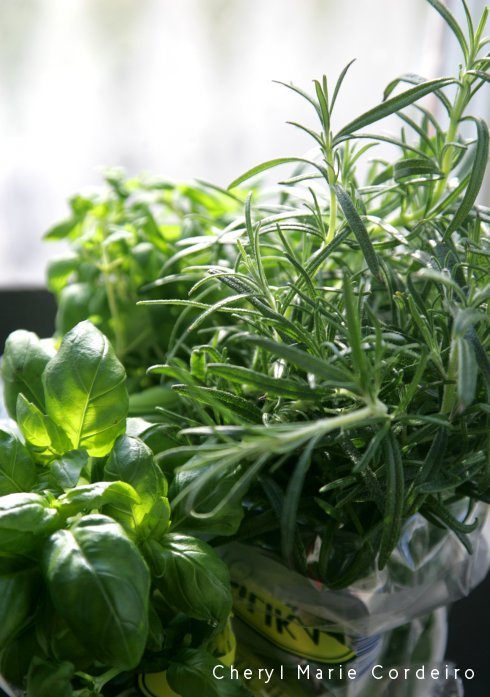 Fresh herbs, to be bought as pot plants. 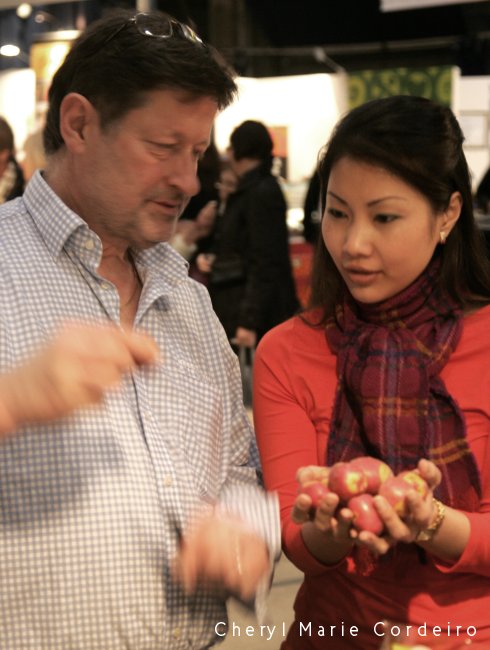 In previous years, it was Anya potatoes that were highlighted to me, this year, Dan points out the benefits of the Apache potato that he also calls the ‘smiling potato’. The Apache has a very striking appearance of warm red skin with cream coloured patches in the form of a ‘smile’. Small, textured surface and round in shape, this potato is unique in that it cooks faster than other potatoes. In terms of taste, it’s sweet, buttery with a hint of chestnut.

On stage and backstage 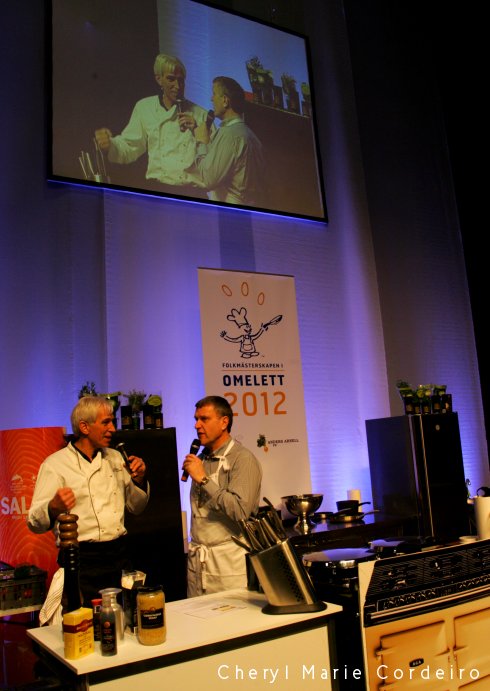 Anders Arnell, whose favourite food is Calf Liver Anglais, revealed some of his inspiration about the omelette competition:

The idea came up to me because I was looking for some event that could attract people of different cooking skills to be able to participate. The omelette was perfect because it is both very easy to do and at the same time, very complicated if you want to reach absolute perfection. This means it involves the whole chain in gastronomy. It is important to be very straight forward with the raw materials and don’t hesitate to use products from the industry of high quality. This is to exemplify löjrom, goose liver, pasta, marmalade etc.

Some of the more innovative omelettes include:

Using salmon in different ways. Sushi and sashimi is really big favorites. Fruit in combination with salmon is also one of the ultimate combination.

This spring Anders will also be opening a small restaurant in the coastal city of Mastrand which have always been a place close to his heart, at the end of April 2012. An adventure he’d been planning for more than 20 years. The restaurant will be a concept restaurant with a nautical theme. We can’t wait to go see him when this is launched. 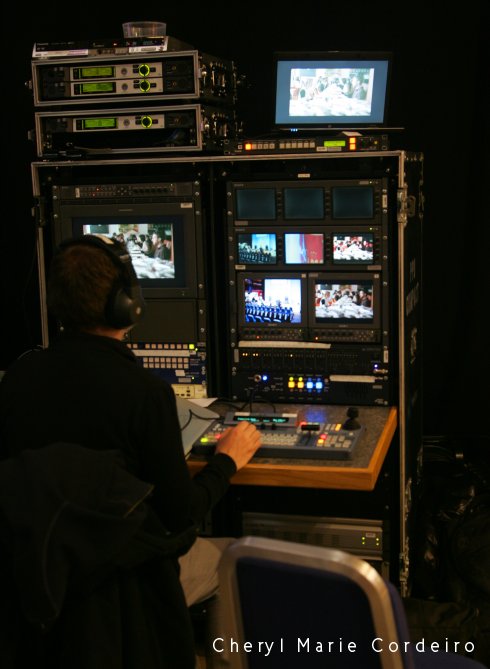 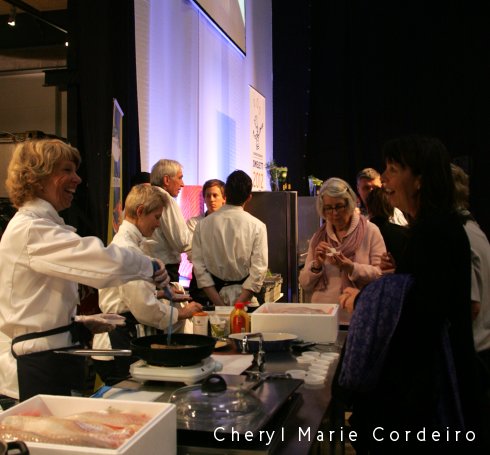 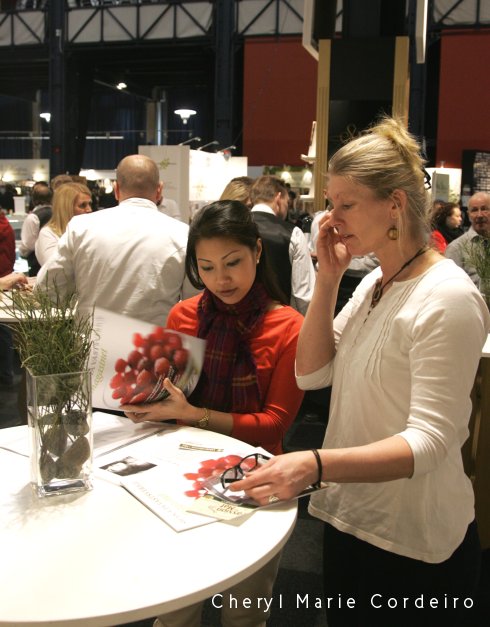 Taste of West Sweden is an umbrella brand owned and operated by the West Swedish Tourism Board with its regional resource center in the west of Sweden. The organization’s concept aims to package food products into an accessible and communicable whole that ensures quality content. The brand encompasses producers, farm shops, grocery stores and brings these names to fairs, events and restaurant bars in Sweden.

Kerstin Johansson has great interest and ambition of encouraging more people to take the step towards starting businesses with small-scale food development and refinement in any form. She helps pilots and start-ups establish their companies with educating the public about them, networking and more. She has had several years experienece working in the dairy industry on dairy products. 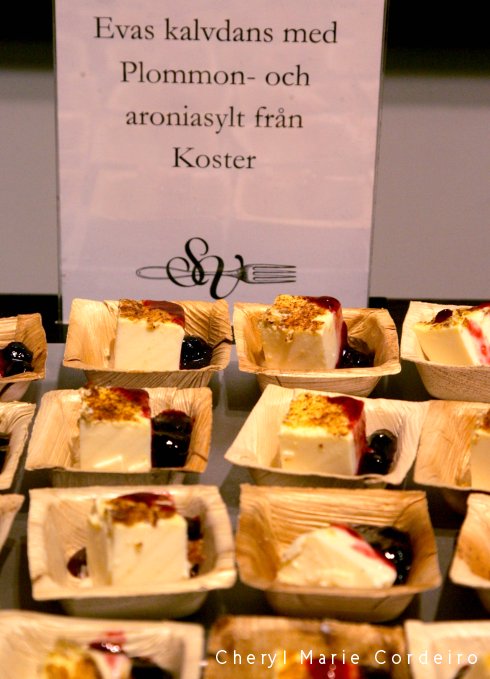 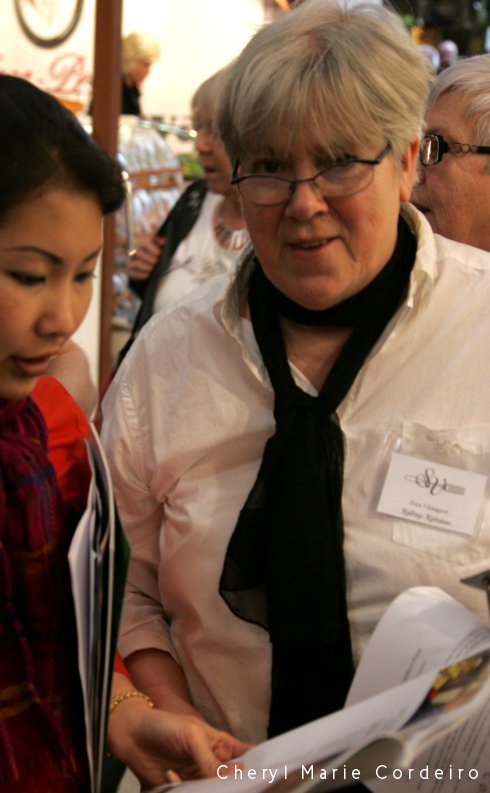 Kalvdans or beestings pudding is made from the colostrum of cows which is extremely nutritious and very rich in protein. Beestings Pudding is a traditional and old-fashioned Swedish delicates dessert that for Swedes calls to mind good country living. Considered a rare luxury, it wasn’t before 2004 that Ewa Vikingson and some colleagues began trying to develop kalvdans for commercial sale. It took them a year’s of work before succeeding. The colostrum is seasoned and baked with little else added than some vanilla, cinnamon or cardamom for flavouring.

Currently beestings pudding is served only in gourmet restaurants in Sweden and is included in the prestigious Slow Food “Ark of Taste” in Sweden since 2008. 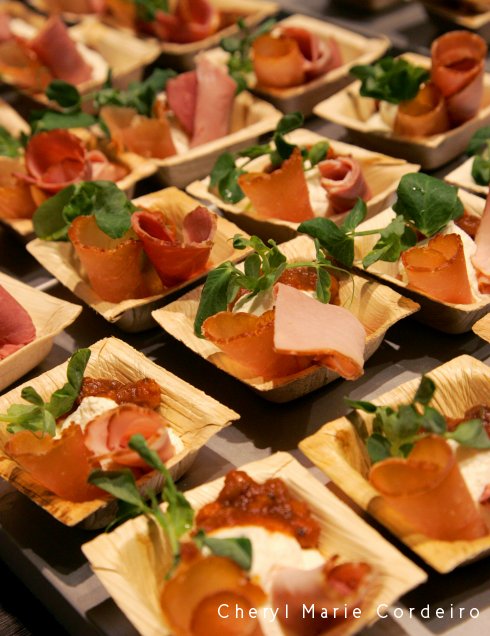 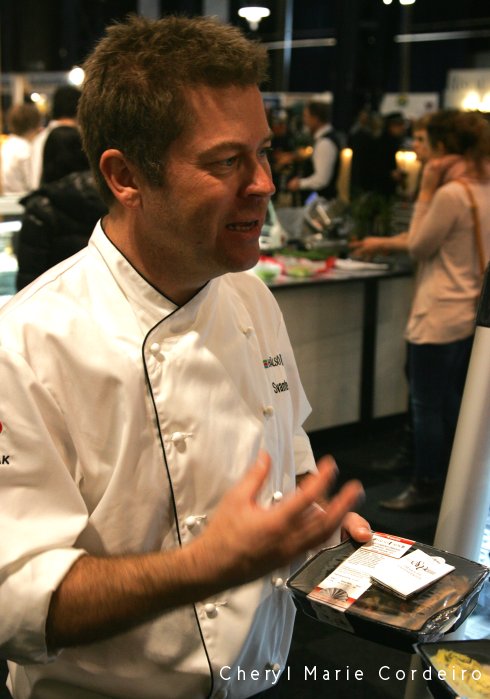 Svante Wedin of Hälsö Fisk, explaining the idea behind his products that include a revolutionary way to pack food by Torus Pak which makes it easy to serve the pre-made dish onto a real plate for a much nicer dining experience. 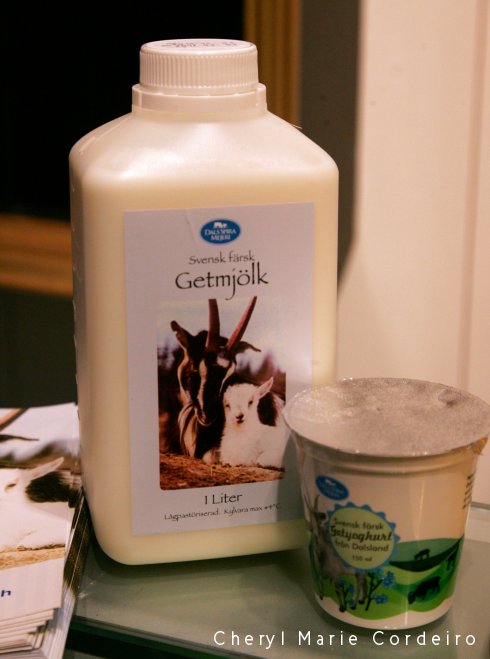 This goat milk and goat yoghurt pictured above comes from the multi award winning dairy company Dals Spira Mejeri in the south-western province of Dalsland. They indeed stretched the limits on how local you can get, by being able to tell us the names of their goats that appeared in their brochure, to us. The goat milk yoghurt we tested was also absolutely gorgeous. 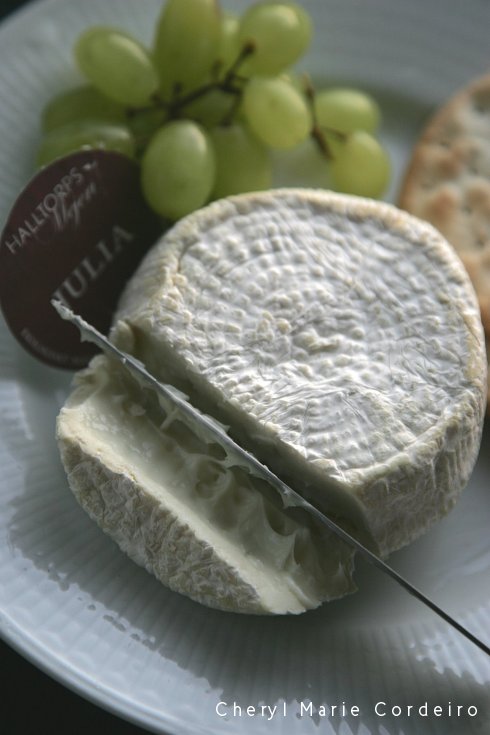 Anna Kaijser from Halltorps Mejeri, Trollhättan introduced us to the ’Julia’ goat milk desert cheese, ripened to perfection. This Swedish goat milk cheese is certainly on par with the best I have ever tried and an absolute complementary must on any cheese table. With its unique flavor it is an excellent complement to all those indifferent bries and camemberts we see so much of.

There are plenty more fantastic people that we haven’t had the opportunity to feature in this space, though we know they all share a similar philosophy of life and approach to quality living, good food and wine from harvest to table.

Passion för Mat 2012 has been an excellent opportunity and space to meet you All!