Dining across cultures and the Chinese mid-autumn festival, in Sweden 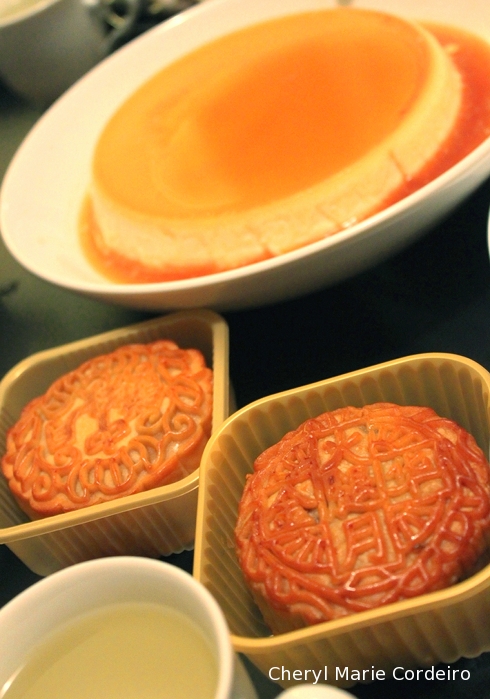 In celebration of the autumn equinox in Chinese tradition in Sweden, mooncakes. In the background, crème caramel.
Text and Photo © JE Nilsson and CM Cordeiro 2012

This weekend marked the mid-autumn festival celebrated most notably by the Chinese and Vietnamese cultures in Asia, in conjunction with the autumnal equinox and autumn harvests. Associated with the full moon, what makes part of this festival fun is the varieties of mooncake available as culinary adventure.

I read and viewed with interest, CNN’s story on the modern Mooncake by Ramy Inocencio, where I couldn’t help but notice how the three featured modern mooncakes were in themselves, a result of a fusion of culinary cultures, from using sweet white wine with custard to incorporating salty Itailan parma ham with sweetened nuts in another version of the hand moulded mooncakes. 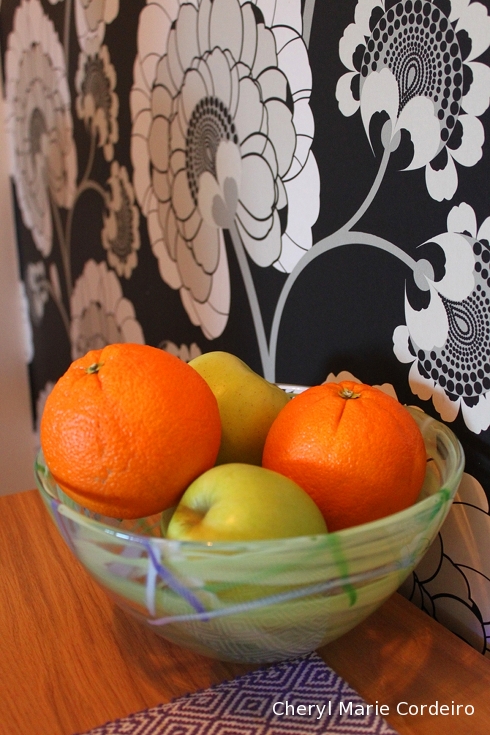 Growing up in Singapore against a multicultural mix of festivals, myself being Eurasian, with a different culinary heritage from many close Chinese friends, I’ve come to know the mid-autumn festival as “mooncake season”, the signal of the autumn equinox taking a back seat against the tropics and one would know of mid-autumn not by the change of colours in the landscape or the falling red, gold and yellow leaves, but more by the filling of the baker’s shelves with all sorts of mooncakes.

As a sign of the times of greater individual mobility and global processes, this year lent an opportunity for a celebration of the Chinese mid-autumn festival with friends right here in Sweden with the more traditional flavours of mooncakes, sans candlelit paper lanterns. The evening’s cultural celebration began with a likely, yet unlikely session of dumpling making. 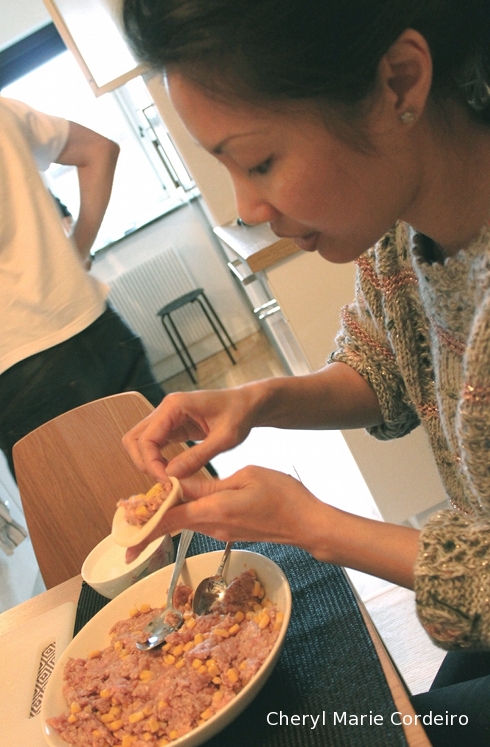 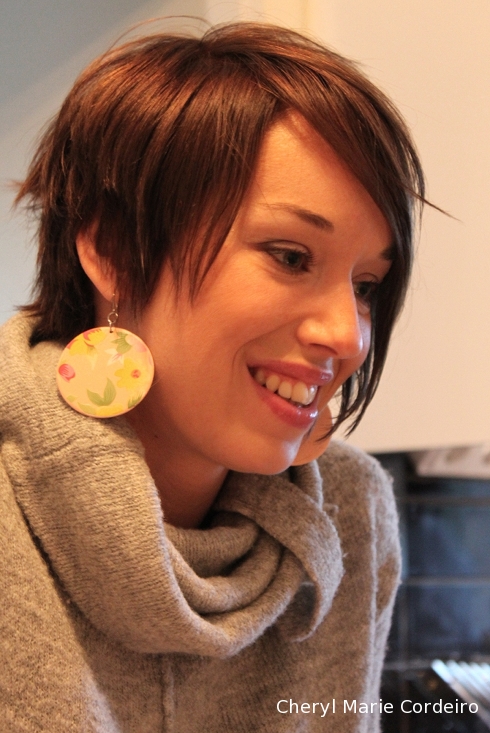 The ubiquitous dumpling is so omnipresent in Asian and Southeast-Asian cuisine that one hardly takes notice of it at the table anymore, except come mid-autumn festival when really, any food item besides the mooncake during these days would potentially raise eyebrows.

Eaten usually over the New Year’s since the time of the Ming Dynasty in China, dumplings are symbols of good luck and happiness, their shape signifying gold and silver ingots. In China and in Hong Kong, the mid-autumn festival is marked by family reunions, where dumpling making makes a good opportunity for socializing around the table, before dinner proper. So it wasn’t the food per se that was symbolic here, rather the consensus was the socializing process of the making of dumplings was more important – besides which, none of us had brought our wooden mooncake moulds from Asia to Sweden, so that naturally cancelled mooncake making altogether for this year, acknowledging that the fun was all in the tapping in getting the mooncake out of its mould. 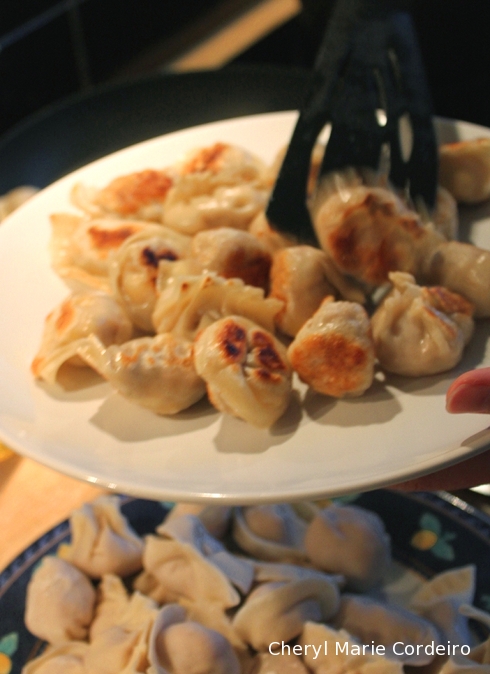 Stuffed with meat and vegetables, in northern China the dumpling was called “Tiao” (“horn”) or “bianshi” (“flat food”) due to its shape, where even the placing of the raw dumplings on a platter before cooking was symbolic, preferably arranged in a circle to symbolize a family reunion, and for all practical purposes in my view, a circular arrangement would make it easier handling for cooking thereafter.

It is also not uncommon to scout for the best dumplings in town, especially when travelling. In Shanghai, Din Tai Fung restaurant could well be recommended, their obsession with details to the making of the dumpling gaining them quite a legion of followers across the world. 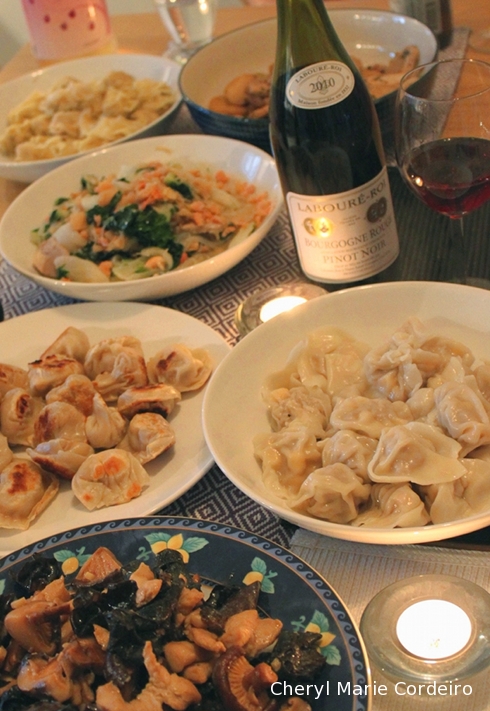 A spread of Guangzhou fare to mark both housewarming and mid-autumn festivities in Sweden.

I was fascinated too, with other stories and life experiences shared around the table during dumpling making, adding to that, a touch of observation about cross-cultural group dynamics. In the style of facilitative management, it was decided that we could each come up with our own comfortable shape of dumpling, which were then fried or boiled, so everyone had their wishes catered to. Dumpling making is certainly an art where most famous places would gain credit due to their meticulousness in dumpling details. In this particular group however, creativity was encouraged over perfection. 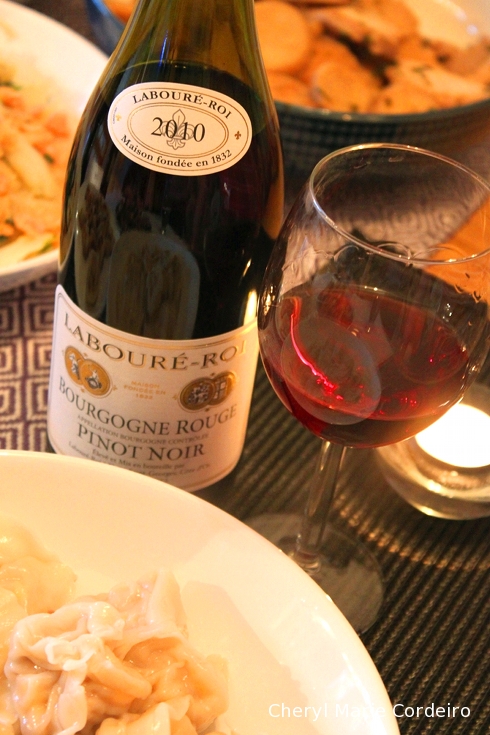 Dining across cultures. A pinot noir from the Languedoc-Roussillon vineyards. The hostess for the evening seemed a fan of the famed French region of Burgundy, in particular, the historic Burgundian house of Labouré-Roi. 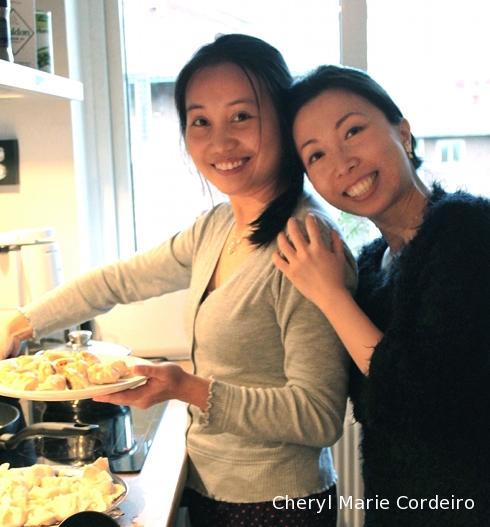 The evening’s celebrations proved friendly and more than interesting, since the process of bridging cultural gaps when moving countries is seldom smooth, the signs of which I personally recognize, ones that begin with the padding of yourself with all things as familiar as possible of a past, that in the near future, you would no longer view with the same eyes or heart.

Apart from the mid-autumn festivities, this weekend also marked a celebration of a step forward in life, and a cozy housewarming party to a friend of mine who manages to bridge life between China and Sweden.

A heartfelt Thank You! to the hostess for the dinner invite and pleasant evening!