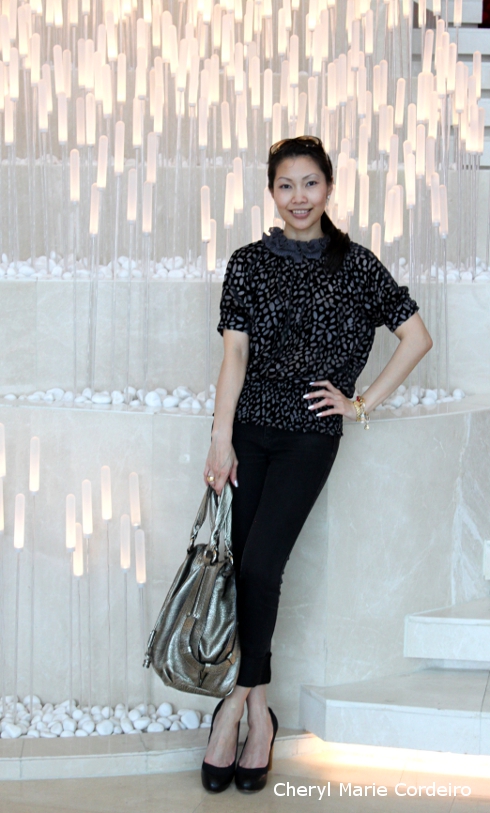 Having grown up in Singapore, I’ve had the opportunity to observe Sentosa transform from a relatively quiet and exotic city getaway with accessible beaches that you could drive up to, park and picnic if you so wished, to one filled with attractions today such as Universal Studios alongside Resorts World that have both locals and visitors gather by the hundreds over the weekends for some fun.

This time my curiosity was piqued about the American W Hotels Worldwide’s newly opened W Singapore hotel and residences located at Sentosa Cove. A place targeted as part of the Singapore government’s efforts at building exclusive residential areas, this one in particular being currently the only seaside marina residential area in Singapore. 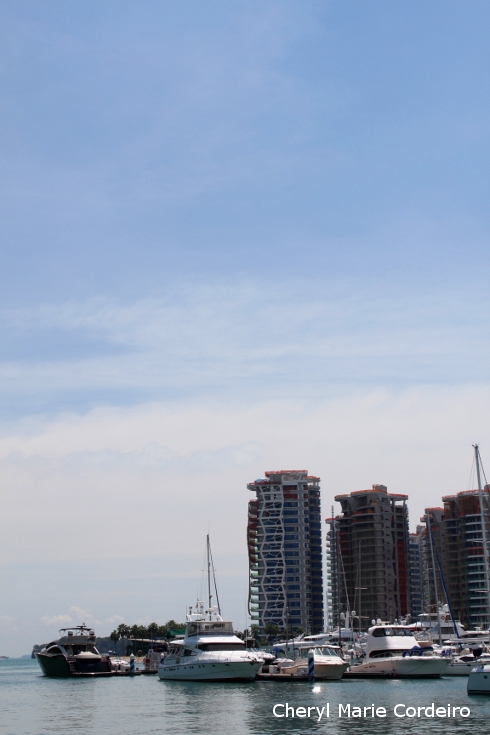 By the marina at Sentosa Cove.

Already as a child, my impressions of after coming home from a visit to Sentosa were often filled with ambivalence. I could never quite explain for example, the inseparable entities of silence and stillness that form the fundamental ambience of Sentosa Island till this day. Sentosa remains for me a strange mix of charm and history that in modernity, no matter how hard one tries to apply vivid luxurious tones, energized events and world-class entertainment to it, the adding of layer upon layer of bright paint still fails to mask the inherent solemness of the island.

This solemn silence is difficult to describe, being not one of serene tranquility, of the type you find along the Swedish west coast, that allows for you to hear the call of seals in the early hours of the morning and the lapping of waves against the rocks, but rather one of serenity in void.

As I stroll along the neat and tidy paths on Sentosa that leaves little reminder of the island’s past, it is as if time itself slows to a crawl that in turn mutes the surrounding sounds, where sounds from all attractions and all entertainment are but noise just loud enough to distract. What results is a juxtaposition of time in a space that remains locked in its own past. 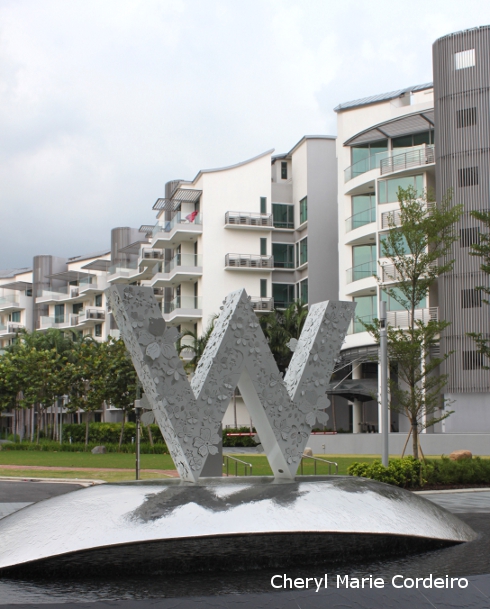 So it was no surprise that what struck me most about this part of Sentosa Cove at W Singapore, the hotel and its residences, that includes the marina, was the silence. Outdoors was the sunshine and at the marina, the imposing yachts were moored, but it was as if I was staring at a picture instead of the real thing, displaced in time. Not a sound of a wave, though I could see the waves hit the bottom of the boats, not a sea breeze to be felt and not a single adult or child walking along the docks of the marina, at the point in time where I stood. A surrealism with a spirit of which contrasted with what I knew from living along the Swedish west coast with likewise seaside residences. 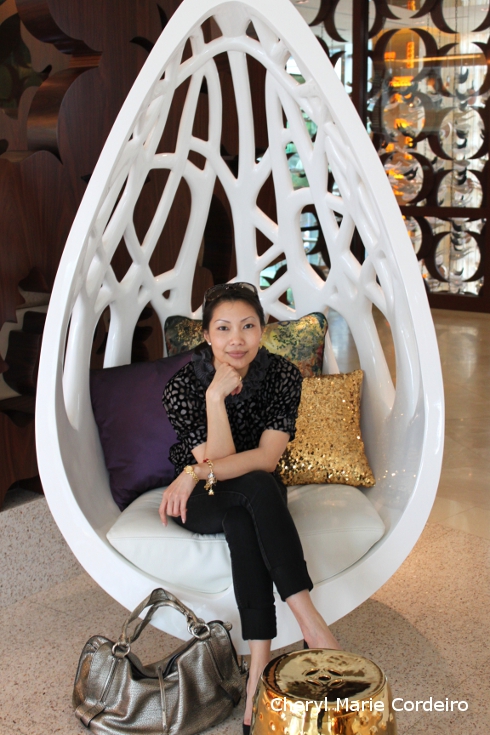 Urban designs that are reminiscent of the artworks of Finnish designer Eero Aarnio and the “Bubble Chair” of 1968 and Antoni Gaudí, the gates of his Casa Milà or La Pedrera for example, where design and architecture are seen as multifunctional pieces that is a fine balance between ergonomics with pragmatic applications.

Still, having experienced the type of absolute stillness that comes with Sentosa Island, I not so much fear it today as accept that this is what it is. Besides which, when it comes to being in Singapore, any form of quiet and tranquil would be a precious rare encounter today, where on one level, I appreciated that very solemn aspect of it that allowed me the peace of mind to explore some on my own, feeling perfectly comfortable strolling a little farther up the sidewalk to the docks of the no doubt, plush marina.

Walking back into the entrance of the hotel, true to its W Hotels corporate efforts, fashion and function merged in its architectural spaces, creating interesting conceptual enclaves that enticed you to move in and explore further the use of it. To me, a good effort to try to lift the melancholy in the air and the accompanying heaviness that you can feel so strongly with each step on the island. The eclectic selection of ostentatious pieces that purposefully squanders the very concept of luxury thus proving the point tautologically, reminded me of the Sanderson in London just but a few years ago – ultra decadent, ultra hip and a blatant invite towards Joseph Conrad’s Heart of Darkness. And many would allow themselves to follow, without regrets. 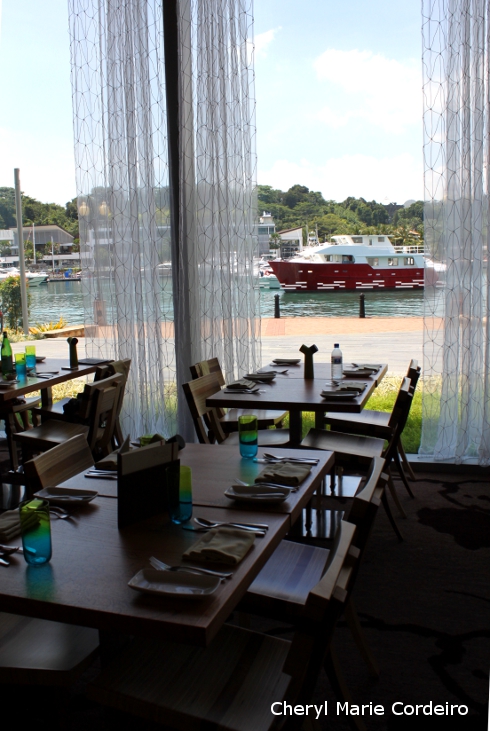 Looking out towards the marina.

Settling at The Kitchen Table, the restaurant never quite filled up over lunch, a fact that by having lived in Sweden for more than a decade, I have learnt to appreciate more so than the lunch hour rushes on weekends at most shopping malls in Singapore. The concept of ‘luxury’ between Scandinavia and Asia is widely different in terms of value systems, the former placing prestige on quality time to the family and self, where having time to do as one pleases on any day of the week carries more distinction than the actual salary package brought home. Understated sophistication in Scandinavia is preferred over size, bling and glamour that so much of Asia would right now understand as luxury.

It is this inability to come to terms with varying values and representations that contributed to the failing sales target of Volvo Cars (5 Nov, FT) in China for example, and one that costed former Volvo Cars CEO Stefan Jacoby more than just his job (27 Sept, Bloomberg). 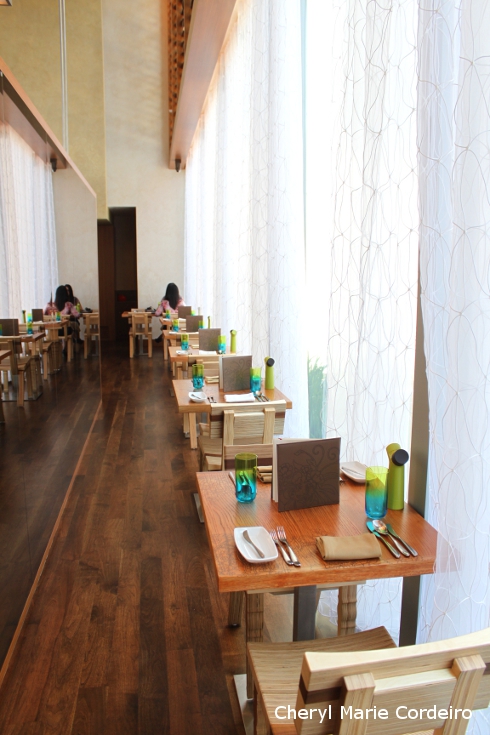 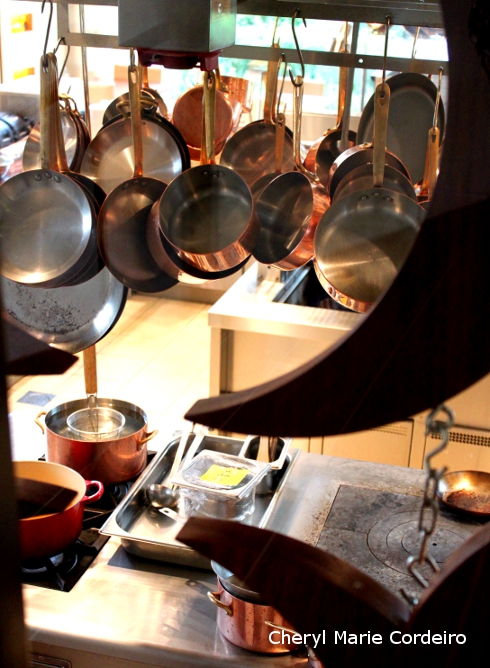 The Kitchen Table offers a comfortable and cozy open dining concept for residents and visitors alike to mix and mingle after office hours or on the weekends, without having to worry over cooking or dining farther away than 200m from the apartment. Dark wood set against modern tones in utensil design, where sophisticated pouring canisters and colourful glasses make up the atmosphere of this space. The menu offers almost sixteen different desserts to choose from to round off your meal. 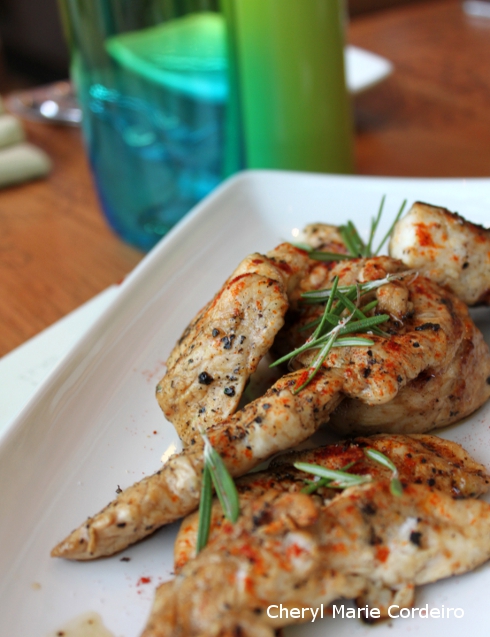 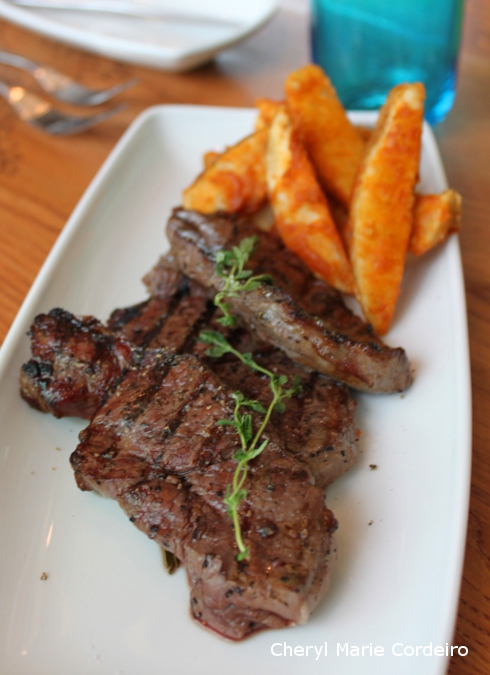 and Lamb with thyme. I could not decipher if this was an experiment in taste or a lack of knowledge in culinary fundamentals. 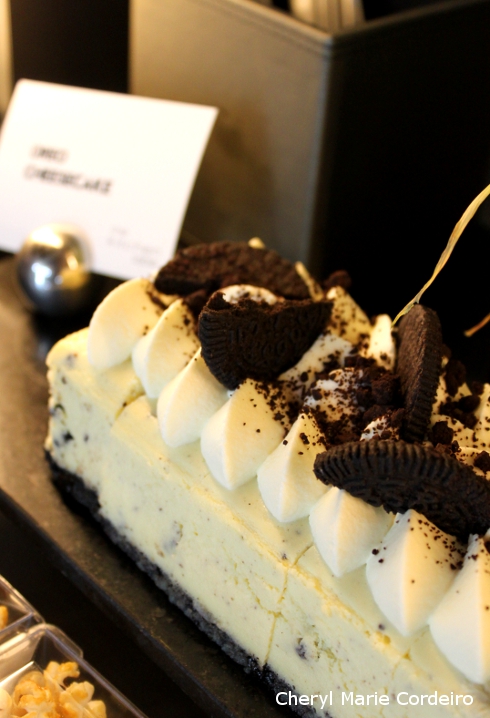 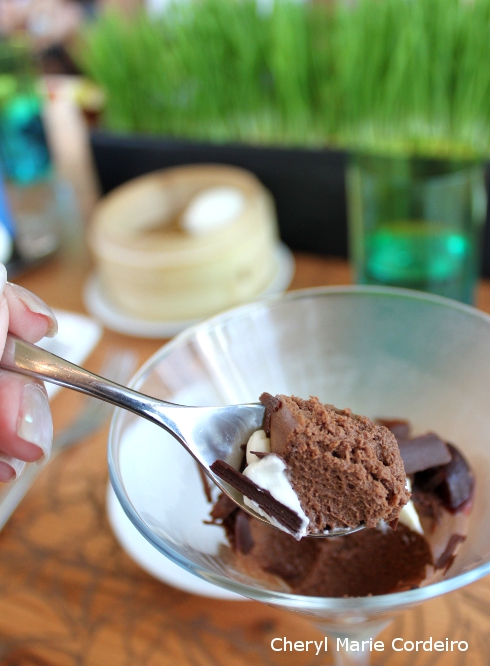 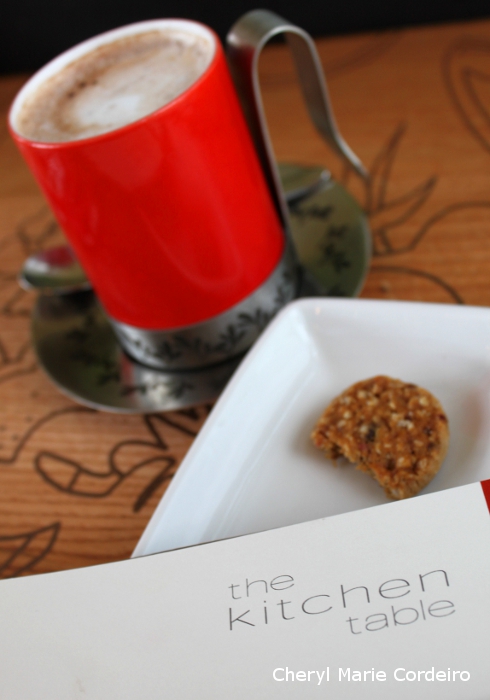 Certain designs in the hotel lobby strike a certain mumber of Barcelonean cords, but if it is Spanish chocolate you crave, nothing comes up to Barcelona itself or a good second best, the hot chocolate of Catalunya Singapore.

Despite my ambivalence that comes with each visit to Sentosa till this day, W Singapore is a lovely place to be. It is just 20 minutes away from the ever popular Tanjong Beach at Sentosa, where you could find yourself once again in the middle of a safe crowd, if Sentosa Cove ever proves just a tad too tranquil.

One thought on “The tranquil at W Singapore, Sentosa Cove, Singapore”